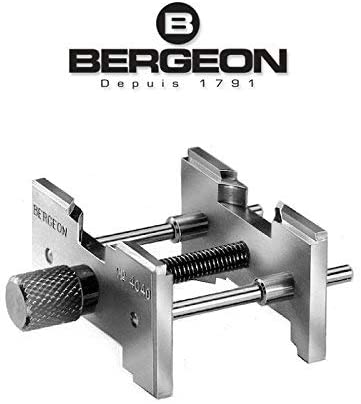 When working on watches, either professionally or as a hobby, having the right tools for the job is crucial. Without the proper tools, you may have a hard time executing the task, or even worse, may damage the watch.

The primary issue with the cheaper alternatives is that they don’t hold the movement as well as the more qualitative alternatives. And after all, this is the single most important feature in order to keep the movement sturdy and prevent slipping and potentially damaging the movement. Yes, if you are only working on a cheap movement for fun and to learn, the cheap alternatives will do the job, but knowing the risk of the holders potentially not doing the job properly, it is advised that you don’t satisfy with the lower-end holders, in particular, if you have a nice, high-end movement. What you win on one end, you may lose on the other.

To help you, we list some of the best watch movement holders. For those who only work on movements for fun, we have included some cheaper alternatives as well, so don’t worry.

When it comes to watch accessories and tools, Bergeon is one of the best in the game. Their tools are made in Switzerland, and equally so this movement holder.

As you would expect from all of their products, it is of high quality and offers great precision. A lot of people argue that this is one of the best holders out there. It is an extensible and reversible movement holder for movements from 8 3/4”’ to 19’’’.  It is adjusted via the screw in order to allow for a perfect fit and sturdy hold. It is chromium-plated and sanded.

Horotec is another well-known Swiss manufacturer of watch tools and accessories. This holder is specially made for Rolex movements, in particular the 3035 and 3135, so if you plan on working on a Rolex movement, this is one of the best options. 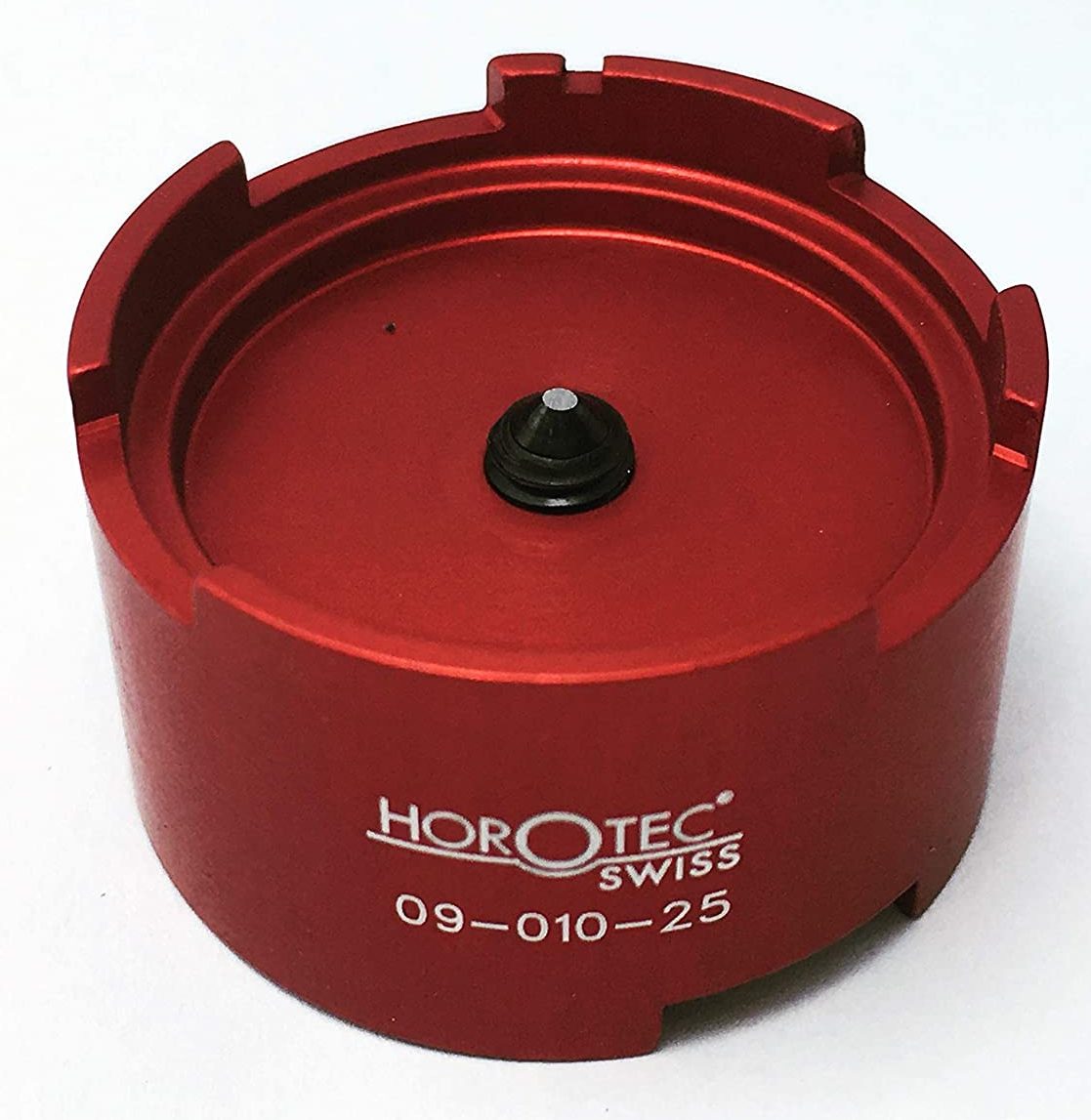 This is another movement holder from Bergeon. Unlike the other, it is not made in metal, but instead in synthetic material. Some people prefer this seeing the material is softer and may reduce the risk of damaging or scratching the movement.

It can hold movements that are 3 3/4”’ to 11”’ and can be adjusted using the screw for a perfect fit and sturdy hold. 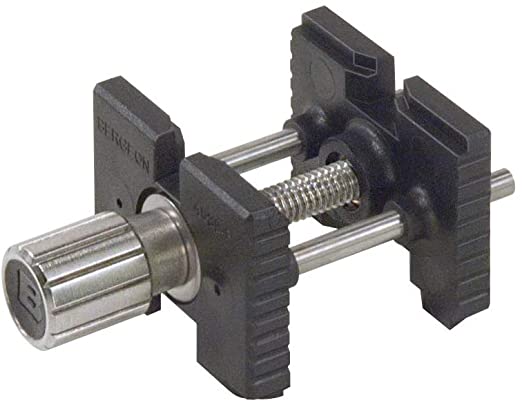 This Bergeon watch movement holder is movement-specific and specially made for ETA and Sellita movements. More specifically the ETA 7750 – 7758 / SW500 Base -ETA-775X. It will work for other movements as well but has been specially developed for a perfect fit for these movements.

The holder is made of anodized aluminum with hardened steel support screws with polished tips.

Another watch movement holder is the Bergeon 55-057. This holder has 4 adjustable, slip-resistant plastic jaws to keep it in place and prevent slipping.
The holders built so that it can hold watches without having to remove the bracelet. 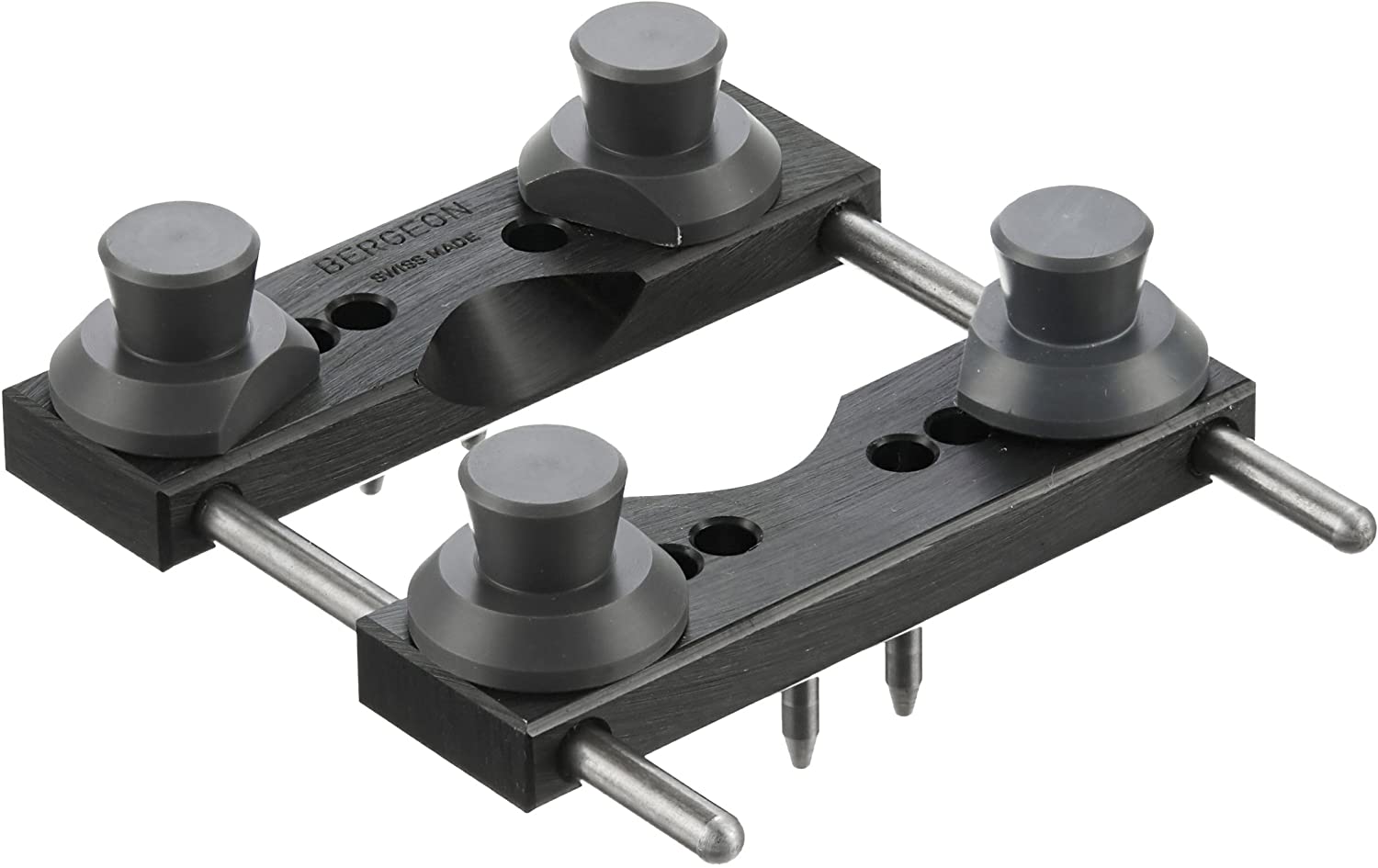 This is one of the cheaper alternatives when it comes to watch movement holders. With that said, it will do the job, but it is important when using it that you are careful in order not to slip.

The holder has four pins to keep it in place which are made in plastic to prevent any scratches. 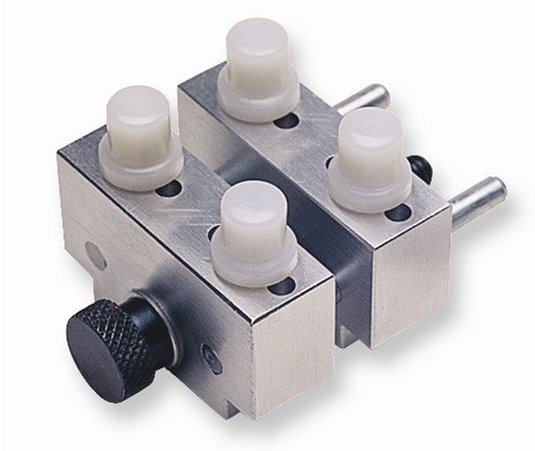 Lastly, this is a movement holder made of duroplast, a durable plastic. It has a sturdy design to keep the movement in place. It is specially made for the caliber ETA 7750 – 7770 but can work for other movements as well.

This is one of the cheapest alternatives. Don’t exactly expect wonders, but it will do the job. This is good if you are only starting out and don’t want to go for the higher end alternatives just yet. 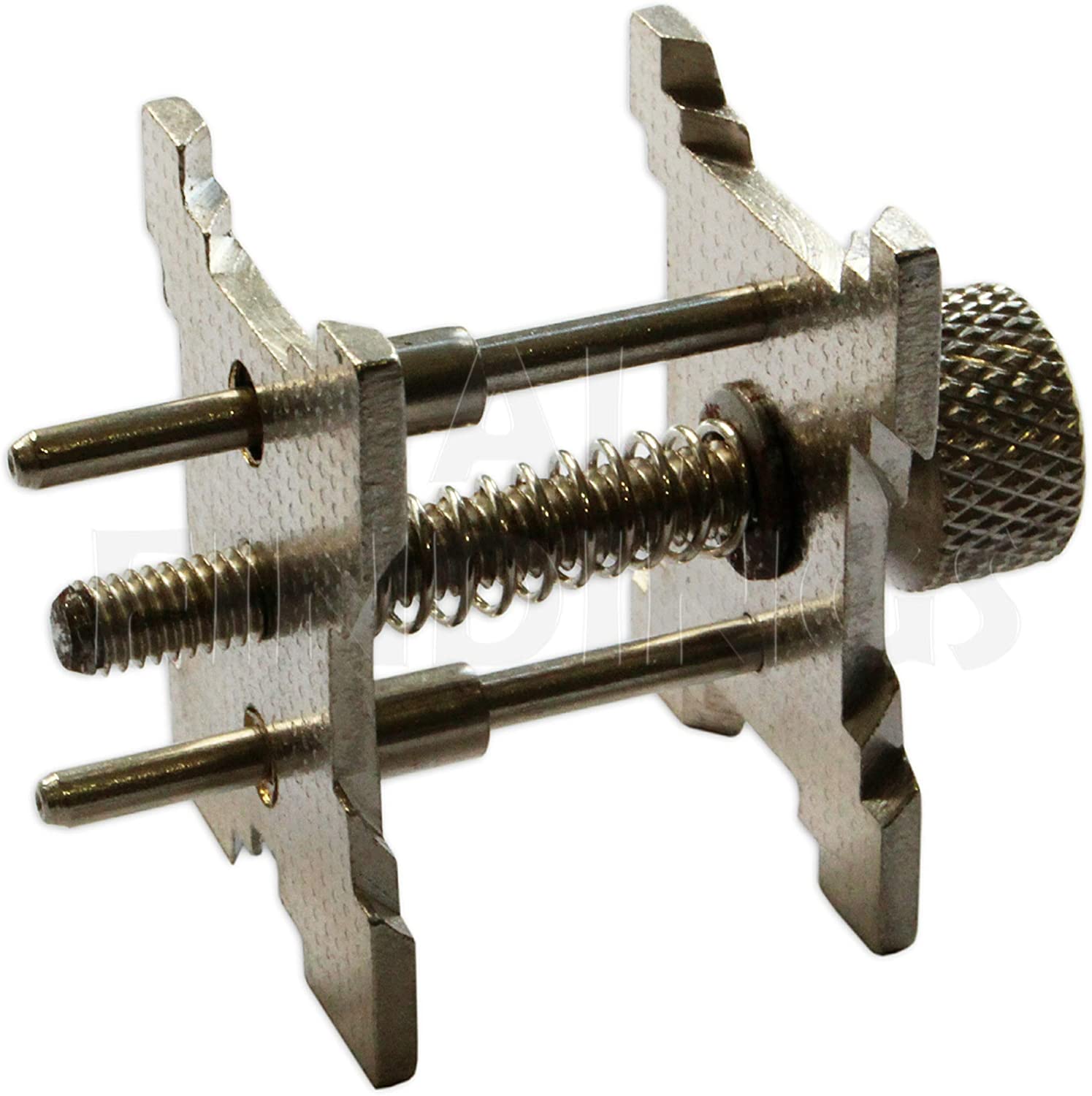