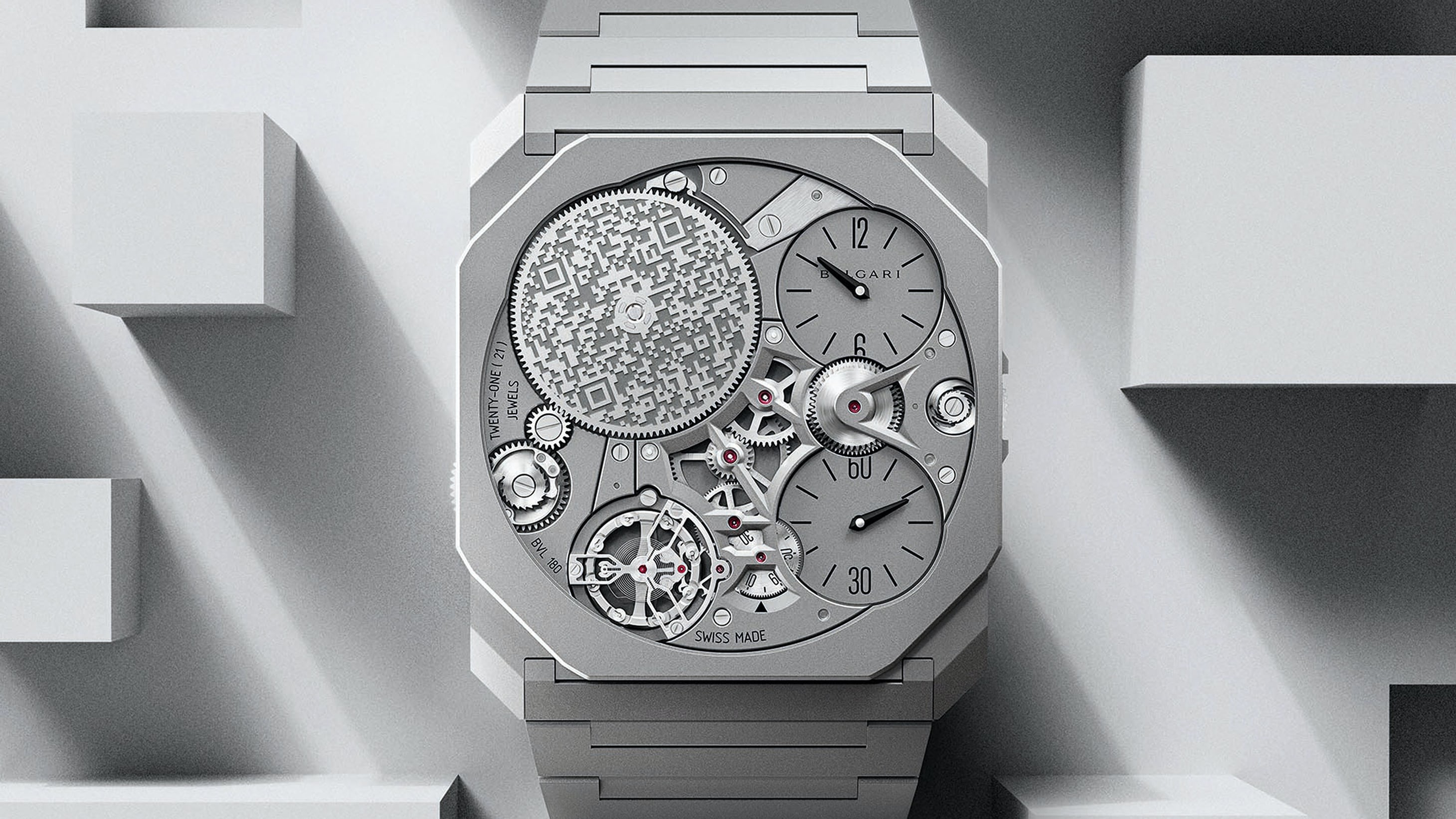 Bulgari is one of the most iconic luxury brands in the world. The company is perhaps most known for its extraordinary and striking jewelry but also manufactures watches.

In the last couple of years, Bulgari has doubled down on watchmaking and started to create wristwatches that are able to compete with some of the most prestigious brands that solely focus on timepieces. Whilst Bulgari was predominantly known for extravagant and incredible jewelry creations, the company is more and more building a reputation for itself as a true watchmaker.

If you’re curious to learn more about Bulgari (or Bvlgari), its history, the brand, and products, you have come to the right place. In this article, we are taking a closer look at some of the most interesting facts about Bulgari.

1. Bulgari is one of Italy’s oldest (and most successful) jewelry companies

In fact, Bulgari is one of the most successful and oldest jewelry houses in the whole world. Whilst there are certainly older companies, few of them still stand today and have the same strength as Bulgari. Bulgari was founded in Italy in 1884 and enjoys an exceptional reputation and prestige and is regarded as one of the top jewelry houses.

2. Bulgari does not only make jewelry

Bulgari started out as a jewelry house focusing on prestigious and luxurious creations. And whilst that is what the company is most known for today, it has expanded its products to include other items such as sunglasses, bags, watches, sunglasses, and other luxury accessories.

3. The name of the company comes from the founder

The name Bulgari comes from the name of the founder, Sotirios Boulgaris (in Italian, Sotirio Bulgari). Sotirios was born in Greece and moved to Rome in 1884 where he opened his first store on via Sistina 85. He started small with just one shop but eventually grew it into an international brand.

A common question that people have is why Bulgari is stylized with a “V” instead of “U” when the name does in fact spell with a “U”.

As mentioned, the name comes from the founder but the replacement of the U for a V is a reference to ancient Rome according to the classical Latin alphabet.

Despite the use of a V in the brand name, it is still pronounced with a V. 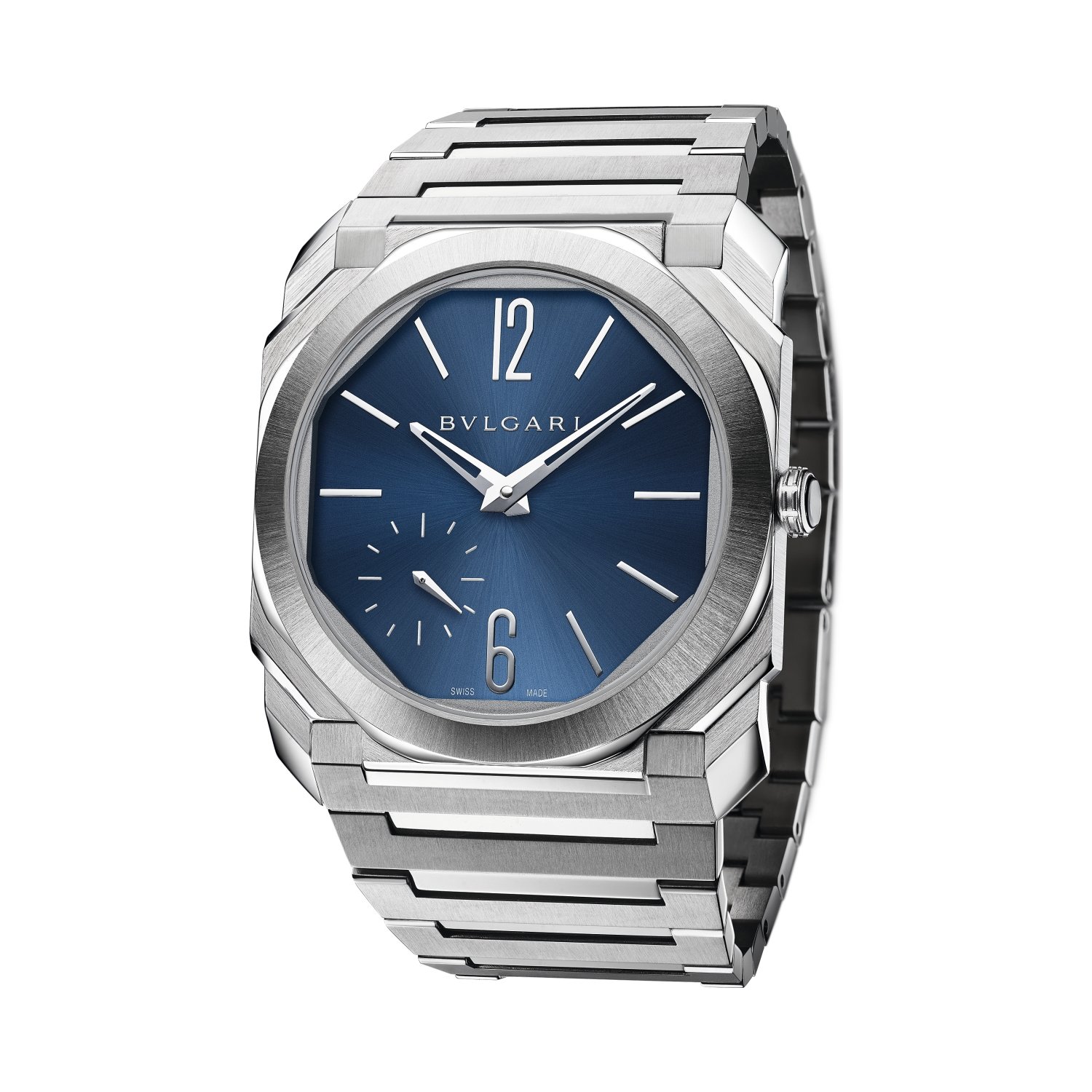 4. Bulgari was the first company to focus on colored gemstones

Over the course of the long history of the company, Bulgari has created many different special and extraordinary jewelry creations. One of the things that made Bulgari stand out during its early years is the fact that it was the first company to focus on using colored gemstones. As a result, Bulgari built a reputation for itself as a master of colored gemstones.

5. Bulgari was acquired by luxury conglomerate LVMH in 2011

In 2011, the luxury conglomerate LVMH signed a deal with the Bulgari family, owners of the company at the time. The family transferred all shares in the company to LVMH in an all-share deal for €4.3 billion ($6.0 billion) worth of stock in LVMH. The price paid was higher than LVMH had ever offered for any other company before.

In exchange for 3 percent of LVMH, Bulgari sold their 50.4 percent stake in Bulgari. As a result, they became the second biggest family shareholder behind the owner, Bernard Arnault.

By acquiring Bulgari, LVMH doubled the size of its watches and jewelry branch which prior only included TAG Heuer and De Beers.

Whilst Bulgari is most famous for its jewelry and luxury accessories, the family also makes wine. When LVMH acquired Bulgari from Paolo and Giovanni Bulgari, they decided to try something new as a family business. That new venture was wine-making.

Instead of using their own name, which could cause some confusion with the company they had just sold, they named the wine PonderNuovo after the estate in Tuscany, Italy, where the wine is made.

7. Bulgari has multiple hotels around the world

Did you know that Bulgari is not only a world-renowned jewelry house? The company also owns multiple hotels around the world which technically also makes it a hotel chain.

Bulgari has hotels in Milan and London as well as in Bali. Look out for The Bvlgari hotels for a first-class experience. Of course, you wouldn’t expect anything less than top-class when it comes to hotels from a brand like Bulgari, would you? Naturally, the hotels focus on luxury, exclusivity, and experiences out of the ordinary. The way the hotels are designed and decorated is also inspired by the DNA of the brand.

Bulgari stepped into the hotel industry in 2001 and partnered together with Mariott International to open numerous hotels around the world. 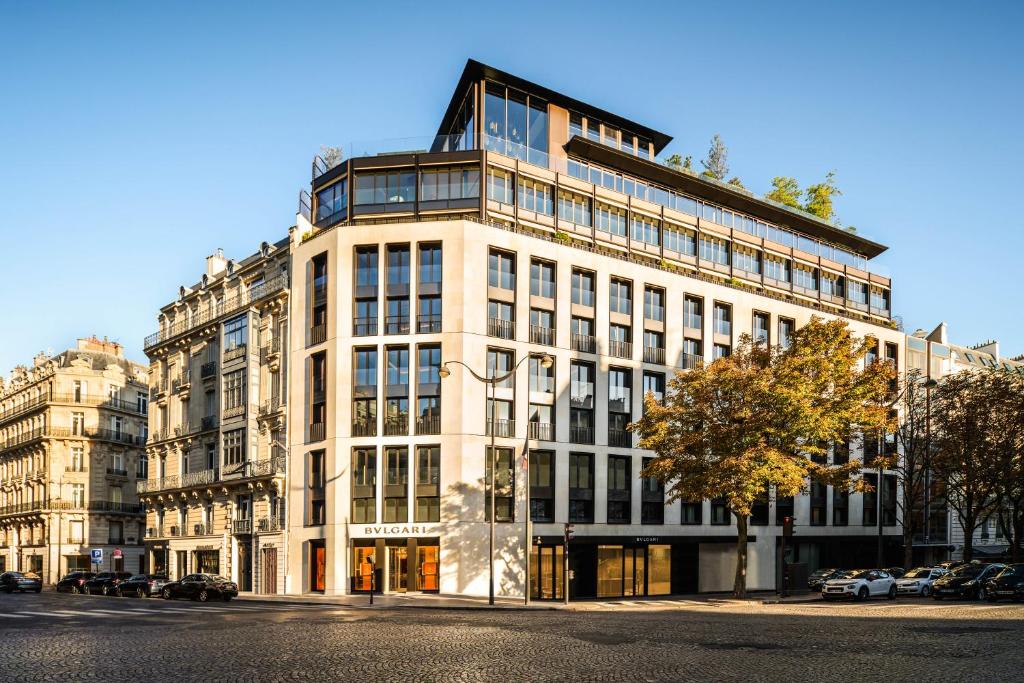 8. Bulgari has stores all over the world

Not only does the company have stores all over the world but they also have some of the most extraordinary and luxurious jewelry stores in the world.

One of the most special stores from the brand includes its boutique in Tokyo. This is the company’s largest store and it is located in the Bulgari Ginza Tower. In addition to working as a store, it also has a lounge bar and a restaurant.

9. The headquarters of Bulgari is situated in Rome, Italy

10. Bulgari sponsored the restoration of the Spanish steps in Rome

The Spanish steps are one of the most iconic landmarks of Rome and are a great culturally rich place. The staircase consists of 135 steps which were built between the years 1723 and 1726 and connects the Piazza di Spagna and Piazza Trinità dei Monti.

When the Spanish steps were in great need of restoration from all the heavy traffic from tourists and visitors, Bulgari stepped in. With Rome being an important city for the company, and with the headquarters’ proximity to the Spanish stairs, Bulgari donated $1.7 million to help with the restoration of the stairs. Prior to the renovation, the stairs had not been repaired or renovated since 1995 and with their popularity constantly increasing, the stairs had seen better days. The renovation of the stairs took ten months.

11. The Bulgari Trombino ring is one of the most iconic creations from the company

The Bulgari Trombino ring is recognized all around the world and is one of the most iconic rings ever created. Its design was inspired by the engagement ring which was designed for the founder’s soon-to-be wife, Leonilde Gulienetti. The Trombino ring was conceived in 1932.

A historically important and iconic Trombino ring was the ring that was designed for Elizabeth Taylor in 1971. This ring was created with a cabochon sapphire weighing more than 25 carats.

12. The inspiration of Bulgari designs

Bulgari jewelry follows a very clear theme and style and has remained unique and distinct throughout the brand’s history. The main inspiration for Bulgari’s jewelry comes from the Roman and Greek periods and of course the Italian Renaissance.

If you study all of these historic time periods, you’ll clearly see the connection between these periods and Bulgari’s creations and from where they have taken their inspirations. Moreover, Bulgari also takes inspiration from the Parisian Art Deco style which during the company’s earlier days was one of the capitals of luxury goods and played an important role in fashion.

Thanks to this, Bulgari’s creations also remain truly timeless and just as relevant today as 100 years from now.

13. Bulgari is a close supporter of the Save the Children fund

Bulgari is closely linked and associated with philanthropy. One of its philanthropy missions includes the support of the Save the Children fund.

In support of the fund, Bulgari launched a line of jewelry in the campaign “RaiseYourHand in 2009 which helped raise 50 million dollars for child education.

Bulgari established its partnership with Save the Children in 2009. That year, Bulgari raised over $27 million for the fund.

In 2022, Bulgari created the world’s thinnest watch, the Octo Finissimo Ultra measuring only 1.80mm in thickness.

Bulgari launched the Octo Finissimo model in 2014 and since then, they have actually managed to break more than one record. In just eight years, Bulgari set seven records for ultra-thin watches, including creating the world’s thinnest tourbillon, minute repeater, self-winding watch, self-winding tourbillon, chronograph, tourbillon chronograph, and perpetual calendar.

All of this has contributed to, as discussed at the beginning of this article, establishing Bulgari as a serious watchmaker that is able to compete with the most prestigious watch brands that have a considerably longer history than Bulgari. It goes to show that Bulgari takes its watches seriously and is a true luxury watchmaker to count on. It’s not just a company that buys off-the-shelf movement, puts its logo on watches, and then sells it with a healthy markup.

Bulgari is most synonymous with jewelry but with its watches, it is slowly but surely establishing itself as a key player in the luxury watch industry – an innovator and an expert watch company.