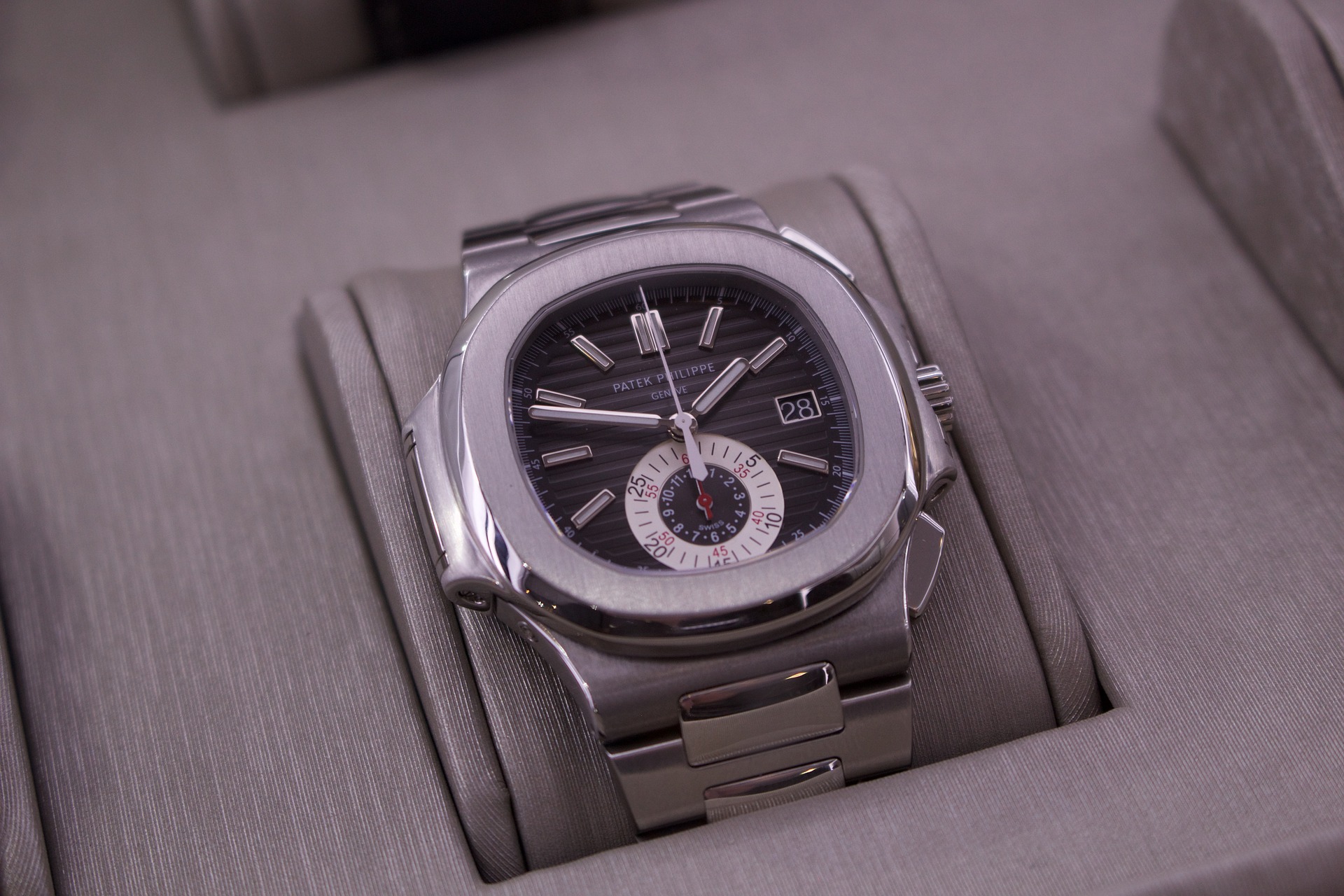 Facts about Patek Philippe: 37 Interesting Things you Must Know!

Patek Philippe is known as one of the most exclusive and luxurious watchmakers in the world. Its watches are considered state-of-the-art, and to be truly the epitome of watchmaking. The watches of Patek Philippe are rare by nature, and for some models, you have to wait many years to get your hands on one.

Patek Philippe isn’t like most other luxury watch brands. Patek Philippe is the very best craftsmanship with an immense attention to detail and with a rich heritage of nothing but perfection. Due to their limited nature and restricted numbers, the demand for Patek watches is higher than ever, and collectors are prepared to pay hefty sums to get their ahold of them. The cost of Patek watches has skyrocketed, especially in recent years, and in this article, we share the top 37 most interesting facts about Patek Philippe that will help us better understand the heritage and history behind the immense success of Patek Philippe.

Patek received the honorable task of delivering watches to Queen Victoria and Prince Albert in 1851. This also included her consort.

She didn’t just own one watch, but a second one which was more exclusive, suspended from a diamond and enamel brooch.

2. Patek Philippe has had an exclusive clientele

Patek Philippe resembles true watchmaking perfection, and as such, you can expect the brand to have some of the most esxclusive clientele among all watch brands.

3. Patek Philippe created one of the most complicated mechanical watches ever made in 1989

This timepiece was made for the 150th anniversary of Patek philippe. The watch has 39 complications, including the date of Easter, time of sunrise, the equation of time, sidereal time, and many other functions.

4. Patek Philippe introduced the silicon escapement wheel to the watchmaking industry in 2005

In 2005, the company introduced the silicon escapement wheel to the industry.

The silicon escapement wheel was first integrated in the ‘Patek Philippe Advanced Research’ Annual Calendar Ref. 5250. This watch came in a limited series of 100 watches.

Patek Philippe and co, in other words.

9. It is based in Vallée de Joux in Switzerland

10. The company was founded by Antoni Patek and Franciszek Czapek

Franciszek Czapek was a Czech-born watchmaker and Antoni Patek a Polish watchmaker. These two founded Patek, Czapek & Cie in 1839 in Geneva.

Following, they started making pocket watches but separated in 1844.

11. Patek joined with the French watchmaker Adrien Philippe in 1845

After having separated with Czapek, Patek joined with the French watchmaker Adrien Philippe, the individual responsible for inventing the keyless winding mechanism.

12. Patek Philippe was brought to the American market in 1935

Through the New York-based Henri Stern Watch Agency, Patek was brought to the USA market.

Due to the global economic crisis in 1932, Patek Philippe became financially distressed and sought a buyer. Patek, just like most other Swiss watch companies struggled as a result of the stock crash in 1929, and Philippe & Cie especially struggled since customers defaulted on payment obligations.

14. Patek didn’t want to be acquired by a competitor

The directors of Patek contacted the brothers Charles and Jean Stern of the company ‘Cadrans Stern Frères with which the Patek brand has cooperated with earlier since they produced top quality dials and was one of Patek’s best suppliers. Since the brothers wanted to preserve Swiss watchmaking tradition, the Stern brothers helped Patek Philippe, as well as took a stake in the company in 1932. Within a year, the brothers had acquired the whole Patek Philippe company.

This watch is what has gone down in history as the prototype of the iconic and legendary Calatrava collection.

16. Charles Stern was approved chairman of the board of directors in 1934

The son Henri Stern also joined the company to assist him.

17. The first Patek minute repeater was made for a woman in 1916

In 1916, Patek made an Art Deco-styled five-minute repeater in a platinum case with chainlink bracelet for Mrs. D.O. Wickham.

18. It has been reported that Patek Philippe has made less than 1 million watches since 1839

This goes to show how exclusive of a Swiss watch manufacturer Patek Philippe is, considering the fact that it is a number that is lower than the total yearly watch production of some of the major luxury watch companies. Since Patek Philippe is very restricted with their production numbers, however, this number is an estimate.

19. It takes nine months to make the most basic watches of Patek Philippe

This is just for the most basic watches in the collection of Patek Philippe. Their most advanced watches take considerably longer time to manufacture.

In fact, the more complicated timepieces take more than two years to make.

20. All repeaters are tested by the brand president, Thierry Stern

Believe it or not, but this just goes to show the meticulous attention to detail and mindset of only satisfying with perfection that Patek Philippe has.

Before any repeaters leave the factory, they are carefully tested by the brand’s very own president Thierry Stern.

In order to have a chance at owning one, you need to apply to purchase it. People who have applied will then be carefully selected by the Stern family, the family which now owns the brand. The reason for this is that Patek wants to ensure that the watches go only to collectors who “genuinely appreciate and value them”. This process can take up to two years.

After deciding to set their aim on producing an exclusive sports watch with of the highest quality on the market, Patek Philippe released their Nautilus model in 1976.

Today, the Nautilus is the most iconic and most popular model of Patek Philippe.

23. Patek Philippe has produced quartz timepieces and still does

This goes to show the immense attention to detail that goes into making their watches.

25. It was the first brand to use Chronifer M-15 X steel in its watches

This was a new material which had been specially designed for the watchmaking industry by L. Klein SA.

27. In 1933, the  Henry Graves Supercomplication was made

The model was made for the banker Henry Graves, Jr.. The watch was an ultra-complicated pocketwatch with 24 functions.

The watch was made for Henry Graves due to his personal and friendly horological competition with James Ward Packard about the most advanced timepieces.

When Graves passed away, the watch was auctioned off in 1999. The price? US$11 million. The watch was sold to Sheikh Saud Bin Mohammed Bin Ali Al-Thani of the Qatari royal family,

When it was sold, it took the title as the most expensive timepiece ever sold. The watch came to action again in 2014, and on November 11th, it sold for a staggering and record-breaking US$24 million at Sotheby’s Geneva Auction.

28. The cases of the watches are often forged from solid pieces of gold or platinum

29. Each and every single part of the Patek timepiece is finished by hand

Each and every single detail of a Patek Philippe watch is finished by hand. Some mean that it’s unnecessary since many times, only the watchmaker can appreciate it, however, when you’re striving for perfection, you can never compromise.

Patek Philippe launched its mythicalGrandmaster Chime Ref. 5175R in 2014. This is the most complicated and most expensive Patek Philippe wristwatch in Patek’s history.

31. Patek launched its Aquanaut collection in 1997

With this launch was the debut of the Ref. 5065A in stainless steel. Today, the Aquanaut is one of the most iconic watches of Patek Philippe, and among the most iconic luxury swiss sport watches in the world.

32. In 2001, the Patek Philippe Museum was inaugurated

33. The Ref. 5002P Sky Moon Tourbillon took the record as the most expensive modern wristwatch in 2008

A Patek Philippe watch took the record as the most expensive modern wristwatch sold at Hong KongSotheby’s for HK$11.75 million. The watch was a Ref. 5002P Sky Moon Tourbillon in platinum with a tourbillon.

This broke the previous record of the most expensive wristwatch previously owned by Vacheron Constantin’s Tour de l’Ile wristwatch, which sold for US$1.4 million in 2005.

34. A Patek Philippe watch became the most expensive to be sold at auction in 2010

In 2010, just two years after the previous record, another Patek broke the record and became the most expensive to be sold at auction. The watch was purchased by a Swiss museum and was sold by Christie’s in Geneva on May 10th, 2010. The watch sold for 6.26 million Swiss francs and was a chronograph wristwatch made of yellow gold and featuring a perpetual calendar as well as a moon phase display.

35. A Patek wristwatch became the most expensive to be sold online at auction in 2013

Three years later, in 2013, a Patek Philippe watch became the most expensive wristwatch to be sold online at auction. The timepiece was bought by a California collector.

36. The Patek Philippe Ref. 1518 in steel took the title as the most expensive wristwatch ever sold at auction in 2016

The watch sold for a staggering 9,600,000 CHF. This was also the first time this watch, only of which four exist, went for auction.

The watch features a chronograph and a perpetual calendar.

37. Patek released the Calibre 89 pocket watch for the 150th anniversary of Patek Philippe

In celebration of the 150th anniversary of Patek Philippe, the Calibre 89 pocket watch with 33 complications was launched.

The case-making techniques stretch far back to the 1800s, and these are techniques which have been preserved by a select few watchmakers.

Patek Philippe is unarguably one of the most iconic watch companies of this era when it comes to highly exclusive timepieces crafted to perfection. Patek Philippe is every watch-lover’s dream, as the watches showcase state-of-the-art craftsmanship, but incorporated with tradition and history.

Which of these facts about Patek Philippe did you find the most interesting?

1 thought on “Facts about Patek Philippe: 37 Interesting Things you Must Know!”