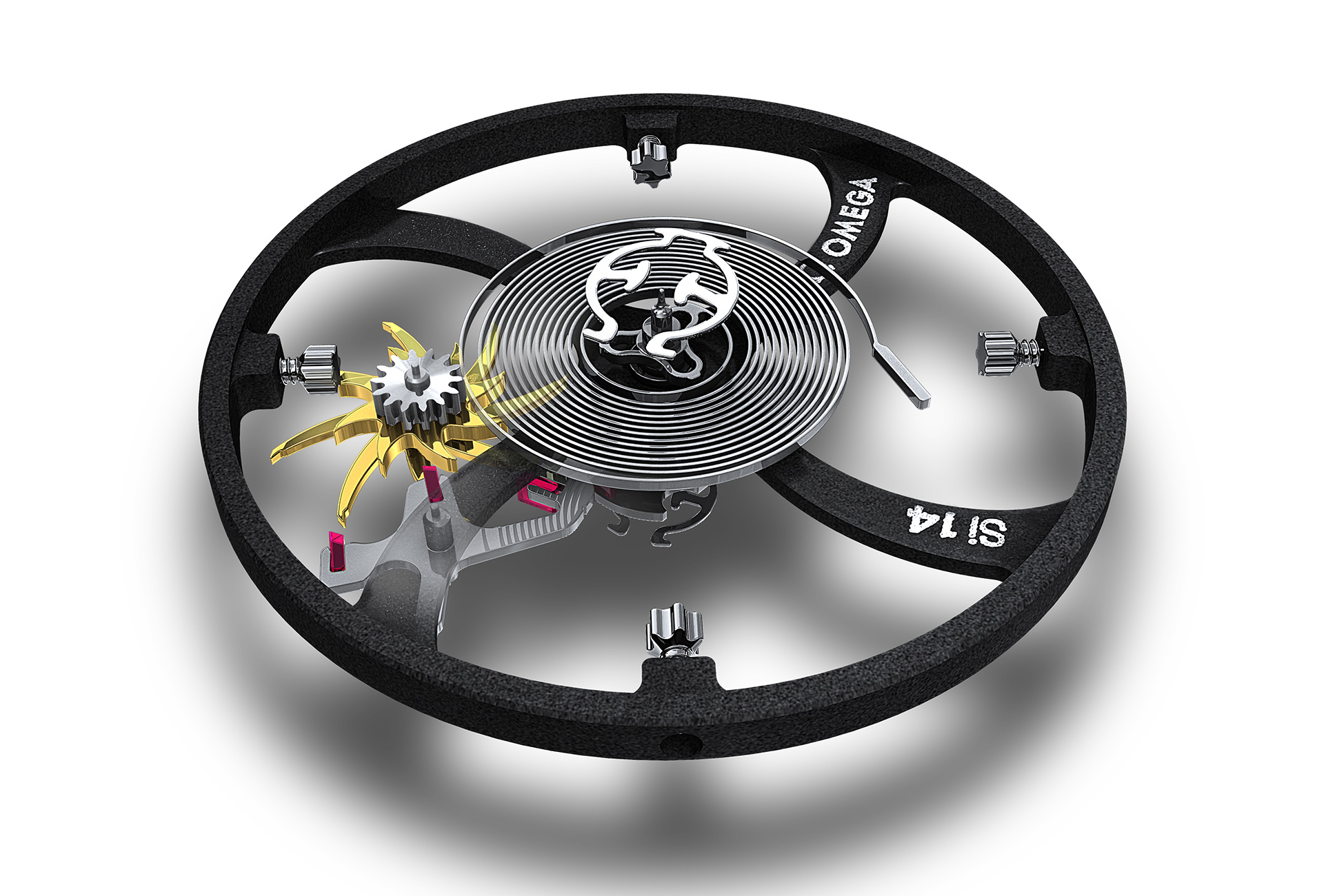 Omega as a company has made a huge impact on the watch industry. It’s one of the most recognized watch brands in the world today, and due to its large-scale operations, Omega has invested heavily in research and development. In particular in the most recent decades when more of its manufacturing has been moved in-house. 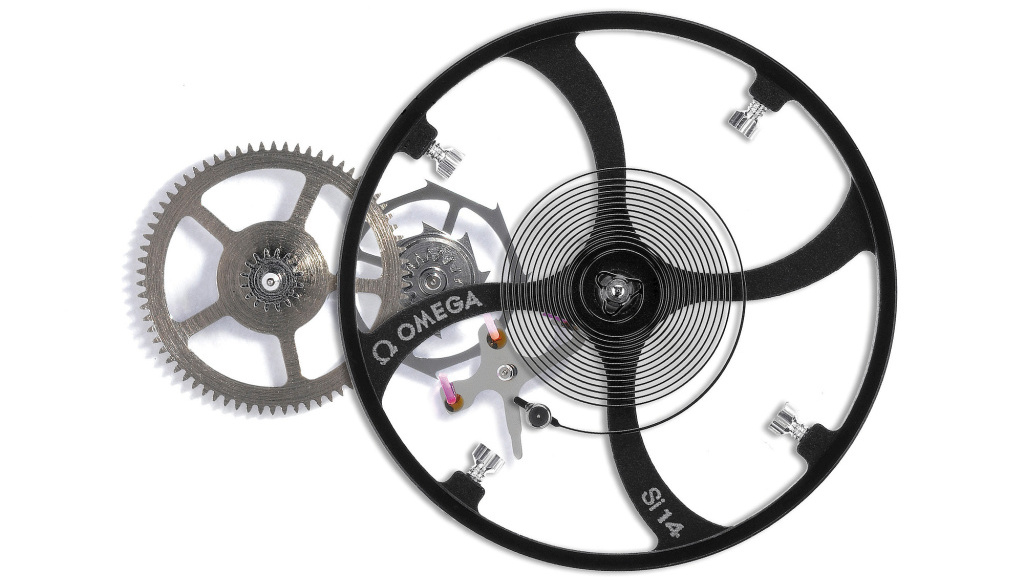 The Co-Axial escapement is a part of mechanical movements that Omega has developed, and started incorporating into more of its movements -simply because Omega has found it to have great traits that you want in a movement. This means reliability, durability, and accuracy.

Since Omega launched the co-Axial escapement, the company has incorporated this mechanical feature into more and more movements. And it’s clear that the company is proud of this technical feat as they both use it in the model name for some watches, as well as print it on the dial.

Because of the heavy promotion of the co-axial, it’s difficult not to know the relationship between them.

The first mechanical movement to incorporate the co-Axial was released in 1999. The first caliber to use it on a commercial scale was the caliber 2500, fitted into the De Ville. 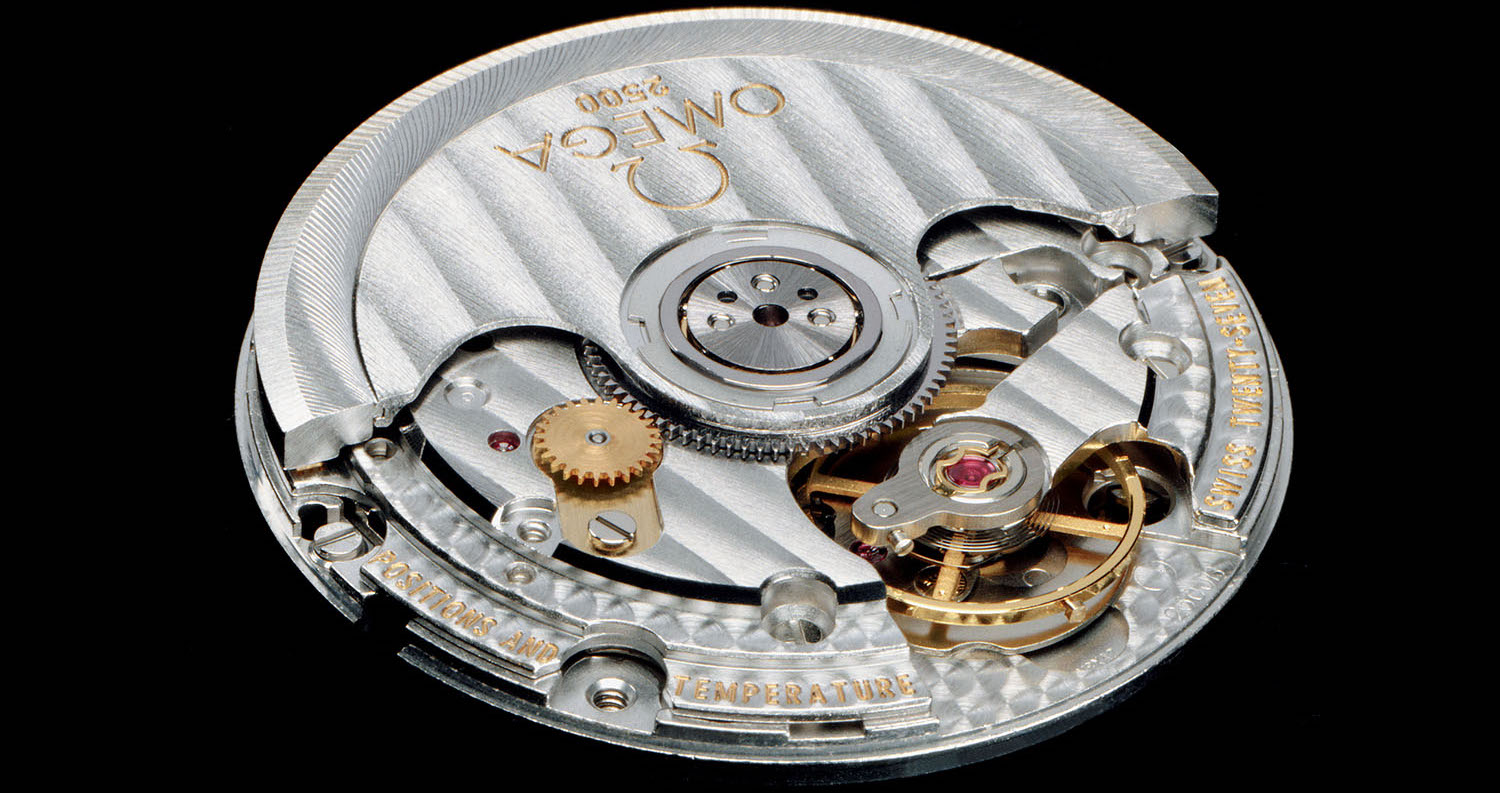 On these movements, the Swiss lever escapement has been replaced in favor of the Co-Axial escapement consists. This technical innovation consists of a balance roller carrying a pallet and an impulse pin, an anchor with three pallets, and a three-level coaxial escapement wheel comprising the co-axial wheel, the co-axial pinion, and the transmission pinion, with which it is connected to the intermediary wheel and the gear train.

Since Omega has invested so heavily into this technology and furthermore incorporated it into so many of its watches, clearly it must bring benefits over the standard Swiss lever escapement.

And indeed it does.

The lever escapement was invented by Thomas Mudge more than 250 years ago and surprisingly hasn’t changed much since. It is still widely used amongst manufacturers

On a standard escapement, the energy has to be transmitted to the oscillator. Furthermore, the wheel tooth slides on the inclined surface of the pallet, and the issue with this is that it creates great friction. This means a great amount of stress to the movement, but also a need for more frequent services as it needs to be lubricated regularly. The desperate need for lubrication compromises the stability of the watch rates over time.

In terms of the technical benefits of the Co-Axial escapement, it does not only involve increased service intervals but also a greater efficiency. A regular Swiss lever escapement delivers the impulses from the escapement wheel through the anchor to the balance roller. This means a loss of energy and thus a poor energy-efficiency. The Co-Axial escapement, however, rotates clockwise and gives impulses directly to the pallet on the balance roller by the teeth of the escapement wheel. The benefit of this is greater efficiency in the energy consumption of the movement. 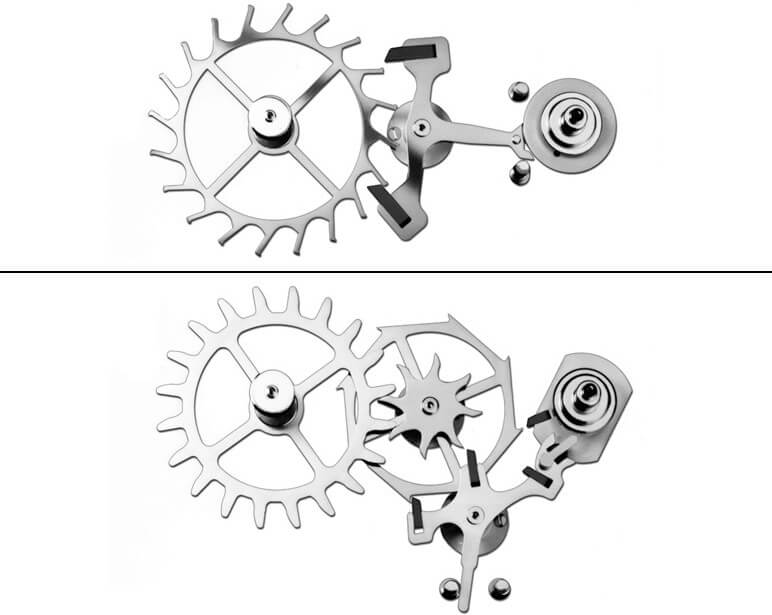 To work alongside the Co-Axial escapement, Omega uses a free-sprung balance wheel. This balance wheel has a greater shock-resistance and uses micro screws which allows for adjustment of the movement.

The history behind the Omega Co-Axial escapement

So how did the Co-Axial escapement come about and find itself to be raised to the sky by Omega in its marketing?

This mechanical technology and innovation were actually developed by the late British watchmaker George Daniels. It was in around 1975 that he came up with the first co-axial ”prototype” when he hand-developed the co-Axial components to incorporate and modify into his very own Speedmaster 4.5 with the caliber 1045. Today, this watch is exhibited at the Omega Museum in Biel.

The story is that when he invented it, he presented it to all of the major watch brands in Switzerland in hopes that they would become interested. Unfortunately, Daniels didn’t gain much traction. Later on, in the early 1990s, the founder of Swatch Group Nicolas G. Hayek bought the co-Axial technology from Daniels with the purpose of incorporating it into the Omega brand.