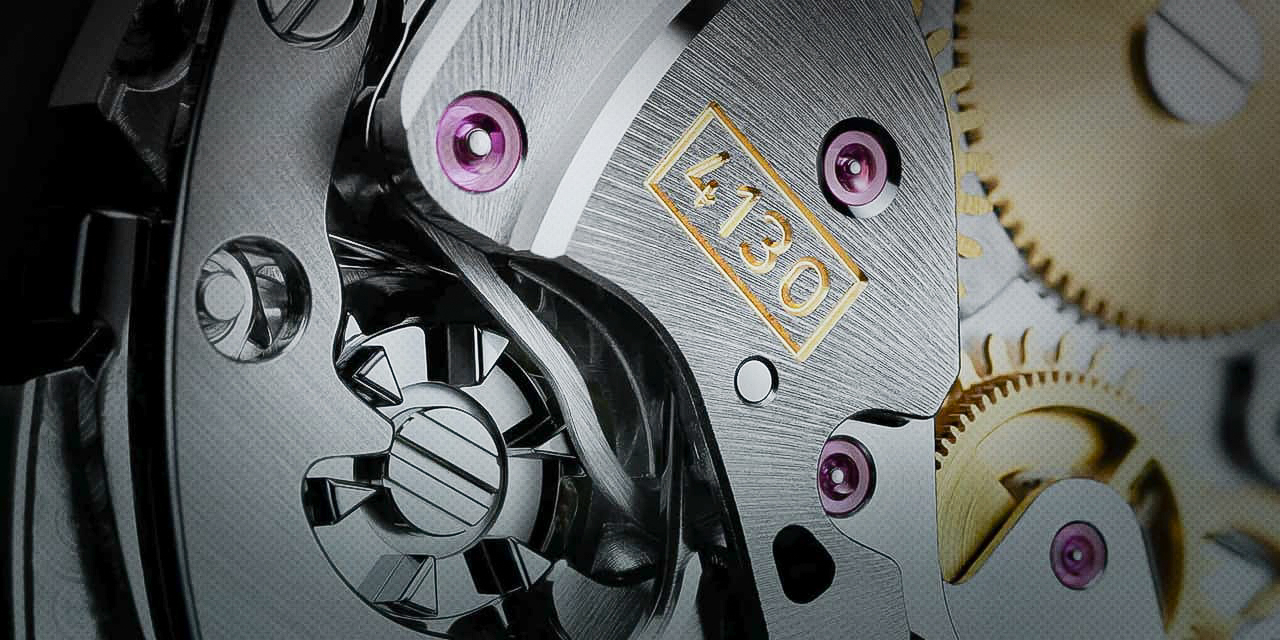 The Rolex Cosmograph Daytona has been using the same movement for more than a decade. It is powered by the caliber 4130 which is a self-winding mechanical chronograph movement entirely developed and manufactured by Rolex.

The caliber is designed and built in such a way that it demands fewer components than a standard chronograph movement. Fewer components mean less moving parts, less friction, and therefore improving the movement’s reliability.

The Daytona has become a legendary watch from Rolex, having established itself as the single most popular watch from the brand. But The Daytona hasn’t always had this legendary status. In fact, originally, in 1963 when the model was launched, it was not met with celebrations and applauses. It was originally equipped with the Valjoux caliber 72. The fact that the Daytona did not sell well at the time may come as a surprise, but there are even stories of dealers specifically saying they don’t buy Daytonas, and how Rolex retailers gave away free Daytonas as enticements. 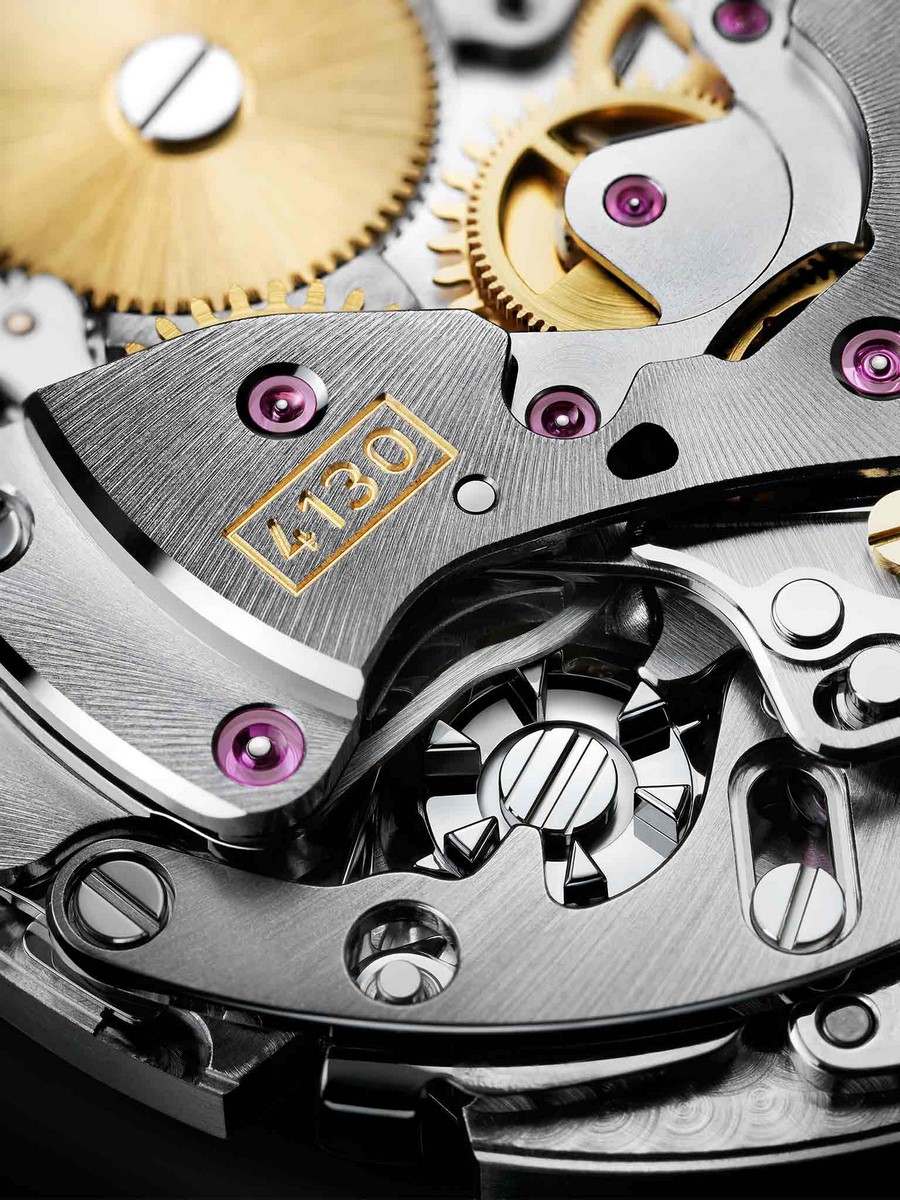 It would take until 1988 that the heavily modified Zenith El Primero movement would come to replace the caliber 72 which had previously been used. And when this happened, the Daytona started to grow in popularity. In the years to come, the demand for the steel Daytona would grow rapidly, thus becoming higher than the supply.

The Daytona would be the last watch from Rolex to use an externally made movement, yet despite this, it would be the most popular. The El Primero movement that Rolex used was so heavily modified that Rolex themselves called it the caliber 4030.

More than two decades after the introduction of the El Primero movement, Rolex released the first in-house movement for the model and called it the caliber 4130.

The 4130 features numerous patents and clever engineering that enables improved performance. One such technological advancement is the use of a vertical instead of a lateral clutch to activate the chronograph. 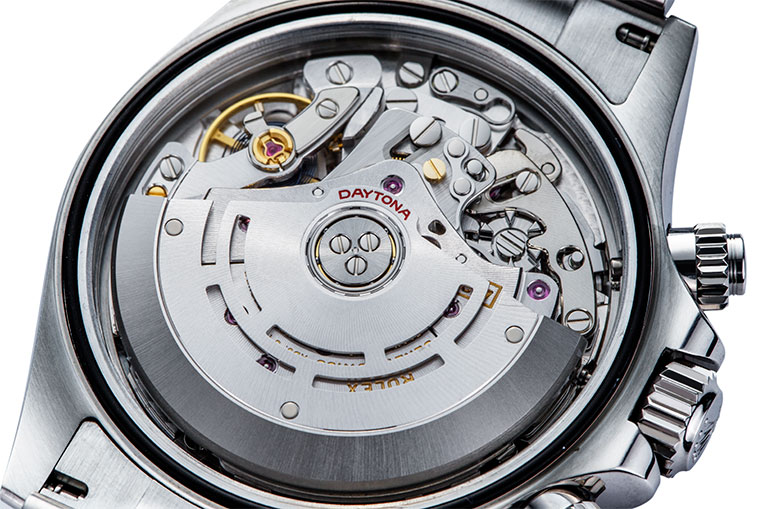 So in 2000, the Daytona finally got its first in-house caliber – the caliber 4130. Rolex first presented the caliber inside the new Daytona in steel, reference 116520.

The new caliber was the result of five years of innovation, refinement, and technical improvement.

The movement features only 201 separate components, which is a staggering 60% reduction in part from the El Primero 4030 caliber. The large reduction of parts allowed Rolex to

Improve the internal structure and functions of the movement to ultimately make a better and more reliable caliber. Furthermore, the reduction of parts has enabled a larger tension spring, thereby increasing the power reserve from 50 to 72 hours. 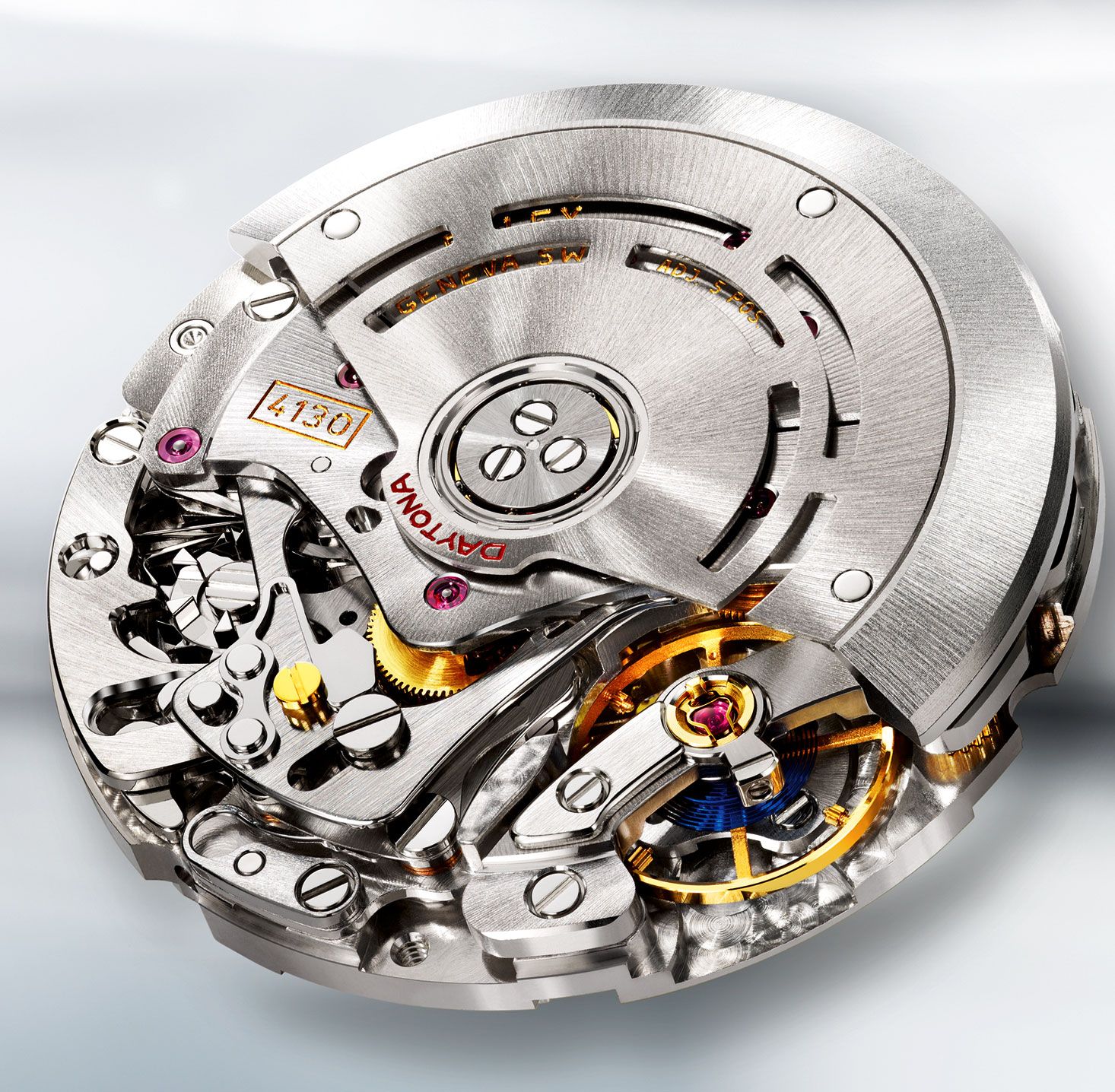 Like all Rolex movements, the caliber 4130 us a certified Swiss chronometer, having passed the Swiss Official Chronometer Testing Institute (COSC) tests.

Like many of Rolex’s movements, it features a Parachrom hairspring which offers better resistance to temperature variations and shocks.

As you would expect, the caliber is 100% developed and made in-house.

For the automatic winding system, Rolex has used ceramic ball bearings. This clever technical function is just one of several examples of how Rolex has built the caliber 4130 for better performance. Thanks to the ceramic ball bearings, the rotor gets a better rotor spin efficiency and lower maintenance. To be precise, a 68% increase in winding efficiency.

Furthermore, as opposed to the caliber 4030, the 4130 uses only 12 different screws, compared to 40 of the El Primero. That’s quite a significant reduction. 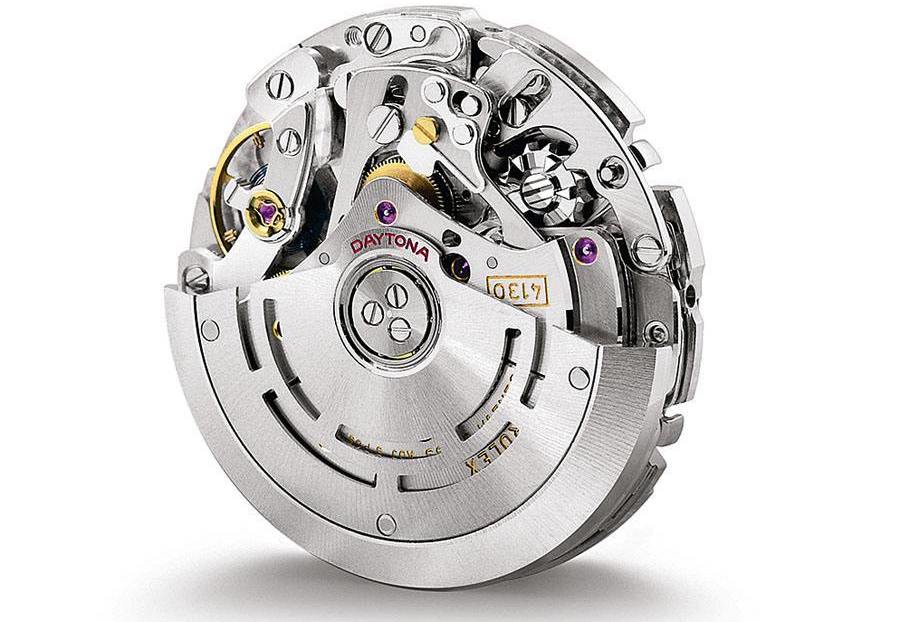 Rolex has fitted the caliber 4130 with a larger balance wheel, which has taken the jewels from 31 to 44. Both the new and old movement beat at a frequency of 28,800bph frequency, but when it comes to the original El Primero, it originally beat at 36,000bph, but Rolex modified it heavily in order to increase its robustness and reduce the amount of servicing it needed.

Thanks to this hairspring, it offers up to 10 times more shock resistance than traditional materials.

For the 4130, Rolex abandoned the traditional lateral, or horizontal chronograph coupling system with a vertical one.

This makes for more precise starts and stops of the seconds hand, which is important for a chronograph.

By making a vertical clutch, the caliber is also much more serviceable, as a watchmaker can remove, disassemble, lubricate, and replace it relatively easily.

The Rolex caliber 4130 is a truly legendary movement. When being launched in 2000, it became the first in-house Daytona movement. It also marked their first new caliber for 50 years. Still to this day, the Daytona caliber is a technical feat, which incorporates lots of clever technology and inventions that help improve the reliability and accuracy of the movement.

The Rolex caliber 4130 is reliable, robust, accurate, and historically important for the brand.