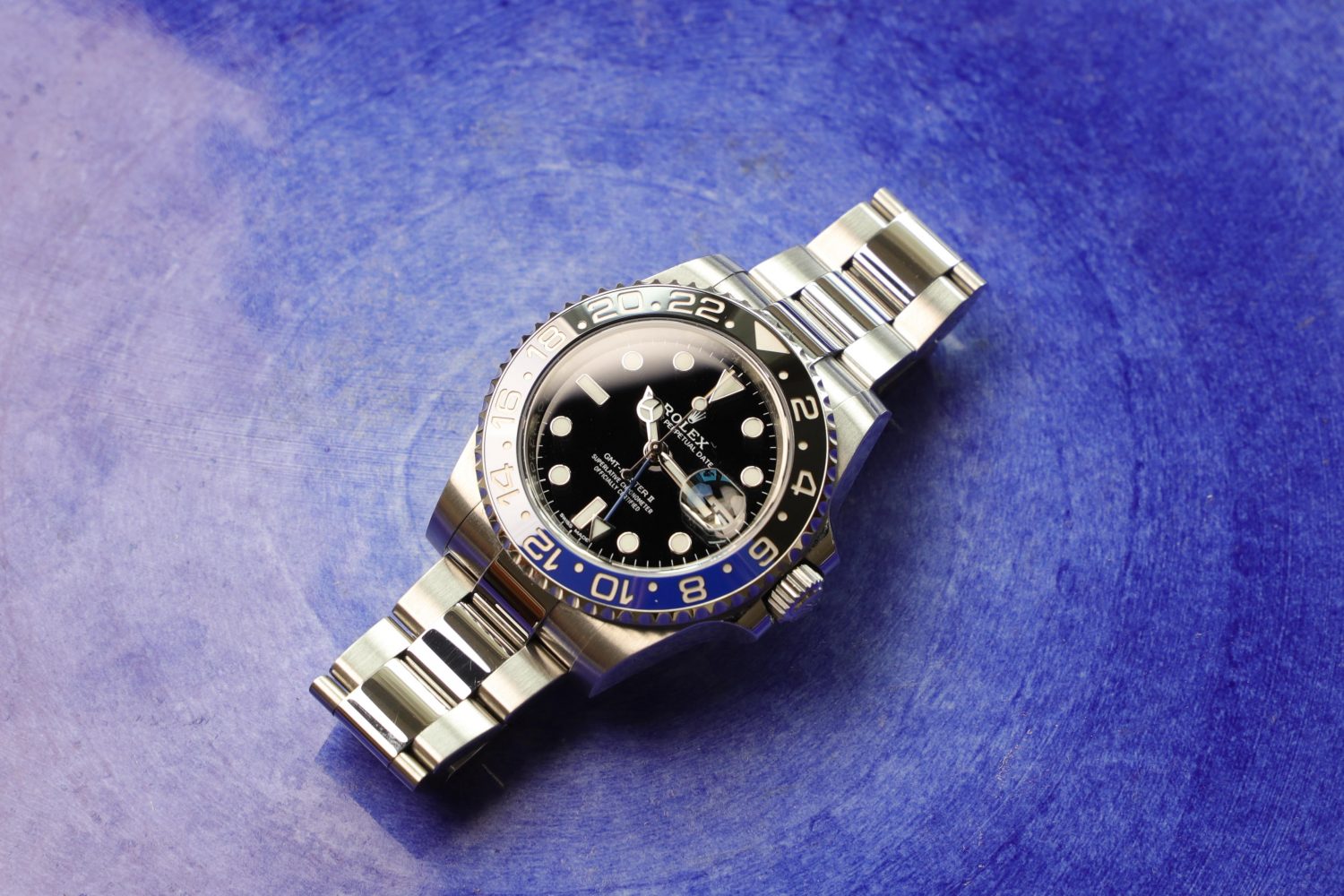 Rolex has made countless innovations over the course of its history. Rolex also has countless patents under its name.

While Rolex isn’t known for being a brand that makes drastic changes, Rolex makes a lot of innovations – even though it may not always be visible.

With that said, many (most) of Rolex’s watch models are models which have been manufactured for several decades, and over the years, Rolex hasn’t made huge changes to these models, but rather iterated and refined them.

One watch which has played an important role in Rolex’s history is the GMT-Master model.

In this article, we’re focusing on the Rolex GMT-Master II 116710 which has the latest model in the GMT-Master range but despite that it features an array of changes, it still has a lot in common with the first Rolex GMT-Master reference 6542.

The Rolex GMT-Master model was developed by Rolex after the request from Pan American Airlines of a watch that could keep track of multiple time zones simultaneously. Said and done, Rolex introduced the 6542 to the PanAm pilots, which then became available to the public. This was in 1955, and since then, Rolex has released a number of different references within the GMT-Master range, iterating, updating, and refining the model. 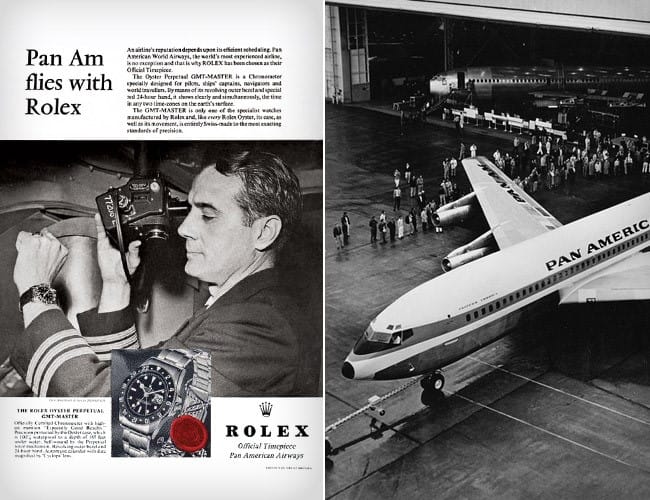 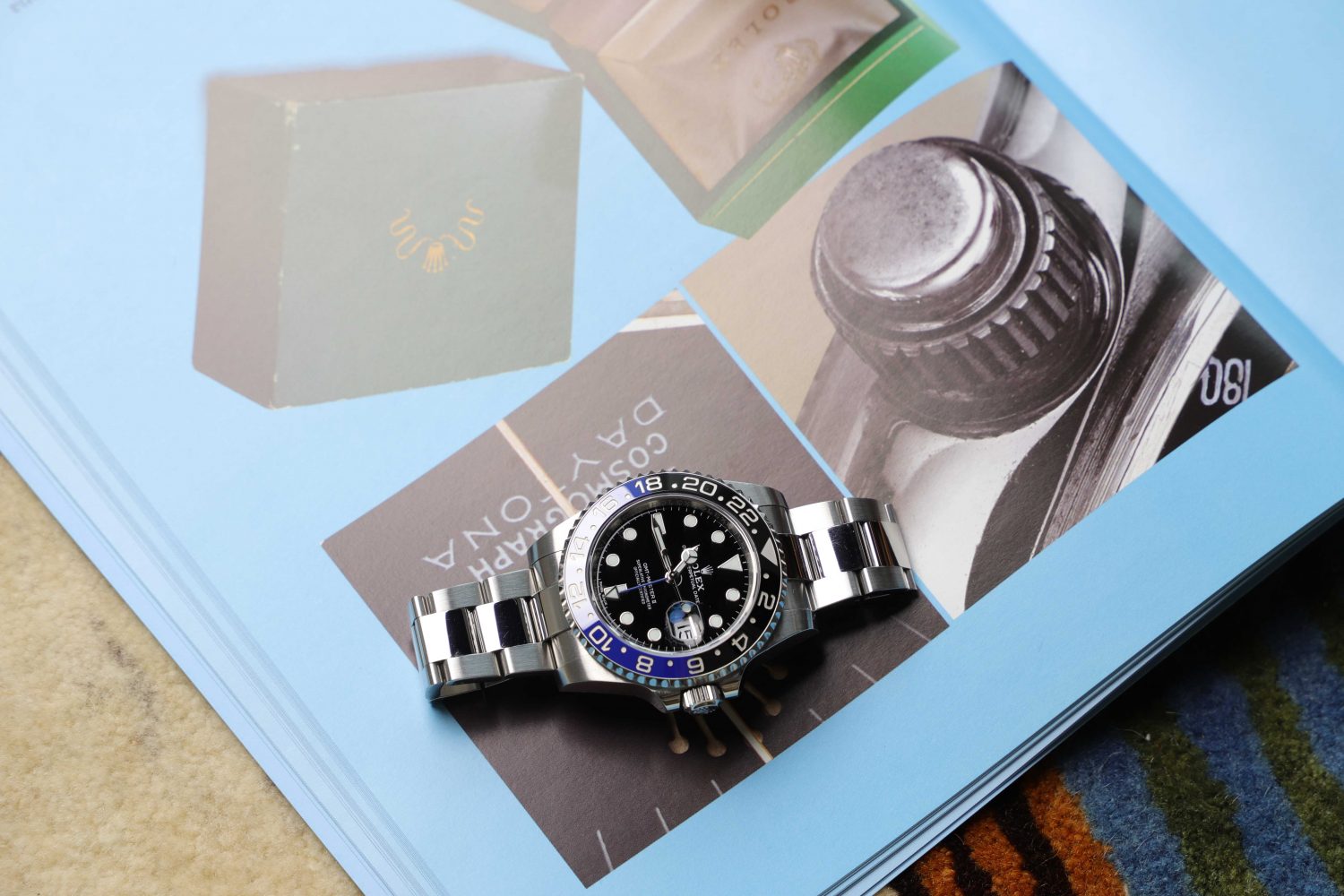 To begin with, there is currently no Rolex model which only have the reference ”116710”. All existing GMT models are followed by two or more letters, and these letters are used to describe the color of the bezel, but since we’re talking about all Rolex GMT-Master II models in stainless steel, we’ll use the reference number which they all have in common, which is 116710. More on the bezel colors further on when we dig into the different bezel color alternatives.

We’ve spoken about what the reference numbers mean before, but let’s refresh our memory:

As mentioned, the Rolex GMT-Master model has existed for quite some time. Since the first Rolex GMT 6542 was released, however, the GMT is a model which has always been in production. This goes to show the immense success of the model, because it has, even though originally being a watch which was developed specifically for pilots, been a watch that has been loved by everyone.

And today, it doesn’t really come as a surprise that the majority of GMT-Master II owners are not pilots. In other words, it has more or less become a commodity watch and a watch that many people choose instead of the classic Submariner due to its additional (and interesting) GMT function which is actually a truly helpful tool when traveling or when wanting to keep track of a different timezone simultaneously.

The long and interesting history of the GMT-Master has, like many other Rolex models, contributed to its great success.

Not only has the GMT-Master brought numerous innovations over the years, but it has also been innovated and iterated many times.

While there’s still a resemblance between the early GMT-Masters and the modern GMT-Master II 116710.

The first model in the new GMT-Master II range was the  116710LN (Lunette Noir) which, in writing moment is still in production. 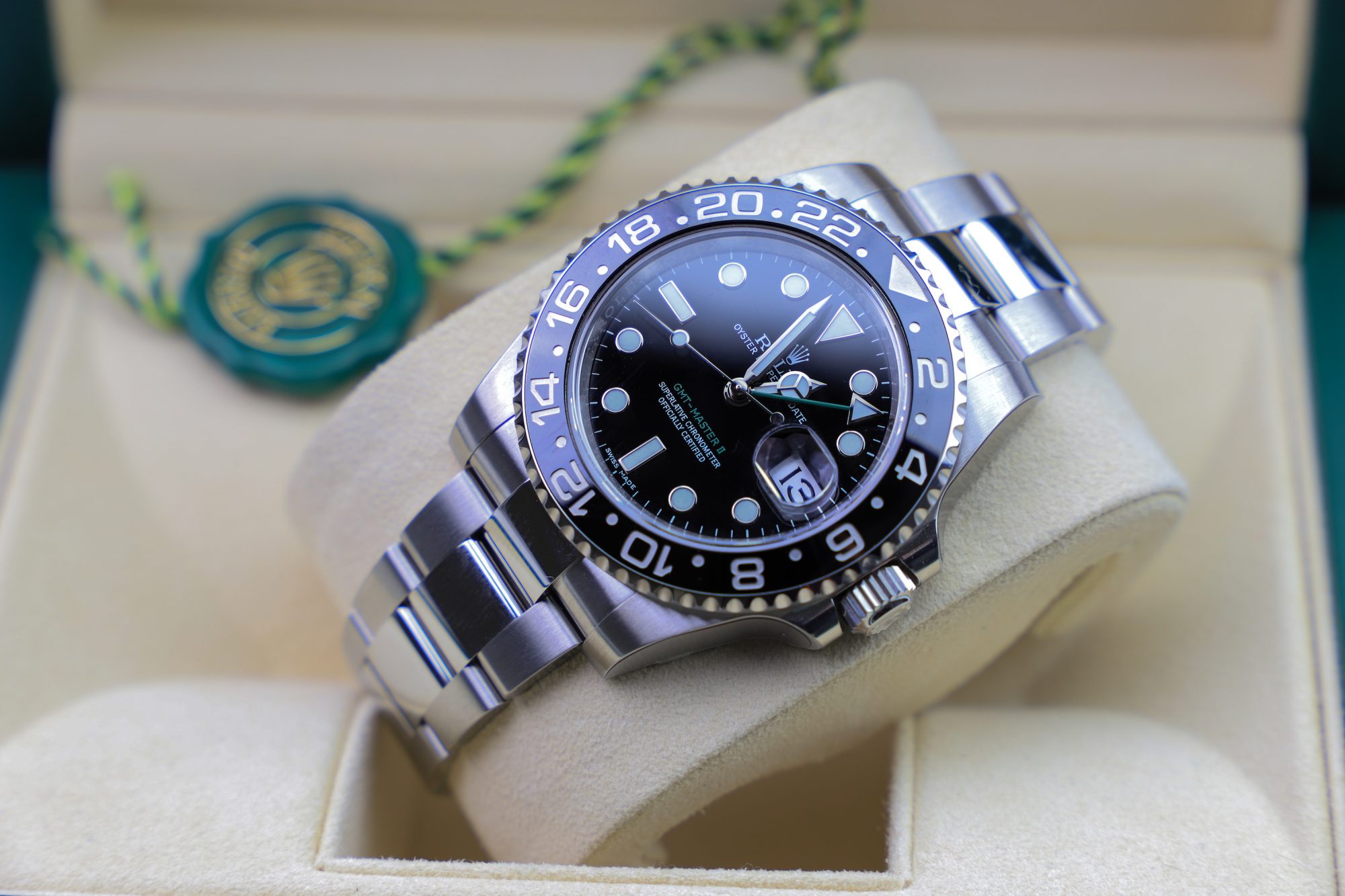 The new reference which had a reference starting with 11 for all models can be seen as a new generation GMT-Master.

Let’s go over the specifications of the watch to understand what we’re looking at and how it has changed over the years.

The new case received a slight redesign. The case of the watch grew slightly. It remained its 40mm like its predecessors, however, the new generation featured the so-called ”Maxi case”, which means beefier and wider lugs, larger crown guards, and overall a larger case, but without increasing the watch’s diameter.

The crown was replaced by a Triplock crown to ensure a more reliable water-resistance. This is an improvement as the previous models featured a twinlock crown. Just like its predecessor, though, the current version has a water-resistance of up to 100 meters (330 feet). 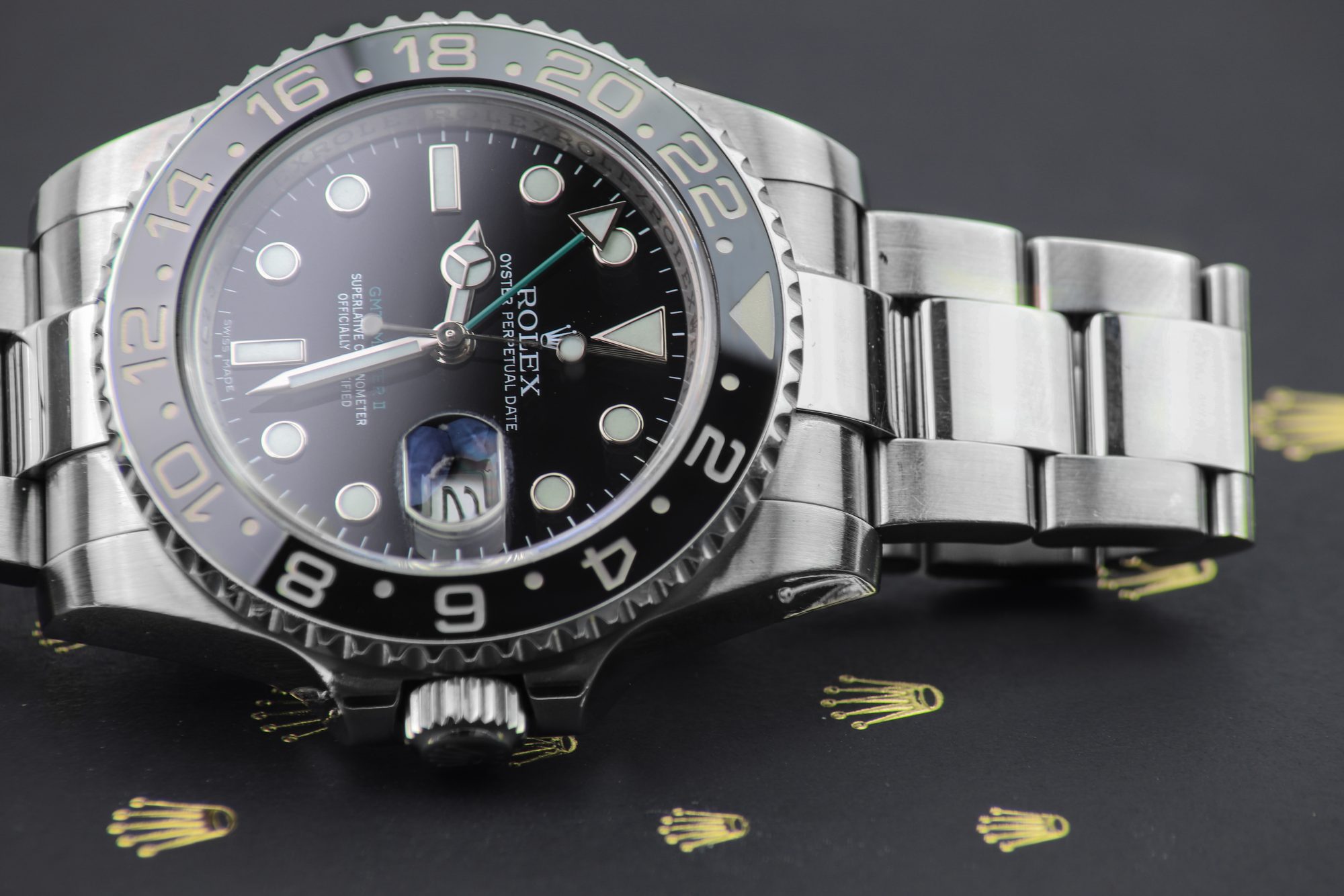 The model also features an anti-reflective Cyclops lens for the date function and a green 24-hour hand. It is also equipped with a sapphire crystal.

Both hands and indexes feature Superluminova, which allows for a luminescent glow in the dark, improving the watch’s legibility even in dark conditions. On the inner bezel, you’ll also find a ”RolexRolexRolexRolex….” laser engraving. 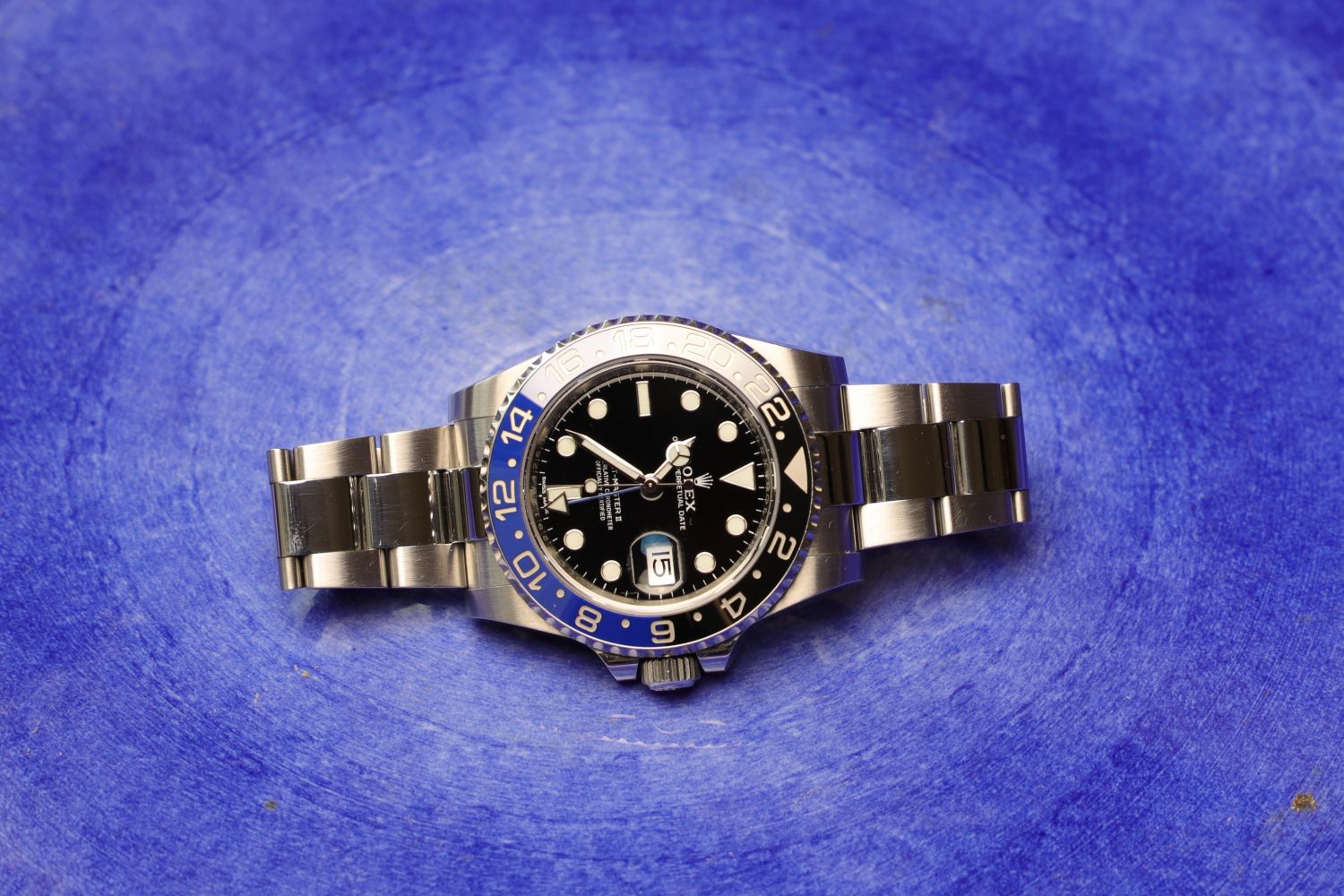 A huge difference with the new 116710 was that the aluminum bezel which had previously been used was replaced by a bezel in ceramic. Rolex had already started to use ceramic bezels for other models before the GMT-Master 116710, and this is for good reasons. Aluminum bezels tend to fade over time and scratch more easily, but ceramic bezels, on the other hand, are ”virtually scratch-proof”, to use Rolex’s own words, nor does the color of the bezel ever fade.

The ceramic bezel offers 24 clicks compared to 120 clicks (one click for each hour), and the numbers on the bezel are coated with platinum. 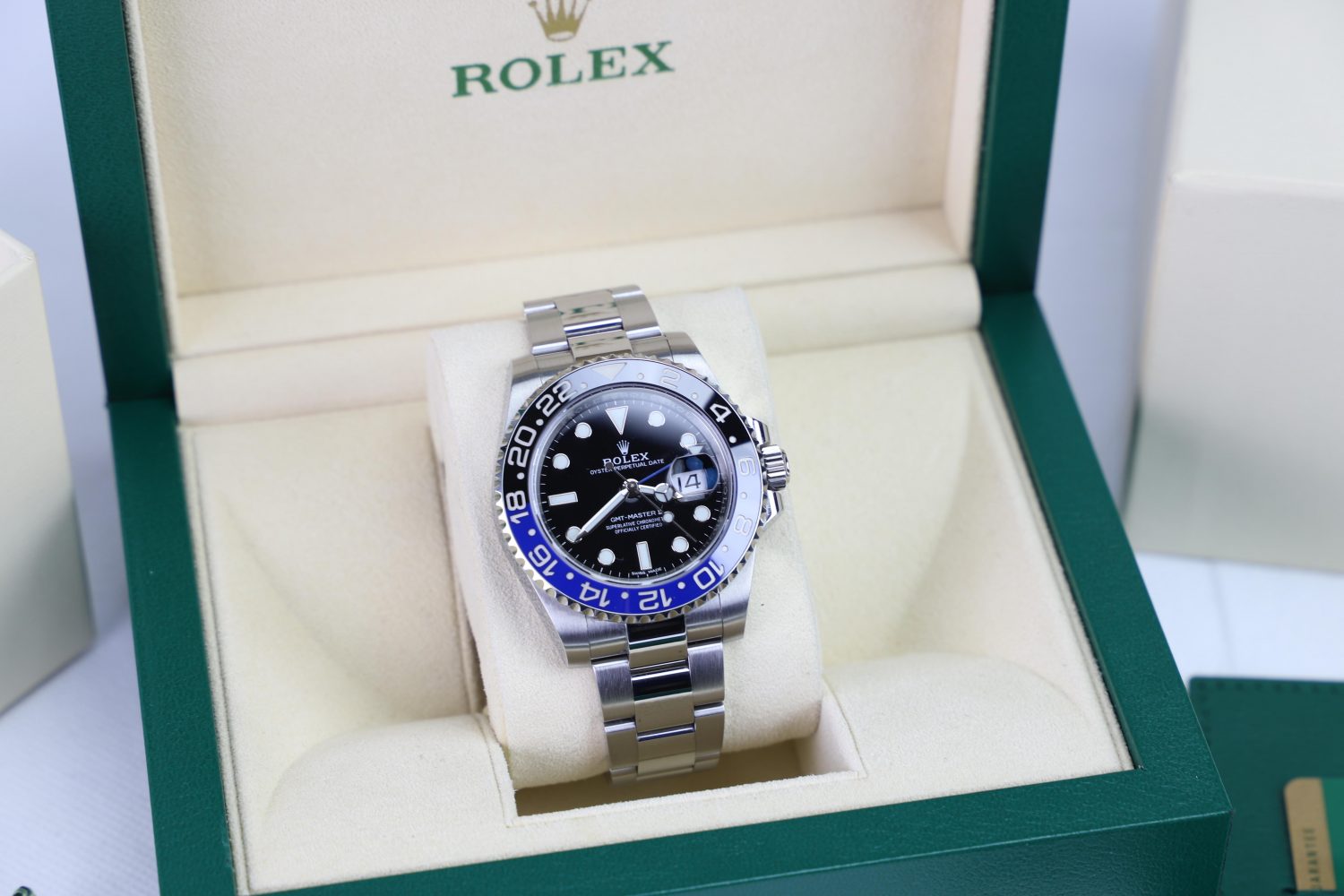 Today, the Rolex GMT-Master II 116710 is available with a number of different bezels. Today, the 116710 reference (which is a full steel version) is only available with two different color bezels, however at Basel watch fair 2018, Rolex released a ”Pepsi” bezel GMT-Master with a red and blue bezel and a Jubilee bracelet instead of an Oyster bracelet, however, since this also came with an updated reference number (126710BLRO), we won’t focus on this particular watch in this article. If you are looking towards two-tone or full gold GMT variants, you also have a number of other bezel colors and configurations.

In 2013, a new bezel variant of the Rolex GMT-Master 116710 was launched. This was the now very iconic and popular 116710BLNR, which features a black and blue bezel, with half of the bezel being in black and the other half in blue. This is to allow the wearer to distinguish between night and day, and combining two colors when making it in ceramic is quite a technical feat. Initially, the bezel starts off as blue. The black is then mixed with black using a patented Rolex process.

The second tone is achieved by ”masking one half of the bezel and exposing the unmasked half to a special chemical treatment.”. The line between the black and blue is razor-sharp, and an impressive technical feat by Rolex.

This blue and black combination is known as the ”Batman” and is actually a new color combination by Rolex, which has never been done prior to the Rolex GMT-Master II 116710BLNR.

The BLNR stands for Bleu Noir as in blue and black. 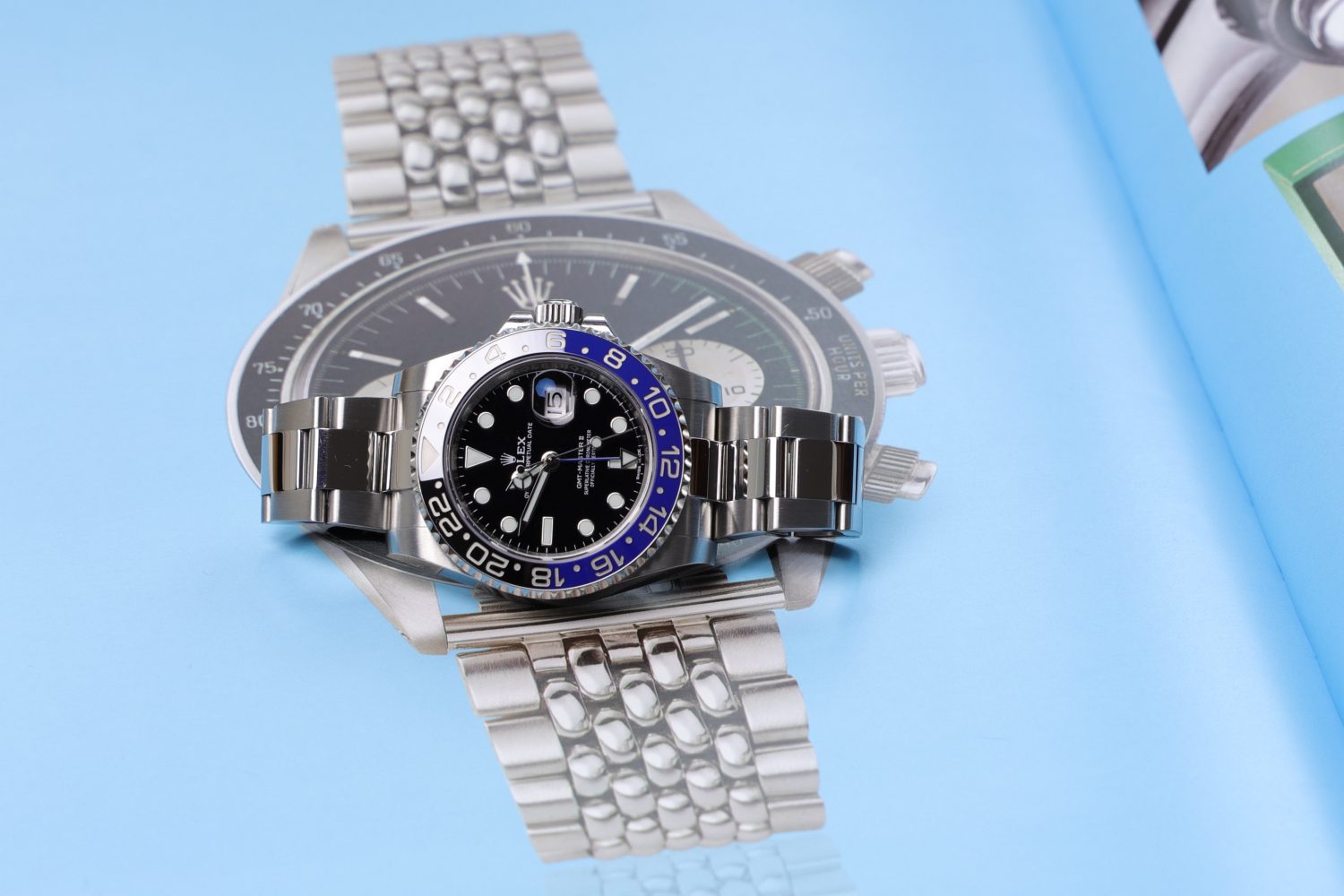 The bright blue sure stands out, and if you want a more toned-down version, you should probably opt for the full black bezel 116710LN.

The Rolex GMT-Master II 116710 has a GMT function, as familiar, as well as a date function. The movement which powers this is the Rolex Caliber 3186 which ticks at 28800A/h, which is hacking and has a quickset date function.

Since 2016, all Rolex watches now have a -2/+2 seconds a day deviation guarantee according to COSC, and it is guaranteed to perform for 5 years according to Rolex’s warranty.

The movement featured a number of innovations from its predecessor, including a new Parachrom Bleu hairspring. it is made in a highly stable paramagnetic alloy that includes niobium and zirconium. This results in a movement which is less sensitive to magnetic fields and is up to 10 times more resistant to shocks. It is also less sensitive to temperature variations.

The new movement also makes the hour hand much smoother and more precise compared to the previous 3185.

The Rolex GMT-Master II also featured a new bracelet to come with the new case. This is the Oyster 78200, and to make for a more exclusive look, and make it less of a tool watch, it features polished middle links. The polished middle links have been highly debated and tend to split opinions about whether the watch would look better with a fully brushed bracelet or not. The bracelet also featured a more solid clasp and an easy link extension. 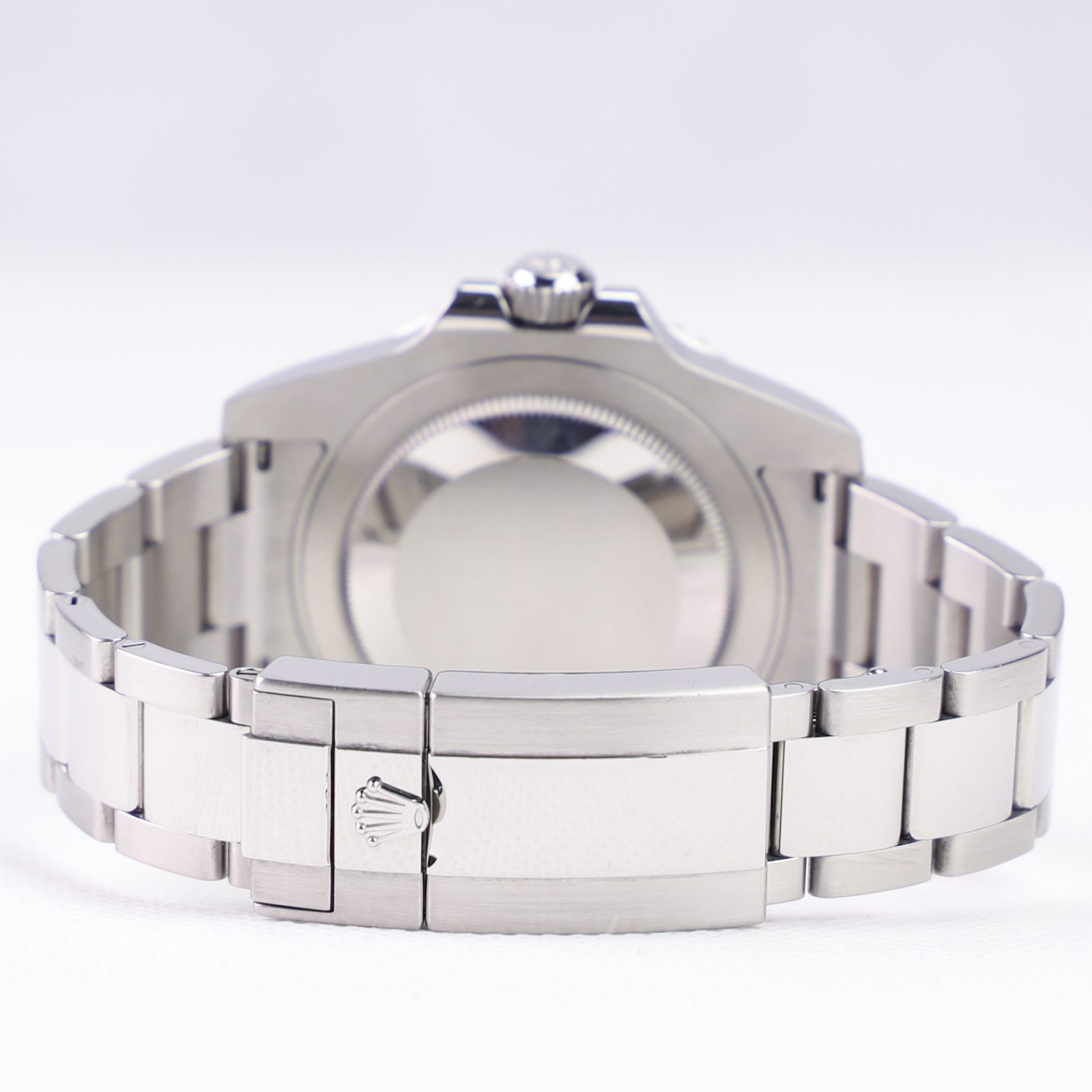