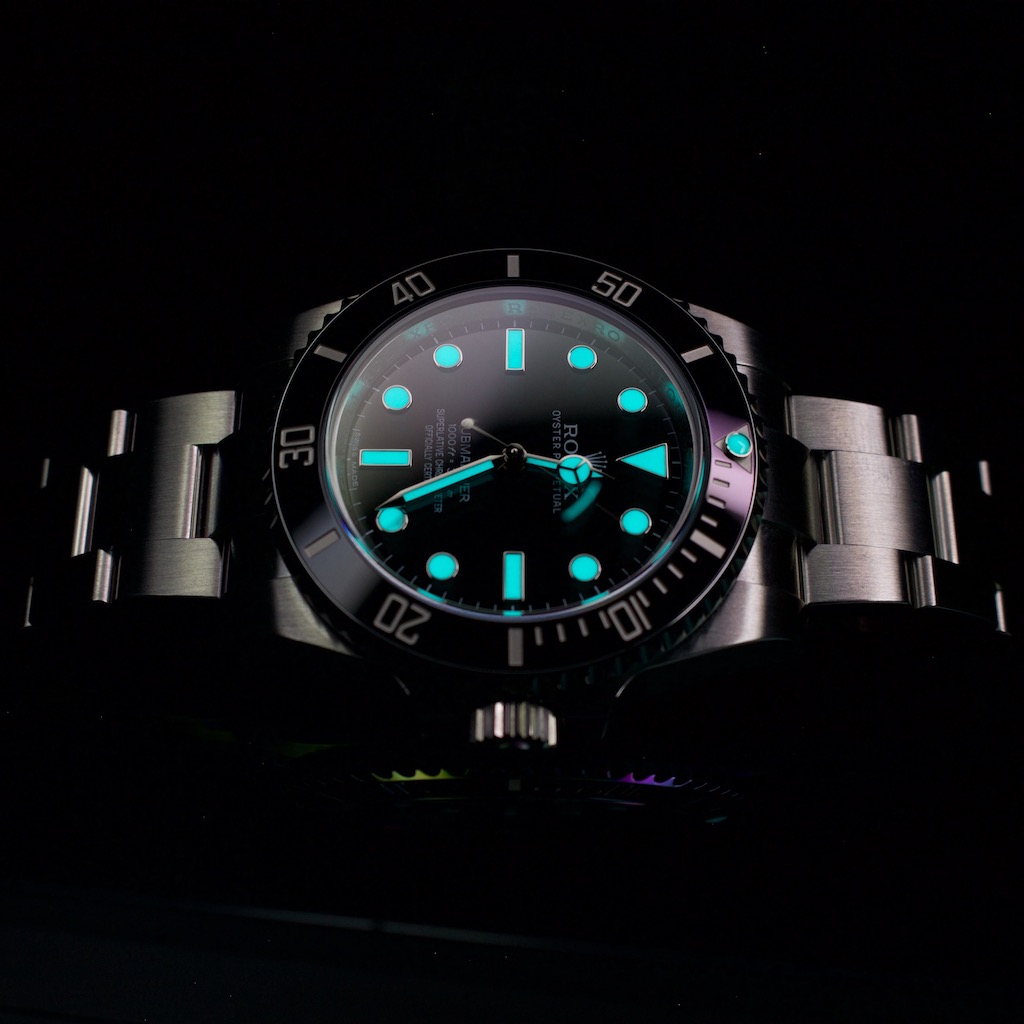 33 Most Interesting Facts About Rolex Submariner

Rolex is undeniably the most iconic and well-known luxury watch brand in the world.Upon its founding, no one could ever have imagined just how influential Rolex would become. One of the most iconic and distinct Rolex models is the Rolex Submariner. It is instantly recognized by its shape and design, and a watch that has had a huge influence and has worked as a big design inspiration for many watch brands.

With its unique style and shape, the Rolex Submariner is truly something unique, but the Submariner wasn’t always like that. The history of the Rolex Submariner stretches back many years, and at the time of its release, no one would believe just how important of a watch it would become. Not only for Rolex but for the watch industry.

In this article, we’re sharing the top 33 most interesting facts about Rolex Submariner.

33 most interesting facts about Rolex Submariner

1. The Submariner model went into production in 1953

2. The first Rolex Submariner was introduced to the public in 1954

It was released at the Basel Watch Fair.

3. The Rolex Submariner is part of Rolex’s Oyster Perpetual line

While it is its own model, the Rolex Submariner falls under the Oyster Perpetual line.

4. The Rolex is one of the most iconic wristwatches in the world

It is unclear which model came first – nevertheless, the models are almost identical and have minimal differences.

Today, the Rolex Submariner is known for its distinctive hour hand, which is referred to as a ”Mercedes hand”. The first Submariners did, however, not have it.

Instead, they have regular, straight hands.

7. Few of the 6205 watches carried the name Submariner on the dial

It’s unclear if any 6205 of the first versions of the Submariner carried the name on the dial. This would come to roll out more broadly later on.

8. It is believed that there were unexpected trademark issues connected with the name “Submariner”

The Submariner 6200 was the first timepiece in the Submariner range that would carry the ”Mercedes hands”. The 6200 Submariner was released in 1954.

11. Rolex discontinued its use of radium paint for the luminous indices in the early 1960s

They did so in order to change to the safer tritium-infused paint.

12. Rolex discontinued its user of gilt/silver gilt dials on the Submariner watches in 1965–1966

Rolex did so and switched to white printing instead.

13. When the 1680 Submariner was released in late 1960,  it was the first Submariner to be equipped with a date function

14. Rolex released the 50th anniversary Rolex Submariner to celebrate 50 years of the submariner

The anniversary watch was the Rolex Submariner-Date anniversary edition 16610 LV. This model was unique from all of the other Submariner models as it had a distinctive green bezel in Rolex’s own signature color as well as a Maxi dial.

The production of the anniversary watch ended in 2010.

15. Rolex Introduced a new case for the Submariner-Date in 2008

The new case from the GMT II model was introduced for the Submariner Date version. This new case has heavier lugs and crown guards, an updated class with a quick adjustment function, and maybe most notably, a Cerachrome bezel instead of aluminum.

This does not, however, mean that it is waterproof to a literal depth of 300 meters. It just means that it can withstand the pressure resembling 300 meters of depth.

Since the earlier models, the Submariner has acquired an additional 100 meters of water resistance. The earlier models were thinner and are not as rugged as they are today.

19. The case of the Rolex Submariner is made from a solid block of stainless steel

20. Rolex doesn’t use any steel for its Submariner case

22. The case and bracelet of the Rolex Submariner weigh 155 g

23. The precious metal Rolex uses is made in Rolex’s own foundry

24. The movements in the Rolex Submariner are officially certified by the COSC

All movements are Swiss chronometers.

In the late 1960s, COMEX which was a French diving company chose the Rolex Submariner and Sea-Dweller for their saturation divers. The COMEX company had watches specially made for them which can be instantly recognized through their ”COMEX” logo on the dial. Since these watches were made in highly limited numbers, the price of these watches has skyrocketed in recent years.

At the time when COMEX cooperated with Rolex, their requirements for the perfect diver watch were set to another level when they specially ordered the Rolex Submariner ref. 5513 with helium escape valves that earlier only had been seen on the Sea-Dweller. The custom-made watch for COMEX was known as the Submariner ref. 5514 and was never actually sold in stores by Rolex, in fact, it is believed that 154 examples of the special Submariner were delivered to COMEX.

This partnership between Rolex and COMEX continued until the company was sold in 1997.

26. The Institute for DeepSea Research in Cannes issued a report on Oct. 26, 1953, about the Rolex Submariner

They had made five months of tests with the watch, which consisted of 132 dives in depths of 12 to 60 meters. The report said that they experienced no water inside the watch or moisture inside of the glass as they have experienced with other dive watches.

27. The Rolex originally had a bezel that rotated in both directions

The first rotating bezel Rolex utilized was found on the 1953 Rolex Thunderbird.

Eventually, Rolex came to use a unidirectional bezel with a ratchet spring allowing the bezel to turn only counter-clockwise.

The purpose of the bezel is to help divers keep track o their immersion time and thus their oxygen. The unidirectional bezel which only rotated clockwise meant that if the bezel accidentally rotated, the time could only become ”shorter”, and this protected divers from spending too much time under the water.

28. The rotating bezel was introduced to the Submariners in 1954

This was when the first Rolex Submariner was released.

29. The Rolex Submariner has appeared in a number of James Bond movies

The most iconic is probably when Sean Connery wore a Rolex Submariner ref. 6538 in Goldfinger in 1964 on an undersized NATO strap. While James Bond is mostly known for being an avid Omega user, this is one of the facts about Rolex Submariner and its history that many don’t know about.

30. Sean Connery wore a Submariner 6538 in his four first movies

What watch would be more appropriate for Sean Connery than a sporty, masculine, and rugged Rolex Submariner?

31. When the Rolex Submariner became available in 1954, you could choose between 3 different models

The three models were the following:

At this time, there were no crown guards on the Submariner models like there are today.

32. The modern Submariner models have a minuscule laser-etched Rolex Crown on the inside of the crystal

The tiny etched Rolex crown is hard to spot, but it is situated at the bottom of the crystal in line with the 6 o’clock mark.

This was partly an attempt to make it more difficult for counterfeiters and to distinguish fake from real. Rolex started laster etching the inside of its rehaut in late 2008, They also started engraving the serial number engraved on the reheat as well.

As you can see from the facts about Rolex Submariner, the road to greatness doesn’t take one day. The Rolex Submariner has evolved, been updated, and improved for more than 65 years, and over those years, the Submariner model has made a big mark on the watch industry. Not only has it established itself as the ultimate diver’s watch, but a luxury watch of beautiful lines that is so universal that it can be used whether you’re desk diving or diving in the ocean.

Which of these facts about Rolex Submariner did you find the most interesting?

5 thoughts on “33 Most Interesting Facts About Rolex Submariner [List]”