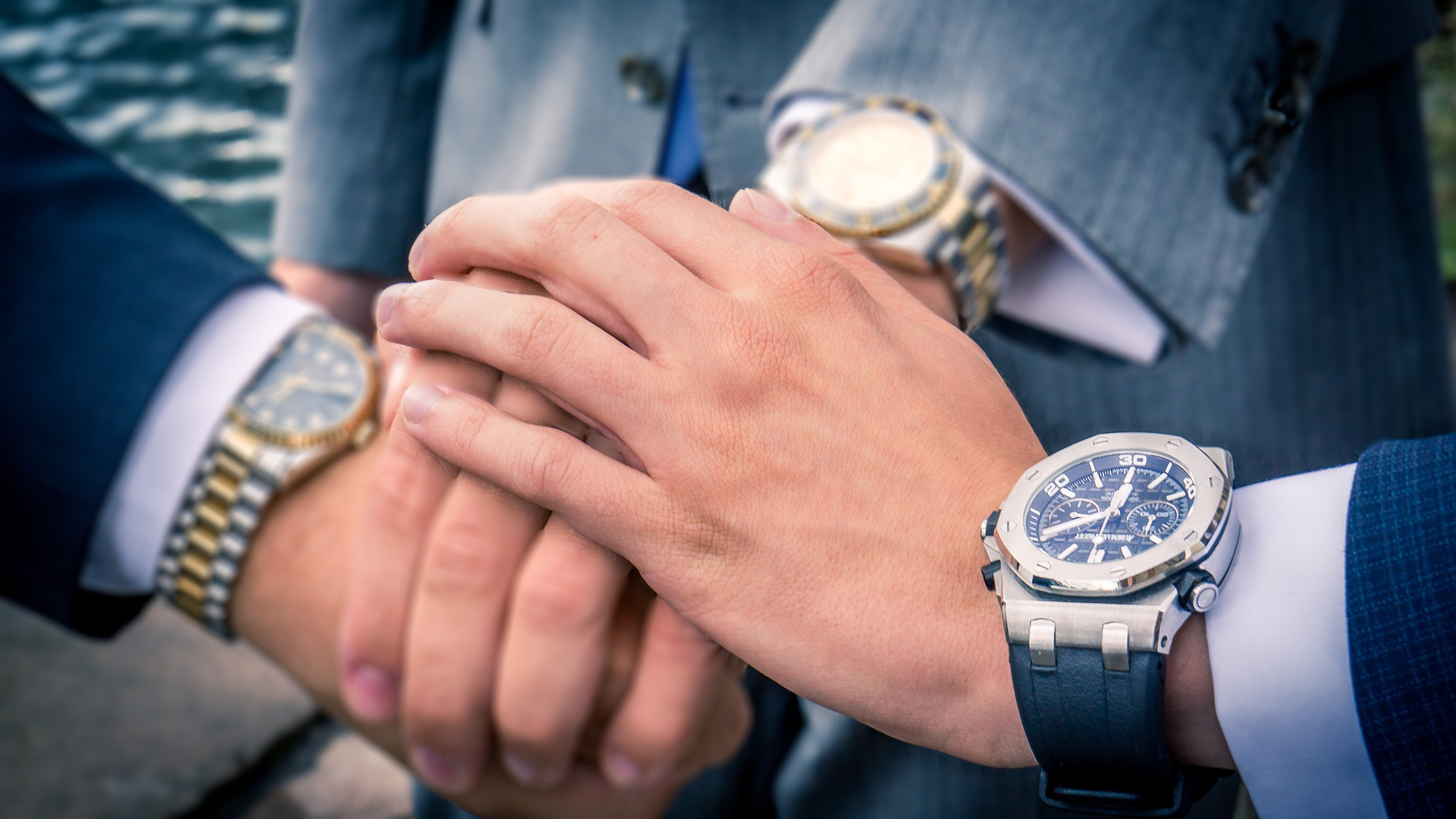 Facts About Audemars Piguet: 23 Interesting Things you Must Know!

In this article, we’ll introduce you to the iconic and world-dominating luxury watch company Audemars Piguet, also known as AP, by sharing the top facts about Audemars Piguet.

Audemars is in many eyes considered to be the epitome of fine watchmaking and has proven to be one of the best luxury watch companies of this time, by introducing some of the most advanced timepieces in the world.

Like most Swiss watch companies, Audemars has a rich heritage and a long history, which has lived on to this very day.

It is known for its innovative spirit, but its traditional watchmaking techniques and designs, while also constantly innovating and evolving.

Audemars Piguet was first introduced to the market in 1875 and was put together by two well-known watchmakers at the time, Jules Louis Audemars and Edward Auguste Piguet. Audemars was well known for his dedication to complicated watch movements with complications and Piguet for his final regulation of watch movements. The two watchmakers combined have since day one delivered luxurious watches, and is considered to make up a  “holy trinity” within Swiss watches together with Vacheron Constantin and Patek Philippe.

Audemars and Piguet’s vision was to make thin and complicated luxurious watches which was noticeable in the beginning when their production line was very small. At the same time, the watches produced were meticulously crafted, and contained everything they looked for in a watch.

Even though the company is successful today, they had their up and downs during the 70’s, but this contributes to the interesting history of Auderars Piguet, as the road to success is seldom straight. In this article, we share the top facts about Audemars Piguet you ought to know!

2. It is said that Gerald Genta made a drawing on the first Royal Oak on a napkin in Basel

Audemars Piguet is without a doubt today most known for their famous watch series Royal Oak that was first introduced in 1972 by the legendary designer Gerald Genta.

As a result, the two names merged and created the Audemars Piguet name.

4. Audemars and Piguet were both watchmakers

Together, they complemented each other and used their watchmaking skills to build what is today one of the most iconic luxury watch brands.

5. Royal Oak was the first luxury sports watch made of steel

6. The first prototype of the Royal Oak was in white gold

The reason for this was to save costs. While this sounds strange, white gold was relatively affordable compared to other types of gold. Most importantly, since steel was a relatively new material for AP to work with, using white gold allowed the designers of the Royal Oak to come up with the right result before entering a then new territory of making it in steel.

8. Audemars Piguet was founded in the Vallée de Joux

9. The Royal Oak had a ridiculous price tag at the time and could get you 10 Rolex Submariners instead for the same price.

10. In 1992 Audemars Piguet invited Emmanuel Gueit to modernized the 20 years old Royal Oak in order to adapt it to the market. Emmanuel Gueits created the Royal Oak Offshore

11. It took Audemars Piguet over a year to sell the first 1000 Royal Oak watches

The watch wasn’t an instant success. When you think about it it’s not that hard to believe. People at that time had a hard time justifying that a stainless steel sports watch could be a luxury watch, and at the same time having a price tag that could get you 10 Rolex Submariners. But over time, the Royal Oak increased in popularity, and today, it is unarguably the most iconic model of Audemars Piguet, instantly recognized by its distinctive by its octagonal shape.

And seeing potential in the Royal Oak and investing money in it made Audemars Piguet where they are today.

12. The first owner of the Royal Oak was Mohammad Razi Pahlavi

Mohammad Razi Pahlavi was the Shah of Iran for more than three decades. He became the first owner of the Royal Oak after its release.

14. Audemars Piguet released a new version of the Royal Oak in 1993

The new version of the Royal Oak, the Royal Oak Offshore was released in Basel 1993 and got the name “The beast” because of its huge case. Today, it is most commonly nicknamed “Jumbo.”.

This was especially true at the time when watches tended to be of a smaller size, whereas today, the watches have moved towards larger sizes, and the size of the Royal Oak Offshore is more accepted.

Just like the Royal Oak, the Offshore model received criticism for the large size. It had a, at the time staggering size of 42 mm in diameter, but what people critiqued the most was the watch’s thickness.

The reason the watch was so thick was due to its avoirdupois which was a soft-iron inner case to protect the movement from being affected by magnetism.

As such, he made the Royal Oak more oversized and a masculine timepiece. Of course, today, the Royal Oak is made in a number of different ladies variations, dedicated for women, both quarts and mechanical – but not the Offshore due to it being a very masculine watch.

16. The Royal Oak Saved Audemars Piguet financially with its futuristic look and quartz movement during the 70s

The Royal Oak wasn’t an instant success, but over time, it became Audemars Piguet’s best-selling watch, and thus saved the company from bankruptcy.

17. The first 100 Royal Oak Offshores made where not engraved ”Offshore” as they are today

Today, it is owned by the families of the original founders.

This caliber measures only 2,5mm in height making it the thinnest and smallest automatic (self-winding) movement with a central rotor back then. This Caliber was only made for time and no other complications and was adapted with a date to be able to be used in the Royal Oak and was then called cal. 2121. The caliber has since then been improved but is still the base in the newest watches.

19. The Royal Oak was initially considered to be named ”Safari”

This was a suggestion by Gerald Genta. Audemars Piguet, however, didn’t think the name resonates with the AP brand.  The prototypes of the Royal Oak was named Safari

But in the end, they chose Royal Oak instead. However, a tribute to the name suggestion “Safari” has been given to a model in the Offshore range and can be recognized by its white dial and black indexes put on a leather strap.

20. How did the name Royal Oak come about?

Well, as you know, it was first considered to be named Safari, but there are two stories about how the Royal Oak name came about.

The first story is that the Royal Oak was a tree that saved King Charles II of England by hiding him, enabling him to escape the Roundheads during the Battle of Worcester in 1651.

The other story is that the name Royal Oak name comes from the powerful naval ships which were named Royal Oak and accordingly their portholes which were nautical them. There are at least 8 Royal Oak ships, which, if true, aligns well with the octagonal shape of the AP Royal Oak.

21. The Royal Oak was inspired by a diver’s helmet

Gerald Genta believed that if screws around the glass of a diving helmet could resist the water from high pressure, a watch could do the same.

22. The screws of the Royal Oak is made out from white gold

This is a detail that isn’t noticeable at first, but a luxurious touch that enhances the watch’s exclusivity.

23. The Royal Oak was designed 24 hours before it was presented

What we can see from these facts about Audemars Piguet is that the company has been around for a long time, but still kept the same goal: To make thin and complicated luxury watches. Since the start, Audemars Piguet has developed complicated movements with complications such as the minute-repeater, annual calendars, and tourbillons, all this in thin, elegant and luxurious watches. The Royal Oak is unquestionably the most famous series Audemars Piguet ever started to produce, but even though the series is popular today, it hasn’t always been like that.

Which of these facts about Audemars Piguet did you find the most interesting? Let us know in the comment below!