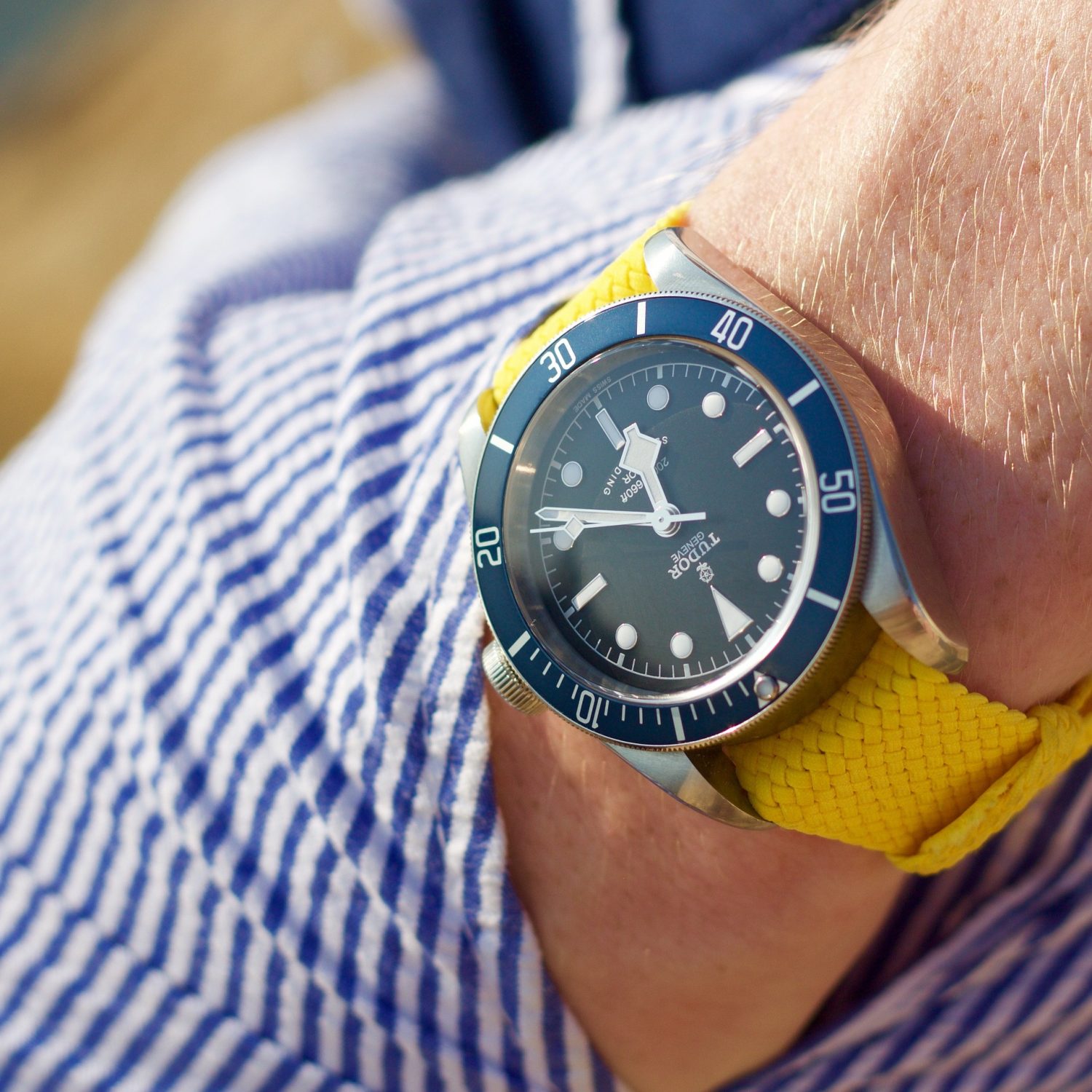 Facts About Tudor watches: 28 Interesting Things you Must Know!

Tudor has appeared on the sky like a star in recent years, and reached tremendous success and gained huge popularity. Of course, the Tudor brand isn’t a new brand, but a brand with a long and rich history, almost as long as the iconic brand Rolex.

Tudor watches are today loved all over their world for their amazing designs and high-quality, but at a considerably lower cost than many of the world’s other luxury watch brands.

But since Tudor just recently because a major player in the watch industry, how much do you know about the brand?

In this article, we’re listing the top 28 most interesting facts about Tudor watches.

Hans Wilsdorf, the founder of Rolex requested the Tudor name to be registered.

3. Tudor is owned by Rolex

This is one of the most interesting facts about Tudor watches because either people have no idea about this fact, or, they are die-hard fans of the fact that Tudor has such a close connection to the unarguably most iconic luxury watch brand in the world; Rolex.

Tudor was founded as an entry-level brand to complement Rolex. The goal of Hans Wilsdorf was to create a more affordable watch but one that would preserve the Rolex reputation for quality.

Today, Tudor is a sister company to the parent company Rolex, and these two companies are both owned by the Hans Wilsdorf Foundation.

4. Tudor co-created its watches with Rolex

If you look at the older models of Rolex, you can see they are very close to the design of the Rolex watches of that time. The reason is that the Tudor watches, in the beginning, used the same cases and bracelets as Rolex, but did not use in-house movements like Rolex did. Doing this allows Tudor to offer high-quality watches but at a much lower price.

5. Tudor made watches for professional divers and the military

Tudor has a great reputation for being the watch company producing watches for many navies and military. It has produced some of the most iconic dive watches in the history, and this is a heritage Tudor has continued to build upon in recent years through its Heritage Black Bay range.

At the same time, this goes to show that despite the fact that Tudor watches were cheaper than Rolex’s, they were still good enough to serve in harsh climates and for professionals.

6. Tudor made Tudor Submariners the US Navy to its elite SEALs

Again, it’s easy to underestimate the heritage of Tudor, but it’s very evident that the watches have held, and continues to hold a great quality.

7. Tudor made watches for the Marine Nationale

This is one of the things that Tudor is most known for. Tudor produced watches for Marine Nationale, the French Navy, and this was the Tudor Submariner. The French Navy started buying the watches in the mid-1950s to the late 1960s, and when buying them, they bought them without bracelets, allowing them to use a strap to choose the size of the watch without having to fix the bracelet.

The Marine National didn’t just buy the watches, but they played a big role in developing it. The divers became a development and research partner to Tudor and provided them with valuable information of what could be improved.

8. Tudor released its first chronograph in 1970

The watch was the Oysterdate chronograph. The watch had a manually-wound Valjoux mechanical calibre 7734.

This movement also had a cam mechanism chronograph function.

9. Tudor watches were used in the British scientific expedition to Greenland

In 1952, a Greenland expedition took place which was organized by the Royal Navy and sponsored by The Queen and Winston Churchill. On the expedition followed 26 Tudor Oyster Princes.

The first dive watch of Tudor was the 1954 Oyster Prince Submariner. The original watch was waterproof to 100 meters.

On October 15th, 1936, Rolex started using the rose of the Tudor dynasty appeared on the dials. The rose was inscribed within a shield, and this logo originally symbolized an invincible union of strength, and this could also be applicable to the watch’s robustness, but with grace through its beautiful lines.

12. From 1969, Rolex’s watches featured the shield logo on the dial without the rose

This process slowly began in 1947 which was a year after Tudor launched. Eventually, its watches would consist of only having company name and the rose. The Tudor rose is the iconic symbol of the Tudor dynasty.

13. Tudor now uses the shield on all its watches

Today, Tudor uses the shield logo on all its watches. They do, however, use the rose on all its winding crowns as a tribute to its heritage.

14. The fabric straps of Tudor are vowel by a passementerie manufacturer in France

Today, many Tudor watches come with a complimentary fabric strap. These straps are vowed near St.-Etienne, France the center of French silk weaving since the 15th century. The company which makes the straps also makes ribbons for Vatican medals as well as decorative trimmings for several luxury houses.

15. The first Tudor watches were produced in the 1920s and didn’t carry Tudor’s iconic logo

These watches didn’t feature the Tudor shield nor the Tudor rose. Instead, the watches of Tudor during the 1920s and 1930s had simple Tudor signatures on the dial. The T of Tudor was designed as a horizontal bar, lengthened above the other letters.

16. The name Rolex appears on some vintage Tudor pieces

This doesn’t come as a surprise considering Tudor used the cases and bracelets of Rolex when starting out.

Some of the old watches of Tudor also feature the Rolex logo on the crown of the watch.

Tudor made a huge relaunch in 2009 with a number of new product lines. The first watch to be released upon its relaunch was the Tudor Grantour Chronograph.

18. Tudor watches are sold in most countries in the world today

This goes to show just how much the Tudor brand has expanded after its relaunch.

17. Tudor stopped selling watches in the United States in the early 2000s

The sales of Tudor were discontinued in the USA, but in the summer of 2013, Tudor would come to return, as well as to the UK in 2014.

It’s unclear why Tudor left the USA and the UK in the first place, but most likely, it was a tactical decision made by Rolex.

ETA movements are off-the shelf movements which are purchased from the manufacturer ETA, which today is owned by Swatch Group.

In recent years, tough, Tudor has evolved and introduced a series of in-house movements for several of thee watches in their range.

This goes to show that Tudor is working hard to continue evolving and establishing itself as a well-regarded, high-quality and precision watchmaker, just like Rolex, but at a lower cost.

Now, ETA movements are high-quality and reliable, but these movements are supplied to a number of watchmakers and thus not exclusive. Movements such as Rolex’s, on the other hand, are more accurate and exclusive, and thus considered to be more prestigious to have inside of your watch.

19. Tudor launched its first watch in Australia in 1932

20. The Heritage Black Bay range was a huge success upon its release

After Tudor’s relaunch, they launched a new range of watches inspired by their previous dive watches. This was the Black Bay line. When it was released, it was a huge success.

The watches had everything you may want in a dive watch, but at the same time presented itself as a watch with great vintage design inspiration.

At the Grand Prix d’Horlogerie in Geneva, Switzerland, Tudor was awarded the Rival Prize. This was thanks to their vintage-themed diver’s watch.

22. The North Flag came to become the first Tudor watch with an in-house movement

This was a prestigious moment for the Tudor brand, as with the introduction of the in-house movement, the brand showed that it’s a watch company to count on. The movement fitted in the North Flag was the calibre MT5621.

At the relaunch of the Tudor brand, and later when Tudor launched their Heritage Black Bay line, the watches were fitted with ETA movements. In 2016 and 2017, though, Tudor started introducing Manufacture, in-house movements across its Tudor’s sports watches.

24. Tudor entered an agreement with Breitling in 2017

This agreement meant that Tudor receives a chronograph movement from Breitling, based on the B01 for use in their Heritage Chronograph. At the same time,  Breitling Tudor’s three-hand MT5612 movement to power their Superocean Heritage II.

25. The thinnest watch Tudor has made is 6mm

The thinnest watch that Tudor has ever produced was only 6mm thick. This watch is one of Tudor’s more rare watches which were produced in small quantities.

The watch was manufactured between 1957 to 1963. At the same time, the watch was also waterproof, and the watch is still Tudor’s thinnest waterproof watch to this day, and it is one of the most sought-after watches from Tudor by collectors.

This watch was the first model which used the Oyster case to amplify sound as the watch was an alarm watch.

This was through their Oysterdate “Big Block” which was fitted with a self-winding movement.

As presented through these facts about Tudor watches, the history of Tudor stretches far back and is something that Tudor continues to build upon after its relaunch. Today, it is known as a watch company which offer immense value for money, and which produces very interesting timepieces with a nod to its history and vintage watches.

Which of these facts about Tudor watches did you find the most interesting? Let us know below!

2 thoughts on “Facts About Tudor watches: 28 Interesting Things you Must Know!”