The Speedmaster is unarguably the most iconic watch from Omega. Throughout the years, a number of different calibers have been used for the speedster range. One of which is the caliber 863.

The caliber 863 is a Speedmaster movement used by Omega that hasn’t gotten the same recognition as many other Speedmaster calibers, so in this post, we will highlight it and go into detail of this movement.

The first Speedmaster to use the Omega caliber 863 was the Speedmaster reference 345.0808 which was in production between 1985 and 1990. Throughout its production period, the caliber got some changes to it. The first version, produced between 1995 and 1997 had a copper finish to it. This was then changed to a gilt color. It also got 18 jewels rather than 17, which was previously used.

The movement was eventually replaced with the new 1863 caliber.

The Omega caliber 863 is a hand-wound movement that has a power reserve of 48 hours and beats with a frequency of 21600BPH. Being a classic Speedmaster movement, it has a Chronograph, Small Seconds, Hours, and Minutes. 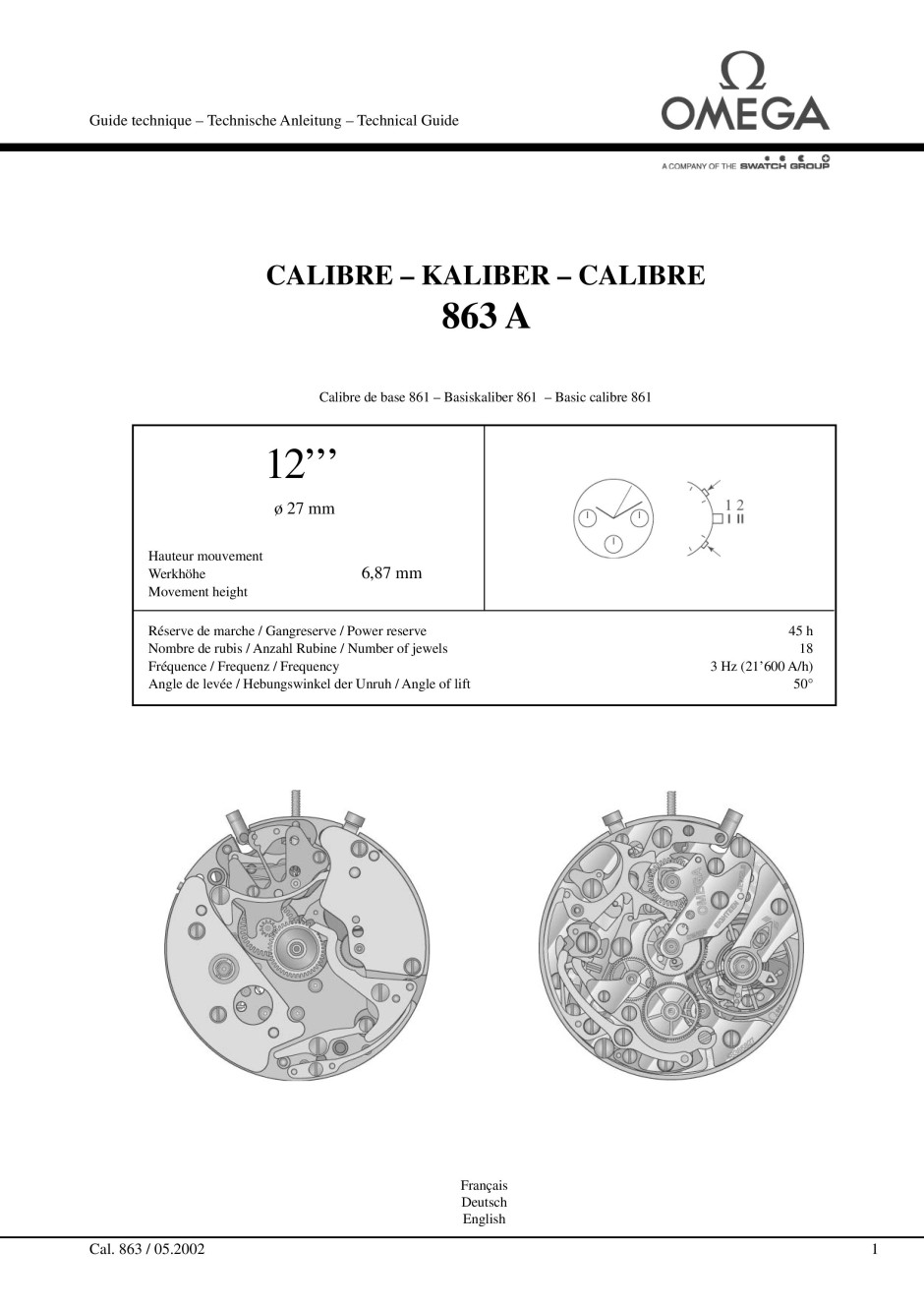 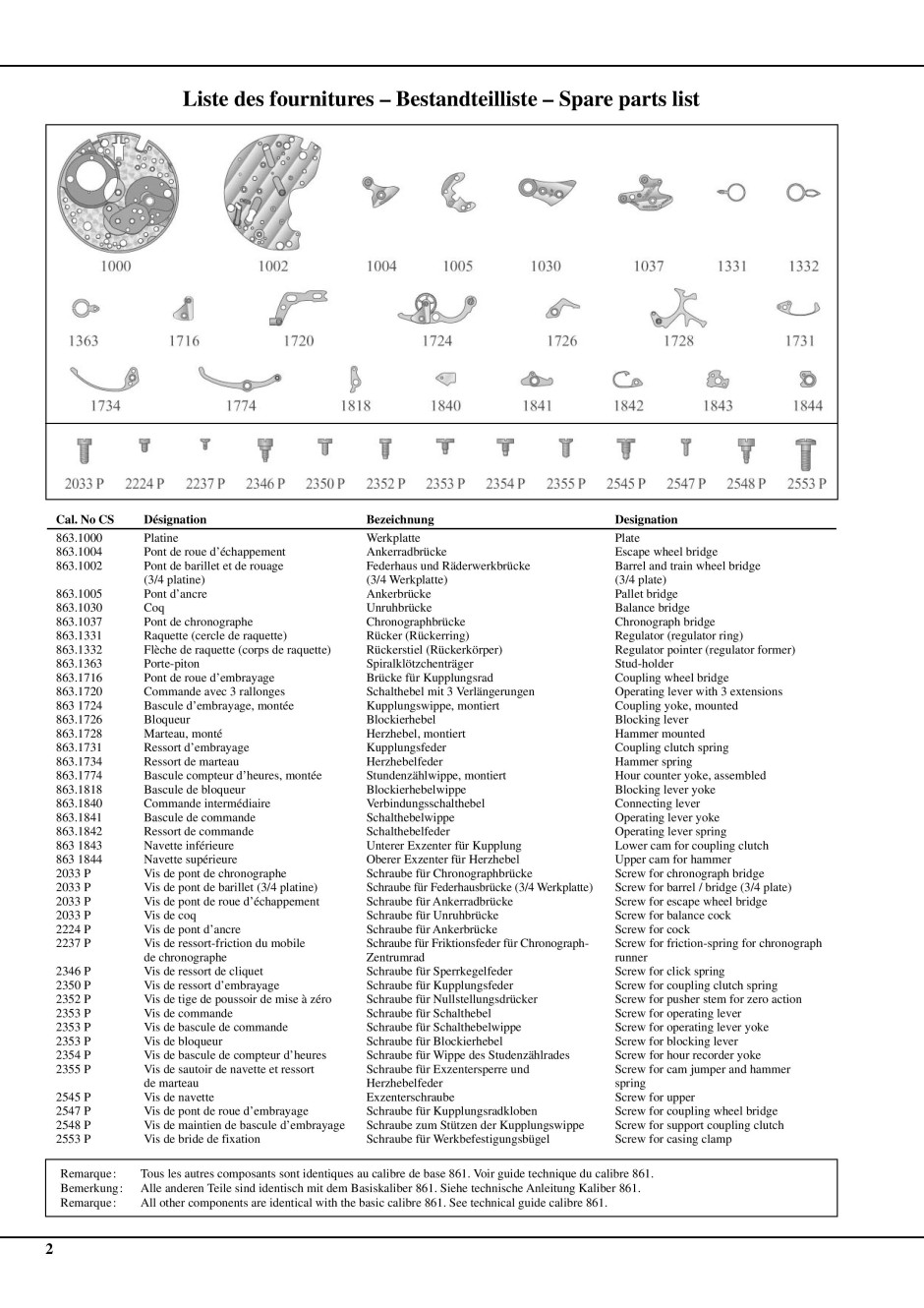