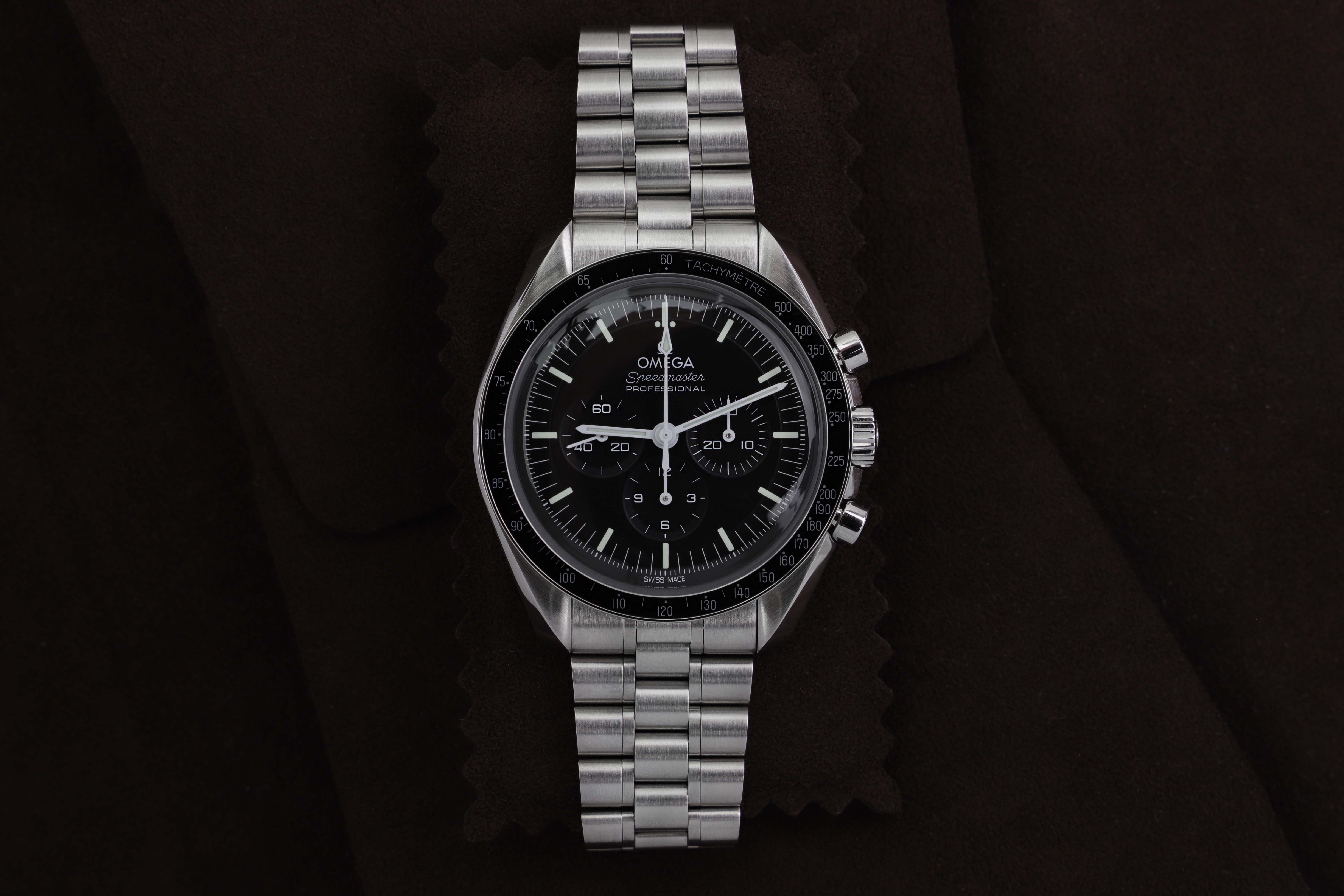 However, it wasn’t until the first quarter of 2021 we started to see the model in the wild. Although the model was quite rare to stumble across early in 2021, by now the model is definitely accessible for purchase or to see at almost any official Omega Authorized Dealer. In this article, we’ll discuss the general impression the watch leaves on the wrist.

Firstly, let’s go over the specifications for the new generation Hesalite Speedmaster, also known as the Speedmaster Caliber 3861. 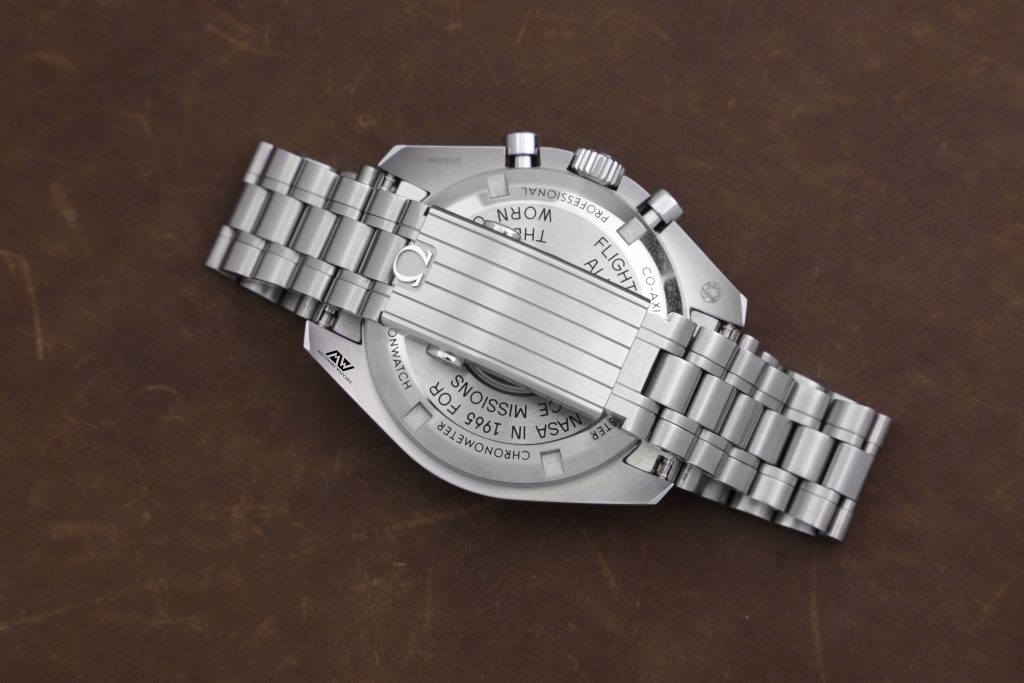 The new generation Speedmaster features the latest Co-Axial Chronograph movement completely in-house developed by Omega.
The new movement is METAS certified, the certification means that the watch has been certified twice, and has passed 8 different tests related to quality, durability, and accuracy.

The Caliber 3861 is also resistant to 15.000 gausses, meaning it is 15 times more resistant to electric magnetic fields than the Rolex Milgauss, which in the name reveals is “only” resistant to 1.000 gausses.
The manual wound movement beats at 21600 A/H (3 Hz) and features a silicon Si14 balance spring, Omega free sprung-balance, Co-Axial Escapement on 3 levels, and the “NIVACHOC” system which protects the watch regulatory organ, meaning it is still functioning as it should shall it be knocked on hard surfaces.

Just as any Omega in 2021, the movement is covered under 5 years international warranty, meaning shall there be any issues during the warranty period with the watch, any official Omega Authorized Dealer will take the watch in and repair it free of charge under the circumstances that the watch has not been affected by something which is not covered under warranty, such as dropping the watch which causes unnatural damage.

What’s interesting, and perhaps something that really puts Omega on the map is the fact that even the Speedmaster features a movement that is resistant to 15.000 gausses. Previously, watches such as the Aqua Terra or Railmaster could be seen with these types of resistant movements, but Omega has now decided to implement this on the legendary Speedmaster Moonwatch as well. 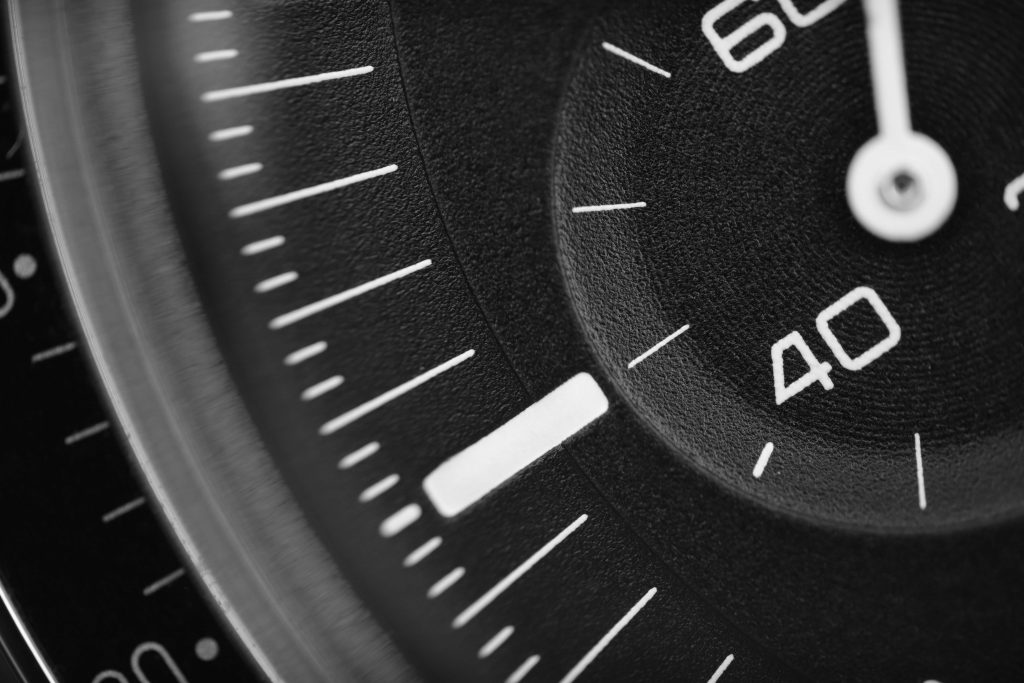 The new generation Speedmaster Caliber 3861 Hesalite is inspired by the fourth generation Speedmaster, commonly known as the first Speedmaster worn on the moon, reference 105.012. Just the fact that the reference is still presented with a hesalite crystal, which was more or less the only used material for glass when the Speedmaster first was released, is a nod to the past itself. However, the watch features more details which becomes more obvious once you start to study the watch.

The bezel which is made in aluminum features a “Dot over ninety”, which in Speedmaster communities often is known as a DON bezel, which can be seen on vintage Speedmaster such as the Speedmaster Worn On The Moon reference 105.012.

What perhaps is super obvious about the watch which really pays a tribute to the vintage era of Speedmaster is the new style bracelet.
The bracelet is 20mm wide between the lugs and tapers down all the way to 15mm at the clasp. The bracelet is built up with 5-pieces, and it actually feels, compared to watches in the same price range from different brands such as Tudor, quite fragile. Fragile is the wrong word for it, as it feels stable, but something that perhaps would last in the same condition over years if you wear it as an everyday watch. It’s not unthinkable that the new generation Speedmaster with its’ new bracelet will over time start to look like a vintage presidential bracelet from Rolex, meaning it will hang and develop stretch. The new style clasp of the bracelet with its finish does also look like something brought back from the early days of the Speedmaster.

All these factors combined together make it a very modern and updated watch which has a movement of today’s standard but the looks of a vintage Speedmaster from the late 60s.

The text which more or less is the trademark of the Speedmaster is accompanied by the embossed seahorse at the center of the caseback. 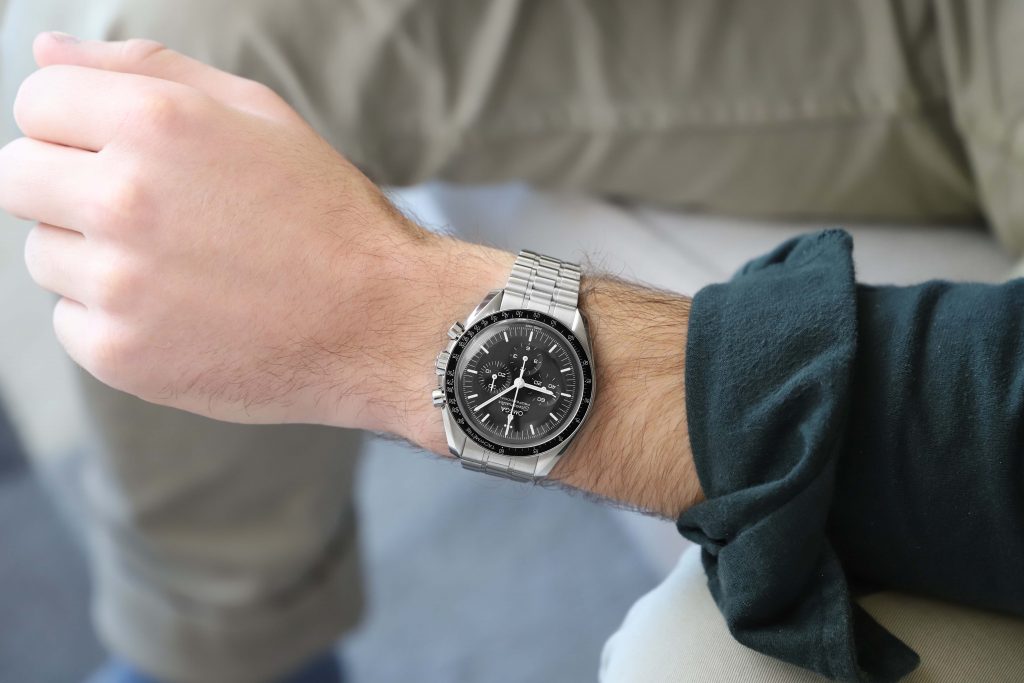 The watch, although it measures 42mm, wears very nicely on a 17cm wrist. The lugs are not long, which makes it a rather convenient watch that fits wrists starting from 16cm without any issues. The bracelet which tapers down to 15mm actually wears super comfortable. The clasp has two positions for micro-adjustments, for a perfect fit on the wrist. The glass which is made in hesalite gives a domed effect which becomes extra obvious when you read the “Swiss Made” text at the 6 o’clock position. Along with the step dial the domed glass really gives, what usually is a boring flat dial, a 3D effect which is just one of many impressions you get from the watch by looking at it. 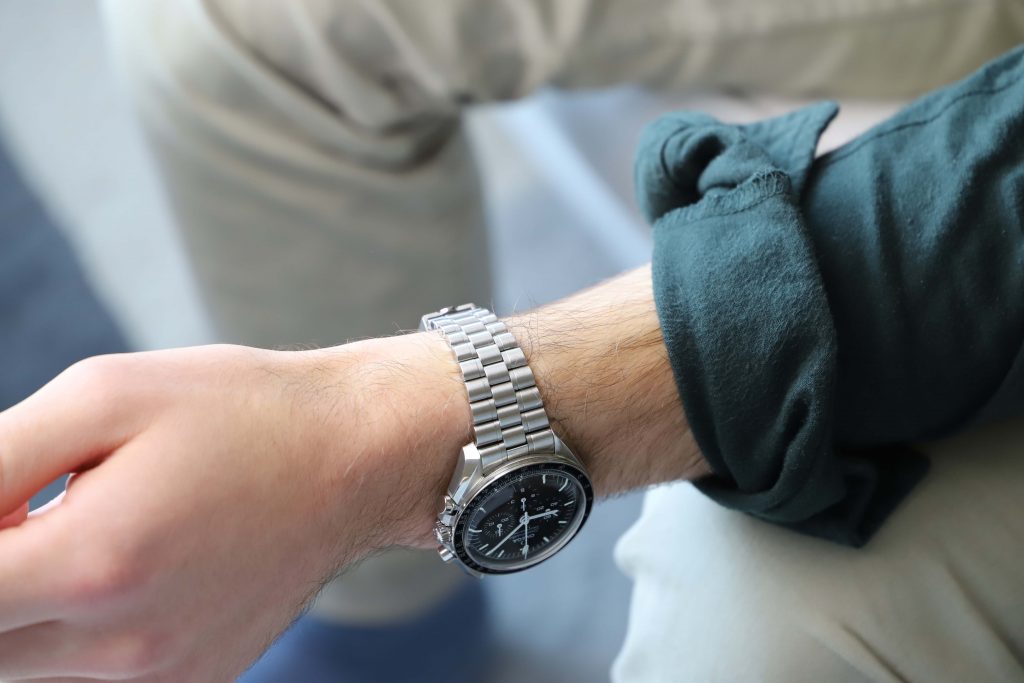 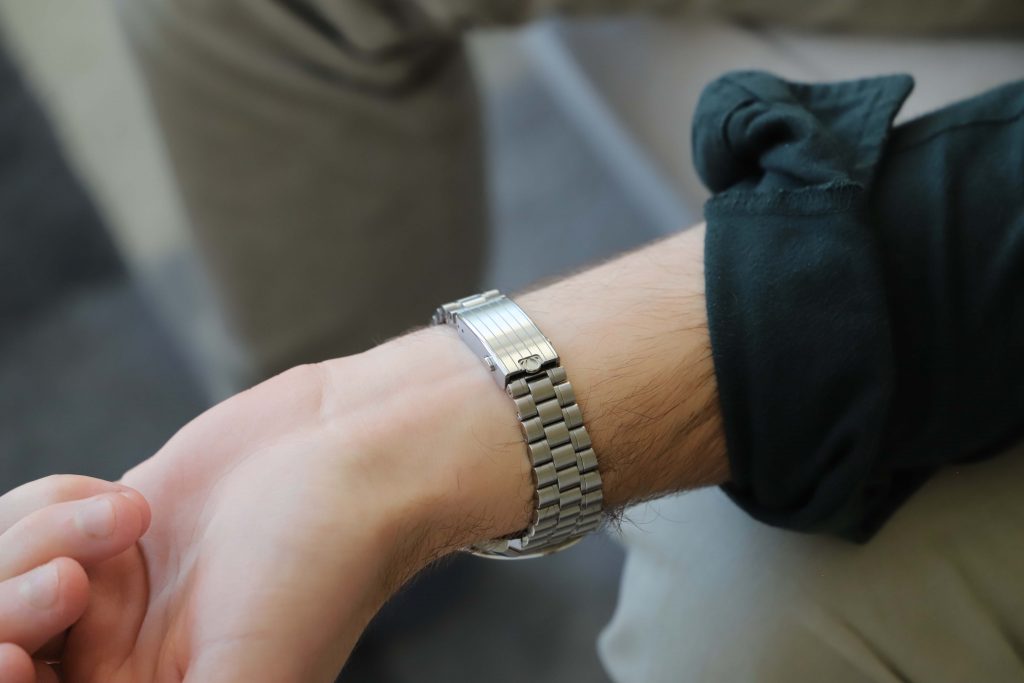