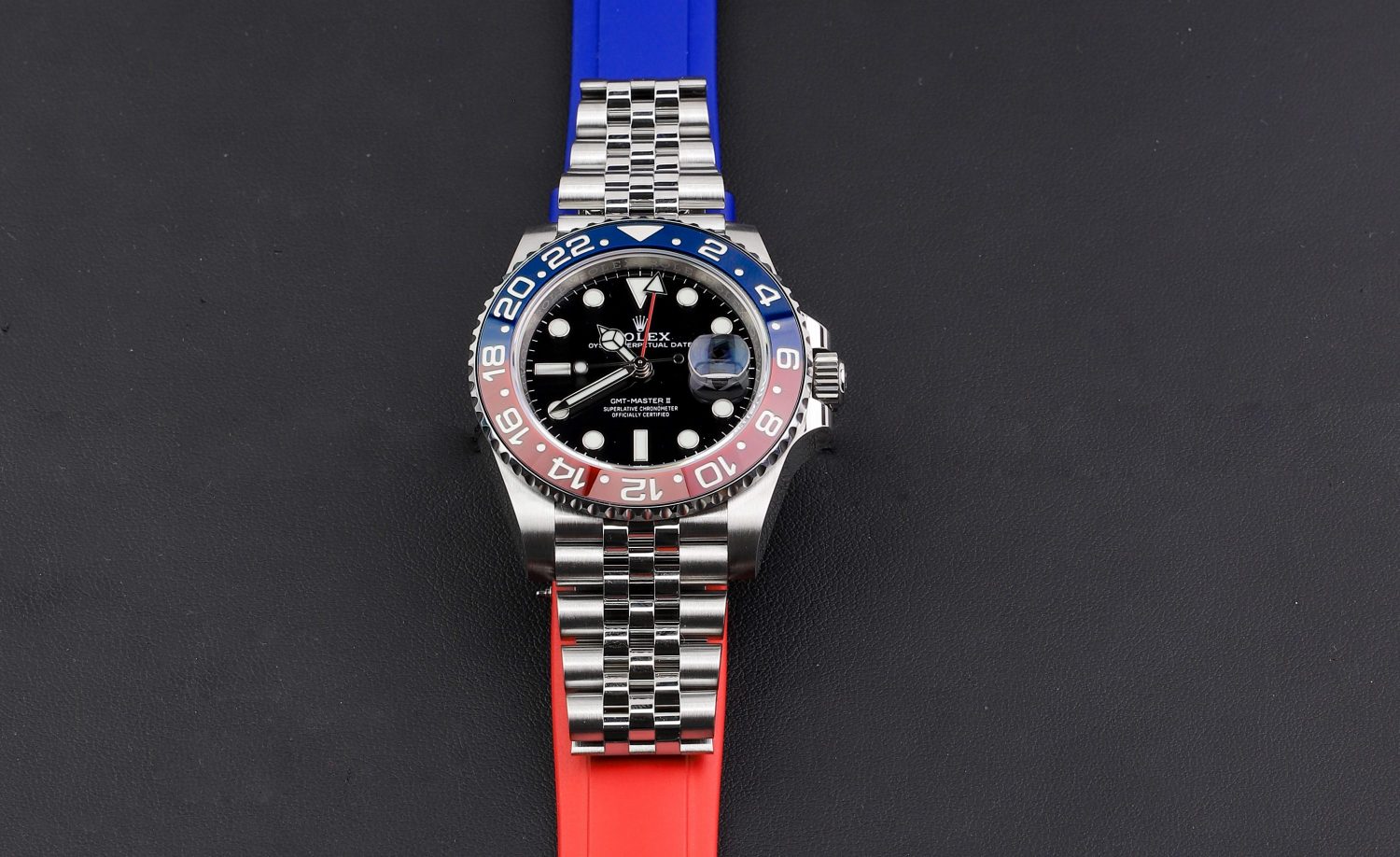 In this article, we are going to discuss a topic that, surprisingly has become rather controversial in the sense that it splits opinions. And since it refers to colors, it has been compared with ”Dress gate” – a viral internet sensation where viewers disagreed over whether a dress in a pictured was colored black and royal blue, or white and gold

So what are we talking about exactly?

We are talking about the Rolex GMT-Master II 126710BLRO and the bezel differences in terms of color.

Instead, plenty of people have raised their voices saying that the color of the bezel is often perceived as pastel pink and purple. But so, during the course of the 126710BLRO’s production, people started noticing a color change the ceramic bezel. People meant that the color of the bezel had now turned darker, and gotten closer to actually being blue and red, rather than purple/pink.

But is there any truth to this and what is the deal about what has become known as the 126710BLRO MK1 and MK2? Let’s find out. 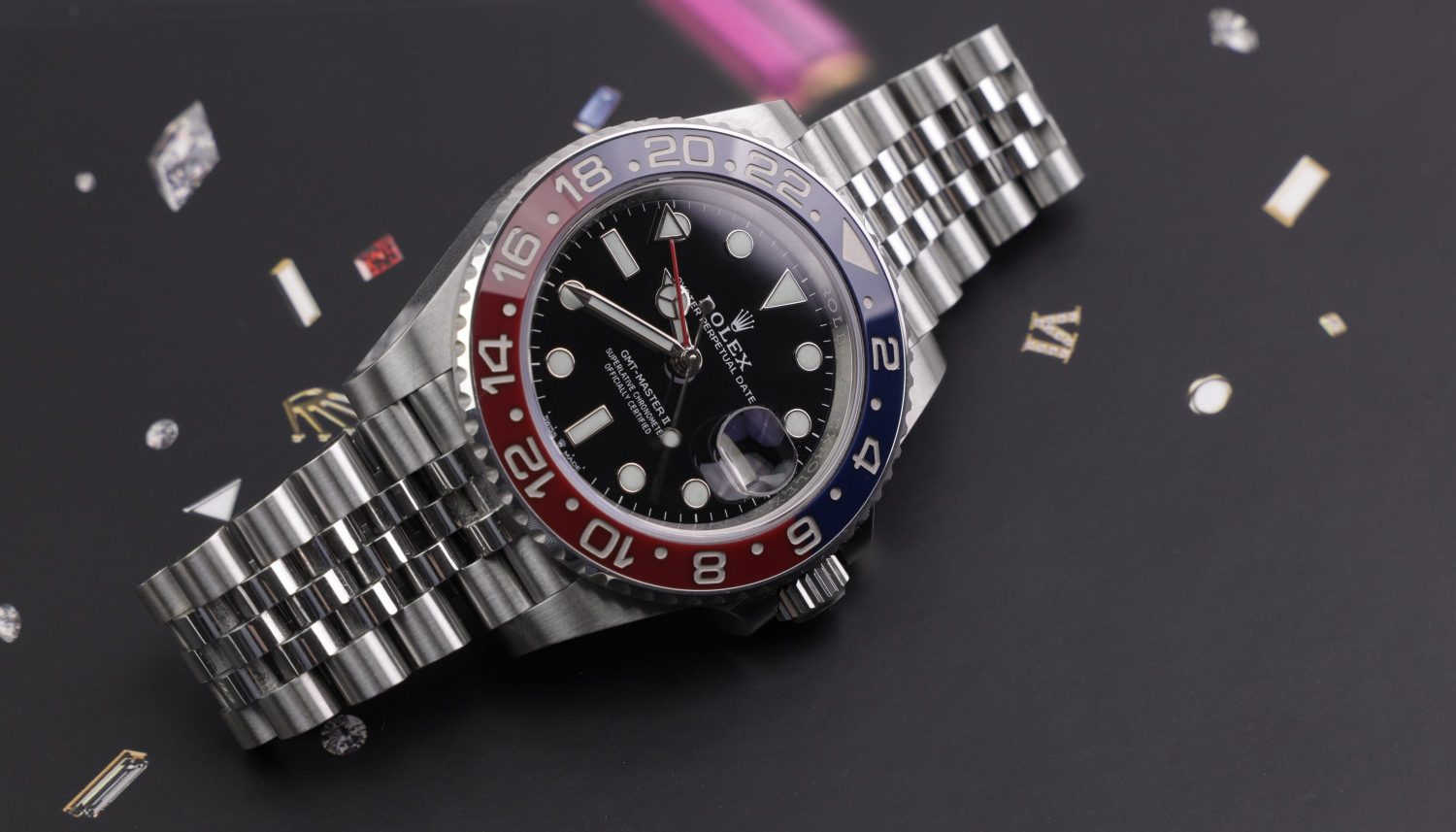 As mentioned, this topic splits opinions. There are a lot of images shared on 126710BLROs on the internet where an early-produced and a later-produced watch are photographed side-by-side, and it’s hard to deny that there is, in fact, a color difference. And after having handled numerous 126710BLRO watches, we have also noted a change in the color of the ceramic bezel. Official Rolex retailers we have spoken with also report that they have noticed a color change of the bezel in mid-production.

Since Rolex is Rolex, there have not been any public announcements or even a comment about the color of the bezel. This, of course, gives room for speculation and split opinions.

But it is believed that Rolex changed the color of the bezel rather early in its production. In about early 2019 is when people started noting a darker-colored ceramic bezel. But we will never be able to know for sure when Rolex slightly adjusted their manufacturing process of the ceramic bezel for the 126710BLRO to make the color change.

This, of course, raises the question, why did Rolex choose to change the color of the ceramic bezel? The answer could be that Rolex listens to the market, even though it can be difficult to believe sometimes. When the 126710BLRO was released, it was, of course, met with praise, but if there was one complaint that people had with the watch, it was that the color of the ceramic bezel wasn’t blue and red like the original.

Since the change in colors of the ceramic bezel on the 126710BLRO, some collectors and enthusiasts have started referring to the bezel variants as the mark 1 and mark 2.

The mark 1 126710BLRO is the first generation with the pink/purple ceramic bezel, and the mark 2 is the later version, featuring a deeper-colored bezel that is closer to dark blue and red in color.

Some people have raised the idea that the mark 1 126710BLRO may actually be using the ceramic bezel for the white gold GMT-Master II 116719BLRO. This is actually highly possible, because when looking at the 1167619BLRO, it’s clear that it has this brighter, pastel-colored pinkish/purple-ish color, just like the MK1 126710BLRO has.

Is it really just the lightning?

When talking about this topic, we also need to lift the other side of this.

A lot of people are still not convinced that the color of the ceramic bezel on the 126710BLRO has changed. In fact, ever since this topic was brought to life, there has been an endless discussion of whether a MK 1 and MK 2 bezel of the 126710BLRO exists or if it is just ”the lightning”.

And yes, seeing that the bezel is made out of ceramic, it will naturally play with the light and change its personality depending on how the light hits its. Factors such as natural sun, clouds, incandescent and so on can have an effect on how the color of the bezel is perceived. But there are many pictures online where a mark 1 and mark 2 are photographed side-by-side, and the color difference is indeed noticeable. 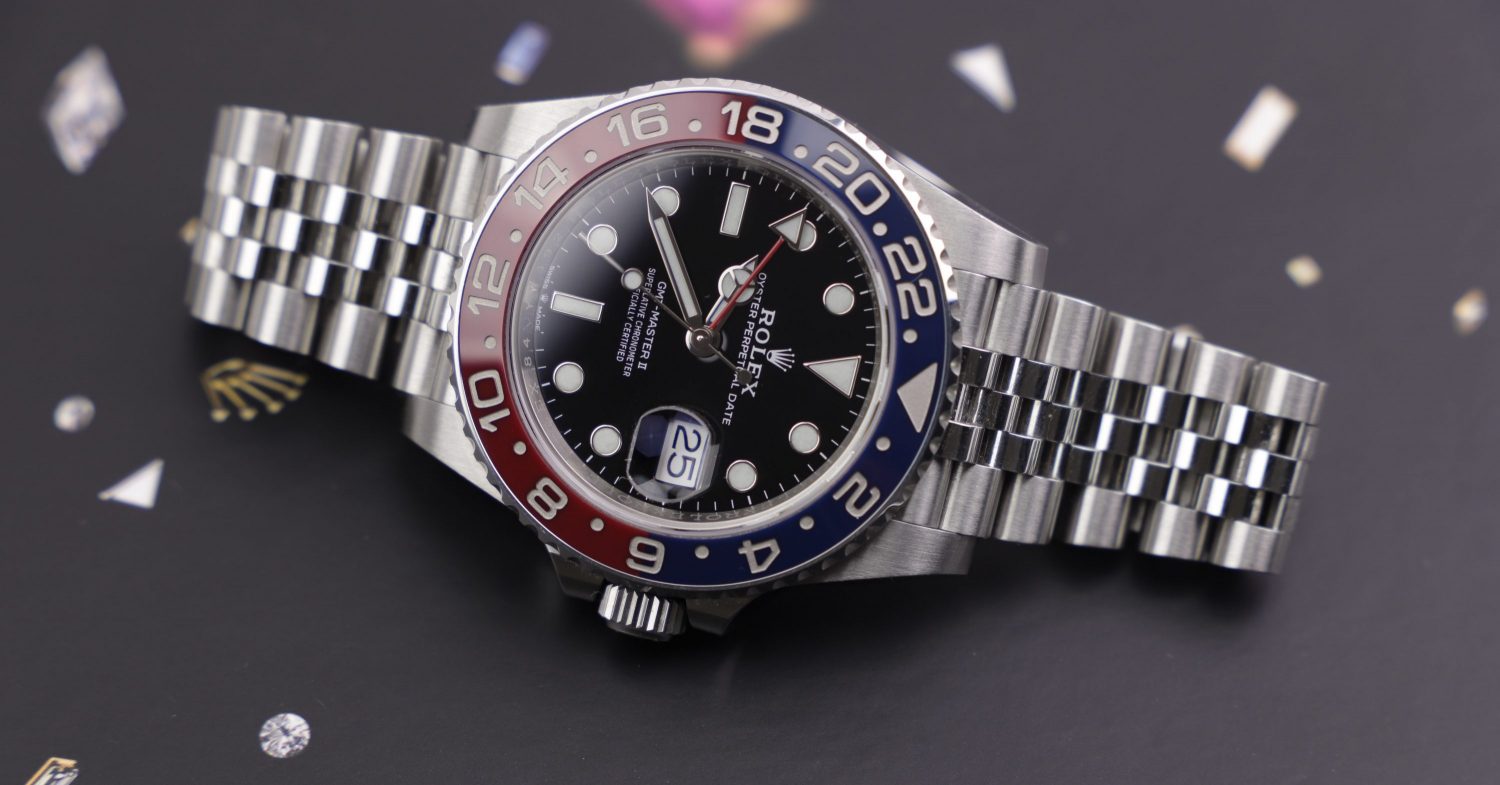 Another explanation that people have is that when Rolex makes the ceramic bezels, there can be slight changes in the different batches. In other words, there is a color difference between the ceramic bezels, but Rolex may not have done it intentionally.

Lastly, it has also been discussed that there are more than just 2 bezel variations and the theory of an additional mark 3 bezel has also become more recently discussed.

The topic of the mark 1 and mark 2 126710BLRO will likely continue to split opinions in the future. Based on the information we have, we have noted a color change of the ceramic bezel on the 126710BLRO which happened mid-production. The color change is believed to have happened sometime early 2019 or even late December, but there is no way to know exactly unless Rolex makes a public announcement.

Of course, being Rolex, the discussion of whether the mark 1 will be more of a ”collector’s piece” in the future due to the short production of the ceramic bezel. This is something for the future to tell.