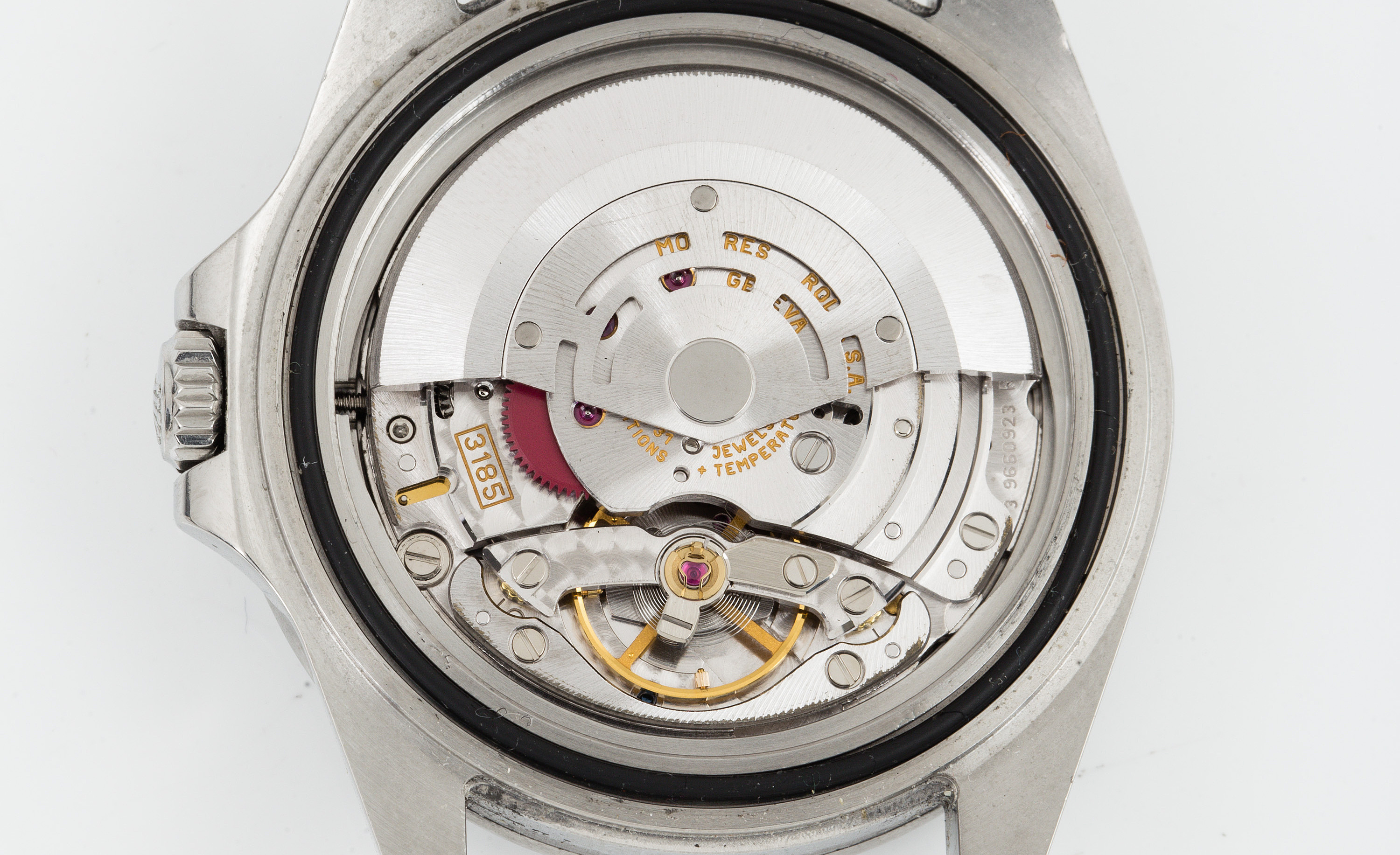 Rolex has developed many movements throughout the years. It is also a company that conducts business a bit differently than many of its competitors. Rolex develops and manufactures all of its calibers in-house. This also includes the parts for the movements.

In this post, we are going to go into detail of the Rolex caliber 3185 – one of many movements developed and made by Rolex.

The Rolex Caliber 3185 was introduced in 1989. It is a GMT movement that features an independently-adjustable GMT hand. The caliber 3185 replaced the short-lived caliber 3085 and was eventually replaced by the new and upgraded caliber 3186 in 2005-2006.

Like all of Rolex’s movements, it is developed and manufactured entirely by Rolex.

The Caliber 3185 uses a ratchet on the hour wheel to change the date and is equipped with a Nivarox hairspring which is the only part not made by Rolex in this movement. Furthermore, it uses a Breguet overcoil and has a balance made of beryllium/copper, which, in Rolex’s language is referred to as Glucydur. This balance is paramagnetic and does not expand in varying temperatures. 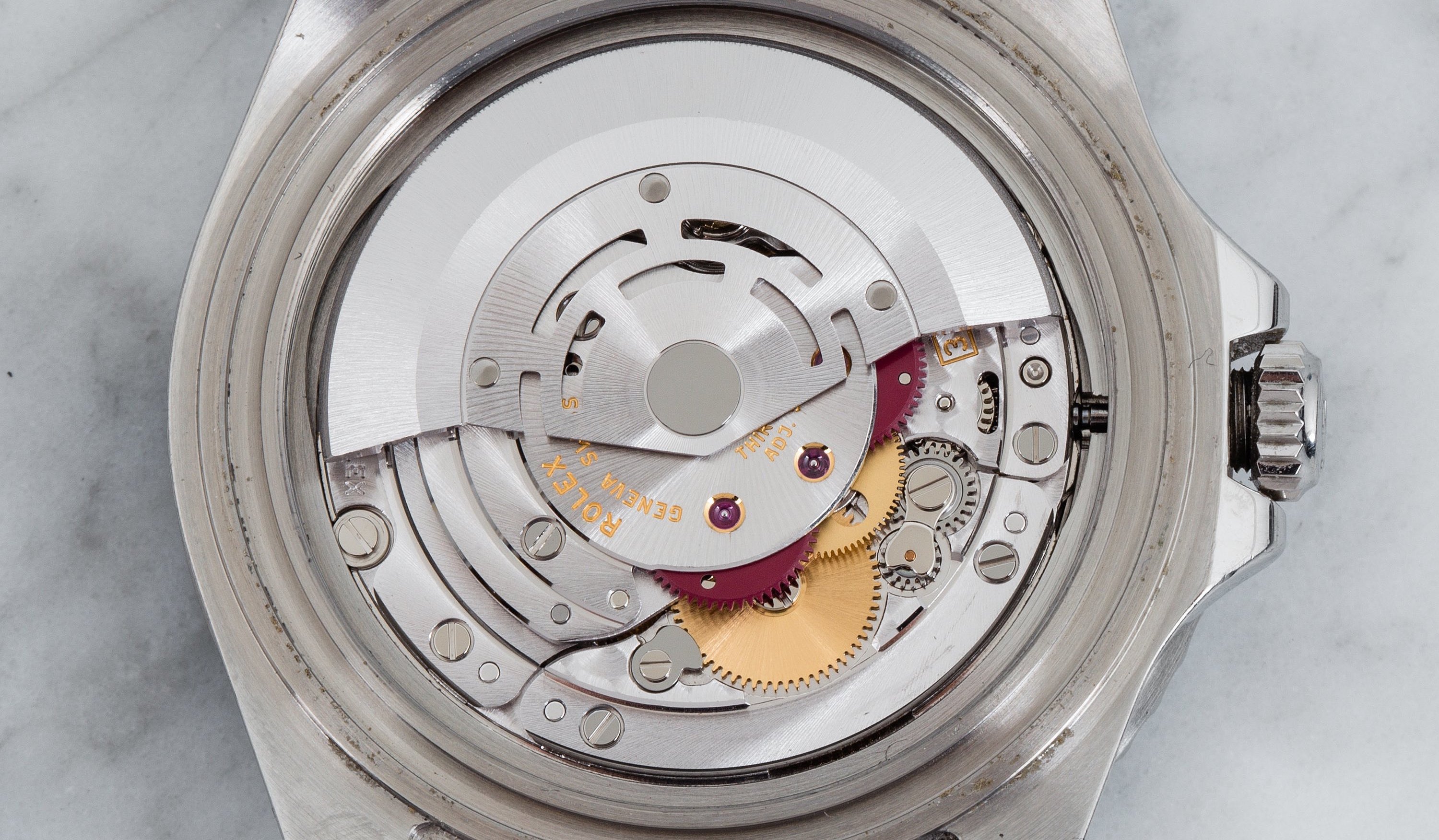 For regulation, it has a Microstella regulation with four screws which can be adjusted. For improved resistance to shocks, the caliber 3185 uses a Kif Elastor anti-shock system on the balance.

The Caliber 3185 is an interesting one – in particular as it is widely discussed among collectors. Why? Because when the time is adjusted, the GMT hand slightly moves. This is an easy way to tell if a GMT Rolex is using a caliber 3185 or a 3186. Because of this ”flaw”, the GMT-Masters with the 3186 has a premium over the caliber 3185s. 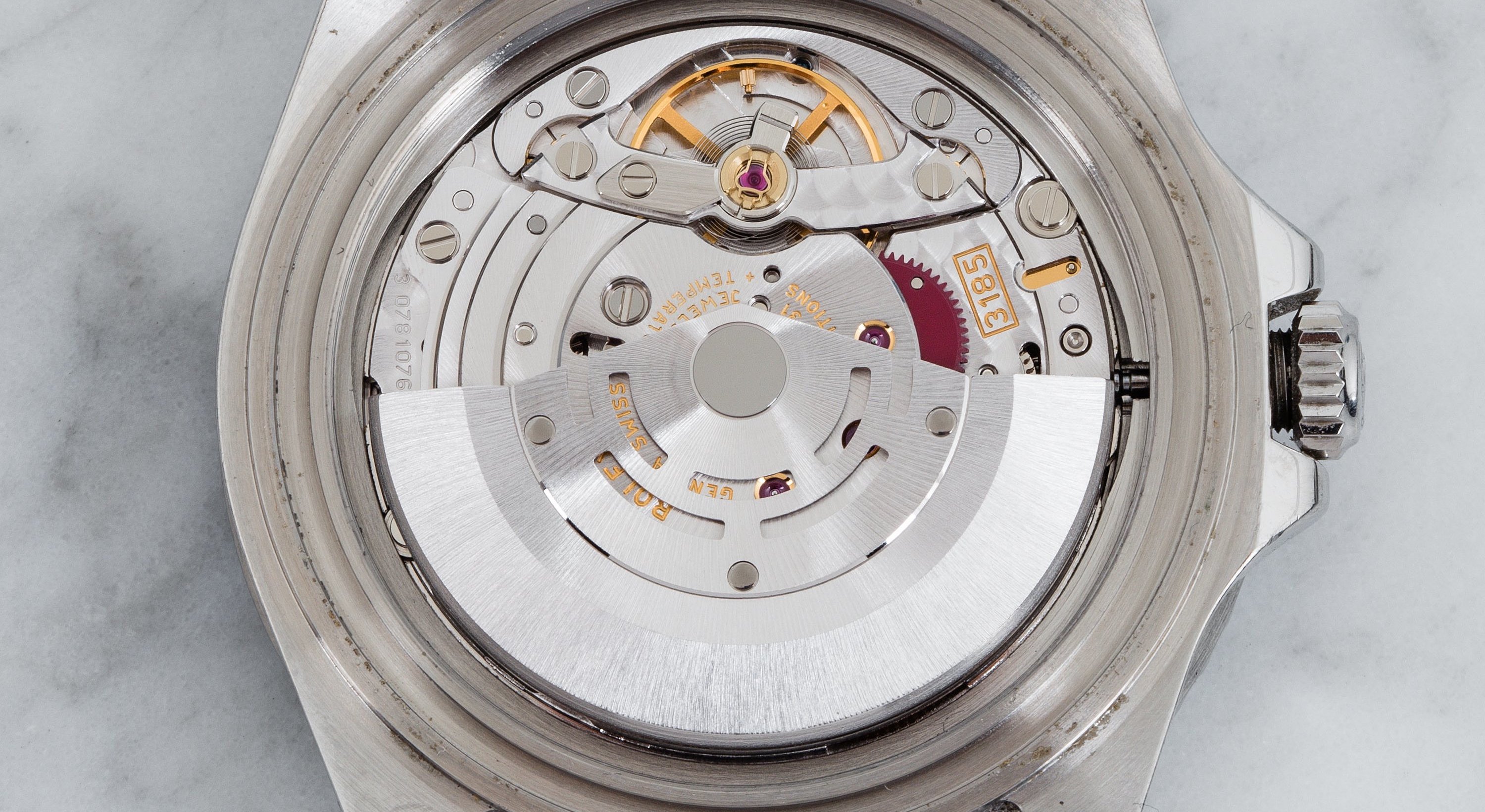 Rolex replaced this caliber in order to introduce a movement that used the new blue Parachrom hairspring which, when released, was a major innovation from Rolex. This hairspring is still used to this day and is made from an alloy of niobium and zirconium. The benefit of this hairspring is that it is resistant to magnetism and has a shock-resistance that is up to ten times better than the hairspring of the 3185.