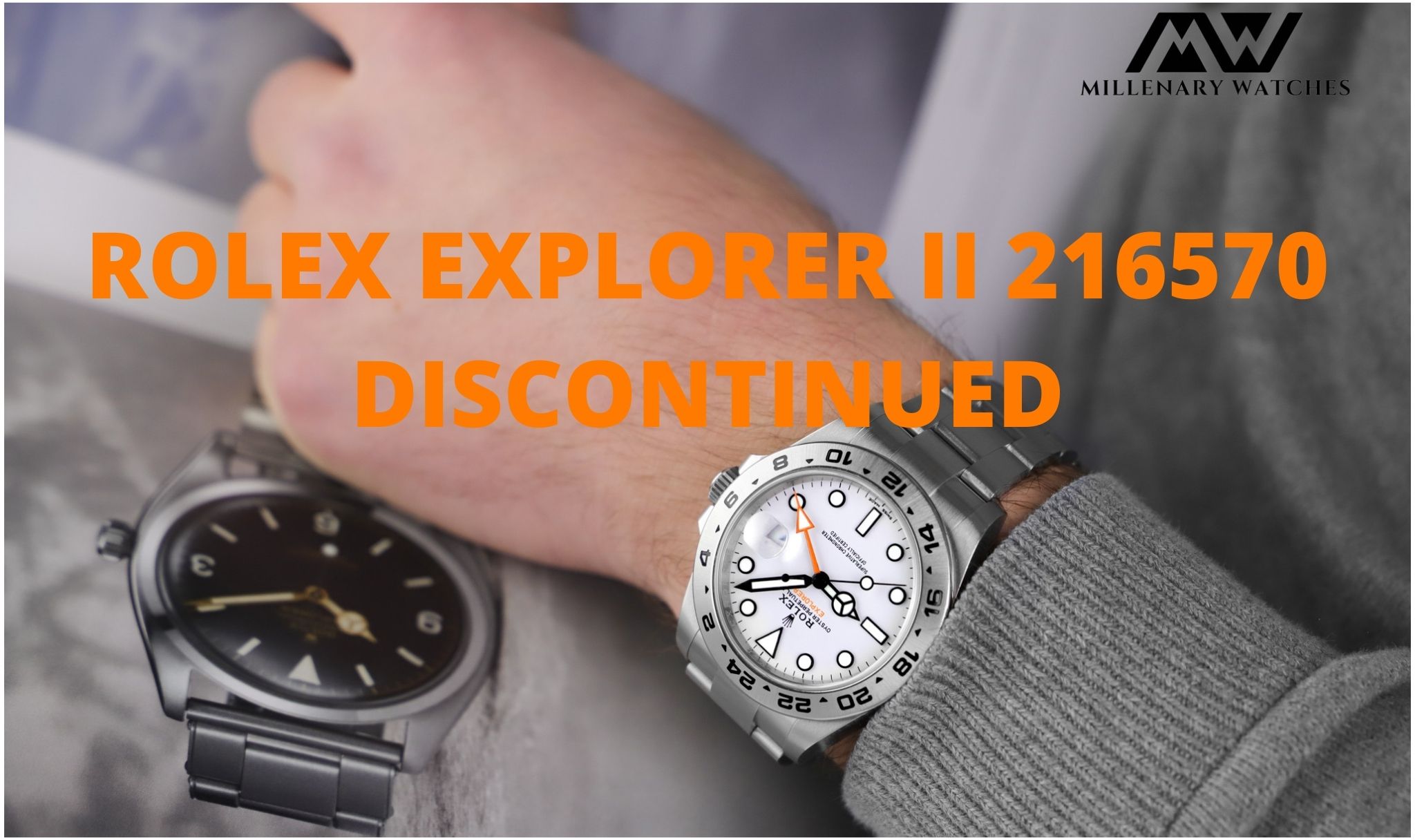 It doesn’t quite come as a surprise that for Rolex’s presentation of new models for 2021, the Explorer II is the star of the show. 2021 is actually the 50th anniversary of the Rolex Explorer II, and in traditional Rolex fashion, the brand has to celebrate this. The rumors and speculations started already in 2020 that this year Rolex would present a new Explorer II, and on the 7th of April 2021, the announcement is officially made.

But we can already report that the Rolex Explorer II 216570  has officially been discontinued and replaced by a new reference.

The first Rolex Explorer II was presented in 1971 and carries the reference number 1655. Since then, Rolex has released a number of new generations for this model. After the 1655 followed the reference 16550 in 1985 which is considered a transitional reference. Apart from a few tweaks and an improved movement, it was also the first time the Explorer II was available both with a white or a black dial. Following this, Rolex released the reference 16570 in 1989. To celebrate the 40th anniversary of the model, Rolex presented the new reference 216570 in 2011 which also increased the case size from 40 to 42mm.

Now, 10 years after the introduction of the 40th anniversary comes an even more important anniversary, the 50th anniversary, and so unsurprisingly, the Explorer II is once again the highlight of this year’s Rolex releases. 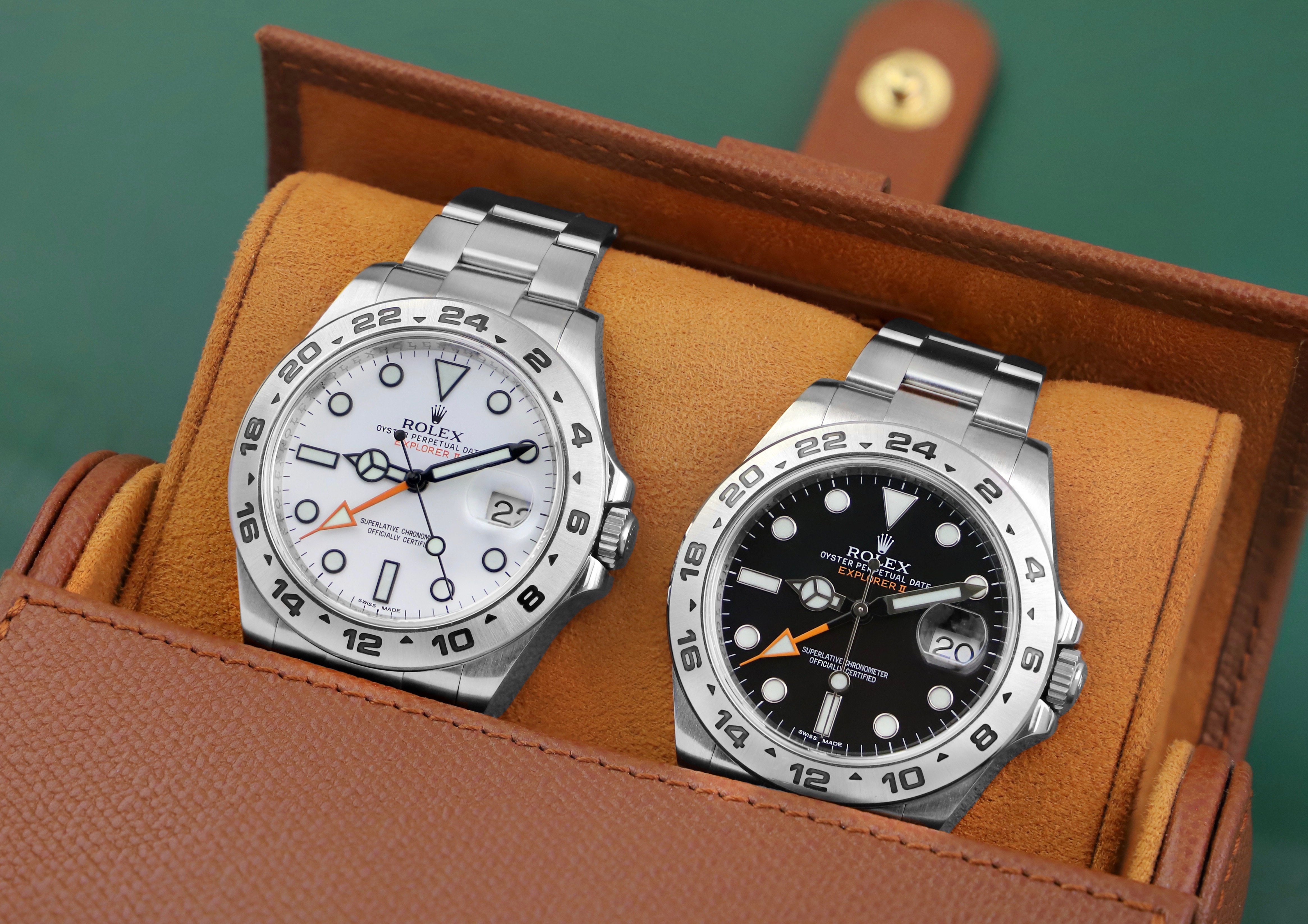 Rolex started off by presenting this teaser on the 2nd of April 2021:

This video starts off with a video clip of northern light, which is only found in northern places, which of course is a perfect fit for the Exporer II. Furthermore, we can see a clip of a cave explorer, also known as a spelunker, which is what the Explorer II was originally made for.

As if that wasn’t enough, making a few tweaks to the original teaser images will reveal this:

This photo reveals the distinct 24-hour markings on the bezel, which is found on the Explorer II. With that said, the introduction of a new Explorer II after these teasers and numerous evidences is no longer only speculation, it’s a fact.

Common speculation is that the new Explorer II would receive a ceramic bezel, in line with upgrades to many other models that Rolex has introduced in recent years. And based on the picture above, Rolex may have introduced a ceramic bezel, but perhaps not the way people expected.

In addition to this, we have this image:

This image reveals the classic, additional 4th GMT hand which is found on the Explorer II. This photo also likely indicates that the white dial on the new Explorer II remains.

In addition, we now also have this image which clearly shows the Explorer text on the dial.

With the introduction of the 50th anniversary Explorer II, it also means that the Explorer II 216570 is now officially discontinued and out of production. the 216570 had a good production run of 10 years, but seeing it still had the old generation caliber 3187, and Rolex has consistently upgraded its model to feature the new generation calibers 32XX, it makes sense that it was finally time for the new Explorer II 216570 II to be upgraded and fitted with the caliber 3287.

It’s official! The Rolex Explorer II 216570 is now discontinued and has been replaced by the new Explorer II reference 226570. Rolex did not introduce a ceramic bezel unlike what many people believed but stuck to the classic stainless steel bezel. 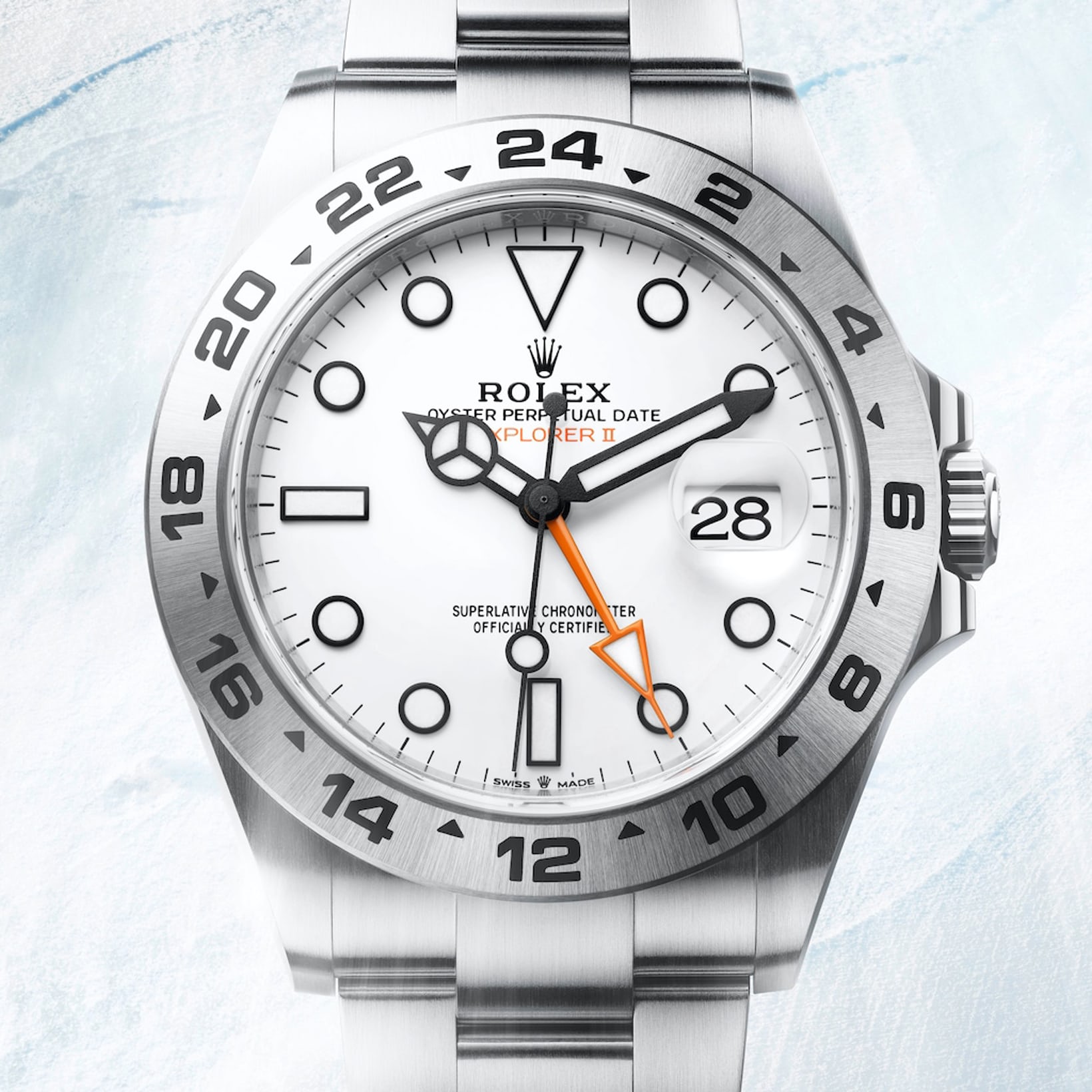 So.. what’s new? Well, the most important upgrade to this watch is the new generation caliber 3285. In addition, the lugs have been reworked and made slightly slimmer than its predecessor, whilst the case still retains its 42mm case size. Rolex has also reworked the hands of the white and black Explorer II slightly by removing the blacked center of the hands on the white dial version and made the hands on the black dial version in full white gold, by removing the “floating hands design”.

Another important change is that the black dial version of the 226570 now has a lacquered dial instead of matte which was found on the 216570.

In many ways, Rolex stays true to its ethos of focusing on evolution, not revolution, and this is what the 226570 is all about. The new 226570 retains all of the classic elements that define the Explorer II and only made slight improvements and refinements to its design.