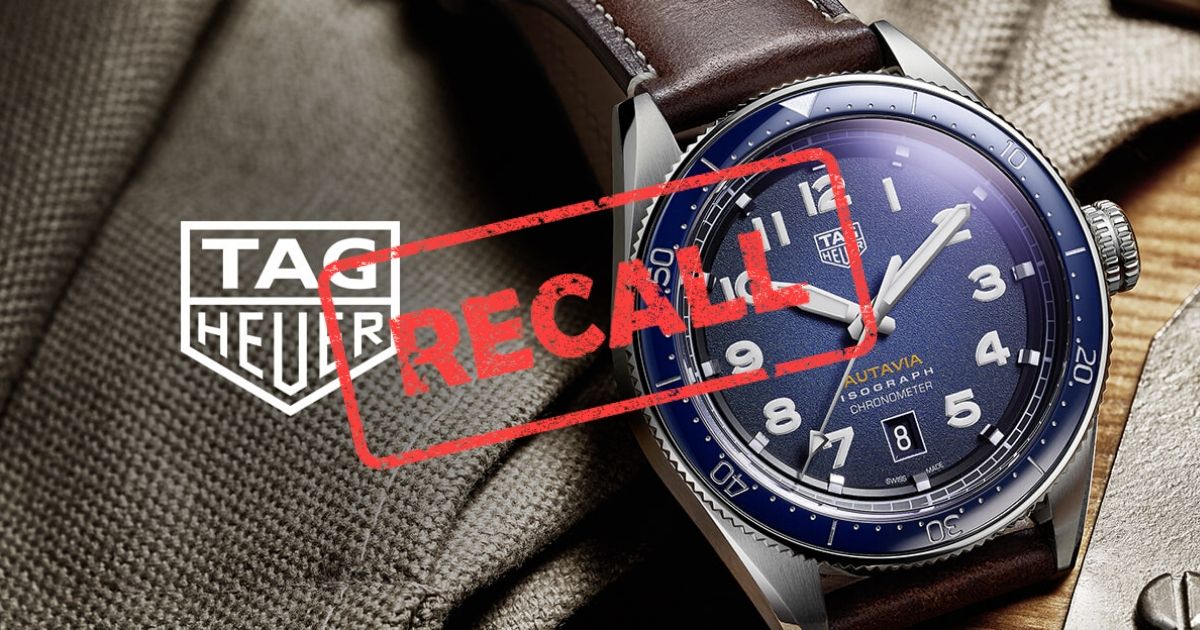 In September 2019, Tag Heuer recalled all its Isograph watches worldwide, without saying a word to the public. In this article, we will discuss the worldwide Tag Heuer Isograph recall and why it turned out the way it did.

At Baselworld in March 2019, Tag Heuer announced a brand new collection of watches called Isograph. The Autavia was originally meant as a timepiece for aviation and automobile ( Auto + Aviation = Autavia. ), however, the watch mostly established itself as a motorsport timepiece and did not really catch on with the aviation crowd

However, the Autavia was actually used as a pilot’s watch in some instances, as back in the days, Heuer made Autavias for the Kenyan and Argentine Air Force.

And with the Isograph, TAG Heuer is experimenting with a side of the Autavia that’s mostly forgotten; aviation.

The Isograph was released by Tag Heuer as part of the Autavia collection to remind us that it’s just as capable as a pilot’s watch as it is a motorsports chronograph.

To make this Autavia more aviation-inspired, they’ve taken the watch in a three-hand direction and traded the traditional indices for Arabic numerals on the dial. A bi-directional 60-minute bezel, broad sword-shaped hands, and an oversized crown round out the cockpit-inspired aesthetic and functionality. This new range has the distinction of “Isograph” nomenclature which refers to the carbon composite hairspring utilized in TAG Heuer’s own Caliber 5 movement. What’s new is that the caliber 5 caliber has a carbon hairspring.

Things were looking really good for the Isograph collection. At its release, it received a ton of praise. But then, they were all recalled worldwide. Here’s what you need to know.

The recall was done relatively early on in its production, however, the model had already started reaching official retailers and started selling, but any and all watches that retailers have received have been sent back to TAG.

So what does this mean for owners of the Isograph? Well, TAG Heuer will buy back any models already sold to customers, but it is of course up to the customer to decide if they want to.

Why TAG Heuer recalled the Isograph

The worldwide recall of the Isograph has to do with a technical issue. The issue supposedly has something to do with the new materials used in the movement. The carbon composite hairspring was praised as innovative when the model released, but the issue could potentially have to do with the hairspring which may not be durable enough for real-life use. 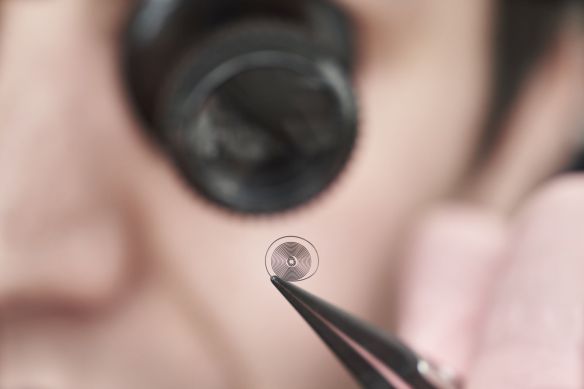 The user @Aquagraph on Forums Calibre 11 asked the question and received this response:

”We have limited the production of the timepieces featuring the new Isograph technology. This technology is a watchmaking first and its currently being tested and finalized at TAG Heuer, with an on-going improvement of the production and assembly processes. The Isograph technology works and the limited quantities we have produced have passed the COSC certification. The challenge for this breakthrough technology, already in high demand, is that for a larger production / higher volumes, the production and assembling processes have to be finetuned, in order to achieve the highest quality level we expect from all our timepieces. That’s the reason we/ TH are / is now proceeding to a period of extensive testing.”

With that said, TAG may have just been too eager to start mass-producing the carbon hairspring after it was announced in the Tourbillon Nanograph, which is produced in far fewer numbers than the new Isograph range.

After some detective work, we are able to share some very interesting news related to the Tag Heuer Autavia Isograph.

If you search Autavia on the TAG website, you will be able to find all Isograph models:

HOWEVER, what you may notice is that the collection is no longer promoted as ”Isograph”. Instead, they are simply named ”TAG HEUER AUTAVIA CALIBRE 5 CHRONOMETER”.

Furthermore, looking on one of these watches will reveal a very interesting detail: 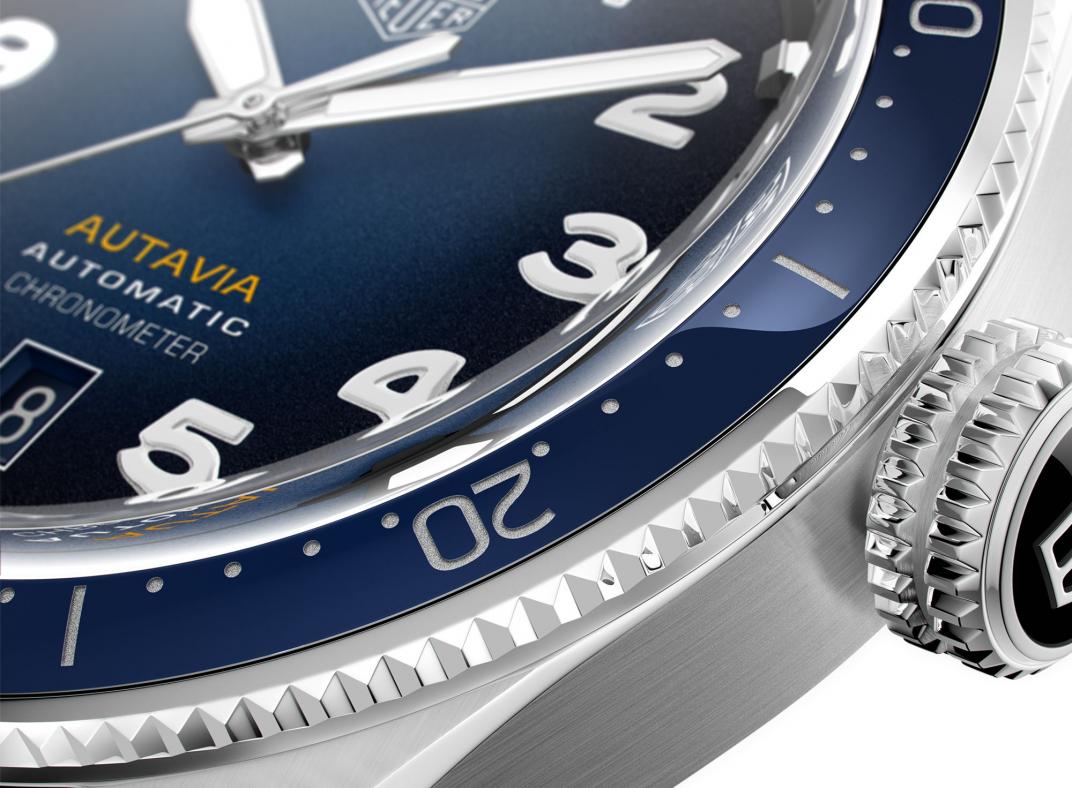 Do you see it?

Here’s a photo of the old Isograph to help you: 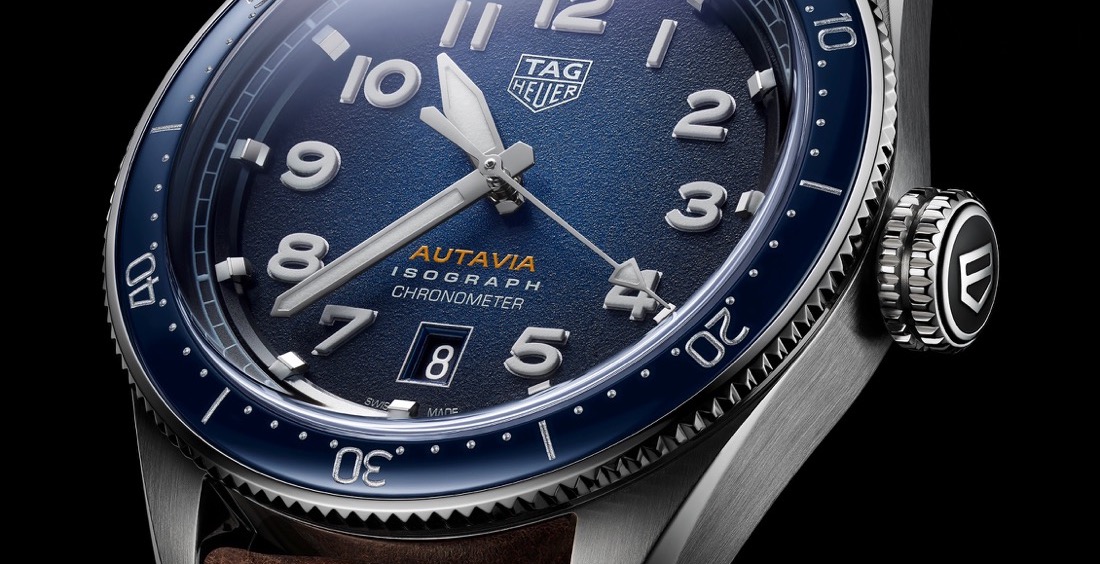 That’s right, the Isograph printing has been removed from the dial and instead been replaced by ”Automatic”.

So apparently, this is TAG’s way of moving forward from this big mistake, if you may. The model has been renamed, which means that the carbon composite hairspring which was wildly celebrated as innovative is no more, as the watches are instead equipped with standard Calibre 5 calibers. A rebranding seems like a good decision to make, because other than the issues with the movement, the Isograph is a great looking model that received great reviews related to its design. Plus, it’s safe to say that TAG has invested tons of resources in designing and developing this new model, so it simply wouldn’t make financial sense to abandon it altogether.

Previously, TAG proudly promoted the carbon-composite hairspring in the specifications, but now, it’s nowhere to be found.

Does the abandonment of this revolutionary hairspring remove much of the value proposition of the Autavia Isograph? It’s safe to say that it indeed does. On paper, this technology was a big value proposition added to the model. But now, it features a standard TAG caliber 5 movement which can be found in a big number of other Tag Heuer timepieces.

Lastly, what we are also able to note is that because of the change of the movement, all (previously Isograph) models have now gotten a new reference number.

So the natural question is: Will TAG decrease the price because of the removal of the revolutionary hairspring from the model? The answer is yes probably, but only by a few hundred.

With the early recall of this model, we can assume that only a relatively small number of Isograph watches have reached end consumers. However, they are out there. Could this mean that this first generation of Isograph watches will become future collector’s pieces, which symbolize a part in TAG’s history when they made a mistake that leads to worldwide recall? Who knows.

What we do know is that Tag Heuer will not continue to produce or promote this collection as ”Isograph”, but rather only as ”Autavia”.

This makes the Autavias with the Isograph printing on the dial rather special…and perhaps highly sought-after in the future due to their limited production.

What is interesting is that the Tag Heuer Nanograph Tourbillon which features the same technology of a carbon hairspring is still available. If TAG will eventually discontinue this watch, we will have to wait and see. But it’s certainly a shame since TAG has invested tons of resources into this new technology. Maybe it will find its way back into new watches when the brand has figured out how to make the tech reliable and durable. The selling point of the Nanograph is the hairspring, so chances are that either the Nanograph will be discontinued completely, or perfected to still be in production. Unlike with the Autavia Isograph, TAG would not just replace the movement in this watch.

Will the carbon hairspring become mass-produced by TAG in the future? Possibly, but first, they need to make sure the technology is reliable and works the way it should first.

Is this a good decision from TAG Heuer to rebrand it and fit it with the tried and true Calibre 5 with no gimmicks? Share your thoughts in the comment section!