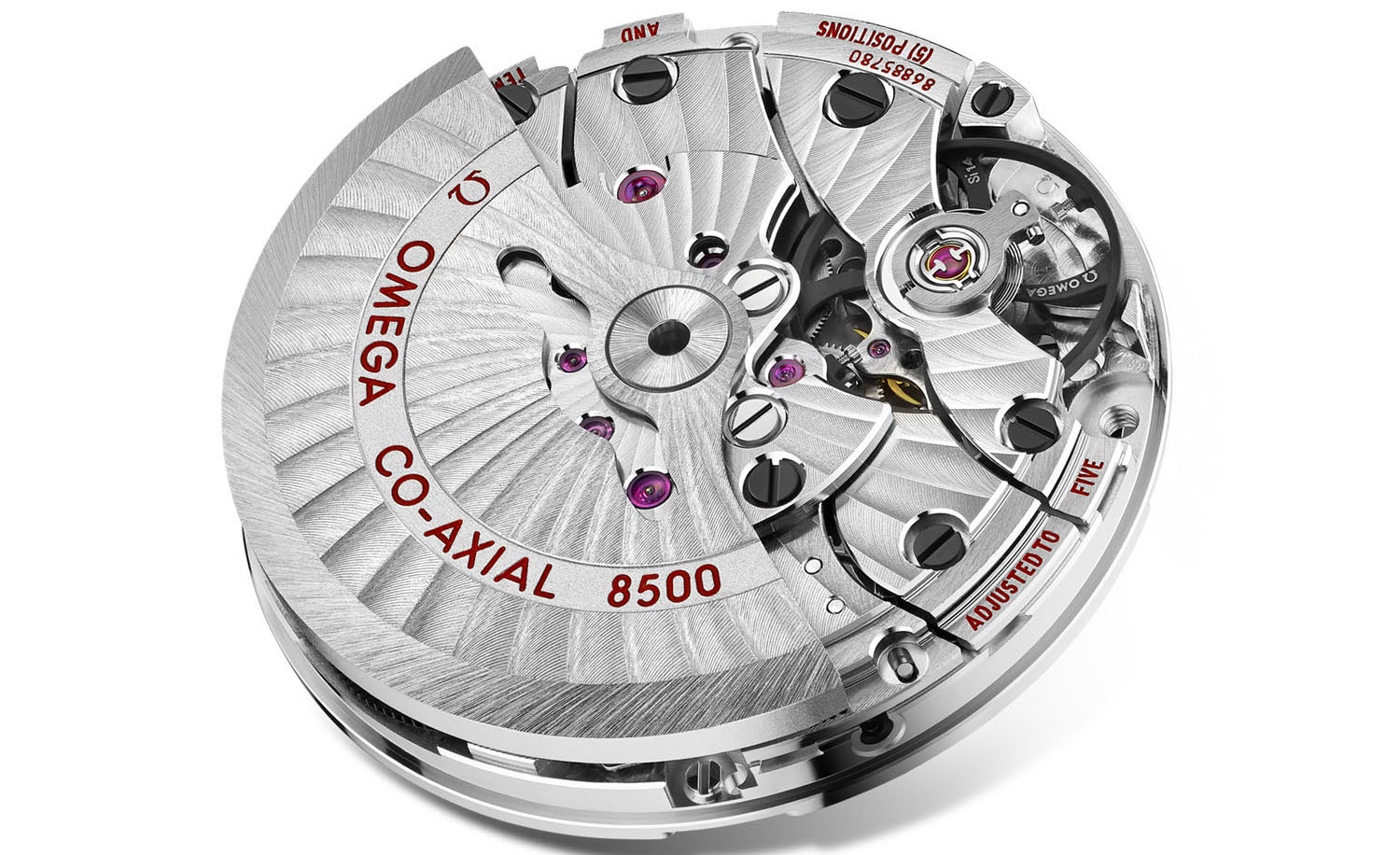 The caliber has a power reserve of 60 hours and is, of course, Swiss made.

In the 1970s, the Omega brand retired the 1000 series calibers. Since then, Omega has equipped its watches with different versions of ETA calibers. This was until around the 1990s when Omega purchased a patent by George Daniels. The patent was for something that now has become closely associated with Omega – the Co-Axial escapement.

The co-axial escapement helped Omega address a big issue they had previously had with their watches, which was sliding friction produced when the escape wheel touched the pallet jewels.

This caliber was an important milestone for the brand as it helped the luxury watch producer to reposition itself in the top market range. This series of calibers is the result of half a century of research and development. 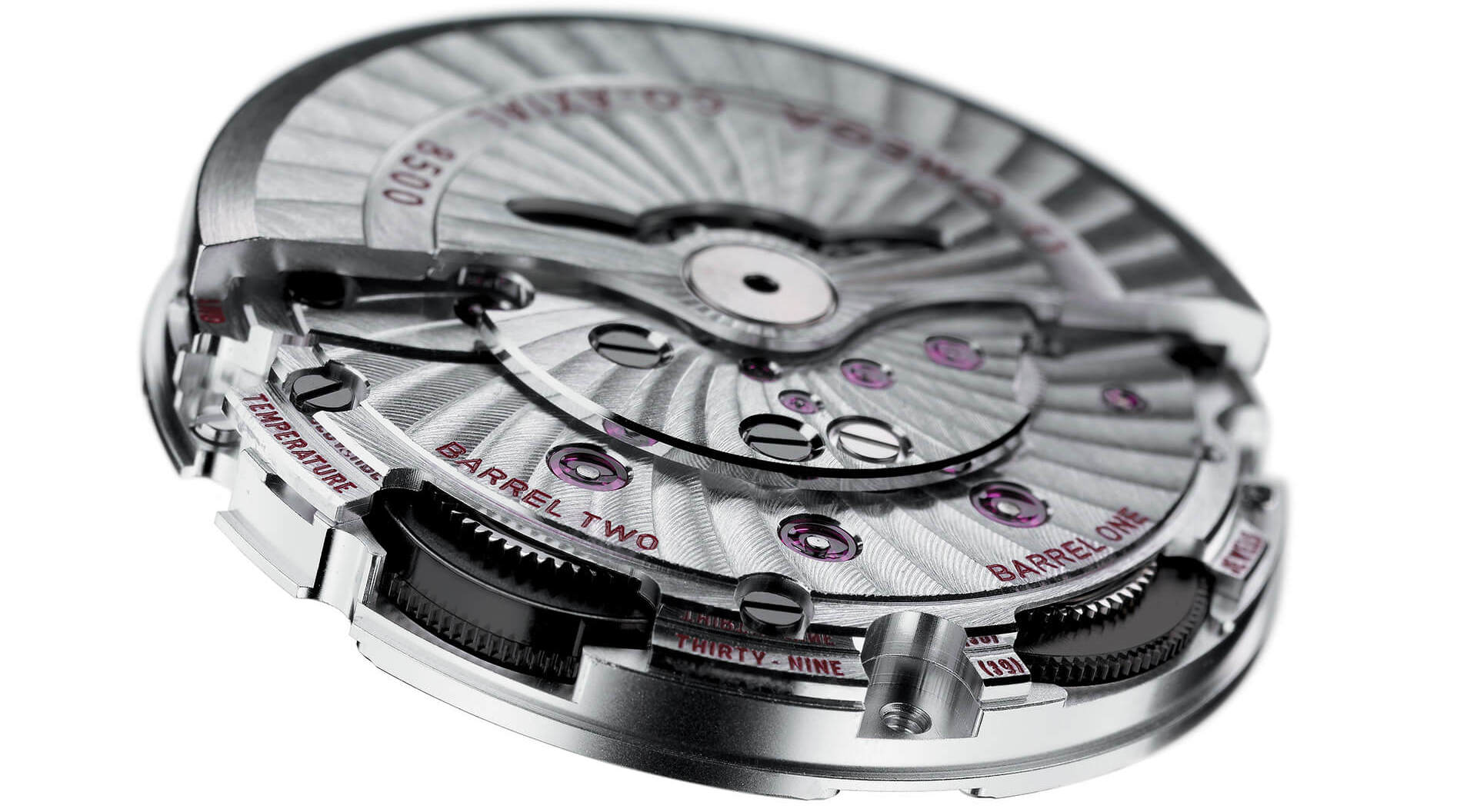 The Calibre 8500 from Omega is today one of the most used calibers, as it is used in the Seamaster collection. To fit the Seamaster collection, the size of the movement was increased by 13% compared to the previous generation which was the caliber 2500 series. The caliber 8500 series was released in 2007 and has established itself well in Omega’s range of watches. Interesting to point out is that Omega caliber 8500s manufactured after 2011 come equipped with the silicon Si14 balance springs. This silicone provides more stability to the movement. Owners of a caliber 8500 pre-2011 can have the balance springs easily upgraded. 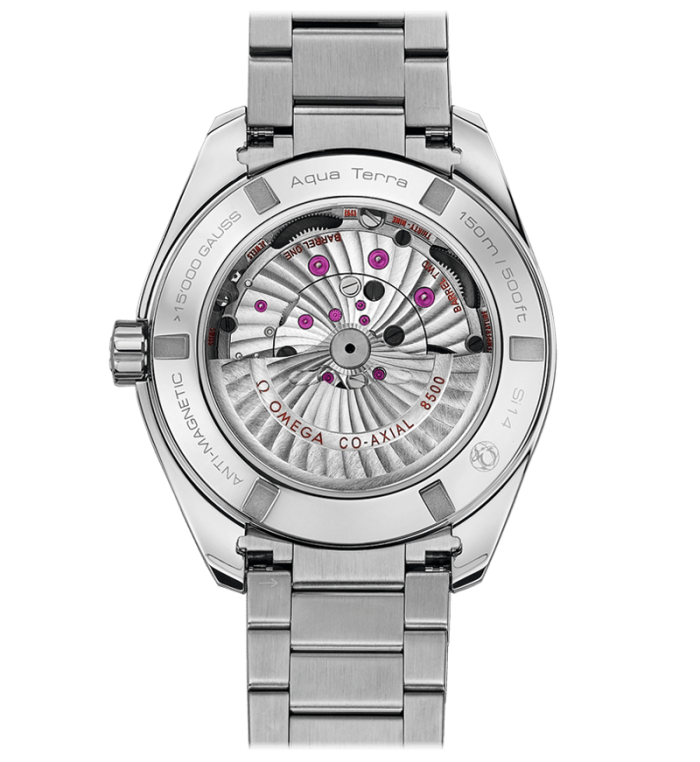 When it comes to issues, the Omega caliber 8500 has had no major reported issues. The previous versions of the co-Axial escapement mechanism had reported issues with the beat-rate and jamming issues, but this caliber seems to have solved those problems.

To wind the Omega caliber 8500, you need to rotate the crown 60 manual rotations.

The bridges of the movement give an impression of quality. They are solidly made and well-finished. It is decorated with “Cotes de Geneve en Arabesque” which  enhances the quality impression of this movement and also makes it more interesting to look at.

Is the Omega Caliber 8500 an in-house movement?

A common question about the caliber 8500 is whether or not it is manufactured in-house.

Omega calls this movement an in-house movement, however, people are skeptical about this since the movement is actually made by ETA, featuring Co-Axial  designs and technology. The catch is that Omega and ETA are both owned by the Swatch group, so this leads to the question if any movement made by ETA for Omega watches can be considered in-house as both companies are under the ownership of Swatch group.