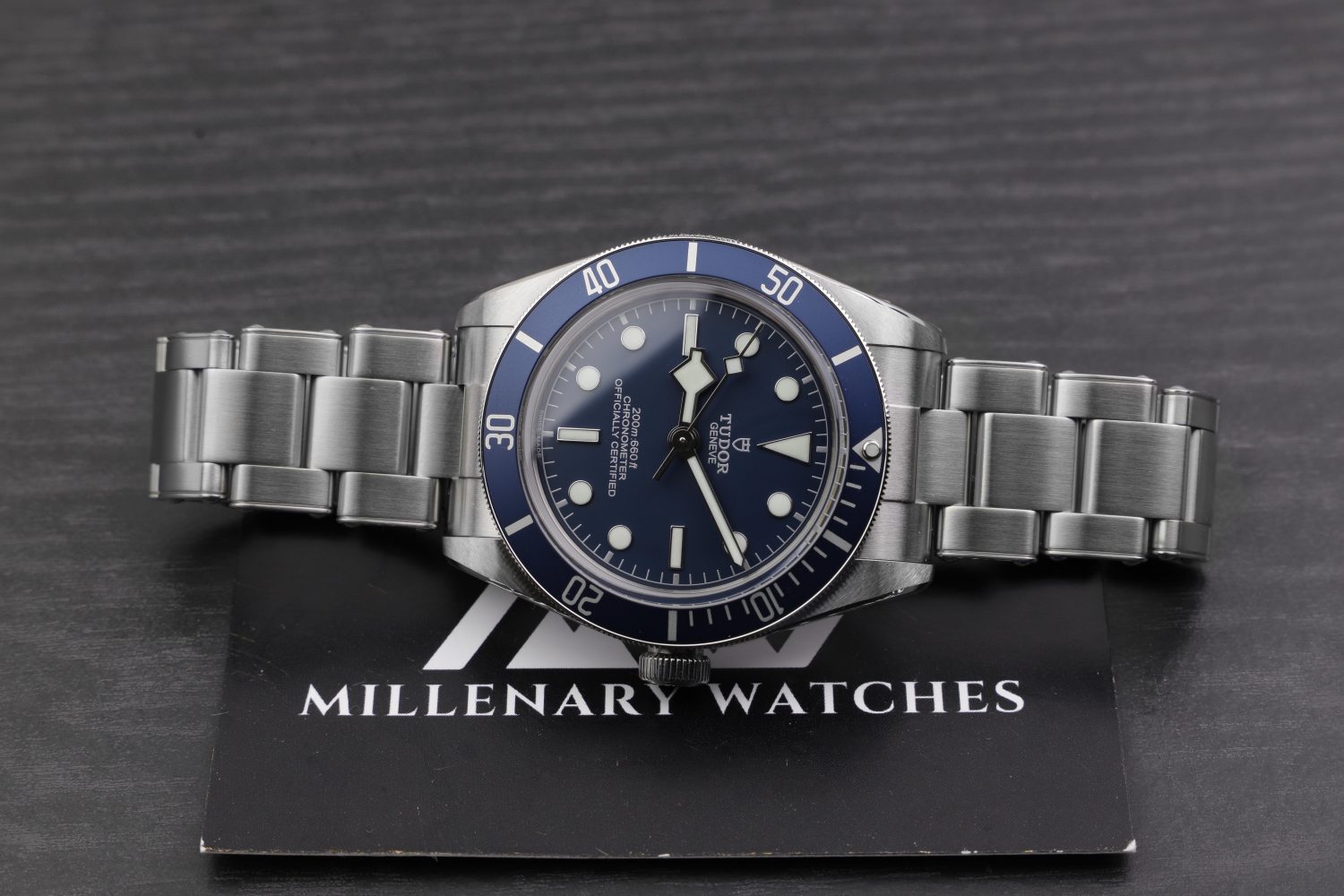 Finally! The time has come for Tudor to announce perhaps the most anticipated watch since the brand launched its 39mm dive watch Heritage Black Bay Fifty-Eight reference 79030N in 2018. Since this launch, people have anticipated more variations of the now-loved and appreciated 39mm configuration, and Tudor has listened to our prayers and presents on July 1st, 2020 at 7 am CEST the Tudor Heritage Black Bay Fifty-Eight 79030B – a blue dial and bezel version of the 79030N.


Background to the Tudor Heritage Black Bay Fifty-Eight 79030B

To understand where the 79030B is coming from, we need to look at the first iteration.

In 2012, Tudor released its immensely successful Heritage Black Bay reference 79220. In terms of design, this was a huge success as it sought inspiration from vintage Tudor dive watches, which have design features that collectors and enthusiasts have come to love. But there was one main complaint about this watch which was that it was too big. Unlike the watches it took inspiration from, it did not have a vintage size at 41mm. Tudor presented the 79220 in three colors – black, blue, and red, to cater to all tastes and preferences, as seen below: 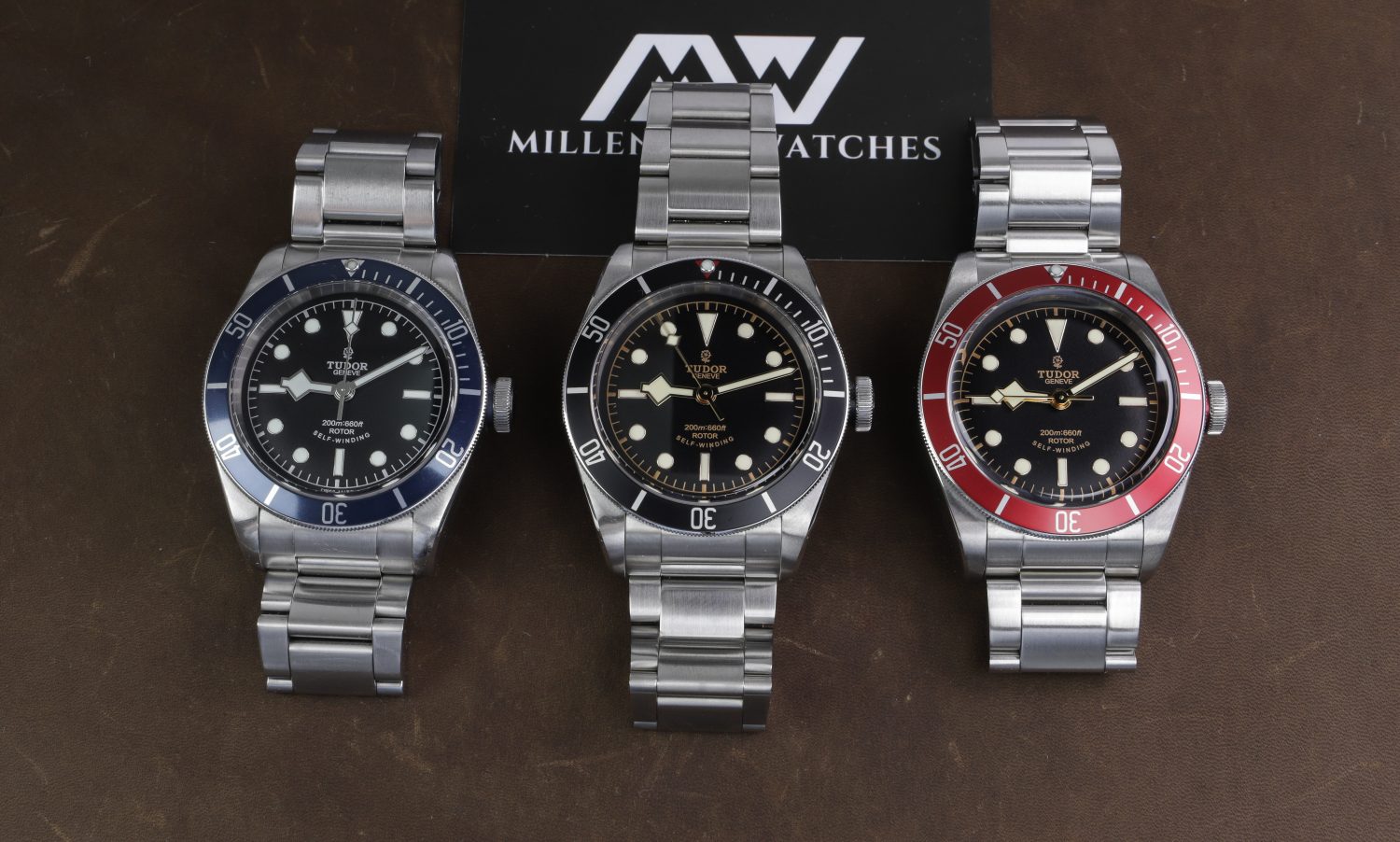 And so in 2018, Tudor proved it had listened to the opinions of the crowds and released a 39mm version of the Heritage Black Bay named Black Bay Fifty-Eight reference 79030N.

The catch? Unlike the 79220 and the successor, the reference 79230 (featuring an in-house movement), it was only available in one color – black.

The 79030N proved to be a huge success, received great critique, and became difficult to find at authorized retailers – even having year-long waiting lists in some places. 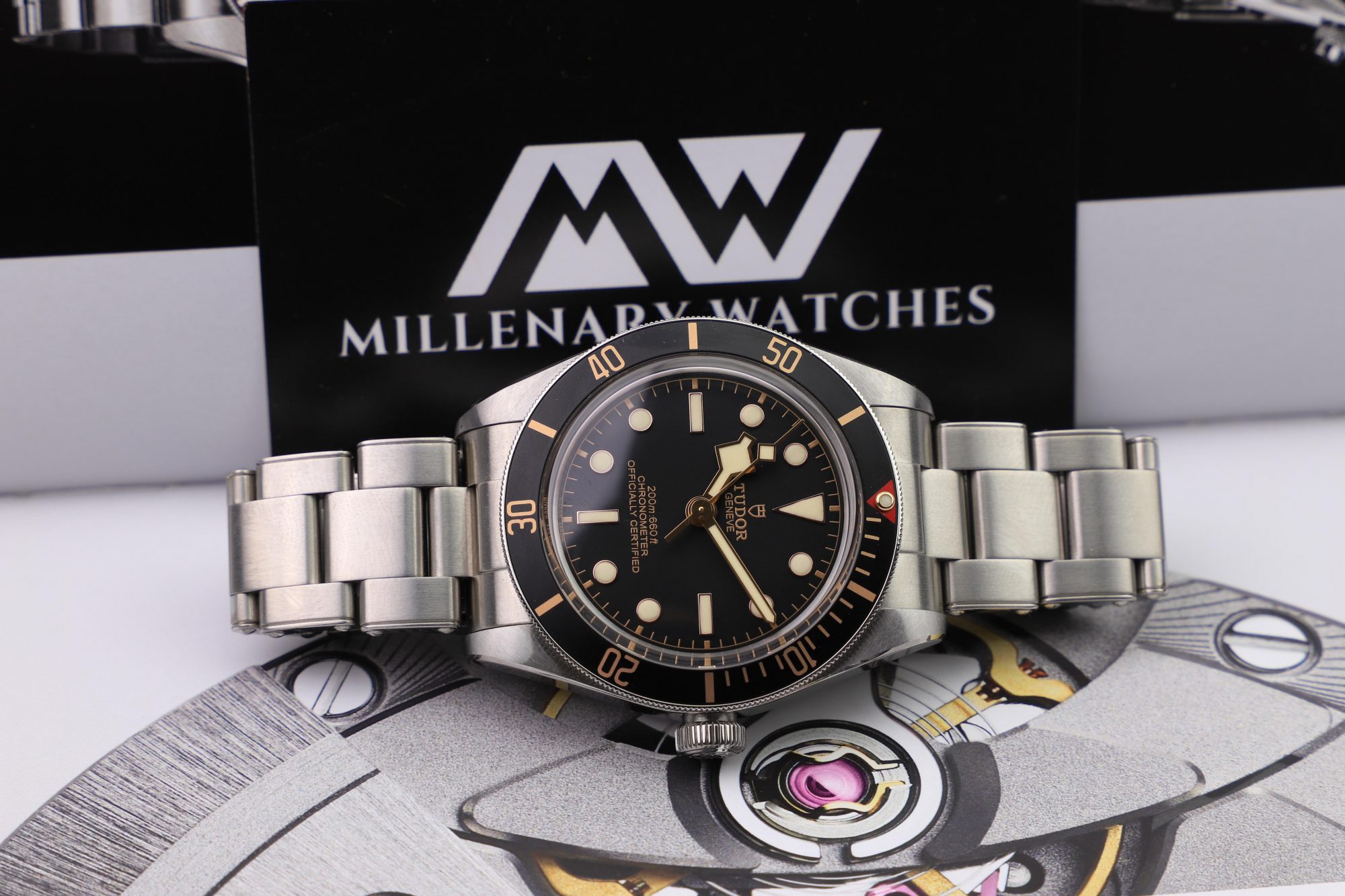 But there was still something missing, and that was more color options. Because the 79230 had a lineup of three colors, it didn’t take long until people started speculating if Tudor would go the same route with the Fifty-Eight and present it in more colors. After all, there was no reason for Tudor not to, considering the huge popularity of the Fifty-Eight 79030N.

Finally, it was time for Tudor to release a much-anticipated release. The time has come to release the first variant of the Tudor Heritage Black Bay Fifty-Eight reference 79030B.

Prior to Baselworld 2020, a blue version of the Fifty-Eight was one of the main predictions people had that Tudor would release. Then Baselworld was announced canceled and Tudor left us hanging with their releases. But now, finally, on the 1st of July 2020, Tudor has released the blue Fifty-Eight.

At its core, this is not a new watch. It is identical to the standard black Fifty-Eight, but the main difference is of course its colorway. For a full in-depth review of the 79030N, you can read our review here. The Tudor 79030B is simply a 79030N with a new set of shoes. But what a difference it makes! 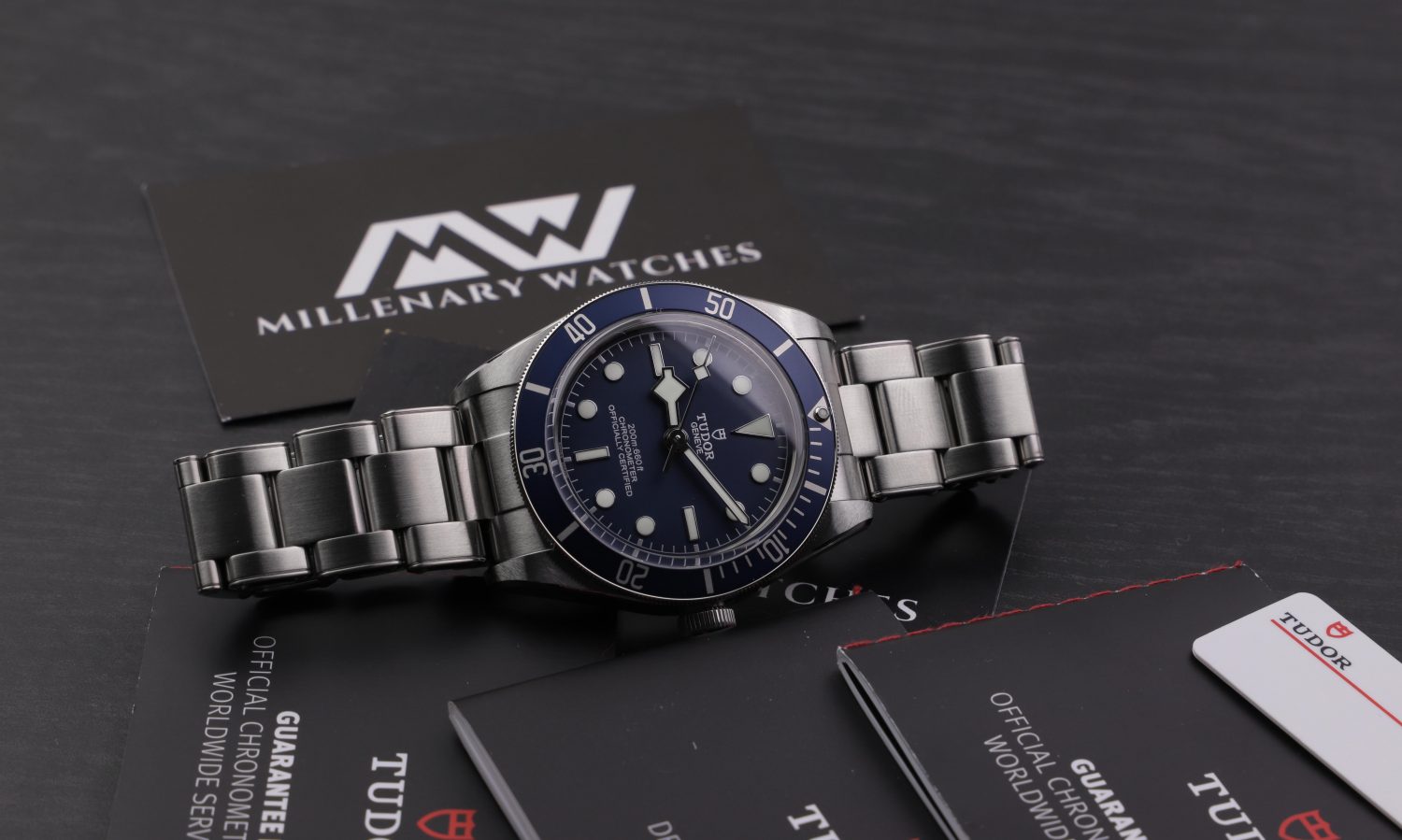 The Tudor Heritage Black Bay 79030B has the 39mm stainless steel case that we have come to love. This case stays true to vintage Tudor dive watches (specifically one released in 1958, hence its name), not only in terms of design but also in size. The “B” in the reference number stands for “Blue”, or “bleu” in French, which reveals this is a blue version.

The main attraction of this watch is its new blue aluminum bezel and blue dial. Rather than a black bezel, it has a blue one. For a vintage look, it remains matte. The dial has also been remade from black to blue. Also, the dial does not have as rich texture as the 79030N. It’s still good to see that Tudor has chosen not to have a fully polished dial in order to keep the vintage appeal. 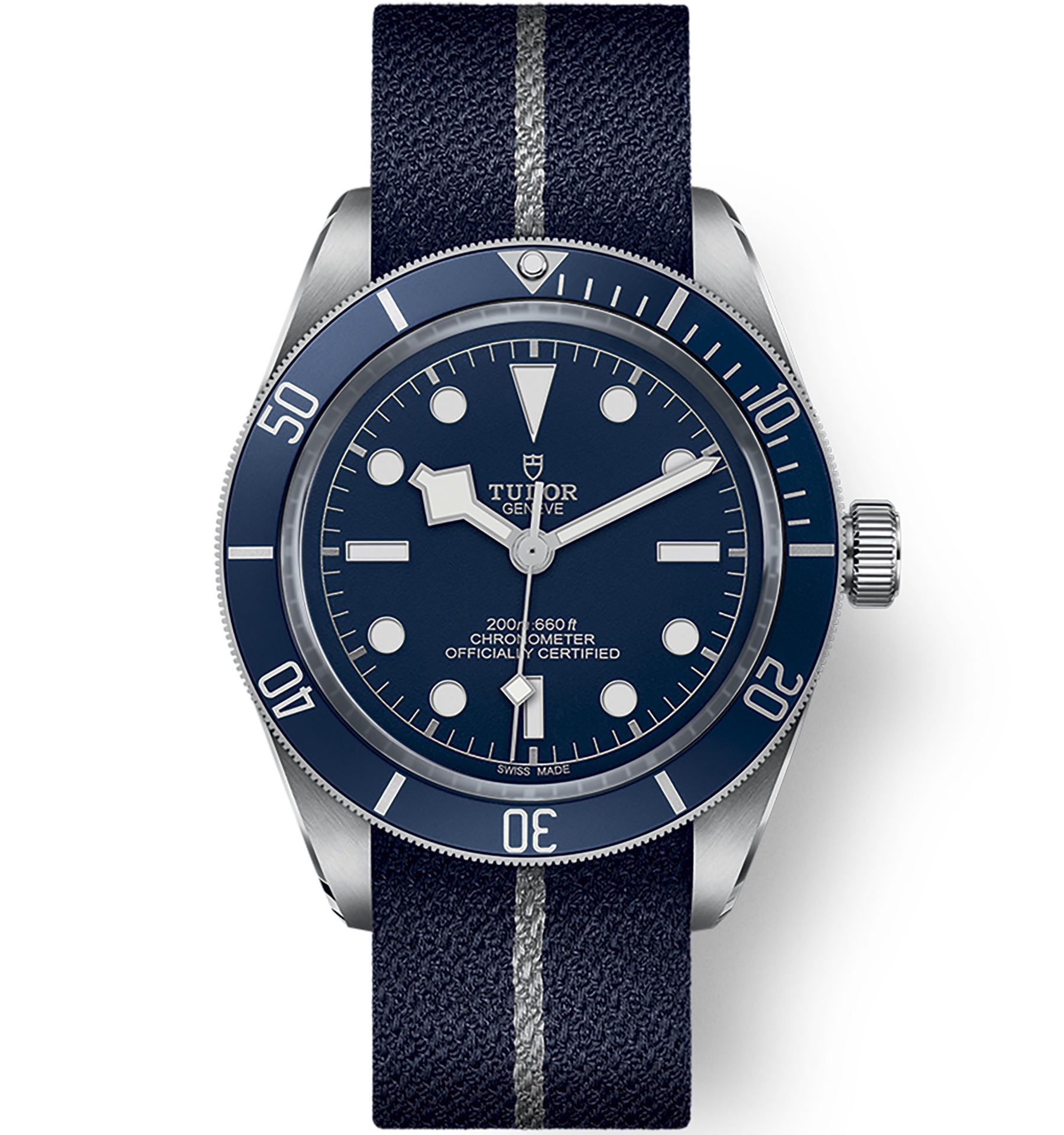 Gone with the gilt

Another complaint about the Fifty-Eight that some people had was its gilt-colored printing, slightly browned luminous mass (faux patina), and gilt-plated metal surroundings on the applied markers. Whilst many people love this look as it gives the watch warmth, some people simply prefer a watch without gilt accents and prefer something cleaner and fresher. And with the release of the 79030B, Tudor showed it had listened to this as well. 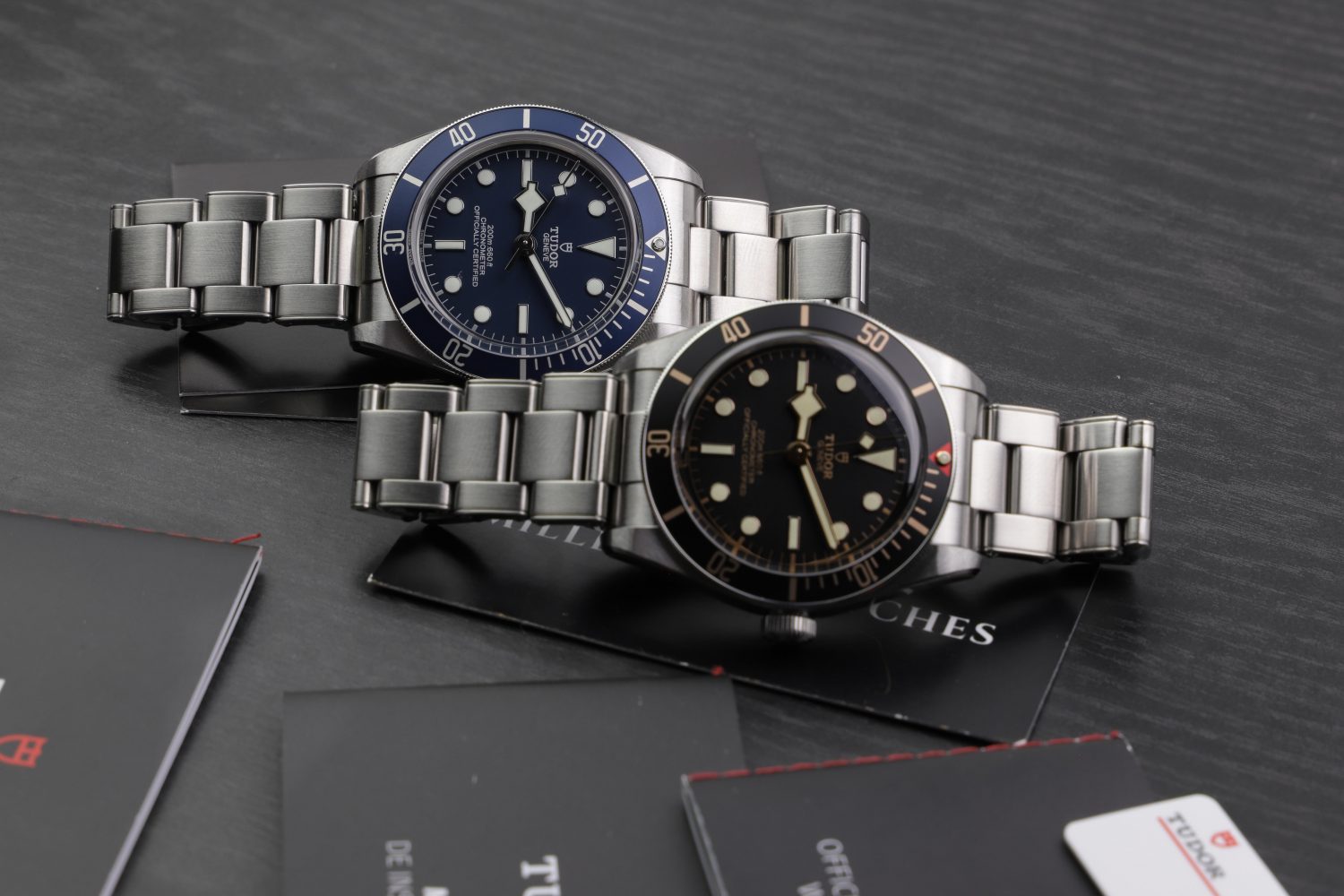 The Tudor 79030B has swapped the gilt dial printing for white printing instead. It has also swapped the hour markers and printing on the bezel for a cleaner silver printing as well. The hour markers are no longer gilt but instead made in a highly polished white metal. Is the 79030B the watch that answers all our prayers?

All we can say is that considering the huge success of the 79030N, there is no doubt that the 79030B will be extremely successful and popular as well.

Having in mind the huge popularity of the 79030N, and the year-long waiting lists of this, we can only expect the 79030B to follow the same destiny. However, unlike the 79030N which was only available several months after it was presented, the 79030B will be available immediately from official Tudor retailers (at least in theory), and many official retailers have already received the very first pieces. But expect that the first pieces will be reserved for VIP and loyal customers, and the waiting lists for this watch to be long. 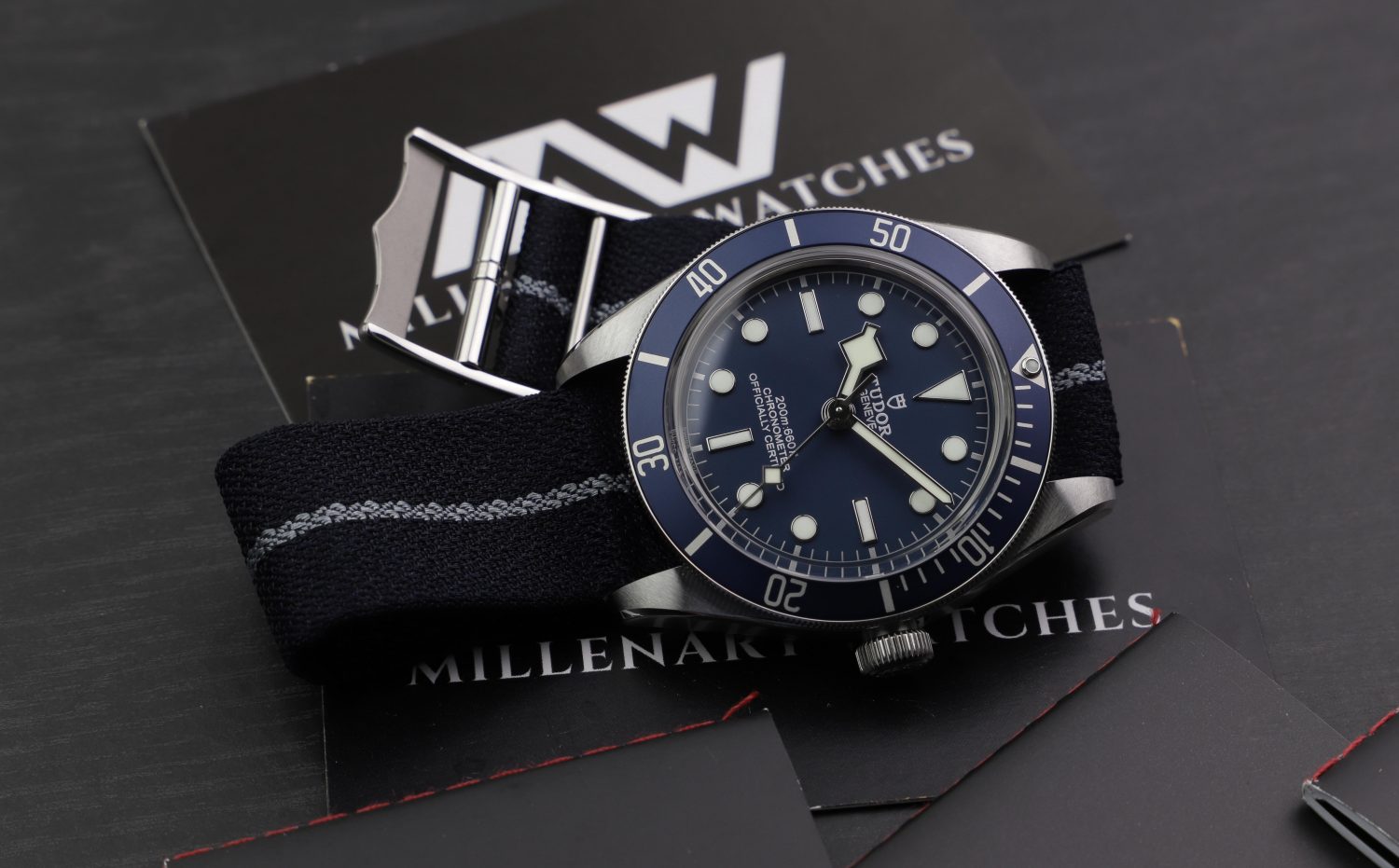 The specifications of this watch are the same as the very familiar black version:

The pricing of this watch is, as expected, the same as the black version.

The watch is available with three different strap alternatives like the rest of the Heritage Black Bay line. This means steel bracelet, leather strap with deployment buckle, or stainless steel bracelet. The versions are indicated with the three digits following the initial reference number as follows: