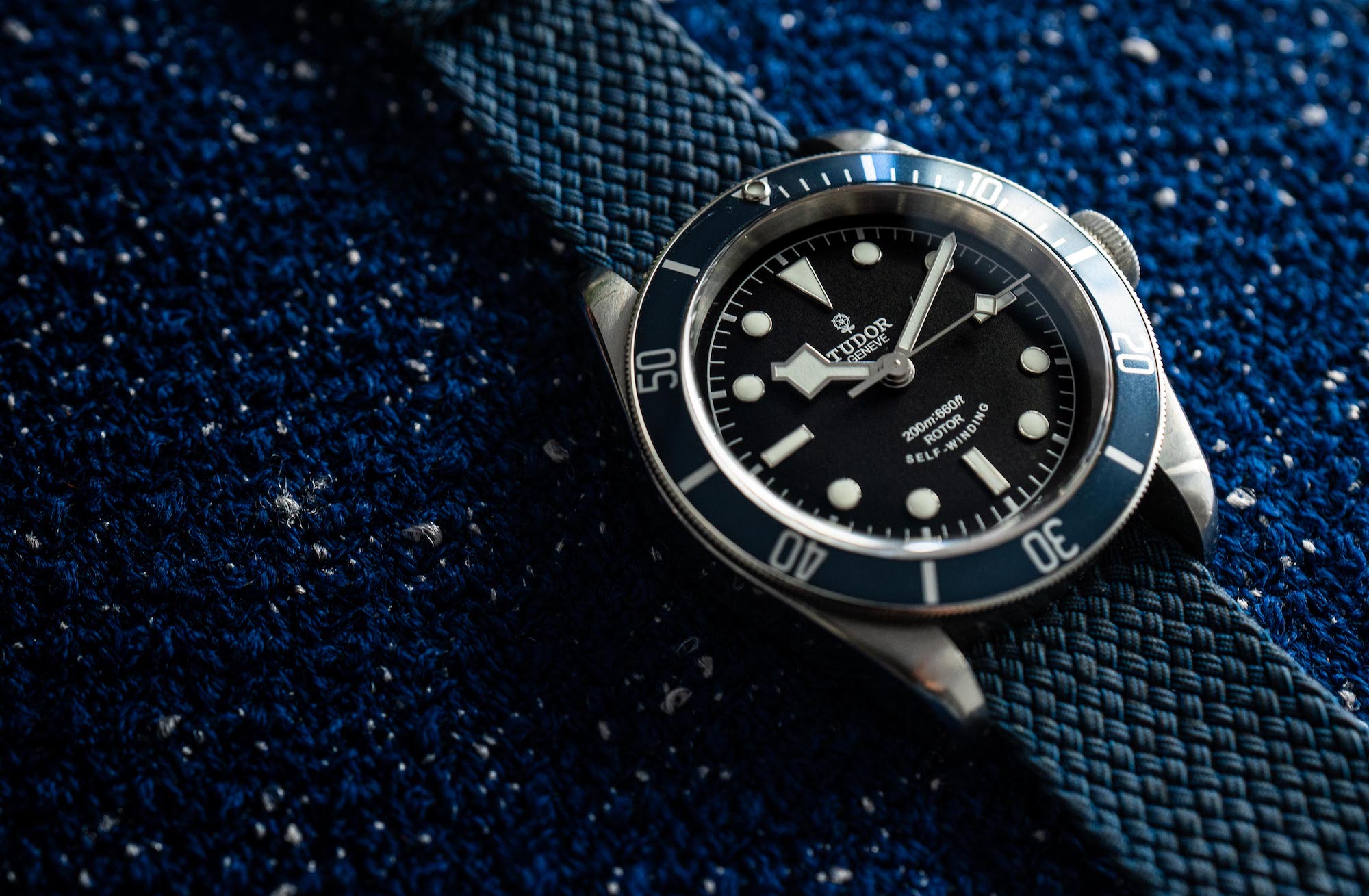 The so-called ”snowflake hand” from Tudor is among the most iconic and recognized element from the Tudor brand. But what is it and how did they come about?

Many watch brands have traits and design features that make them instantly recognizable. We are talking about the octagonal bezel of the Royal Oak, the integrated bracelet of the Nautilus, and the Mercedes hand of the Submariner. These recognizable features contribute to making the brands more special and unique.

The history of the snowflake hand dates all the way back to 1969. The first Tudor watches to feature the snowflake hands are the reference 7021 and 7016. Today, this model is appreciated for many reasons, not to mention the fact that it is made from Rolex parts and has the iconic Submariner design. But with the release of this reference also marked the birth of the Snowflake hands.

Prior to this, Tudor released its first diving watch in 1954, but these used the Rolex ”Mercedes” hour hands, which made them almost identical to the Rolex Submariner. With the release of the second generation Tudor Submariners sporting the snowflake hands, Tudor could take one step towards becoming more independent in its design language. But of course, the brand still had a long way to go. But you can still say that this is the most important independent design feature that was exclusive to Tudor. And this further makes the snowflake hands even more special.

Together with the new generation Submariner and hands, also came a new design of the dial, with large square-shaped markers. These large markers made legibility extremely great. And this is particularly important as in 1977, Tudor released the Submariner ”Marine Nationale” reference 9401. Tudor supplied Submariner watches to the French Navy for decades. And legibility is flawless.

At the time, there were introduced to allow for great legibility without using the same hands as on Rolex watches. The diamond-shape of the hands enabled the application of a large surface of luminous material which is crucial for a professional dive watch. And today, some 50 years later, they are still used for Tudor’s Black Bay models.

The shape of the hand leads to collectors starting to call these watches ”Snowflake Submariners”, which has further driven the enthusiasm and focus on these hands. Tudor continued to use the hands for a number of Submariner Dive watch references, including the 9104 and 9411 in the 1970s. Thanks to the distinct shapes of the different hands, they are instantly differentiated from each other. This prevents divers from mixing up the hands and possibly running out of oxygen as a result. The name ”Snowflake” was originally introduced by collectors but is today a name that is now officially used by Tudor.

Tudor used the snowflake hands for its diving watches until the middle of the 1980s when they disappeared completely. The Submariner range continued to be produced up until 1999 when it was discontinued completely.

In 2009, the Tudor brand was relaunched after having been gone from many markets for several decades.

In 2012 came perhaps the most important release from Tudor in modern times – the Heritage Black Bay. 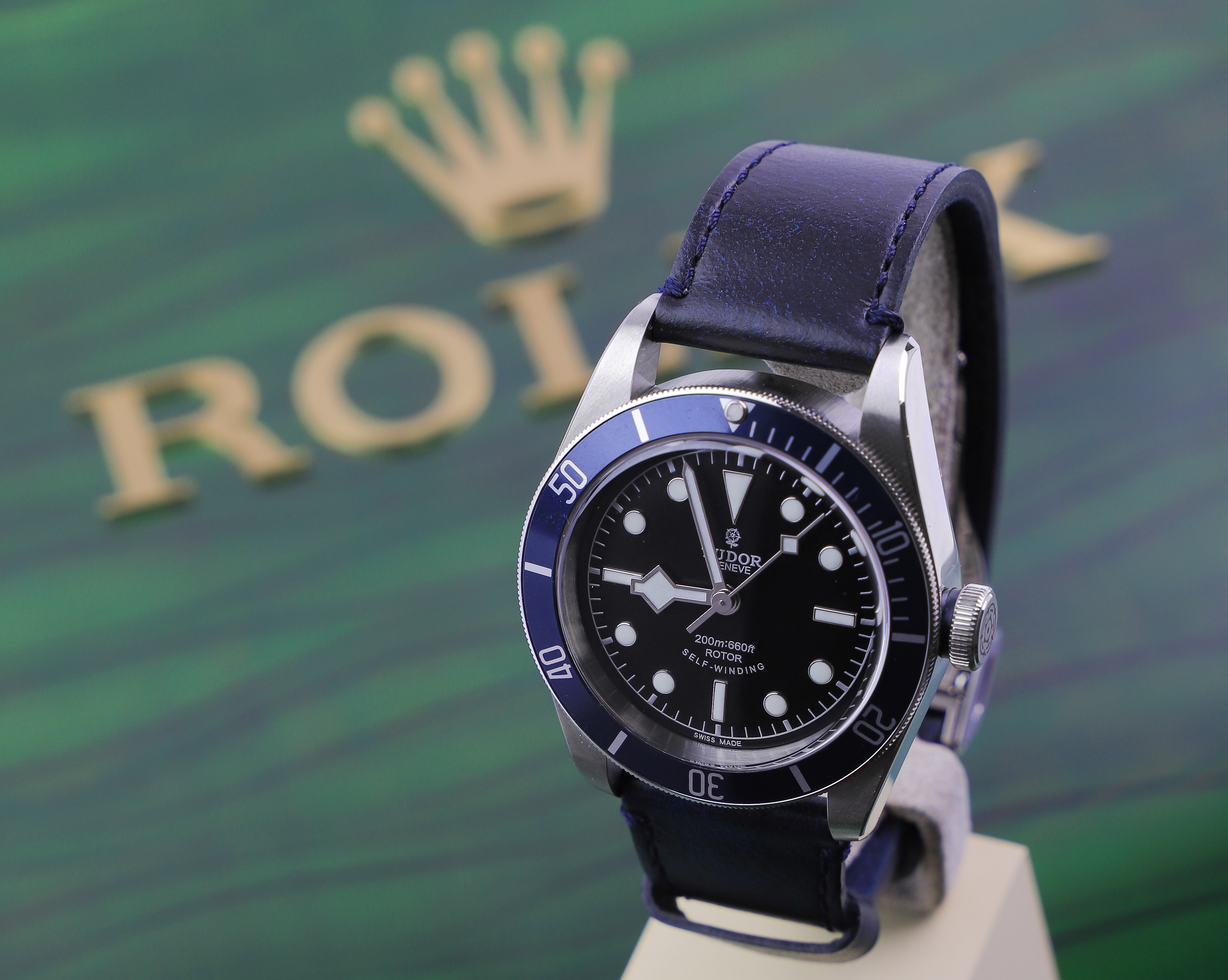 A dive watch inspired by the vintage dive watches from Tudor which have become so crucially important for collectors and the history of the Tudor watch brand. Today, all Black Bay watches are equipped with the snowflake hands. From the dressy Black Bay 36 to the sporty Pelagos. Similar to how the Mercedes hand is crucial for the look and recognizability of Rolex watches, the snowflake hands have become a crucial part of a Tudor watch’s identity as well.

The snowflake hands were introduced for the Heritage Black Bay as well as the new Pelagos. Now, Tudor watches have introduced the snowflake hands as a homage and tribute to its history. And to take advantage of a design feature that has proven to be so popular. Quite clever, if you ask us. And now that this feature has been introduced to the modern watches, non-collectors previously not aware of Tudor’s history have started to associate this design trait with the brand.

It’s safe to say that today, the snowflake hands have become the single most proprietary and recognized Tudor design element.