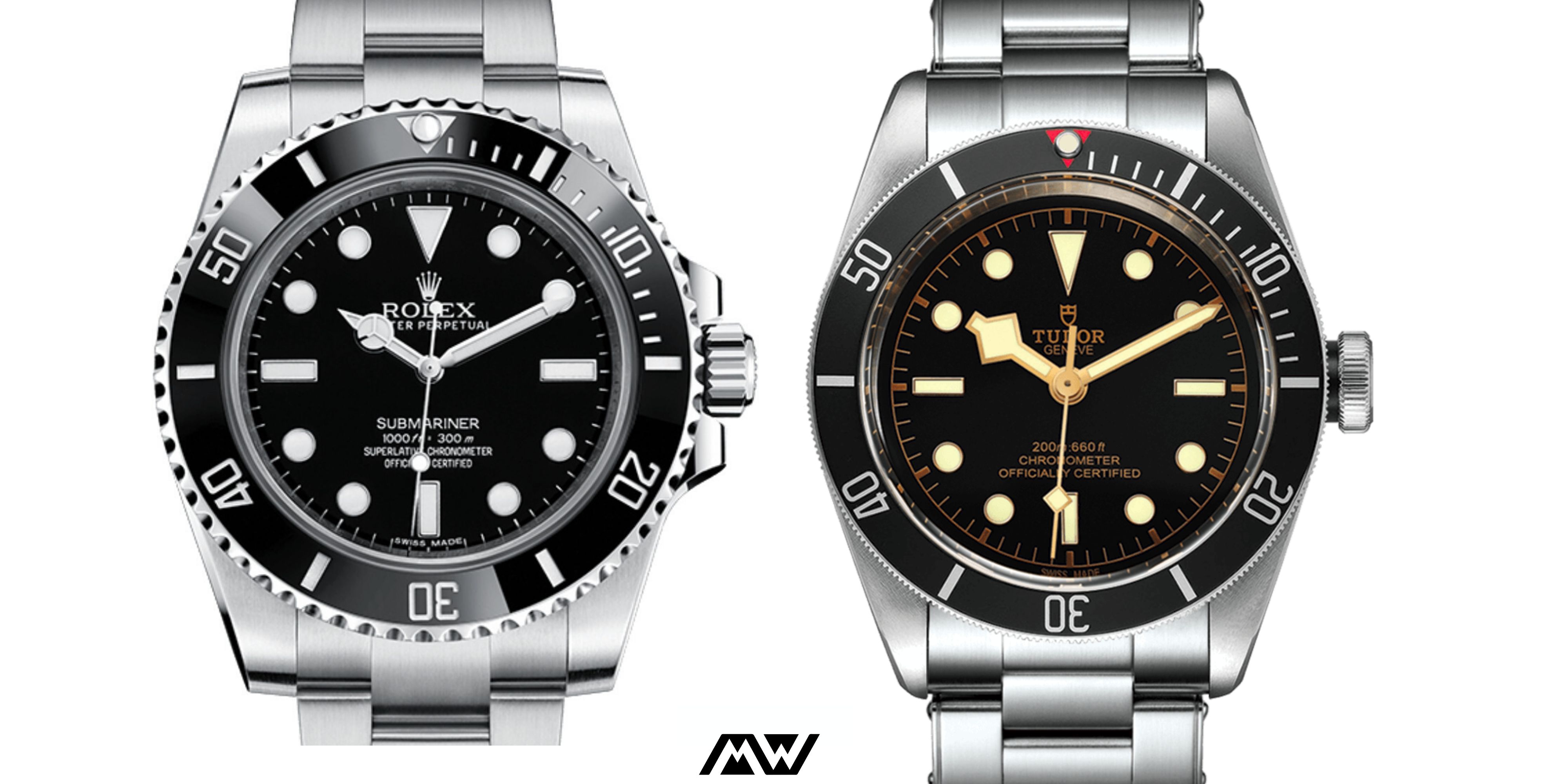 Rolex Submariner vs Tudor Black Bay – Which to Choose?

Which is best? Rolex Submariner or Tudor Black Bay?

The Rolex Submariner and the Tudor Heritage Black Bay both share the same history and background. However, over time, they slowly grew apart. Today, we have a diving watch from both brands, and as the saying goes, our past affects our future.

It’s clear that both brands are affected by their history with the Submariner and the Black Bay respectively but in two different ways.

In this article, we will compare the in-house Heritage Black Bay with the 6-digit reference ceramic Submariner.

To understand where these models are coming from, we need to go way back. Tudor, as most know by now, was founded by Hans Wilsdorf, the same man who founded Rolex, in 1926. The idea was to make watches that offered the same quality and reliability as Rolex watches but at a lower price.

Wilsdorf achieved this by making Tudor watches with Rolex parts but fitting them with off-the-shelf movements – not in-house which Rolex used.

With that said, the history of the design language and Rolex is very similar and close to identical. Of course, this has changed over the years, in particular with the relaunch of the Tudor brand in more recent years, as an effort to make Tudor a brand that is strong enough to stand on its own legs and not having to rely on Rolex.

With that said, choosing between Rolex and Tudor was almost unthinkable back in the days. Tudor had the label ”poor man’s Rolex”, so naturally, the buyers of Rolex watches were not buyers of Tudor watches. They simply targeted different audiences. But to have come to the point where customers are buying both Rolex and Tudor watches – and sometimes weighing between them shows that the brand has succeeded well.

The Submariner and the Heritage Black Bay come from the same background, but they have developed differently. 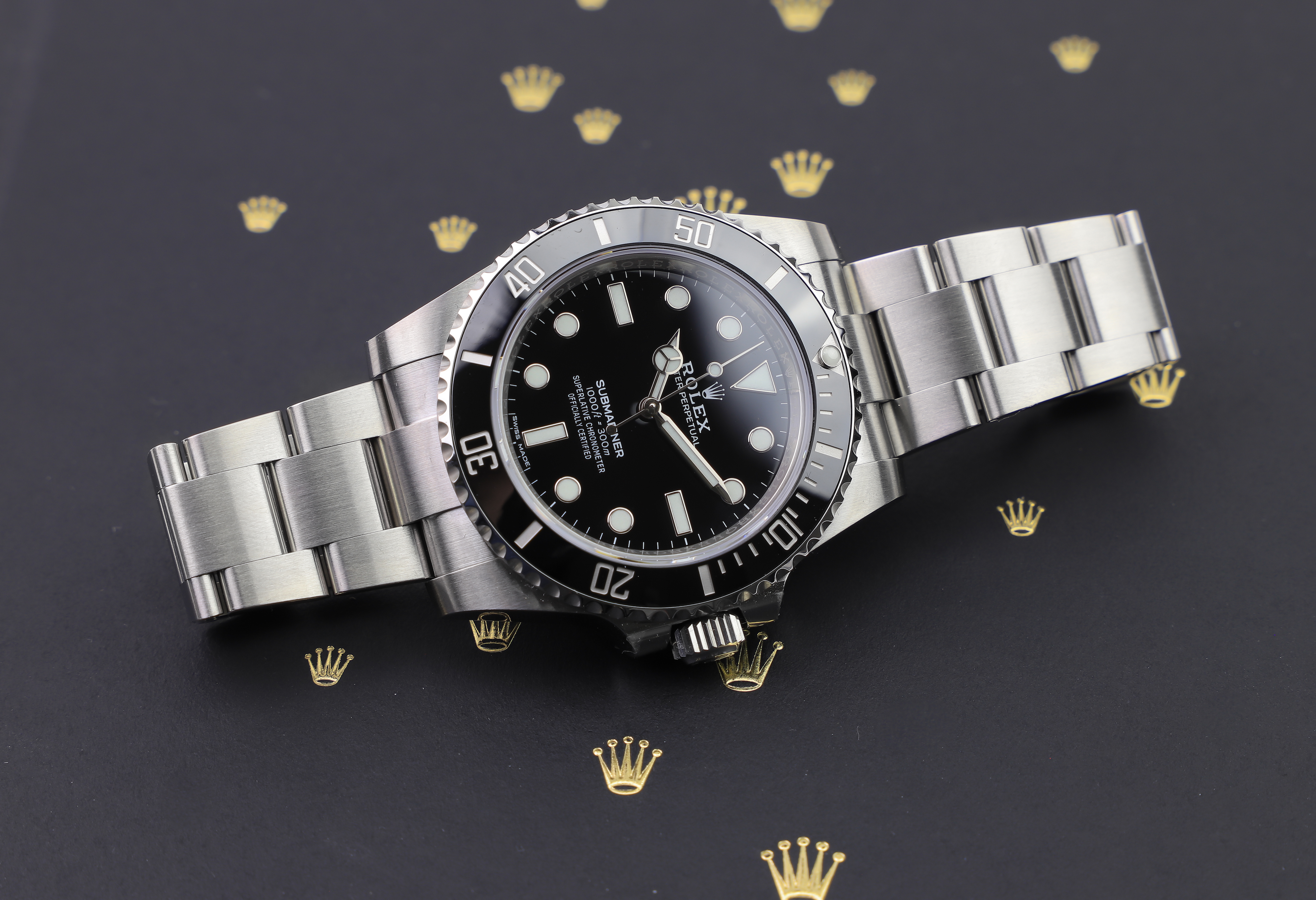 It’s important to make the distinguishment that the Black Bay is a ”Heritage” model, which means that it has intentionally been made to resemble the vintage watches from Tudor. The Rolex Submariner, on the other hand, is not a heritage model, but instead, a model that has evolved from its heritage into what it is today. 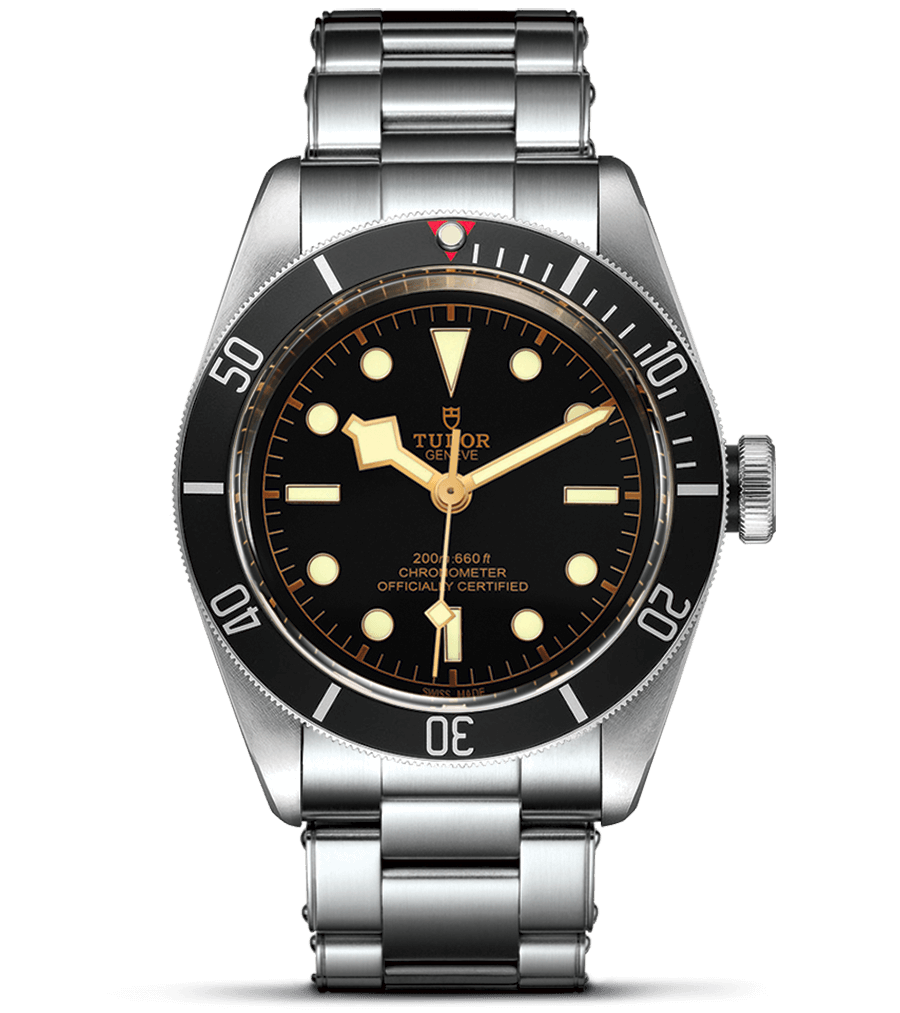 As such, the Rolex Submariner naturally looks more modern and is built with up-to-date and modern materials. The Black Bay cannot use modern materials, and the reason is that it is not what it is about as a heritage model.

The Rolex Submariner may be the most iconic and well-known watch design in the world. And most people will probably not be surprised to hear that they both come from the same background and history.

In recent years, two greatly important updates to the Tudor watch that has made the already competitive Black Bay, even more competitive. This includes warranty and movement. These are two things worth considering when buying a watch, and an easy way you explained the difference between Tudor and Rolex watches back in the days was that Tudor used off-the-shelf movements whilst Rolex used in-house movements.

However, that is not the case anymore since Tudor has invested heavily in developing its own in-house movements. And of course, Tudor has gotten help from Rolex in doing so by using Rolex’s decades-long expertise and knowledge in building calibers. In 2106, Tudor, therefore, released the Black Bay with an in-house movement instead of an ETA. A feat that further bridged the gap between the Submariner and the Black Bay. 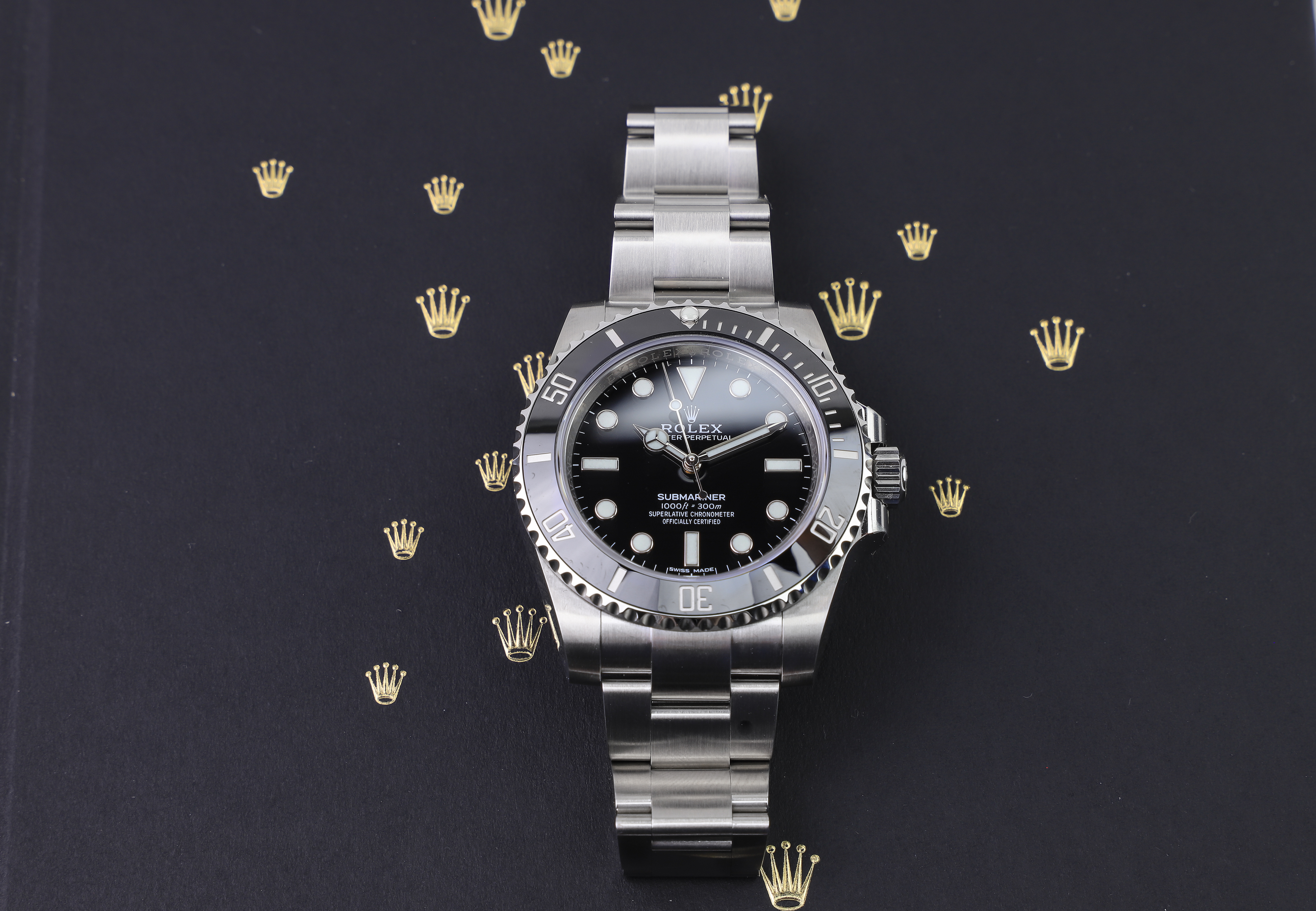 Furthermore, from the 1st of January 2020, all Tudor watches get a five-year international warranty. This is huge news for Tudor because it means that Tudor and Rolex offer the same length on their warranty. Despite the fact that Rolex watches are about double the price of Tudor watches.

Pricing is naturally an important factor when comparing the Submariner and the Black Bay.

Looking at the retail price, the Submariner more or less costs double the Black Bay. However, if you look at the secondhand market, the Black Bay generally decreases in value, whereas the Submariner generally sells above retail price. With that said, if you are buying a pre-owned Black Bay, you can buy one at a price that will be extremely great value for money considering what you are actually getting. 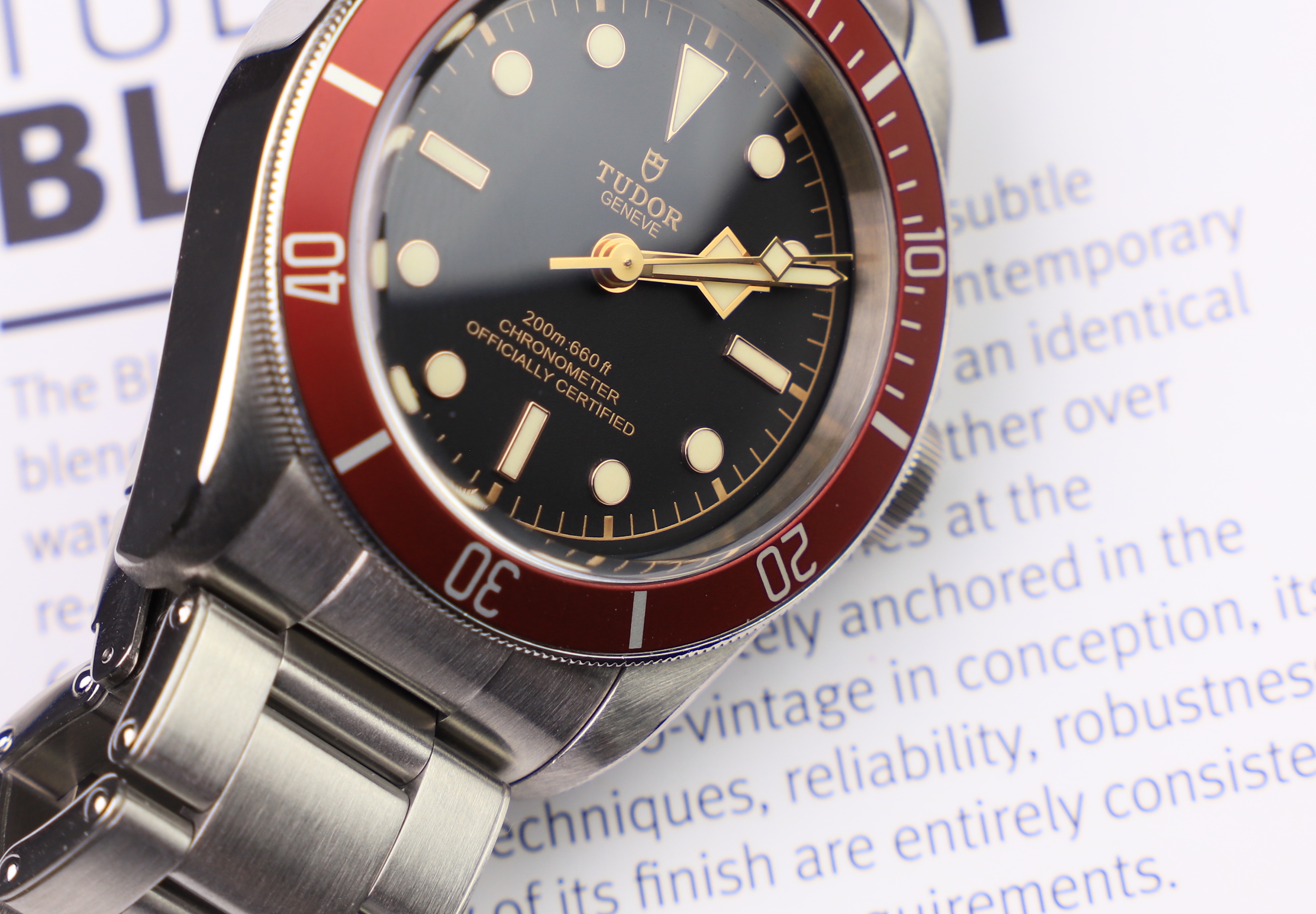 When it comes to build quality, there’s not much to complain about when it comes to either. Of course, the Submariner has a slightly nicer finish and details such as white gold indices. But this is said with the fact that the Submariner costs about twice as much. And with this in mind, both watches have impressive quality. This means no rattling, a case and bracelet that feels solid and robust, and a rotating bezel that doesn’t sound like it is made of plastic when winding it, to mention a few. 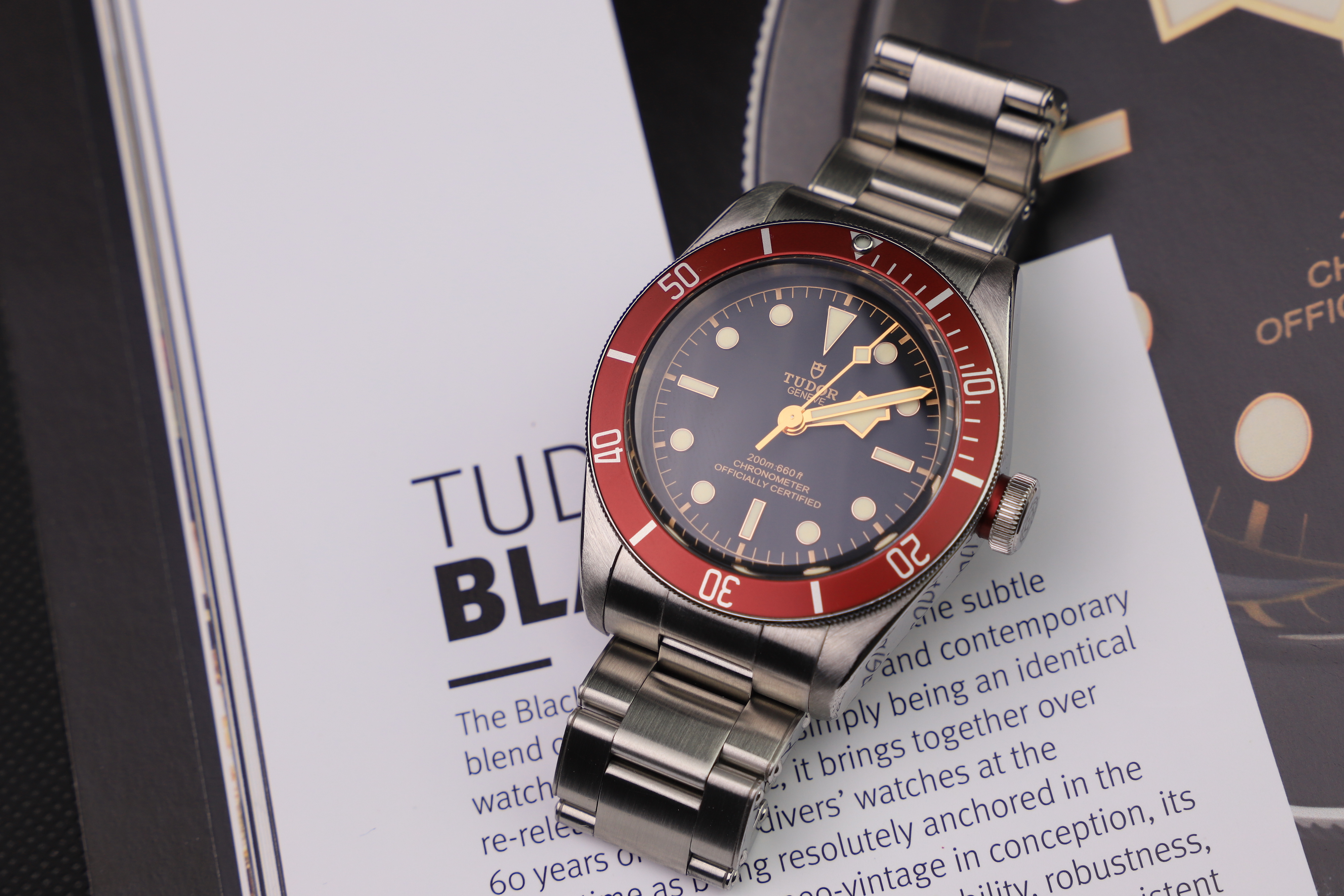 The major differences between them come in the way, and for which purpose they are built. As already mentioned, the Tudor is built as a heritage model, and this means using more traditional parts. For example, the Tudor uses a matte black dial as opposed to the ceramic dial of the Submariner. Furthermore, it has an aluminum bezel insert, whereas the Submariner has a ceramic insert that has the benefit of being very durable and resistant to scratches. The case of the Black Bay is very much inspired by the vintage dive watches from Rolex and Tudor from the 1950s, using bevels on the side of the lugs, which Rolex abandoned many years ago. 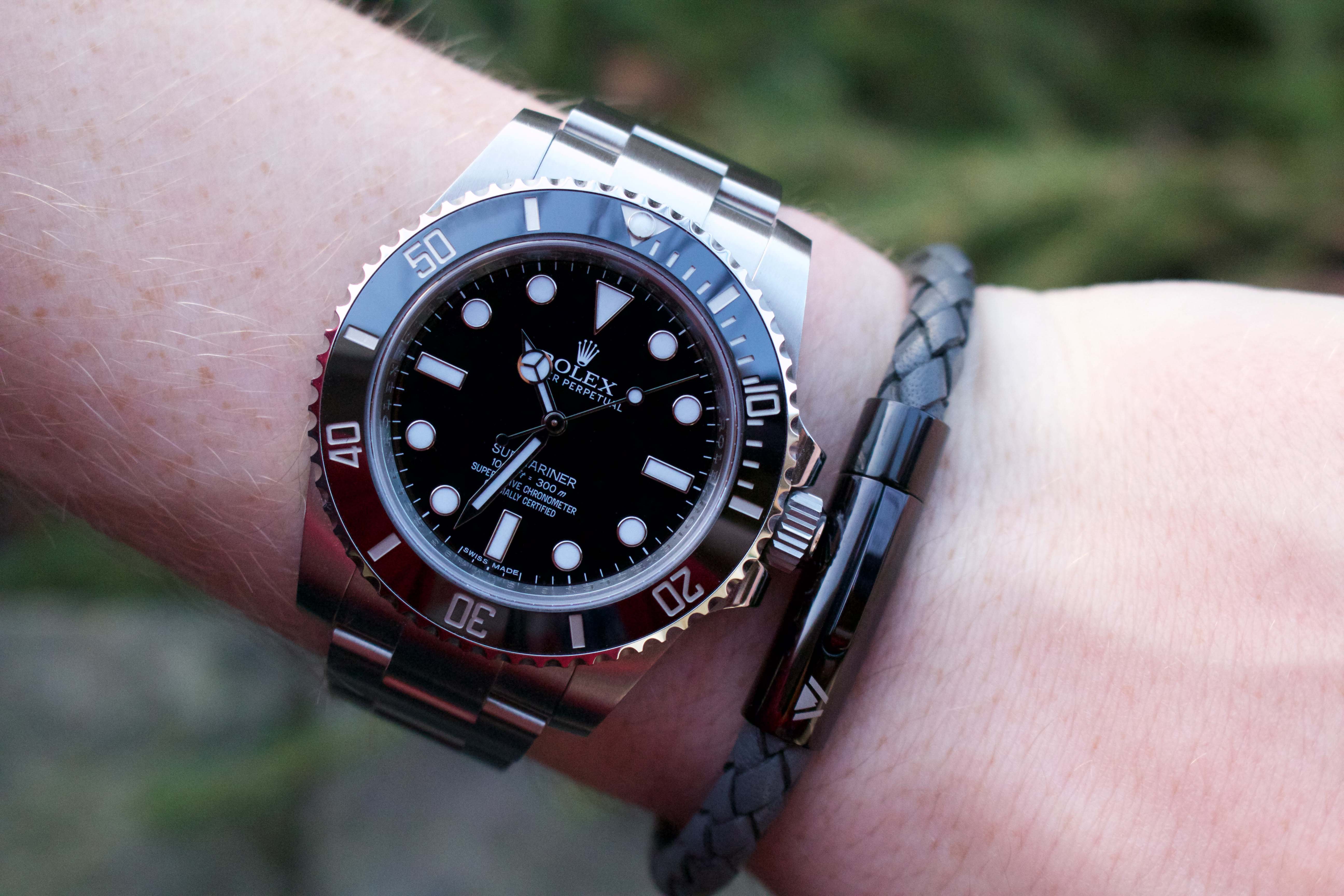 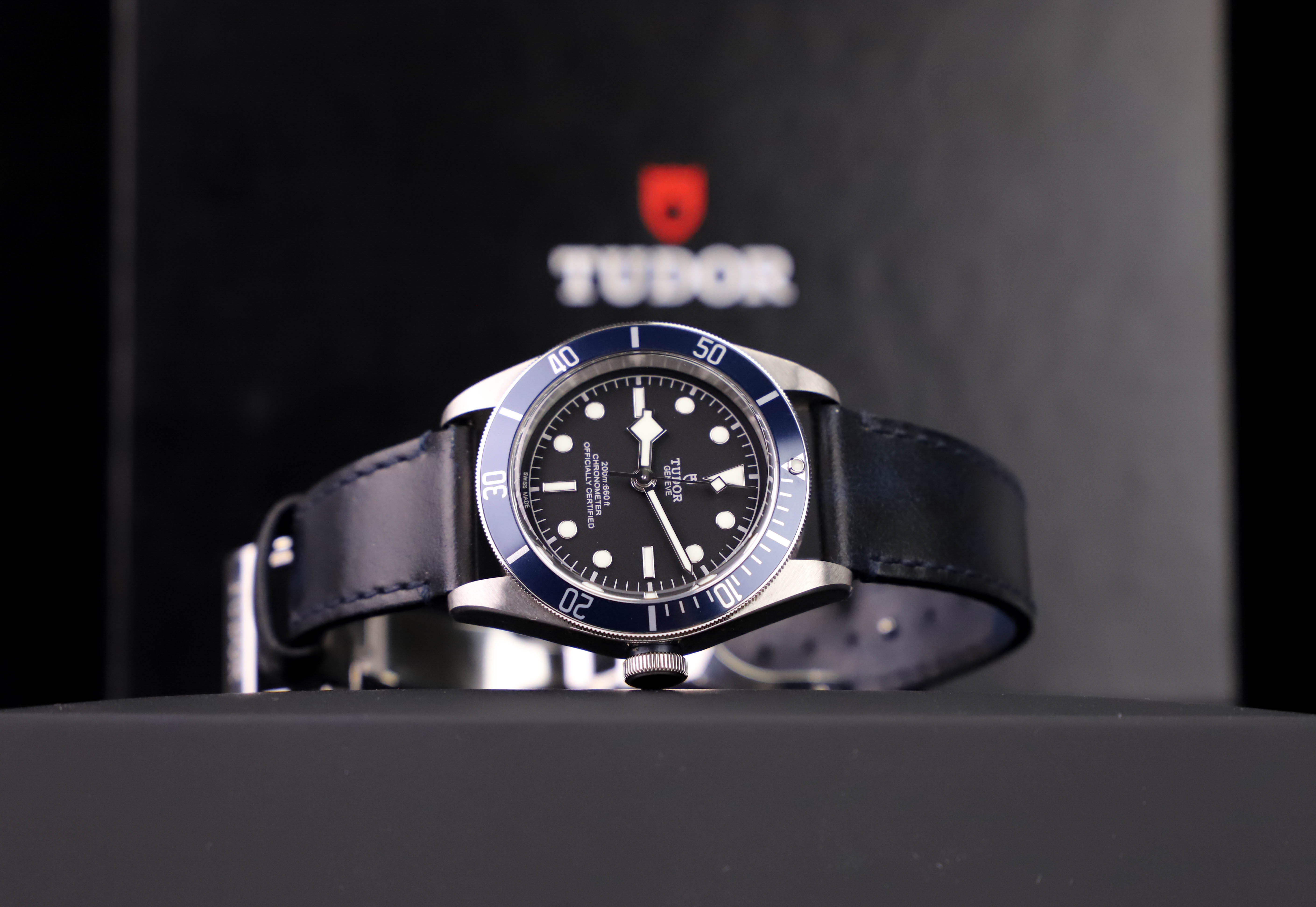 The Tudor has an in-house movement, likely backed by Rolex’s expertise in developing it, but the Submariner (Date or no date version) are powered by movements that are tried and true and have been used by Rolex for countless of years. The 3130 caliber base is simply a movement that will continue to tick year after year. A utilitarian movement that is simply perfect for the Submariner.

But it’s still safe to say that the Tudor Black Bay as a model has succeeded. Because at its price point, it doesn’t really have many rivals that challenge it. And this must be the best proof of success. 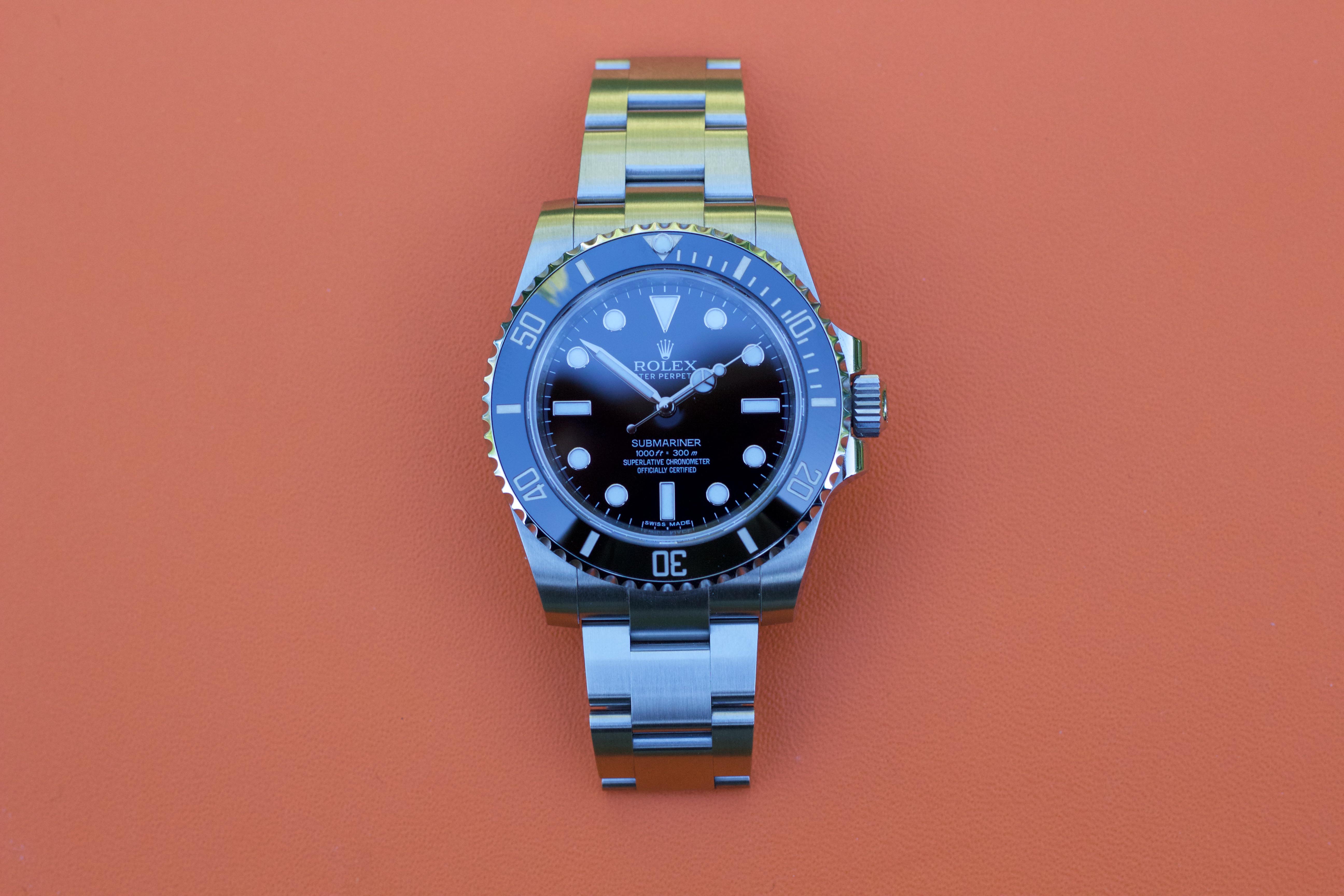 Again, bear in mind that as the Wilsdorf foundation owns both of these brands, they have it very carefully planned out to position these brands in different segments to ensure they do not compete with each other. Rolex will always be Rolex. The classic, prestige, and reputation. Everyone simply” must-have” a Rolex. At least once. But the Tudor is a big challenger if you look beyond the brand. The finish and build quality of the Black Bay is superb, and it is very evident you get great value for money.

At the end of the day, the decision of Submariner VS Black Bay is a decision that is completely up to you. The price difference is quite frankly rather substantial, but either of them offers great value for money. If you want the original, the legend, the icon, then you simply cannot ever go wrong with a Submariner. However, for less money, you get a vintage-inspired watch that pays tribute to both Roelx’s and Tudor’s common history and combines vintage design details with modern technology and build quality.

The answer is that you simply cannot go wrong with either of them. The rest is up to you.

17 thoughts on “Rolex Submariner VS Tudor Black Bay – Which to Choose?”