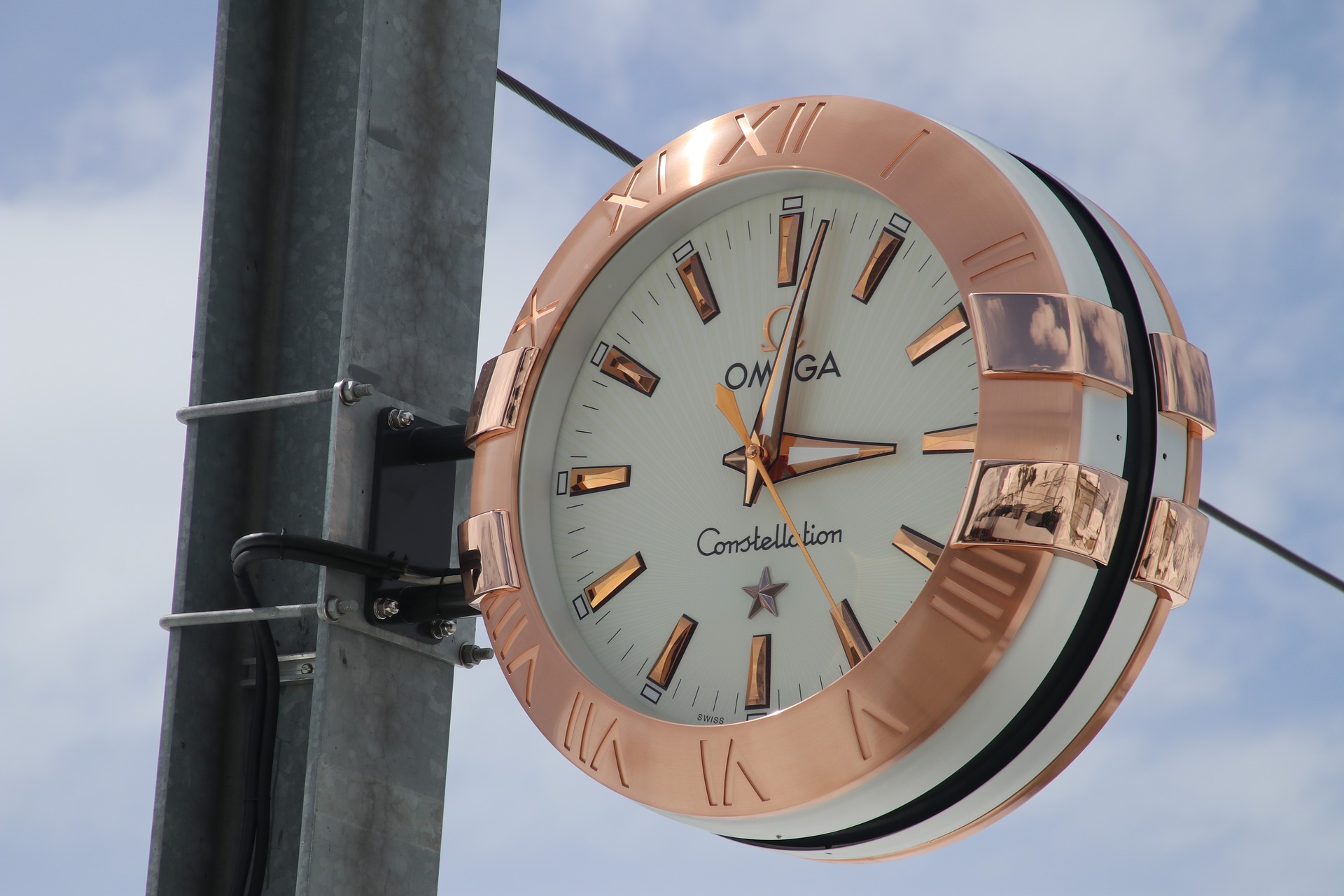 As proven in this article, there are many interesting facts about Omega Watches.

Today, Omega is one of the most iconic and famous luxury watch brands in the world. It is known for its high precision and high-quality timepieces that keep ticking year after year.

Over the years, Omega has achieved many great things and made a number of innovations that have revolutionized and impacted the watchmaking industry into what it is today.

Being the first watch on the moon, and being the preferred watch of many of the world’s celebrities and leaders are just a small part of the story.

In this article, we share 39 top interesting facts about Omega watches.

1.President Richard Nixon was offered an Omega Speedmaster in yellow gold but did not accept it

Nixon considered the watch too valuable and couldn’t accept it.

When being founded, it wasn’t named Omega watch company nor Omega. This was a name that would be embraced later on.

3.Omega was founded by Louis Brandt in Switzerland at La Chaux-de-Fond

4. Louis Brandt was 23 years old when he founded Omega

Brandt began by assembling pocket watches from parts that were supplied by local craftsmen, and the rest is history.

5. In 1877, both of the sons of Louis Brandt decided to join him on his journey

6. The watch company changed its name to Louis Brandt & Fils in 1877

Meaning Louis Brandt & Sons, in English, this was an appropriate name after the sons of Louis Brandt joined him.

7. Together they produced a completely new mechanical watch movement

This watch movement became the ultimate movement of accuracy at the time. The movement was easy to repair and service. This movement was named the “Omega Caliber”.

Due to the great international success of the Omega Caliber, the watch company began being associated with the Omega name.

8. In 1903, the company changed its name from Louis Brandt & Fils to Omega Watch Company

This was probably a great move considering that the brand was more associated with the Omega name than its original name.

9. The idea of changing the name from Louis Brandt & Fils to Omega Watch Company came from Henry Rieckel

Henry Rieckel was the banker to the Brandt brothers.

10. Omega won first place in every category at the Geneva Observatory time trials in 1931

This win had a huge impact on Omega’s reputation as a prestige, top-class watchmaking brand, and was the beginning of Omega establishing itself as the producer of the most accurate watches available on the market.

11. The first man to reach the North Pole wore an Omega watch

The expedition used Omega Speedmasters in the journey of getting to the North Pole. The journey took place in 1968, and getting there took 43 days. This is definitely one of the most interesting facts about Omega but certainly not the most famous.

12. Omega watches were used by the men in NASA’s Mercury program

13. Omega was the first watch to reach the moon

This moment in history is an extremely important one in Omega’s history and has contributed greatly to Omega’s reputation.

The Seamaster launch was done in the celebration of the 100th anniversary of Omega.

The timepieces that were launched as part of their Seamaster collection were, however, inspired by the timepieces that the British military and Navy had been using that Omega had made specifically for them. This was a model which Omega produced for the navy and military from very early on in their history.

15. Omega’s chronograph was used to measure time at the Olympics

When Omega released its chronograph, it was so accurate that the Olympics used it for measuring time.

16. James Bond has worn an Omega watch in the majority of movies

While James Bond has worn several different watches in the movies throughout the years, including Rolex, Omega has been attached to the wrist of James Bond in the majority of films.

Sean Connery’s preferred watch brand was Omega, but after him, a number of different other watches were used. When Pierce Brosnan took over the role as James Bond, however, he wore a Seamaster on his wrist, and since then, Bon has always worn an Omega timepiece.

17. A large number of celebrities and famous individuals have worn Omega watches

Some of these individuals may not be surprising facts about Omega watches, but some of the individuals who have worn Omega watches have been Ringo Starr, Soviet Pres. , Jack Lennon, Neil Armstrong, Pope John Paul II, Elvis Presley, Mikhail Gorbachev, Buddy Holly, and many more.

John F. Kennedy Junior is, however, considered to be the most important person who has worn an Omega timepiece.

The movement was invented by English watchmaker George Daniels. Upon release, Omega was the first company which successfully put the co-axial escapement movement into large-scale production. The Co-axial movement released was the Omega Caliber 2500.

19. All Omega watches with the Co-Axial Caliber 8500 are COSC-certified chronometers

20. Omega launched an updated version of their Co-Axial movement in 2007

This movement was the Caliber 8500 and was a movement which had low friction, high mechanical efficiency, and an impressive performance. This is a well-regarded movement still to this day.

21. Omega created the first movement that was capable of resisting magnetic fields greater than 15,000 gausses in 2013

Omega used a different approach than its competitors. Rather than making a case that would work as protection against the magnetic fields, Omega developed a movement which wouldn’t be affected by the magnetism of up to 15,0000 gausses (1.5 teslas).

22. Since Buzz Aldrin wore a Speedmaster Professional when walking on the moon in 1969, the watch has been referred to as the moon watch

Omega uses this piece of history greatly in their marketing, and on the casebook, it says that the Speedmaster was the first watch on the moon, and Omega proudly talks about this moment in history, with all right.

The timepiece was released to celebrate the 50th anniversary of James Bond. It was a limited edition Seamaster Diver 300M watch.

23. The first watch bearing the Omega name was released in 1894

The name could be seen on the famous 19-caliber watches.

24. Omega is the last letter of the Greek alphabet

The omega letter symbolizes accomplishment and perfection. This is qualities that many would argue that Omega has. Especially at the time when they released their revolutionary and high-precision Omega caliber.

Just like the regular Olympics, this is a role that Omega has still to this day.

The Spectre Seamaster was the first timepiece especially made for James Bond and which he wore in the movie that was available to the public.

Today, this is a highly popular piece, and it was made to celebrate the 45-year anniversary of Omega’s involvement in the safe return of the Apollo 13 astronauts.

28. Omega took inspiration for its first Omega Speedmaster from the dial aesthetics on the dashboards of Italian cars.

29. The name Speedmaster came from the first-ever tachymeter

The first Speedmaster model had the 27 CHRO C12 mechanical movement which is also known as the Omega 321 or Lémania 2310 movement.

30. The first time an Omega Speedmaster went to space was in 1962

The watch was worn by an American astronaut of Swiss origin, which was appropriate considering Omega’s own origin. Walter Schirra wasn’t handed a watch but used his own personal watch with him on his Journey on October 3rd, 1962.

Omega was the first in the world to do this, and it was so with its Calibre 30I.

32.NASA declared the Omega Speedmaster was the only wristwatch that was suitable for space in 1965

More precisely on March 1st, 1965. After having done many years of testing and putting the Speedmaster watch up to the test, they declared this.

33. When Neil Armstrong walked on the moon, he didn’t wear his Omega watch

A few months after the moon landing, the watch of Buzz Aldrin was stolen.

34. The British Royal Flying Corps decided to wear Omega watches as their official timekeepers for its combat units in 1917

35. The American Army decided to use Omega watches in 1918

36. The Omega Constellation was launched in 1952

39. A 1947 Omega set the record for the most expensive Omega ever sold at an auction

Omega has been the official timekeeper of the Olympics since 1932

This is a title that Omega still has today. That’s quite impressive!

As you can see from these facts about Omega watches, the history of the watch brand is long and rich. Omega is a watch with a great heritage and a prestigious past with many watch innovations which has helped Omega position itself and build the reputation as one of the top luxury watch companies in the world.

Which of these facts about Omega watches did you find the most interesting?

Were there any facts about Omega watches that surprised you?