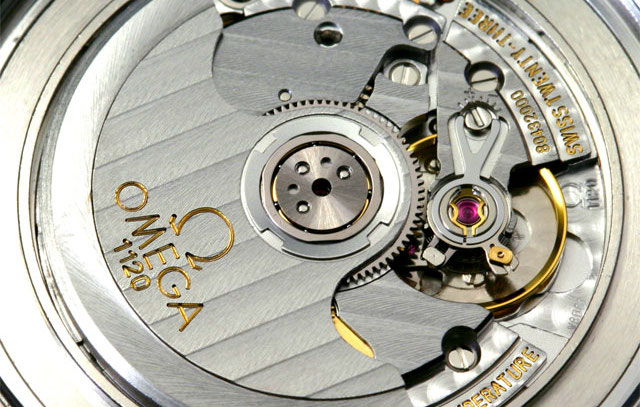 The Omega caliber 1120 is a movement from Omega that is, like so many other movements from Omega’s history, based on an ETA movement. More specifically, the ETA 2892-A2.

The ETA movement used is a tried and true caliber that has proven itself to be a sturdy and reliable workhorse. Just the characteristics you’d want in a movement. In particular, a movement that is to be used in the sporty Seamaster.

The Caliber 1120 is the predecessor to the Omega caliber 2500. The revolutionary part about the 2500 was that it featured the co-axial escapement, whereas the 1120 does not. The 1120 is a self-winding mechanical movement equipped with a ball-bearing rotor. In terms of functions, it has hacking seconds, date function, and displays hours and minutes. It offers a power reserve of 44 hours.

Modified versions of the Caliber 1120

Omega has several modified versions of the caliber 1120. These have been modified to have different functions and purposes.

The Caliber 2401 is the 1120 movement skeletonized and had the date function removed. It is made in yellow gold.

Main photo by daboosh via Watchuseek.