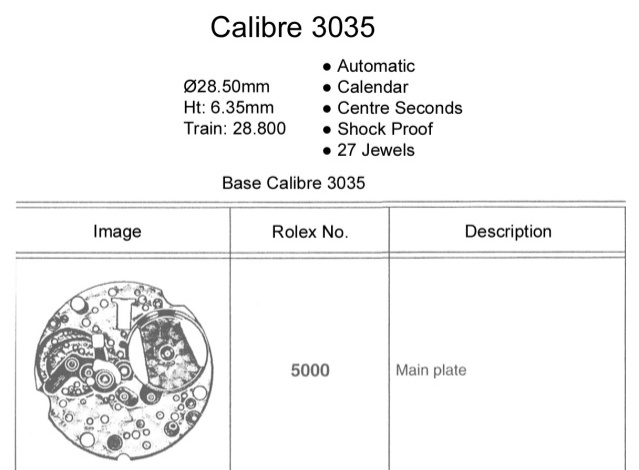 The Rolex caliber 3035 is today regarded as one of the best and most reliable mechanical calibers ever made by Rolex. And clearly, Rolex was satisfied with the movement since it had a production run that lasted for 12 years.

The production of the Rolex caliber 3035 was discontinued in 1977 and replaced by a 3135. Considering its long production, you dan definitely call it the end of an er – but at the same time, the start of a new one.

What further enhances the iconic status of the 3035 is the fact that it was the first-ever high-beat caliber that Rolex launched. Rolex did this by increasing the beats from 19,800 to 28,800 BPH – meaning 8 beats per seconds – in order to increase the accuracy of the caliber.

The increasing of the frequency of the movement also meant a visible difference in the form of a seconds hand that looks more like it sweeps rather than ticks.

When the Rolex caliber 3035 was introduced, it also announced another first for Rolex, since it was the first-ever automatic caliber to feature a quickset date function. Previously, the wearer had to wind the time forward 24 hours to change the date, which of course makes setting the date rather time-consuming. But with the quickset function, you can easily change the date by pulling out the crown to the date-setting position and changing the date separately without changing the time.

The Rolex caliber 3035 is based on the caliber 1570. With that said, they already had a great starting point and platform to build on, but also room for improvement in regards to the quickset and the higher frequency.

The caliber incorporates a Breguet overcoil and Rolex’s own Microstella regulating system, which consists of four timing screws that act as weights on the balance rim. The Microstella regulating system provides the caliber with a higher accuracy as it means being able to adjust the rate. The movement has 27 jewels as opposed to the 26 jewels used in the previous caliber 1570. However, the improvements of the movement also made it slightly more than half a millimeter thicker. The power reserve is also 50 hours, up from 42 hours. This was made possible thanks to a fast-rotating barrel.

Note that the caliber 3035 is not COSC certified.

The caliber 3035 has been used in a number of different models from Rolex. In fact, the Datejust 36 used the 3035 from the start of its production in 1977 up until when Rolex changed it for the new generation caliber 3135 in 1988.

Furthermore, the caliber 3035 has also been used in the following references:

The successor of the 3035 is the caliber 3135. Since it is based on the 3035, they are very similar both in terms of function and design, but it does feature some upgrades meant to improve its accuracy, robustness, and reliability.

The differences between them include a balance bridge and 31 jewels as opposed to 27. The caliber 3135 was released by Rolex in 1988. 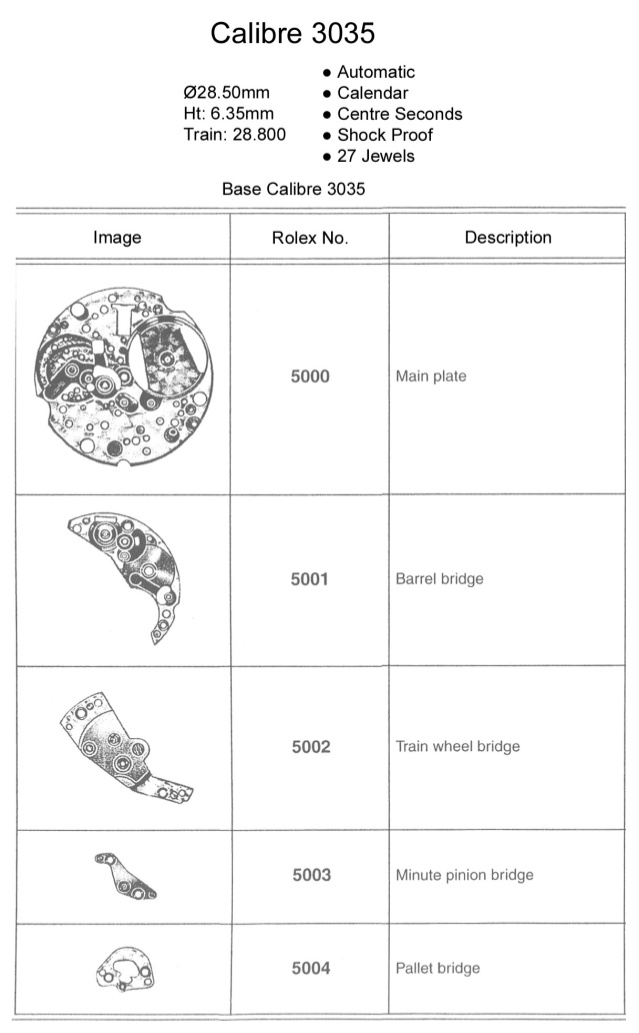 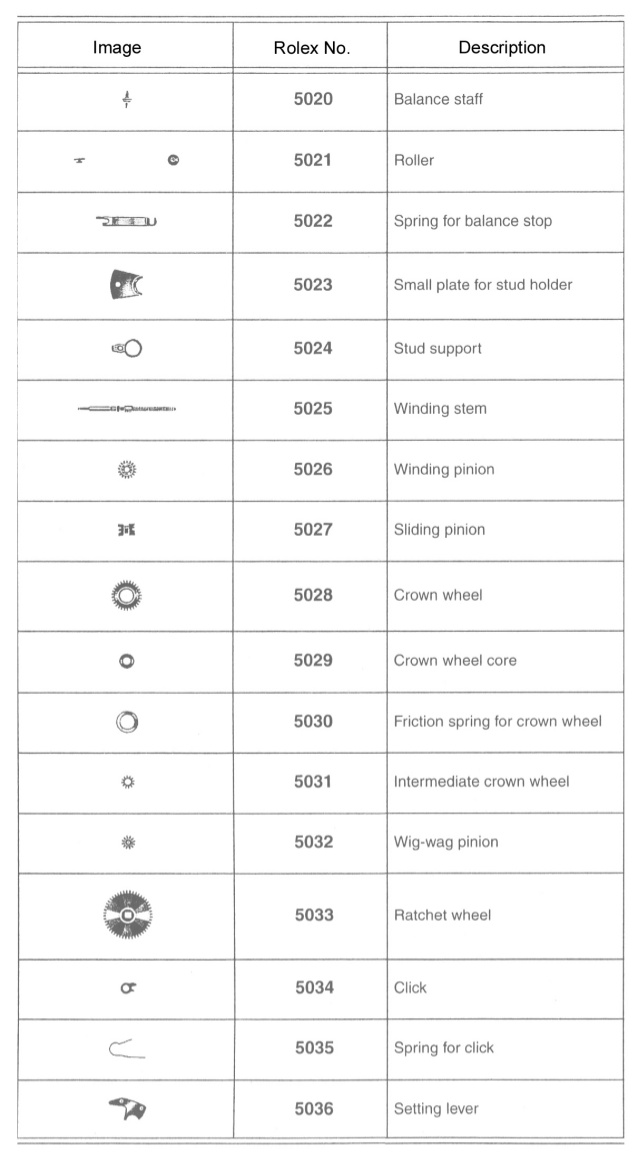 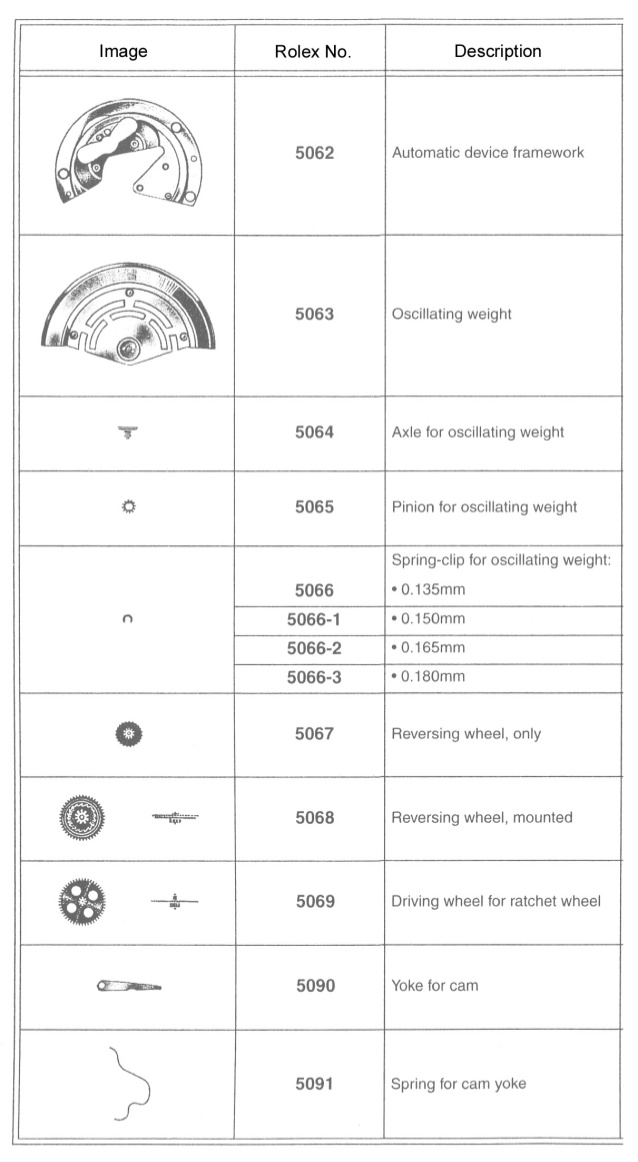 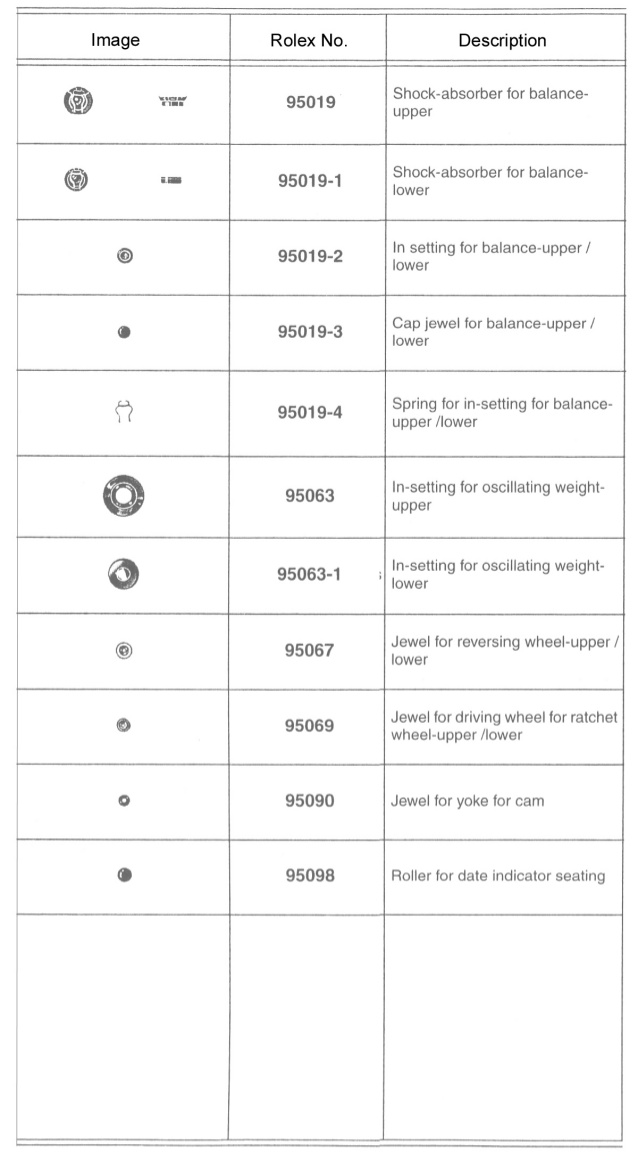 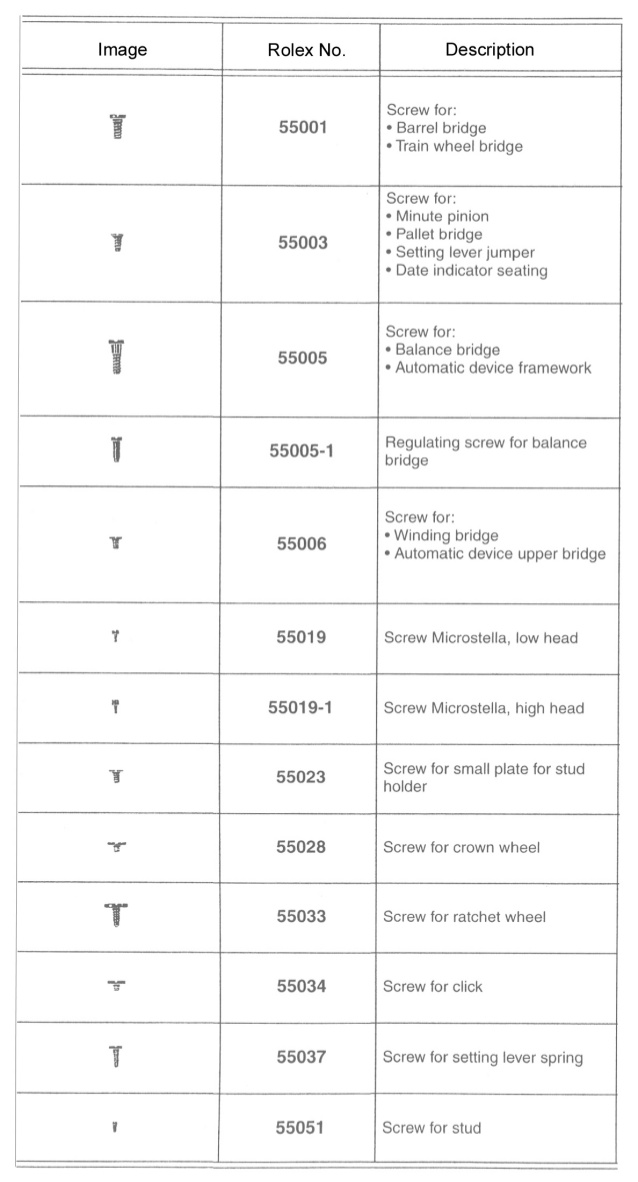 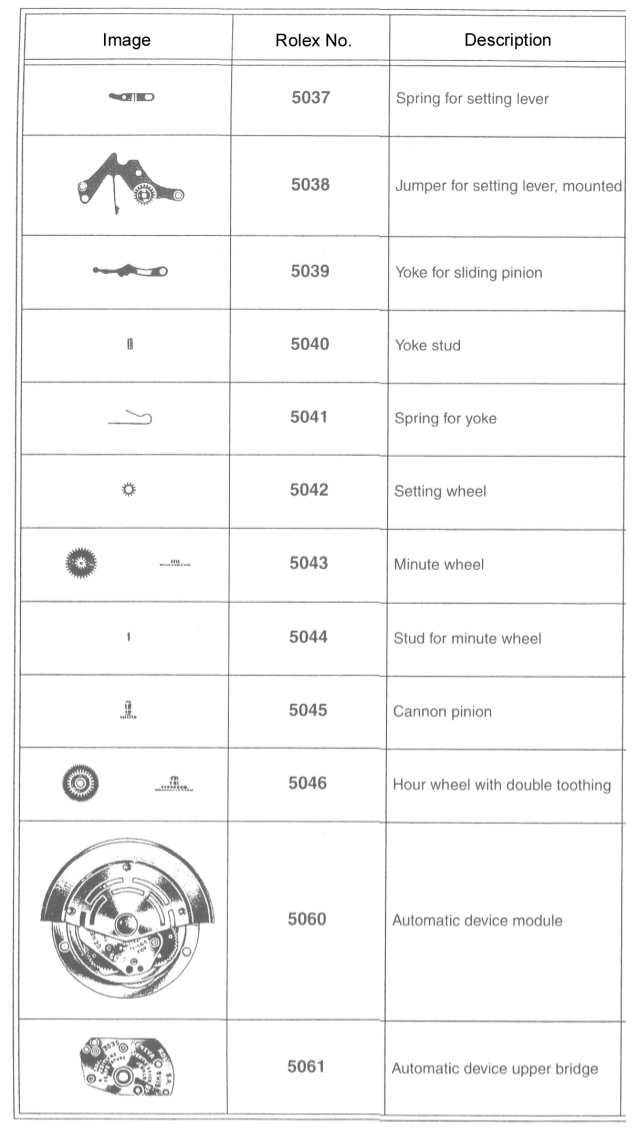 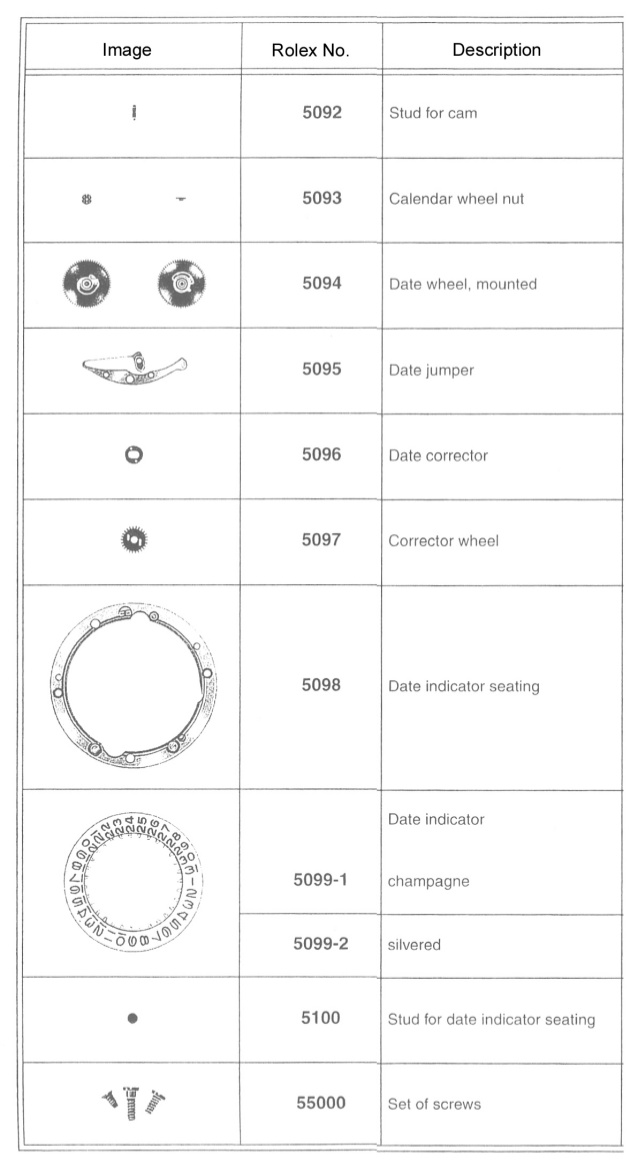 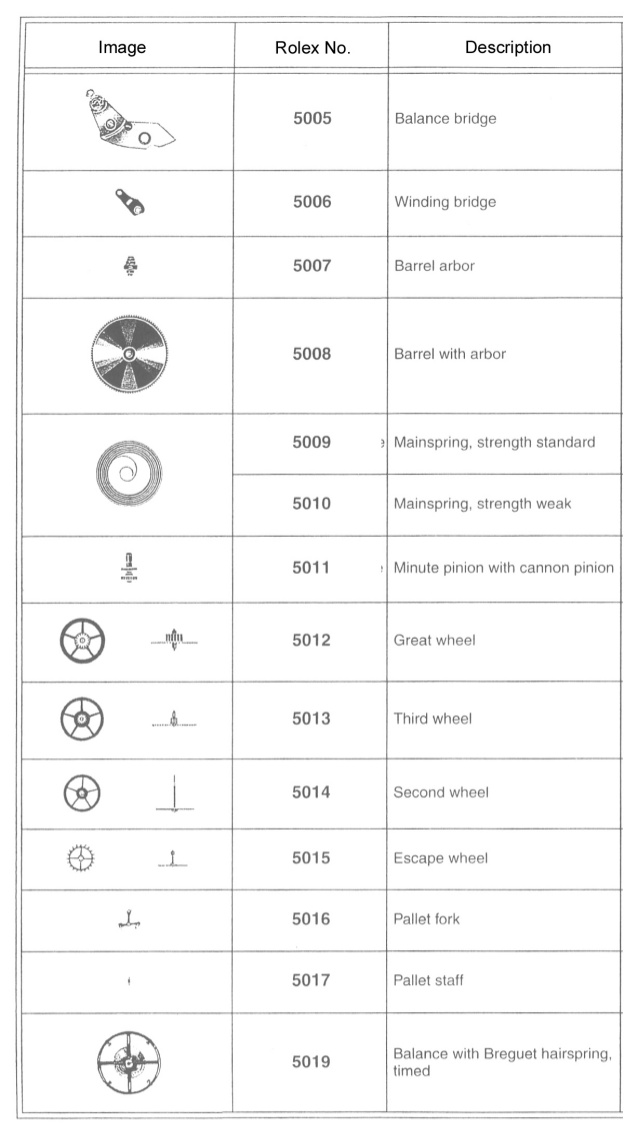 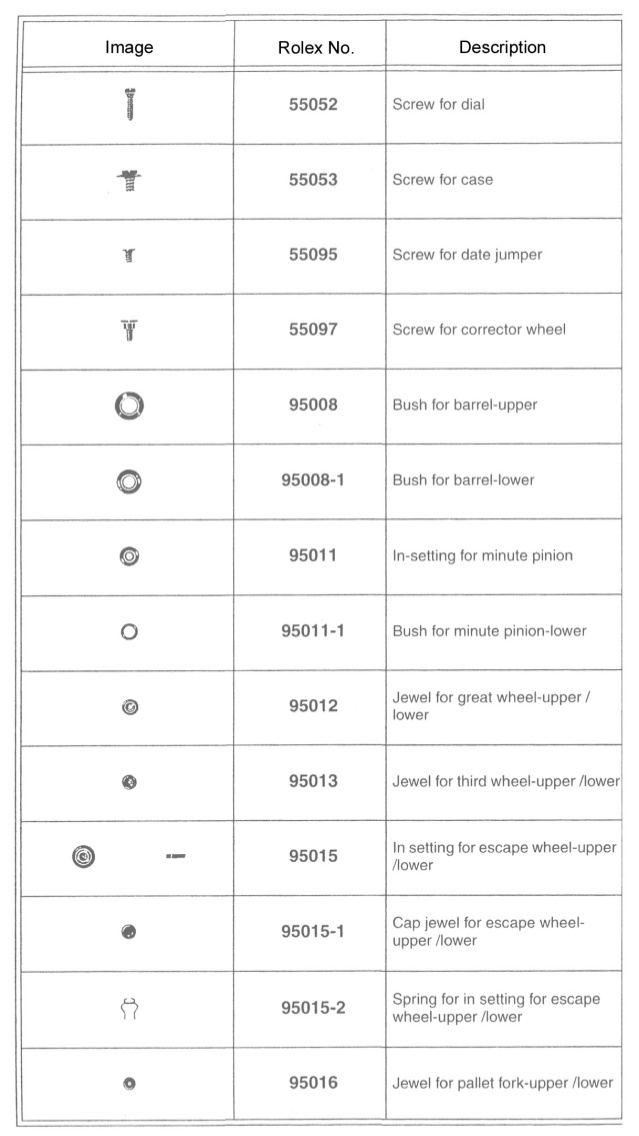