The Tudor watch company has more and more gone in the direction of developing and manufacturing in-house movements. This is a natural evolution considering its bigger brother Rolex develops and manufactures all of its movements in-house.

Thanks to Rolex’s expertise and know-how, Tudor can also slowly but surely move in that direction. Using in-house movements is something that is well-regarded in the watch-industry due to the fact that it shows that you are a watch company that means serious business that invests in research, development, and manufacturing.

Tudor’s in-house movements are based on Rolex technology and include techs such as silicon hairspring technology, full balance bridge, and free-sprung Microstella balance wheel.

One of those movements is the MT5402.

MT stands for ”manufacture Tudor” and means that it is a Tudor manufactured movement (in-house).

The MT5402 replaced the ETA 2824-2 as the movement for Tudor’s smaller watches. The movement is an automatic movement, that includes features like central seconds and a bi-directional winding system.

Just like Rolex, Tudor does not finish its movements to a super high degree. Instead, the movements are meant to look robust and reliable. The Tudor MT5402 is finished in an industrial finish with not a lot of decoration, but when it comes to Tudor and Rolex, the decoration of the movement is not the point. They are instead meant to be reliable workhorses that continue to tick year after year. 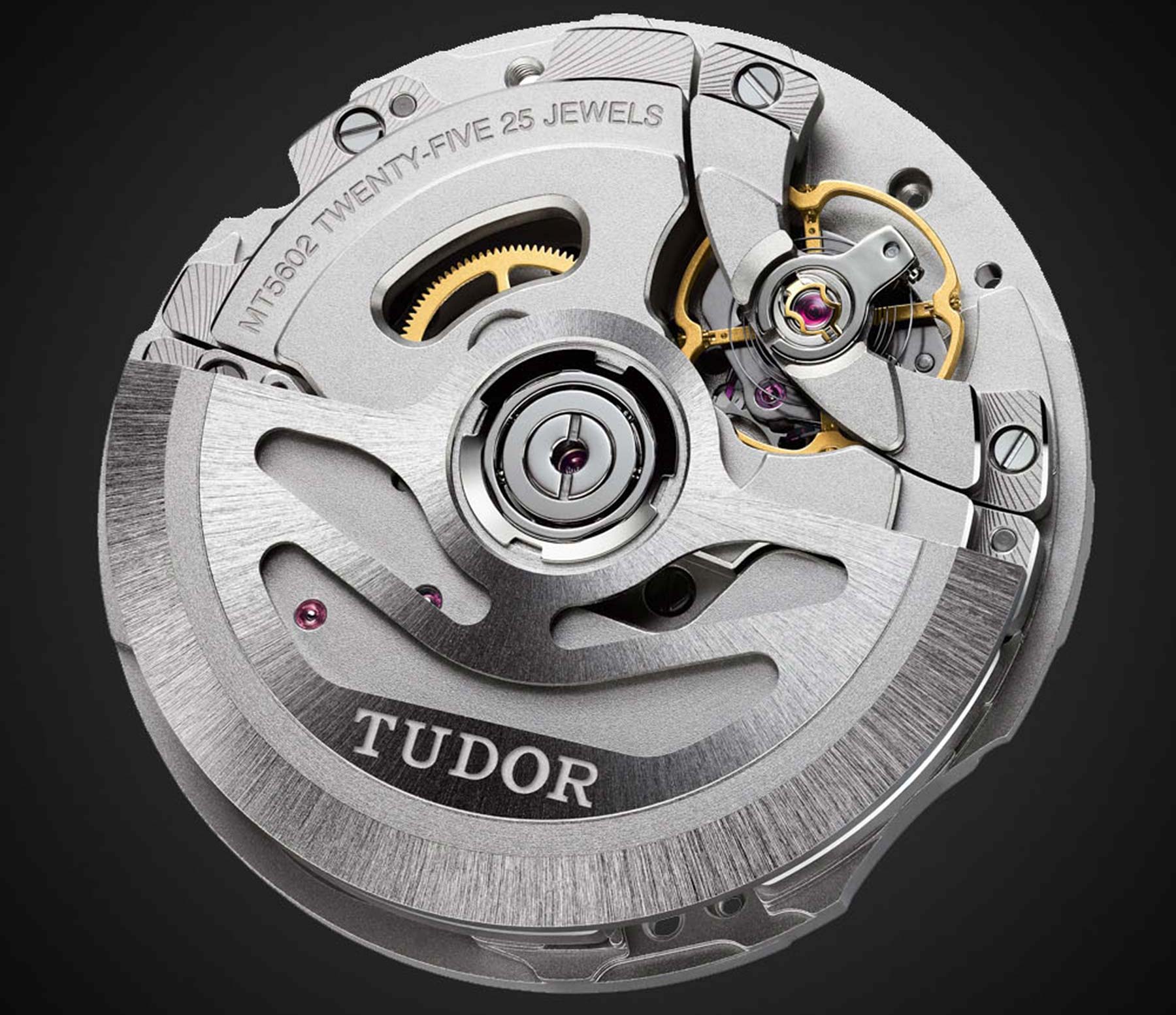 It is self-winding and has a power reserve of approximately 70 hours. It displays hours, minutes, and seconds. It is a certified Chronometer.