What is hesalite? Omega and plexiglass

There are some watches that simply establish themselves as legendary. There’s no better way to put it. This can be either how it is built, the innovation that it brings, who has worn it, or how it has been used. The latter applies to the Omega Speedmaster.

It’s no secret that the Omega Speedmaster was the first watch on the moon. Ever since the moon landing, Omega has used it heavily in its marketing. After stringent tests that NASA performed on a number of different candidates, the Omega Speedmaster stood as the winner. Now, there are many reasons why the Omega managed the tests, but an important, yet small detail is the hesalite crystal.

Today, the hesalite crystal has become iconic with the Speedmaster, although there are many Speedmaster versions without it.

So this brings us to the question, what is hesalite? And why does Omega use it for its Speedmaster? 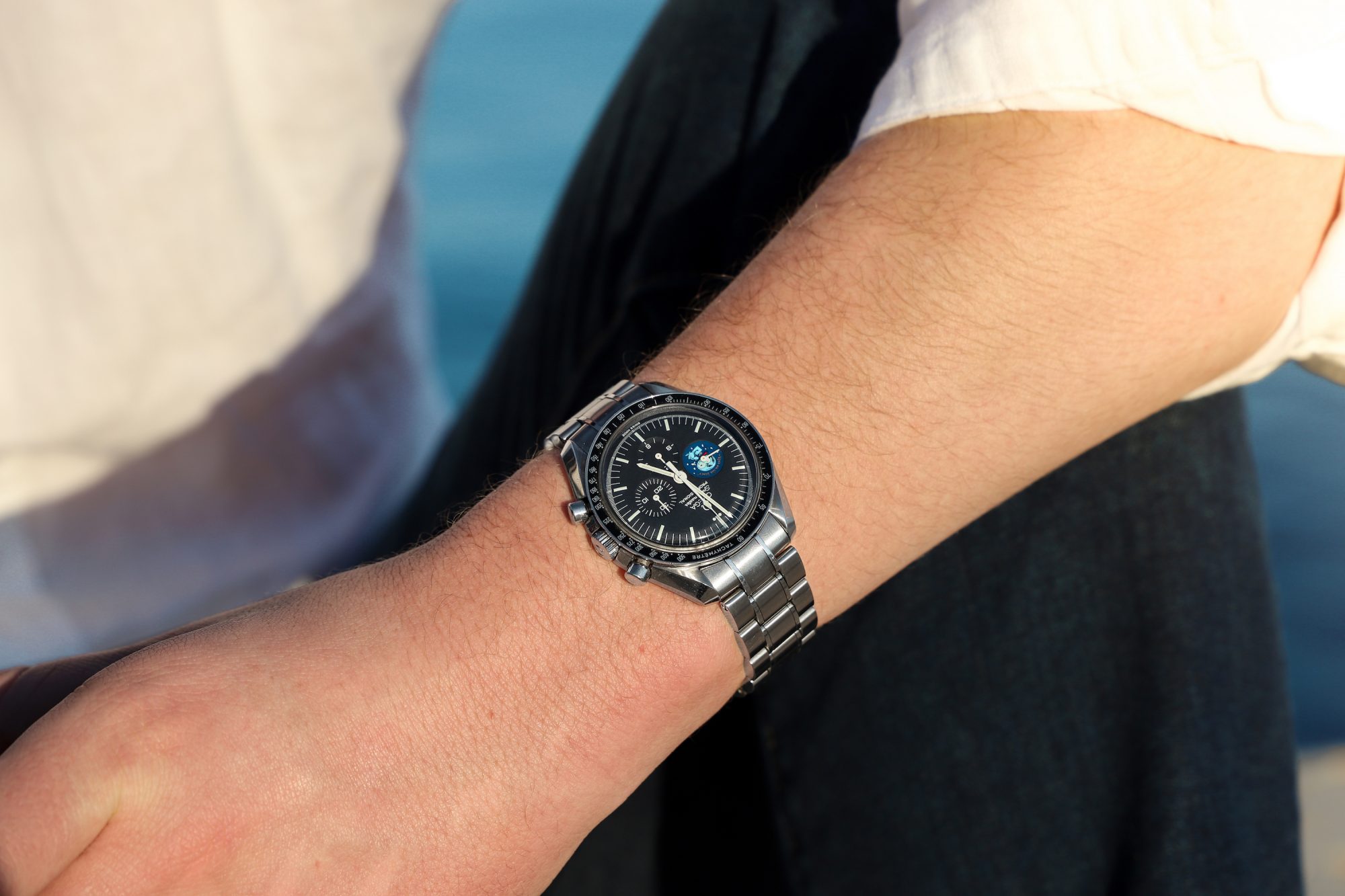 Hesalite is a plexiglass material, made from a form of acrylic. Hesalite came about in the 1940s and has been used widely in a number of different areas. The benefit that hesalite brings is that, since it is relatively soft, it can be shaped into the required form quite easily. Unlike many other plastics, hesalite has very good clarity, which of course is crucial if it is used as the glass for a watch.

And remember, that, during this time, watch brands did not use sapphire to a large extent. The primary reason was that sapphire crystal is so incredibly hard, which makes it extremely difficult to work with and shape into the necessary form. The tools and techniques needed to do this well and efficiently simply didn’t exist. Rolex, for example, first used sapphire crystal in the 1970s.

So what did watch manufacturers choose? Acrylic of course. Or some variants of it. 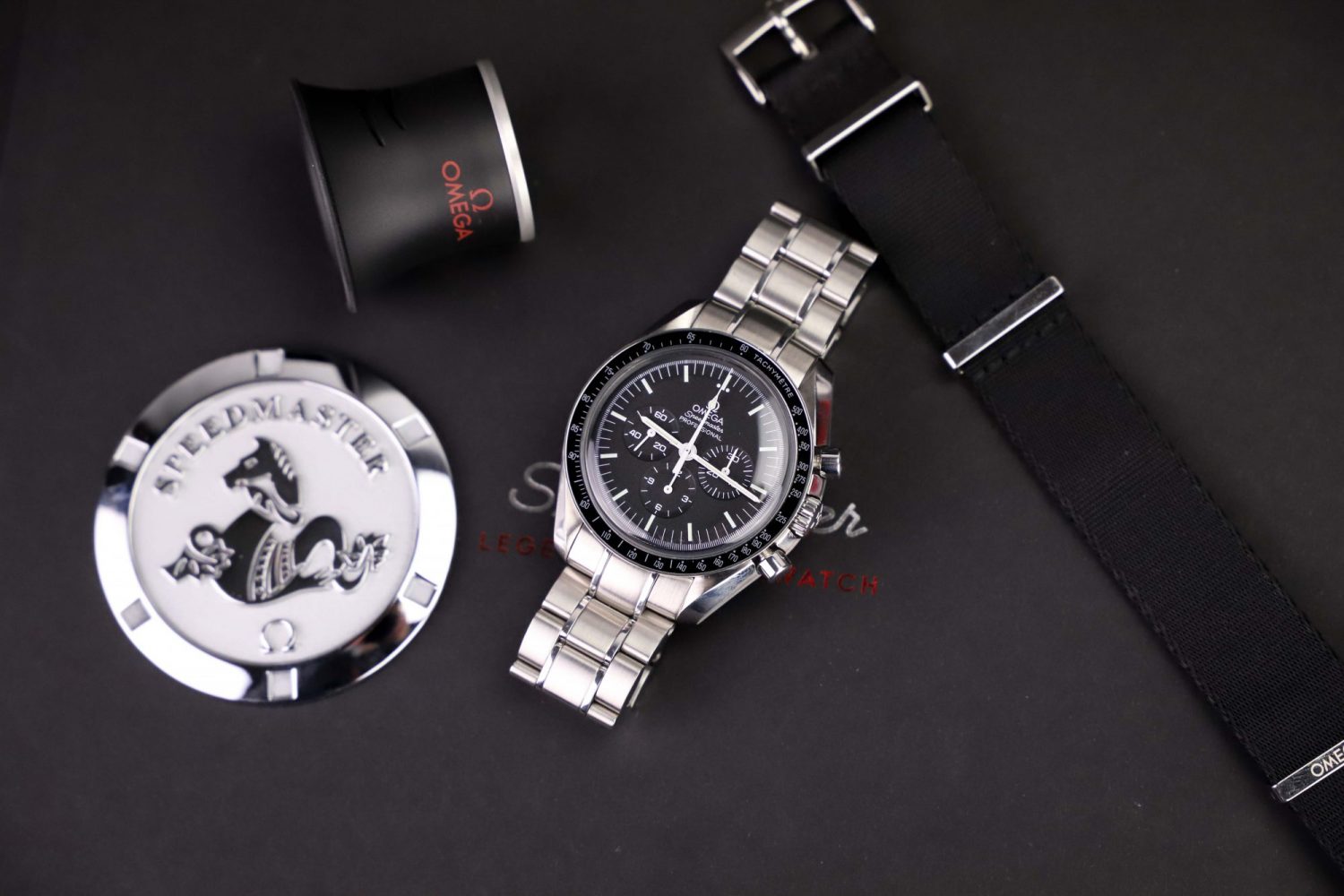 In space, shattered glass can damage equipment onboard and have life-threatening consequences. With that said, choosing a hesalite crystal for the Speedmaster was no question.

On paper, it doesn’t make much sense to choose the hesalite version over the sapphire crystal version unless you are going to space, that is. Hesalite, being a form of plastic, will naturally acquire scratches over time. This is even if you are very careful and only have your cuff rubbing against the glass.

So why is it that today, when the technology of making sapphire crystals has come so far, that people still choose the Speedmaster with a hesalite crystal? When it comes to the Speedmaster, the answer is of course that it is the closest to the original of all the Speedmasters in production. 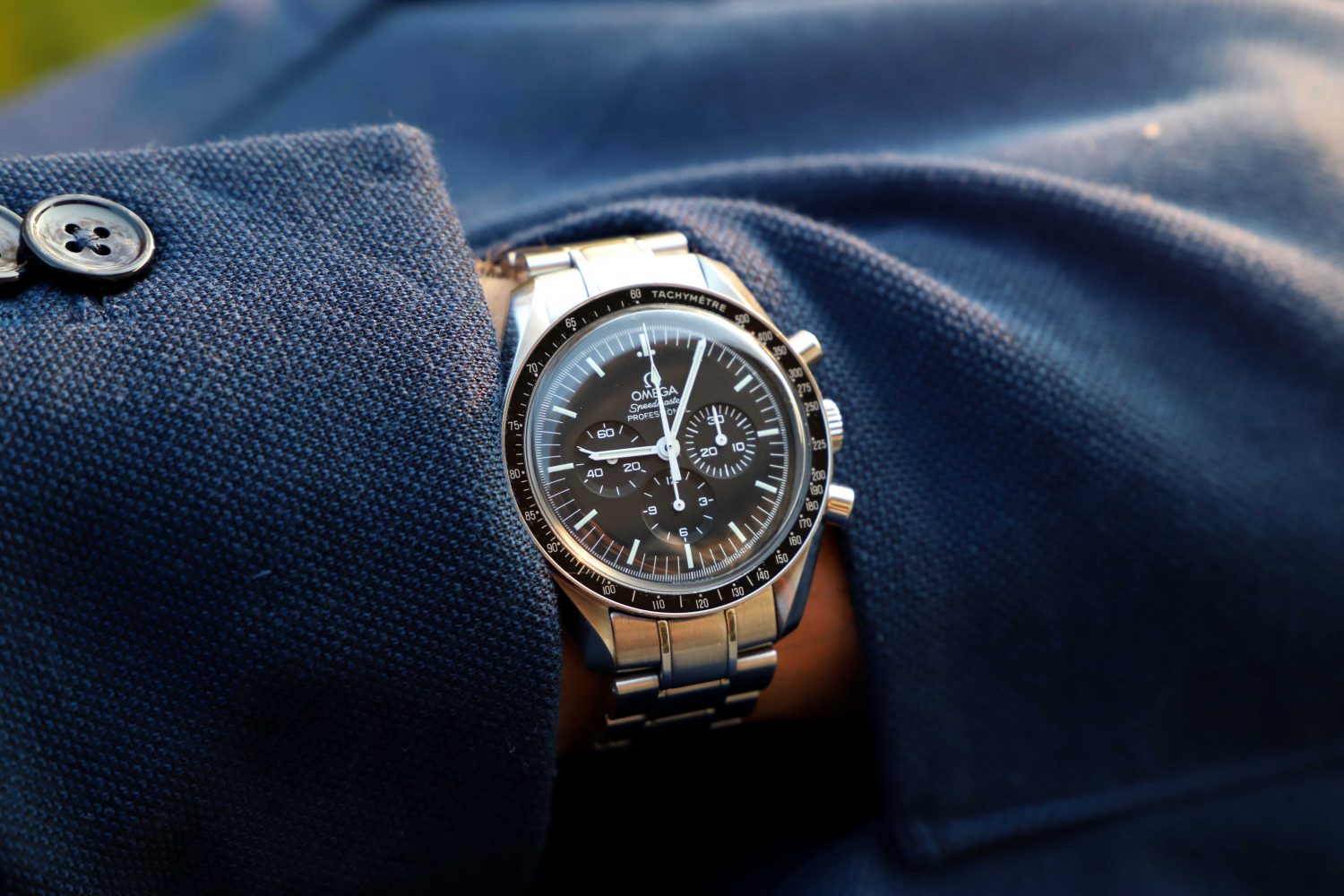 Parts of the reasons why people choose the Speedmaster is due to its appealing and rich history of space, NASA, and the moon landing. All of these things combine simply makes the Speedmaster legendary. So naturally, you would want the version that is as close to the original as possible. And that choice will then fall on the hesalite Speedmaster.

As mentioned, being a form of plastic, hesalite is not scratch-resistant. Over time, it will get scratches when worn. Deep scratches require some more pressure, but lighter scratches will appear regardless.

The good news is that you can polish your hesalite crystal very easily. There are two tricks to do this. You can either use Polywatch, which is a form of polishing cream. Or, you can use regular toothpaste. The reason why toothpaste works for polishing the crystal is that it contains polishing crystals. 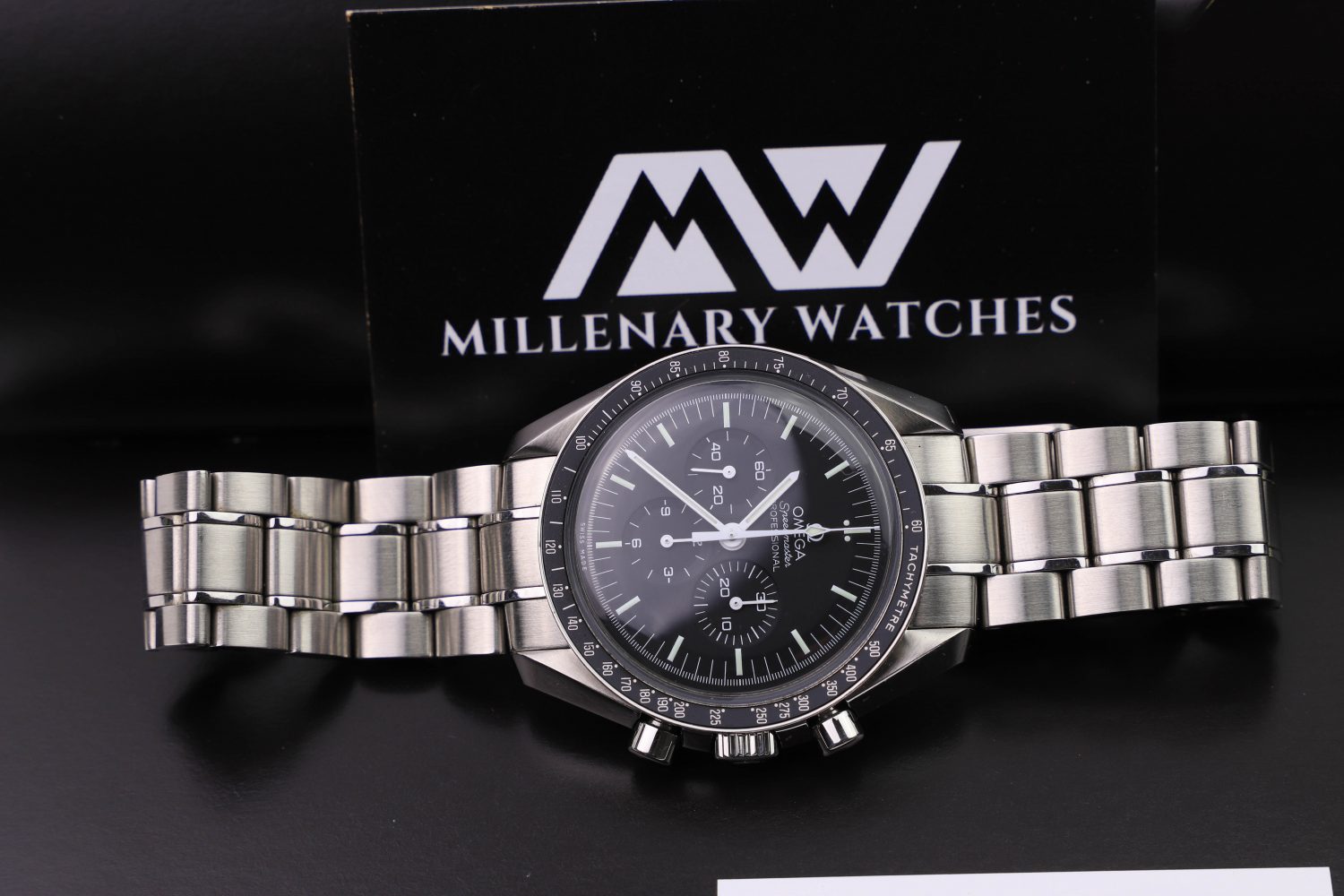 To polish, simply take a small piece of cloth and apply some cream on it. Then start polishing the crystal carefully. Light scratches and hairlines will be polished away easily, but for deeper scratches, you can apply some more pressure.

How many times can you polish Hesalite?

A common question is how many times you can polish a hesalite crystal. The answer is, many. When you polish your crystal, you remove tiny and thin layers. In order to polish so much that the crystal becomes too thin, you need to polish a large number of times, so generally, unless you polish it hundreds of times, you don’t have to worry about polishing you’re crystal too much.

This brings us to the next point.

How much does it cost to replace a Hesalite crystal?

If your hesalite crystal has broken or you feel that it is too scratched up to polish, you can have it replaced. Replacing a hesalite crystal is actually rather affordable, at least when compared to the cost of replacing a sapphire crystal. A new hesalite normally crystal costs anything from 40 to about 100 USD. Note that an official Omega retailer may not be willing to only replace the crystal without performing additional work, and if so, you can always turn to an independent watchmaker.

4 thoughts on “ What is Hesalite? Omega Speedmaster Crystals”