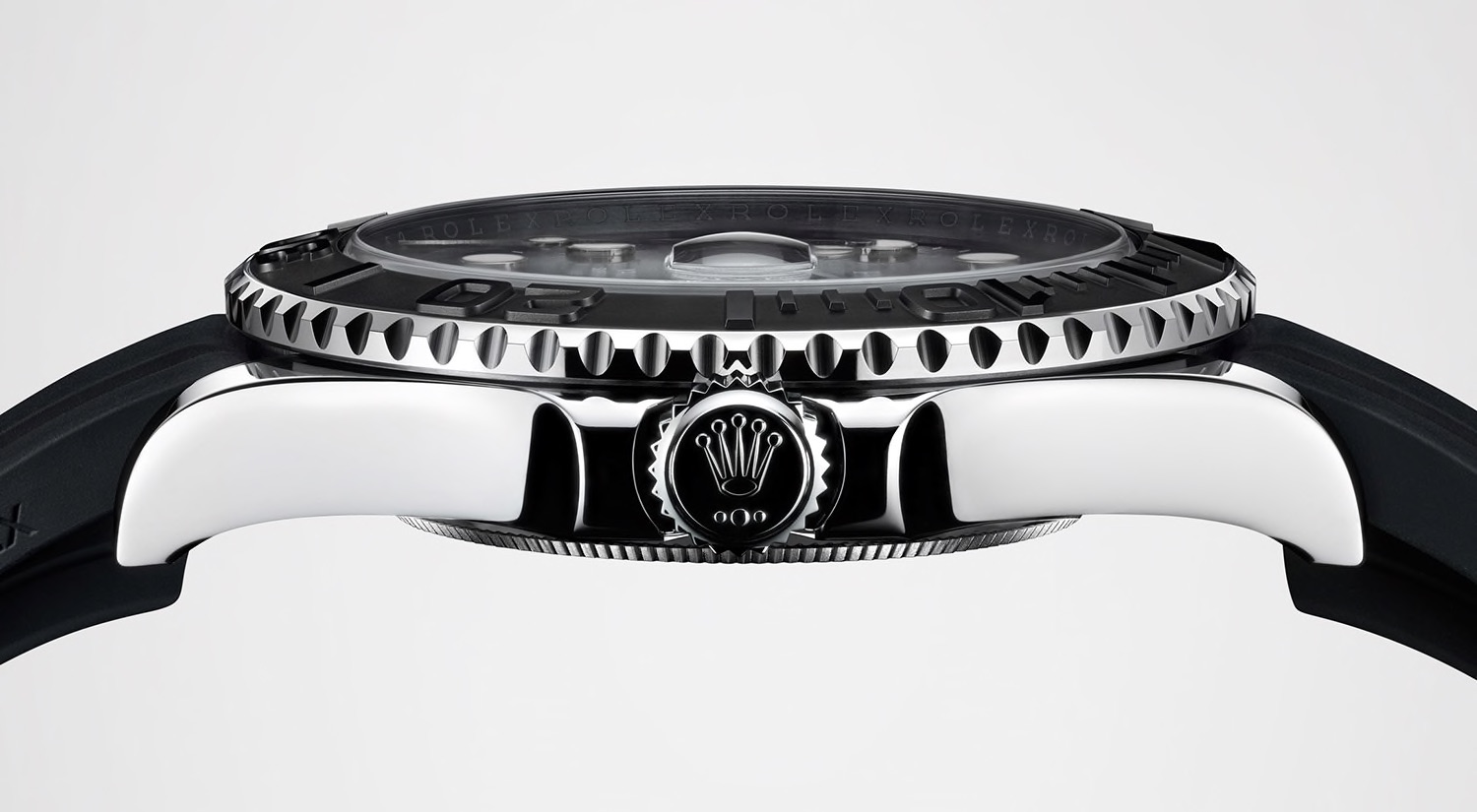 Should the Rolex crown point up? – Rolex Crown Alignment guide

This is a topic that has been widely discussed among Rolex enthusiasts. Rolex is known for absolute perfection. Precision, and uncompromising craftsmanship. So why is it that most Rolex crowns do not point up? In other words, why isn’t the crown of the watch perfectly aligned to face up?

Let’s look closer at Rolex crowns and their alignments.

All Rolex watches have a crown. This crown is used to adjust the time and functions of the watch. Since the Oyster case construction is used in the majority of Rolex watches, it means that almost all watch crowns are screw-down. This means that they are screwed down against the case via threading, similar to how a normal screw works.

All Rolex crowns have the coronet symbol on the side. The most ”logical” thing would be that the coronet always aligns straight when fully screwed-down against the case. Well, that is not the case.

The Rolex crown alignment is, of course, a major third-world problem, but it’s still worth discussing because when paying Rolex money for a watch, you expect perfection. A misaligned crown is, in a way, a form of imperfection – although Rolex does not attempt to get it aligned. Whilst some people couldn’t care less about the alignment of the Rolex crown, others have OCD and find it disturbing that the crown does not align perfectly.

So why Does Rolex not do something about this then? 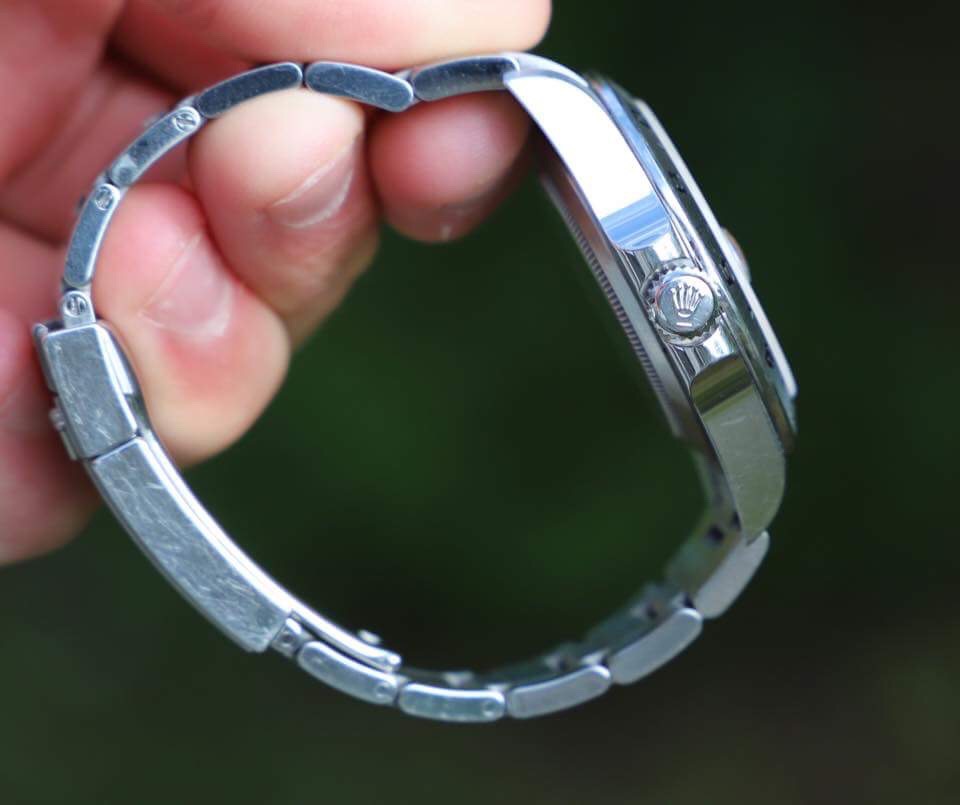 The simple answer is that they have not found it to be a major problem. Of course, Rolex could address this ”issue” anytime they want, but the company simply hasn’t identified it as an issue. Furthermore, doing this for all its watches would be yet another detail in the manufacturing process which would ultimately increase production time and drive up the production prices. Rolex has most certainly weighed the pros and cons against each other but found it difficult to motivate.

So, to answer the question “should Rolex crown point up?”, not really. Since Rolex does not actively try to align it perfectly, we shouldn’t expect it to be, since most won’t. However, it’s always a nice touch when it does.

However, there is one exception to this rule, and it’s a rather interesting one, but more on that further on. 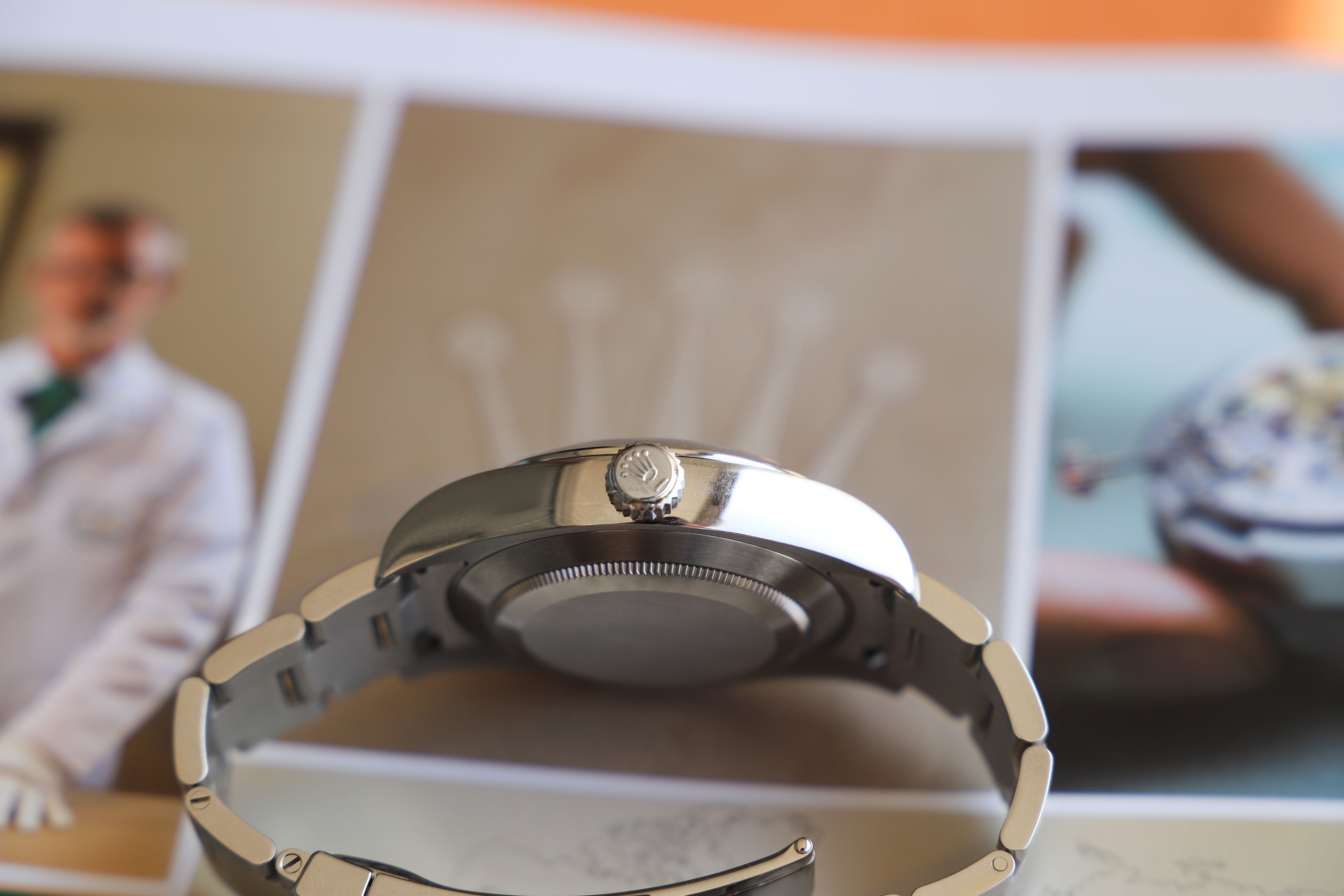 Why do Rolex crowns not align?

So what is the reason why a Rolex crown may not align?

As mentioned, Rolex crowns are screw-down. This means that the threading on the inside of the crown and on the tube always remain in the same position if they are not adjusted. Some people have the misconception that if you just start screwing the crown from a different position, it will align differently, but this is obviously not the case.

Can you adjust your Rolex crown to point up?

Yes. Actually you can! 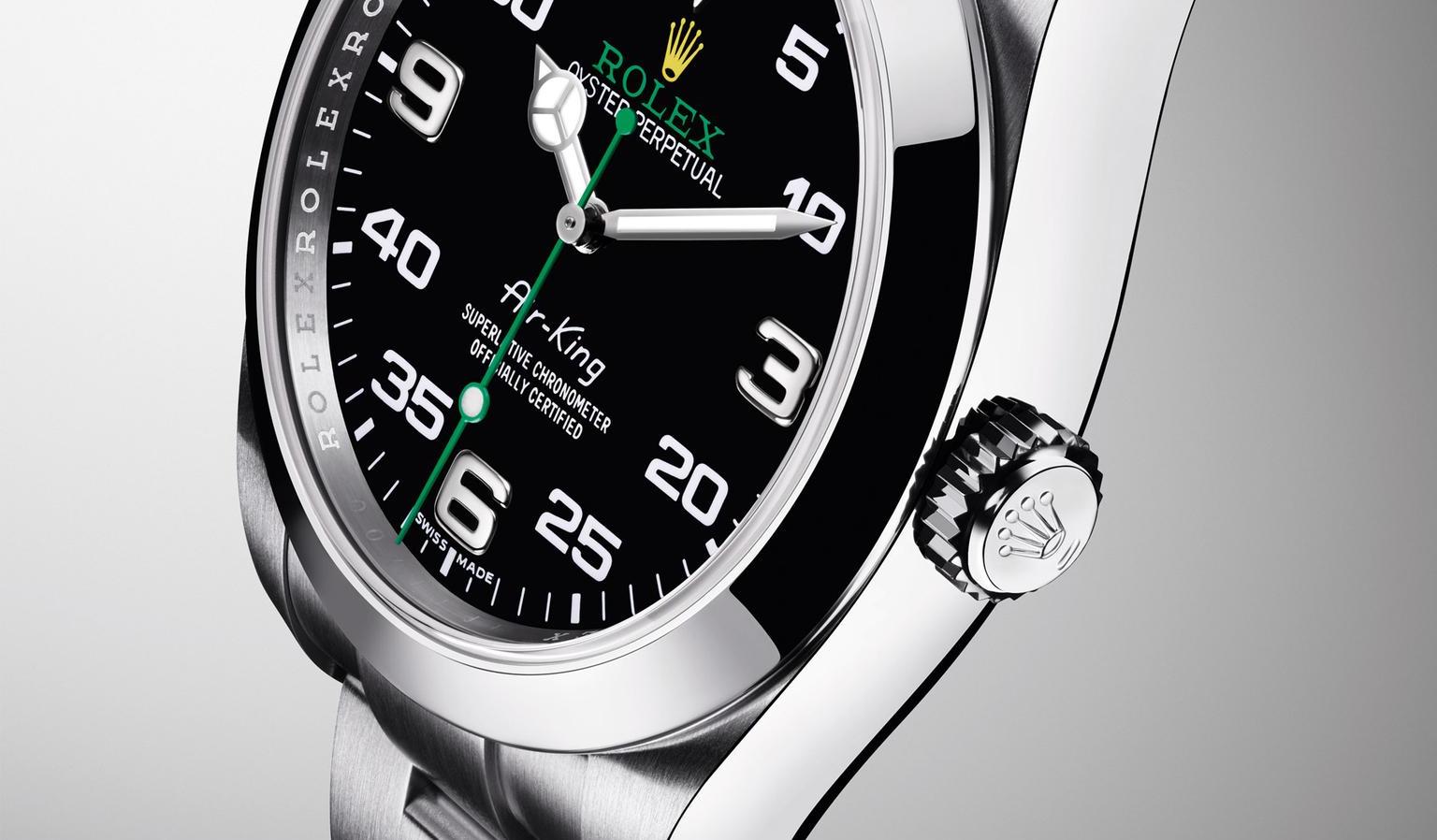 It is possible to request that you would like your crown to be perfectly aligned, and most service centers will align the crown during the service. Note that this is not something you can do if you don’t service your watch. You cannot just walk in and ask to have the crown aligned as it is not a service they offer.

There have been some discussions that it wouldn’t be possible for Rolex to make the crown point up all the time due to the gasket that is in the crown. Since the gasket contracts and dries over time, it will turn farther than when it was brand new.

But as a matter of fact, Rolex’s crown structure for the Sky-Dweller has proven to work.

What do we mean? Well, All crowns on precious metal Rolex Sky-Dwellers are perfectly aligned. For this, Rolex filed a patent in 2011 which was as follows:

Rolex likely chose to introduce the aligned crown for the precious metal Sky-Dwellers due to their hefty price tag. Because of this, they could motivate perfecting the crown, but not just yet for the rest of the collections.

Rolex has never publicly announced this small detail. But because the misaligned Rolex crown has been so widely discussed, it may be a sign that Rolex is actually listening.

The Rolex Sky-Dweller in precious metal uses a new set of indexing teeth. These new teeth align with a similar index on the main parts within the case, allowing the crown logo to always be aligned.

It really is rather clever. I’m not sure that many of you will be particularly excited by an upright logo, but it’s always good to see innovation in watches, even if it’s largely esoteric in nature.

Will we see the rest of the Rolex collections get the aligned coronet crown?

In Rolex’s pursuit of perfection, it is highly likely. It’s probably only a matter of time, but Rolex simply cannot motivate it financially. At least not yet. What is interesting is that in all Rolex’s advertising material, the crown always points up. This is, of course, no surprise, but it is still interesting that Rolex judges this the “best position”, but still the majority of watches sold does not have the crown aligned.