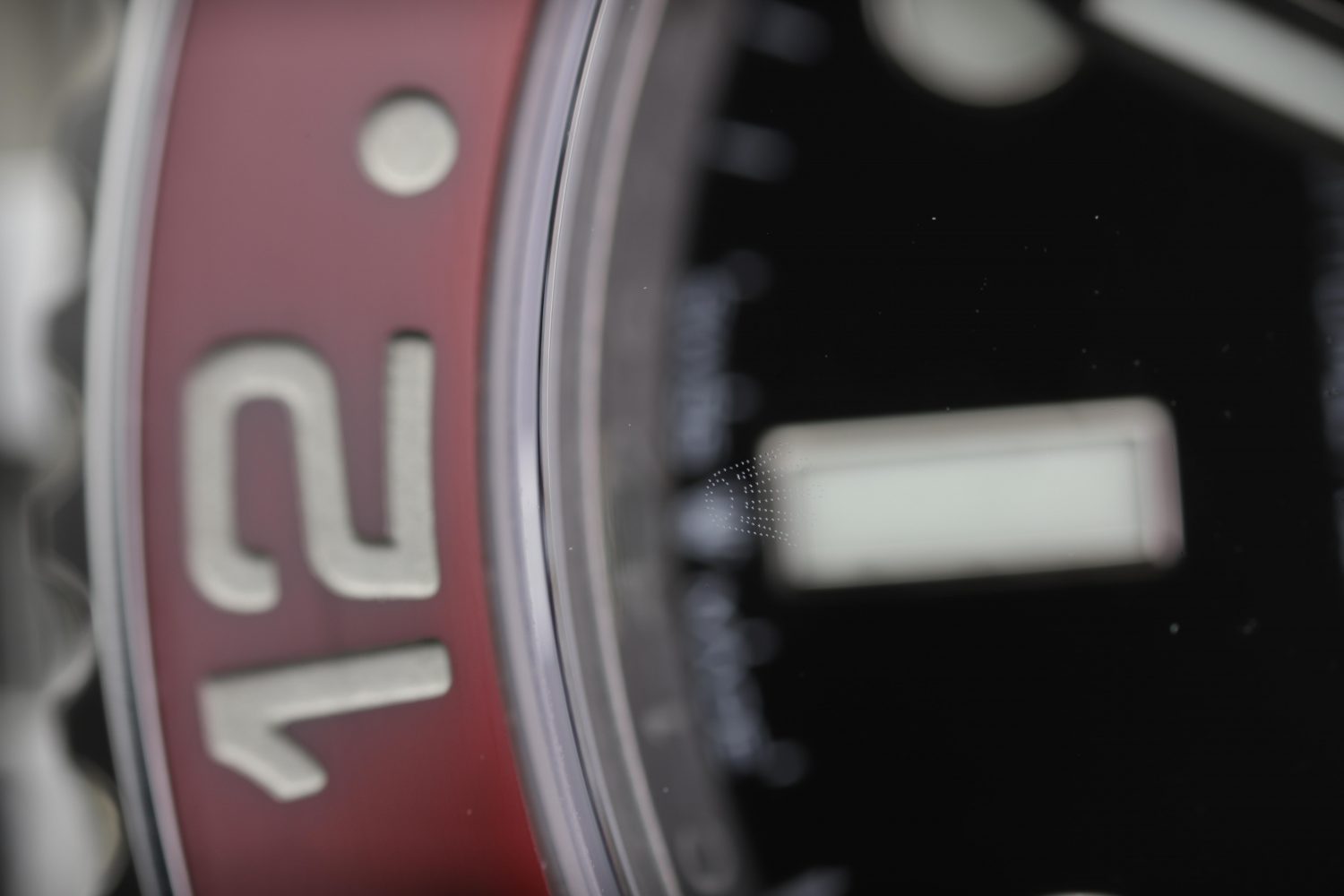 The Rolex laser-etched crown is a minuscule detail of modern Rolex watches that few people know about. As the name suggests, it is a small laser engraving in the crystal at the 6 o’clock position, just above the hour marker.

As you can guess, the laser-etched crown is yet another of Rolex’s many ways to tackle counterfeit watches. Rolex, for example, introduced the engraved rehaut of its watches, but many counterfeiters caught on, and the LEC is an even more technically advanced anti-counterfeiting measure.

So how does the Rolex laser-etched crown work, and when did it start? Learn everything about the Rolex LEC in this article.

When did Rolex start with the laser-etched crystal

The introduction of the laser-etched crown was done step by step and only started with the Submariner no-date, Air King, Explorer, and Daytona models. The Y series followed in 2002.

Some sources state that the ladies’ watches started receiving the LEC in the spring of 2000 and that the Yachtmaster got the crown in 1999. Have in mind that it varies from model to model how early the etched crystal was implemented. For example, the Explorer 16570 got the LEC crystal in 2006. 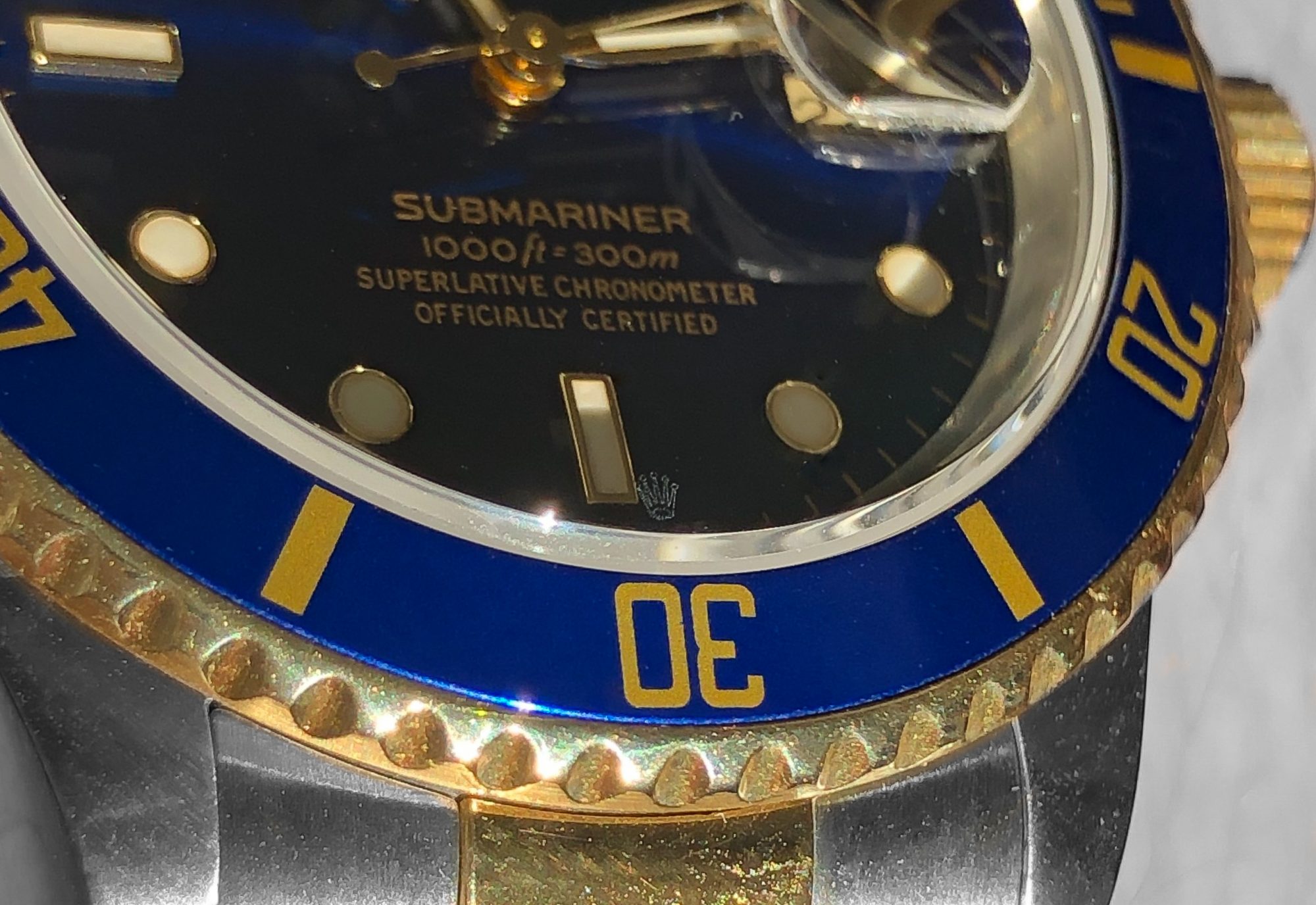 The laser-etched crown is very difficult to see with the naked eye, and this is one of the reasons many people are not aware that it exists. But how can you see it?

How to spot the laser-etched crystal

The LEC is particularly difficult to see if the watch has a light-colored dial. On the black dial, it’s relatively easy to spot the coronet if you know where to look.

Another way to look at it if you still cannot find it is to use a small flashlight and light with it from the 12 towards the 6 o’clock position. This will make the LEC glow up so that you can see it with your naked eye. 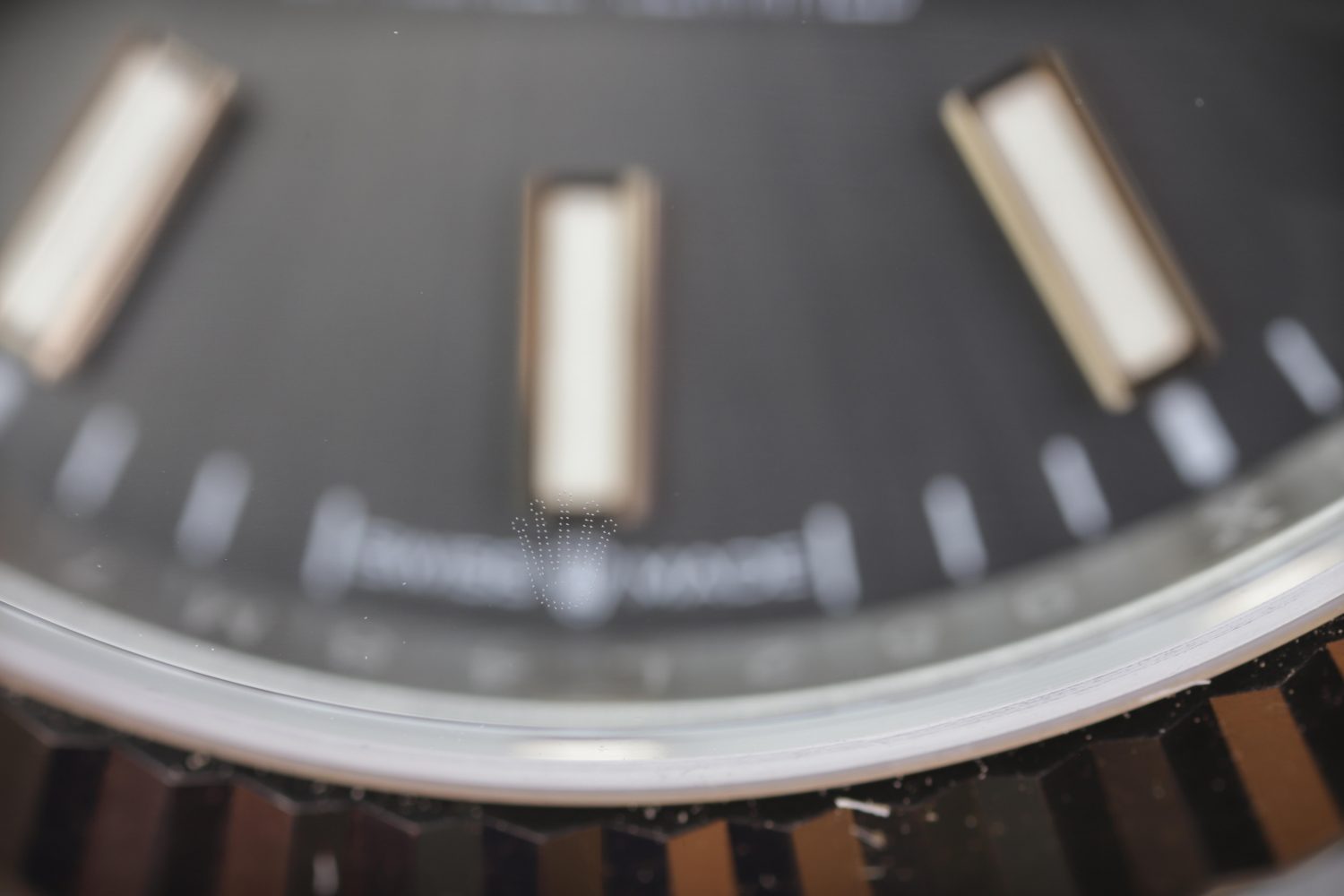 Another way is to use a camera with a macro lens if you have one. The camera may be able to see it even if you don’t.

At this time, it is “only” a corroded or etched coronet with a thicker, more constant structure as a result. You can recognize these with the naked eye easily and therefore it is quite easy to expose a counterfeit. However, it is only a question of time when better laser coronets occur in the counterfeit market and the laser coronet on its own is no 100% identification of a genuine watch.

If you have had your crystal serviced, it may have gotten a service crystal.

At the same time, there have been reports of people who have had their crystal replaced and gotten a crystal without the ”S” inside the coronet (which stands for service). 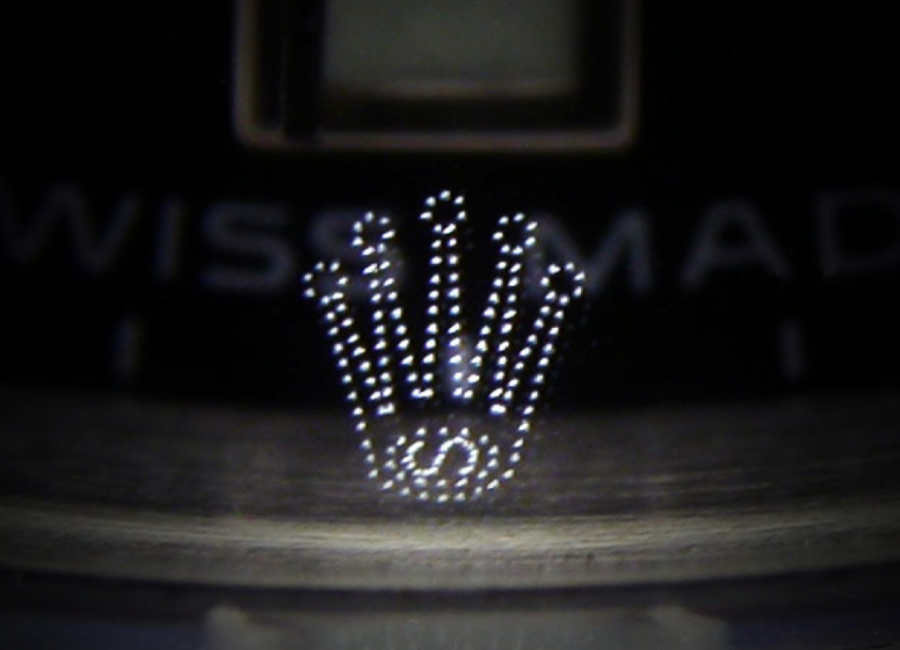 Having a service crystal with the S inside the coronet does not necessarily devalue your watch. It just indicates that the crystal has been changed sometime during its lifetime.

Have in mind that even if your watch is older than when the laser-etched crystals were introduced, it may still have a crystal with the coronet. This can happen if your watch is serviced or repaired, and the crystal is replaced with a non-time-correct crystal for the model. 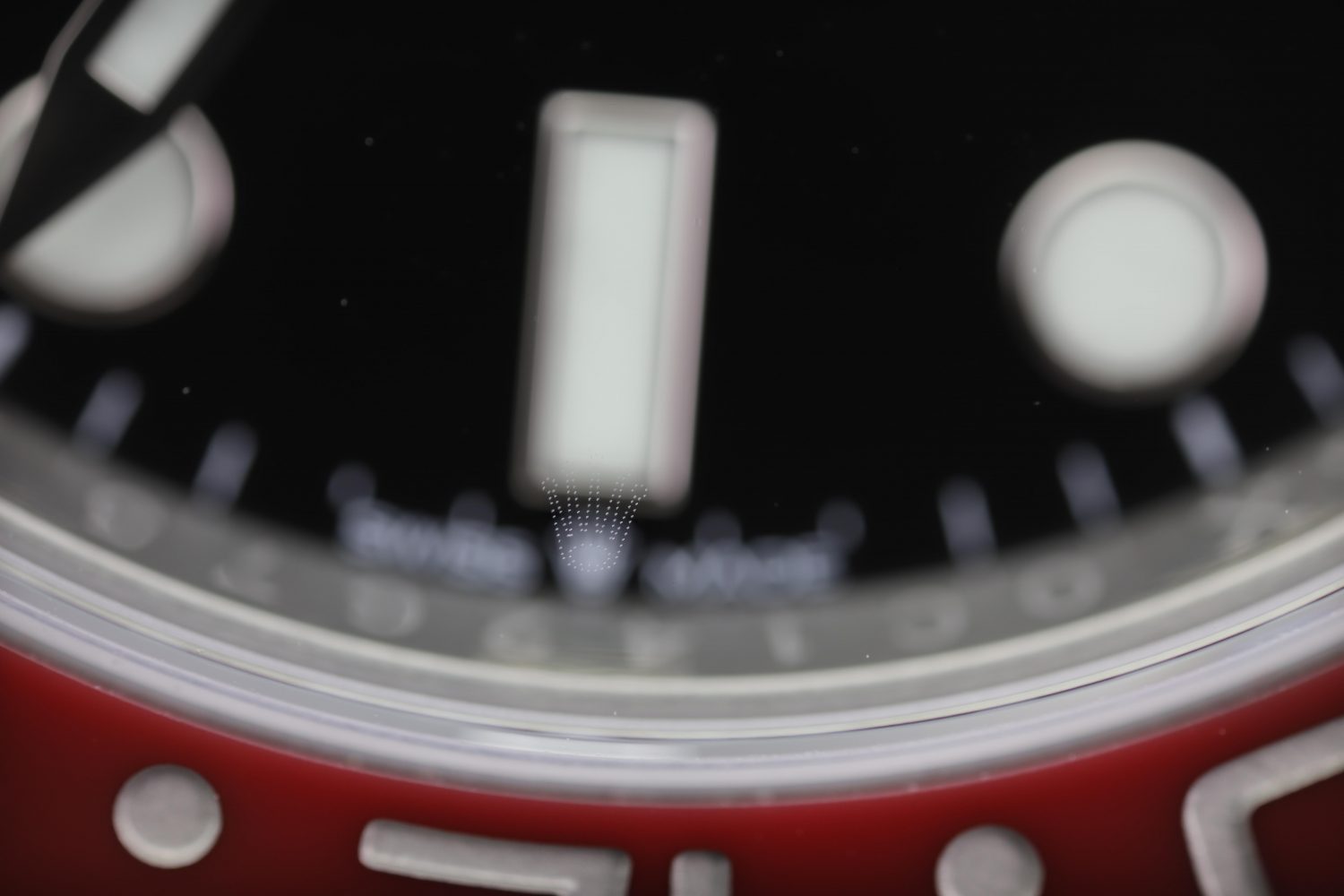 If your watch does not have the laser-etched crystal…

There can be several reasons why your watch does not have the crown.

The most common reason amongst people who ask is that their watch does, in fact, have it, but it’s just that it’s so tiny and difficult to see that they miss it.

Another reason is that you have a model that is not supposed to have it. Not all models got it at the same time, and your watch may be produced earlier.

Do fake watches have the laser-etched Rolex crown?

Some fake watches have the laser-etched coronet, however, most of these coronets are very poorly made, and will be visible at just a glance. The crowns will almost look acid-etched, and the best way to tell them is that you can see them clearly with the naked eye.