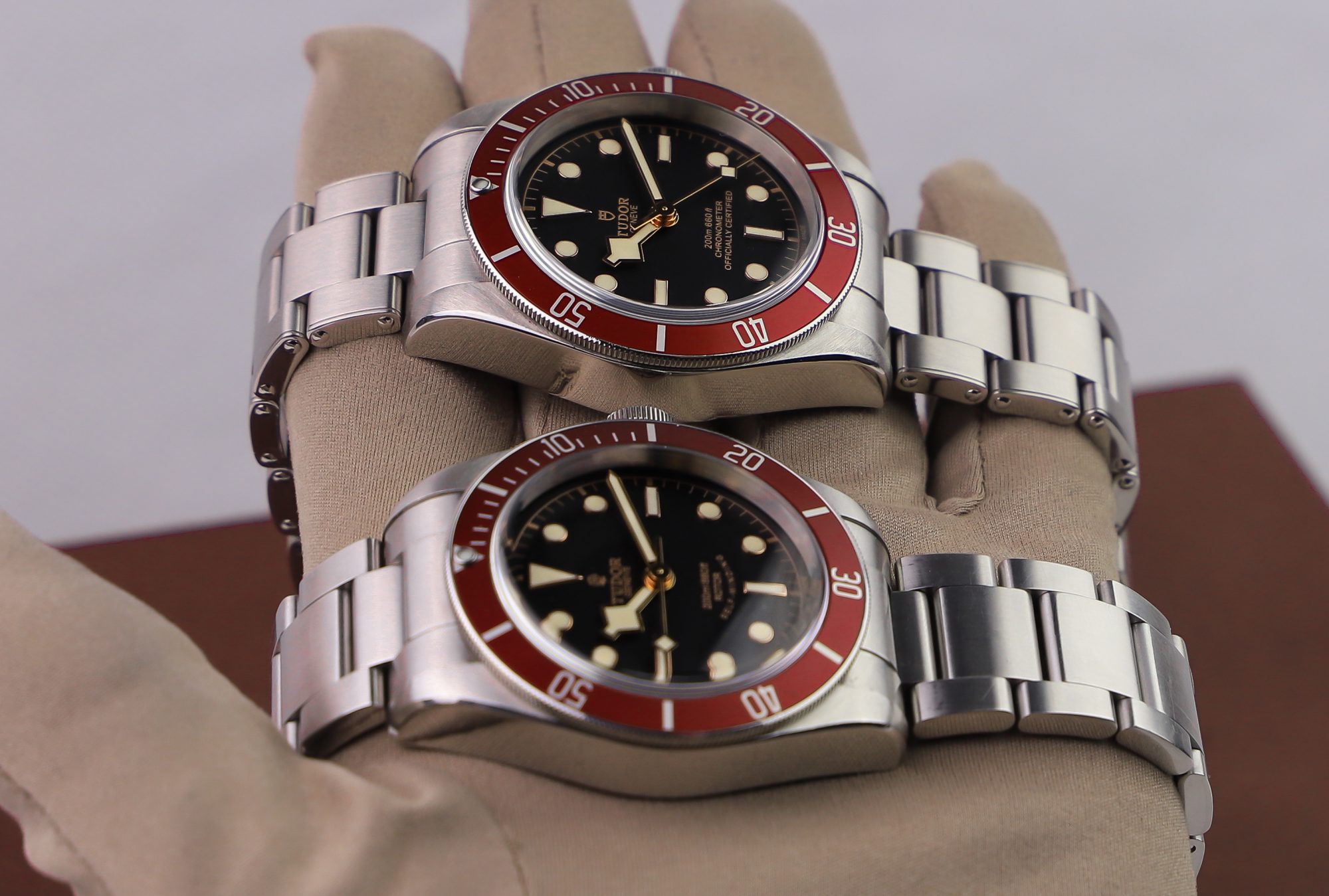 Generally speaking, most things do not tend to hold their value very well. You buy a brand new car, and it has lost a significant percentage after the first day. You buy a ring, and it loses a large chunk of its value immediately.

But how about Tudor watches?

It’s well known that some watches can in some cases prove to be good investments. While you certainly don’t make money from your watches most of the time, if you buy right, a wristwatch can be a place to put your money into, which still hold its value relatively well.

Now, most people are not buying a wristwatch as an investment. Instead, they just factor in the value retention into the equation when buying an expensive watch so that, shall something unforeseen happen, you always have the ability to cash in a somewhat reasonable amount that is not pennies on the dollar compared to what you bought your watch for.

Rolex is a brand that is notoriously known for being a watch brand whose products hold their value extremely well. In some cases, Rolex watches can even prove to be great investments that appreciate in value over time.

But what does Rolex have with Tudor to do? Well, Tudor is actually the daughter company of Rolex, owned by the same foundation – the Hans Wilsdorf Foundation. So with that said, you wonder if Tudor has the same value retention.

So now to the big question: Do Tudor watches hold value? 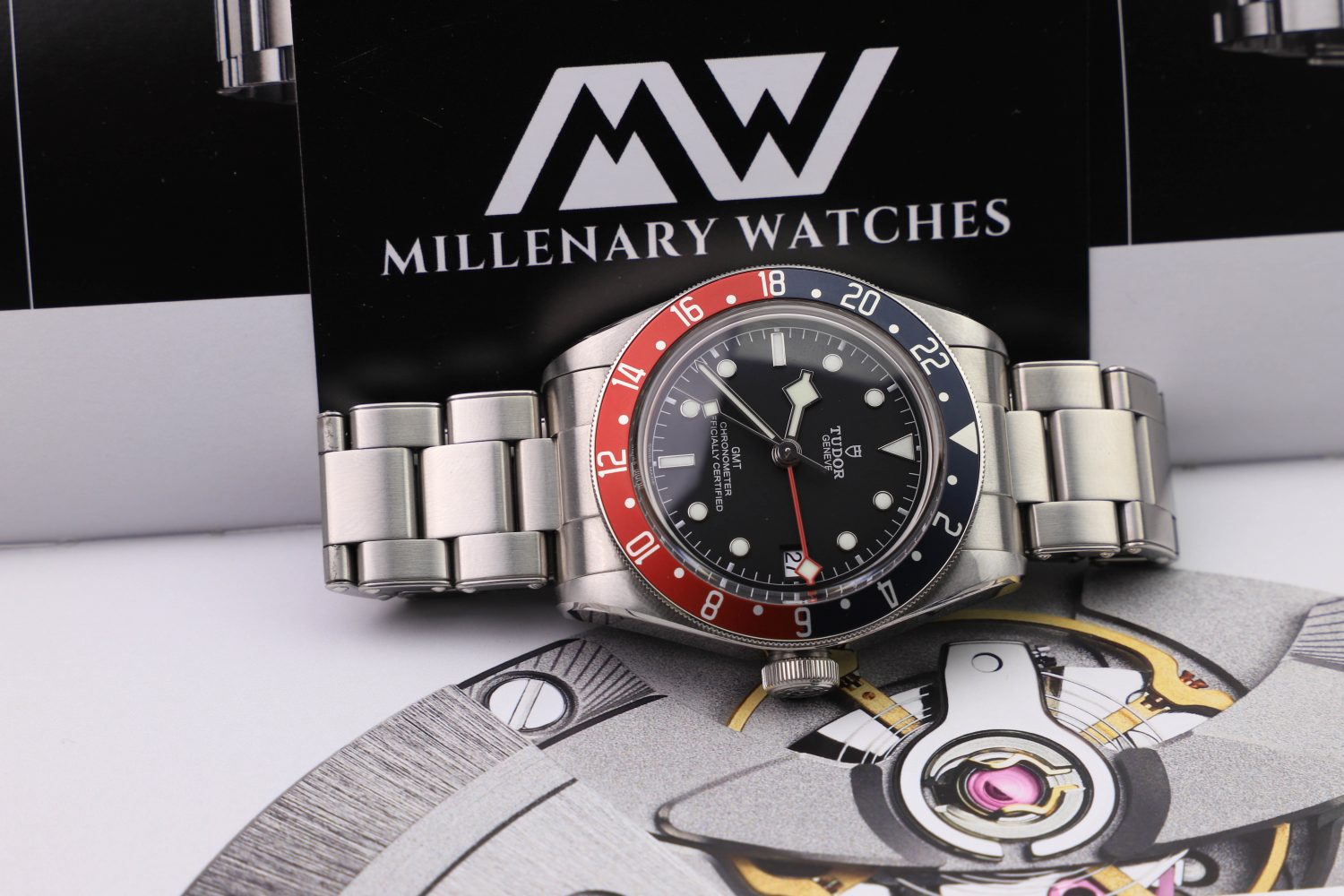 Let’s sort out a few things in order to understand what drives the secondhand market prices.

To begin with, there are recommended retail prices, which are followed by authorized Tudor retailers. And then there is the secondhand market price. On the secondhand market, it is the price that the market is willing to pay for a particular watch pre-owned that decides what its value is. 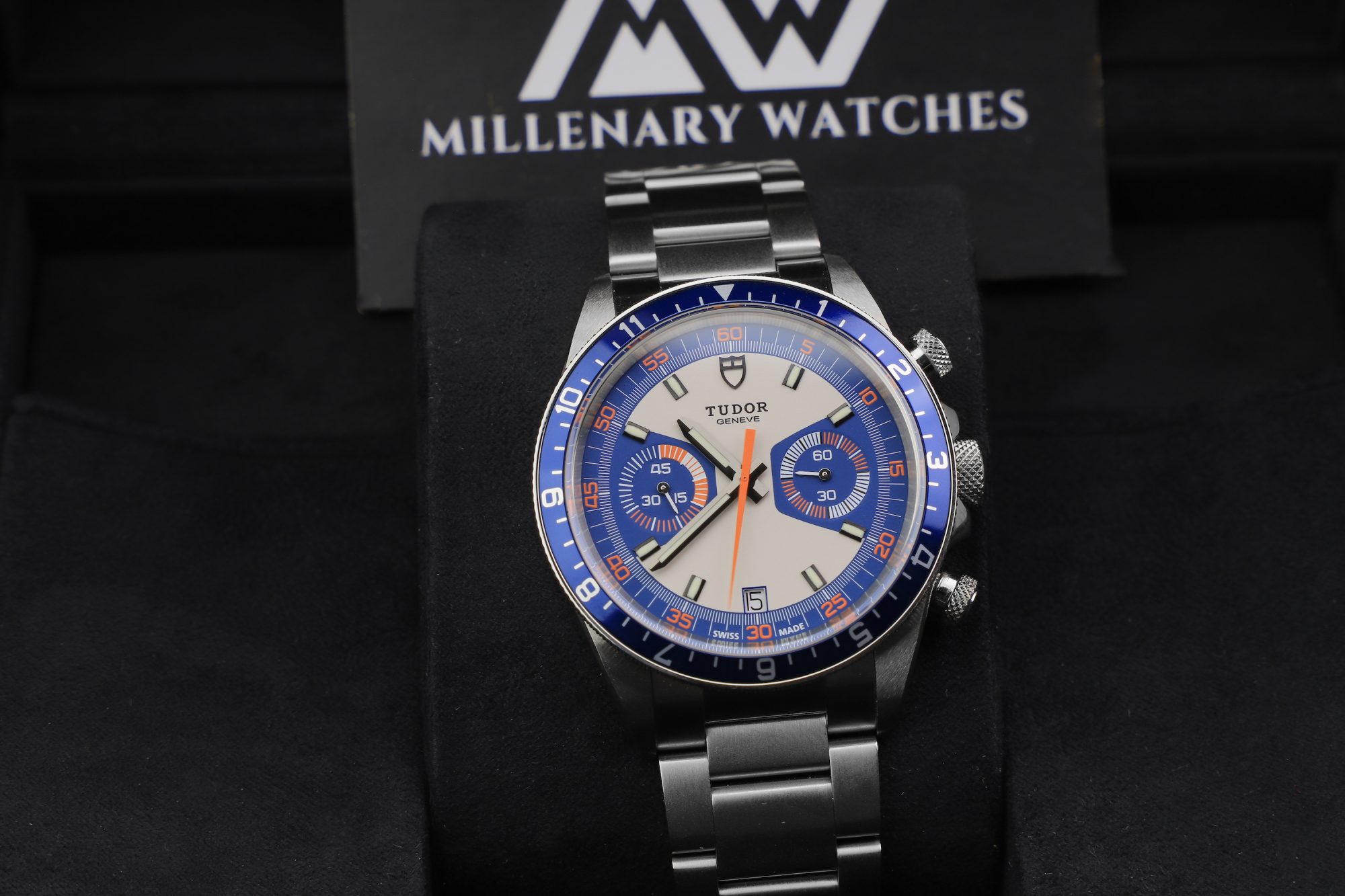 With that said, the secondhand market prices are decided by just that, the market. The retail prices are instead decided by Tudor. If the market deems these retail prices inappropriate, these watches will eventually have to be discounted by the retailer in order for them to be sold, or, they will sit in their stock for a long time. The brand also plays an important role here, but naturally, Tudor does not have a brand that is as strong as Rolex. 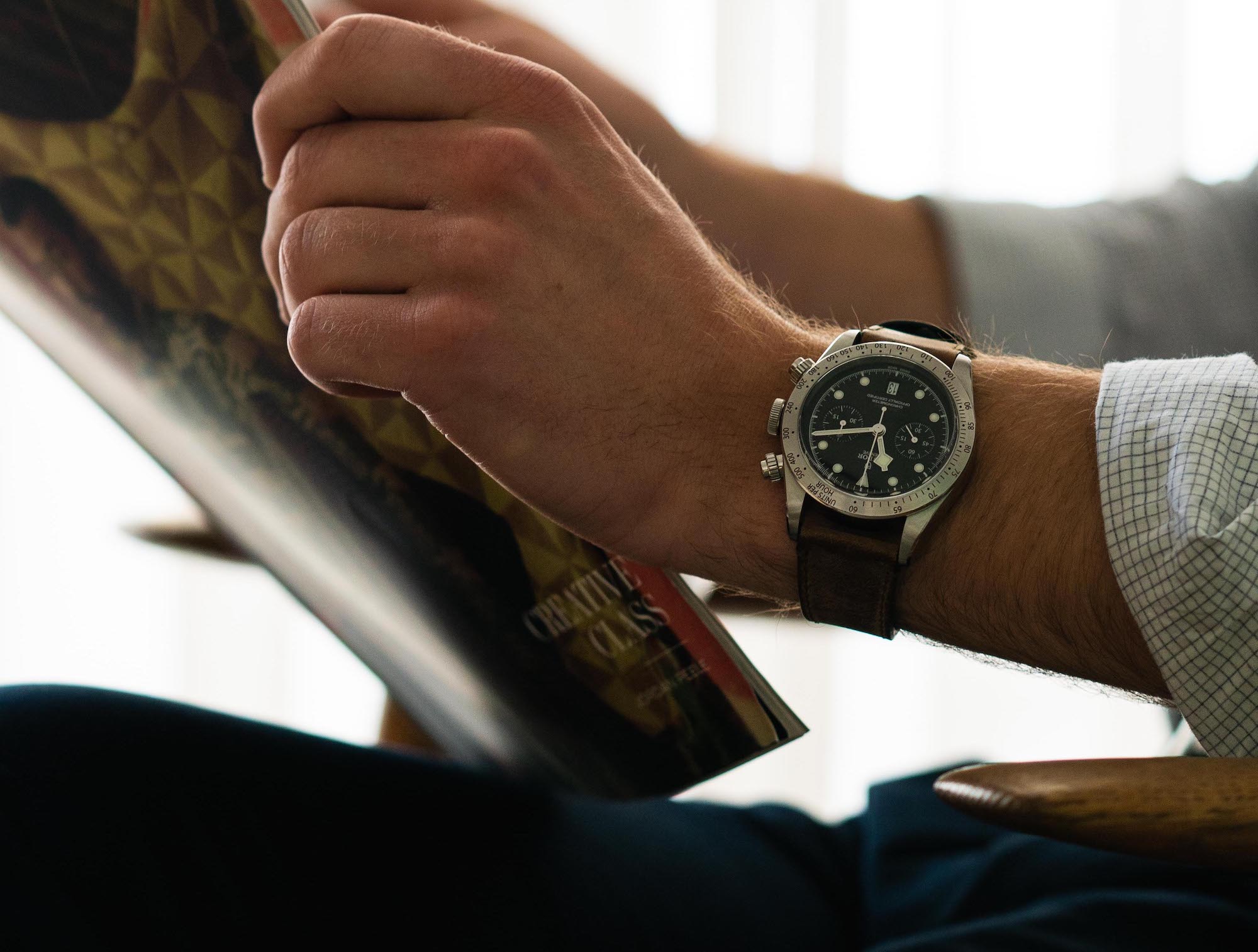 Let’s start by saying this: not all Tudor watches are created equal.

The secondhand prices of Tudor watches are driven by supply and demand. As such, not all Tudor watches have the same demand, and thus they won’t hold their value as well as more popular models.

With that in mind, the Tudor watches that hold their value the best will be the watches that are the most popular. It goes without saying.

This also means that less popular models won’t hold their value as well. 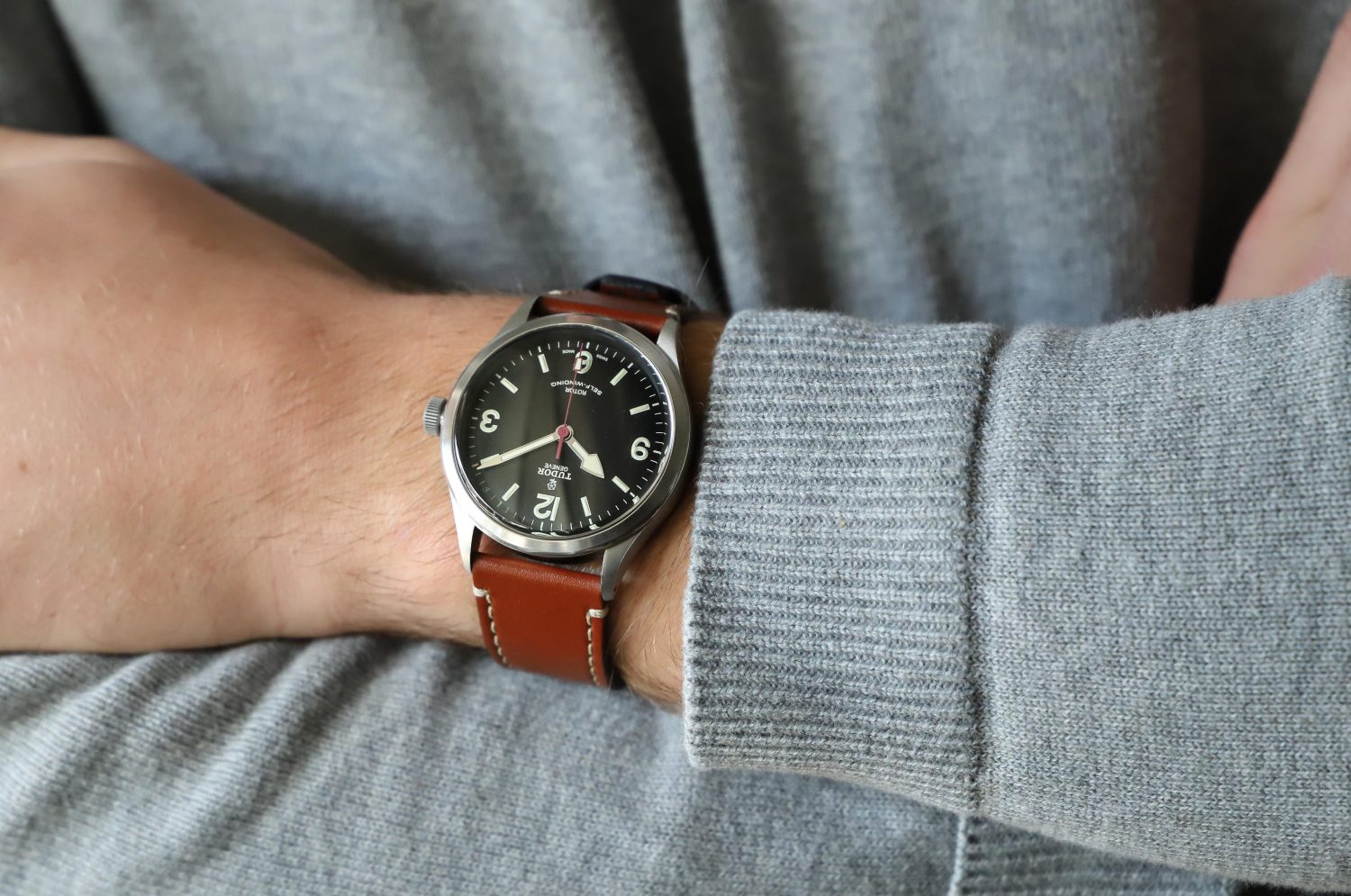 Before the brand’s relaunch in 2009, the brand had a period of struggle. It didn’t produce a lot of models that appealed to the big market, and it struggled to really cut through the noise. Especially considering the brand was absent from several major markets. The models from this time, for example, go to show that it’s not just about the brand, it’s also very much about the demand for each and every model. Because if there is very little demand, then the price of them on the secondhand market will reflect that.

Which modern Tudor watches hold their value the best?

The easy way to answer that question is to ask yourself ”which modern Tudor watches are the most popular?”.

The answer is the Heritage Black Bay and Pelagos. These two watch ranges are by far the most popular from Tudor. Whilst the Pelagos range only includes a few models, the Heritage Black Bay range includes a large number of timepieces, and not all of them are created equal. Different Black Bay models will have a different amount of demand, and thus the secondhand prices will reflect that. 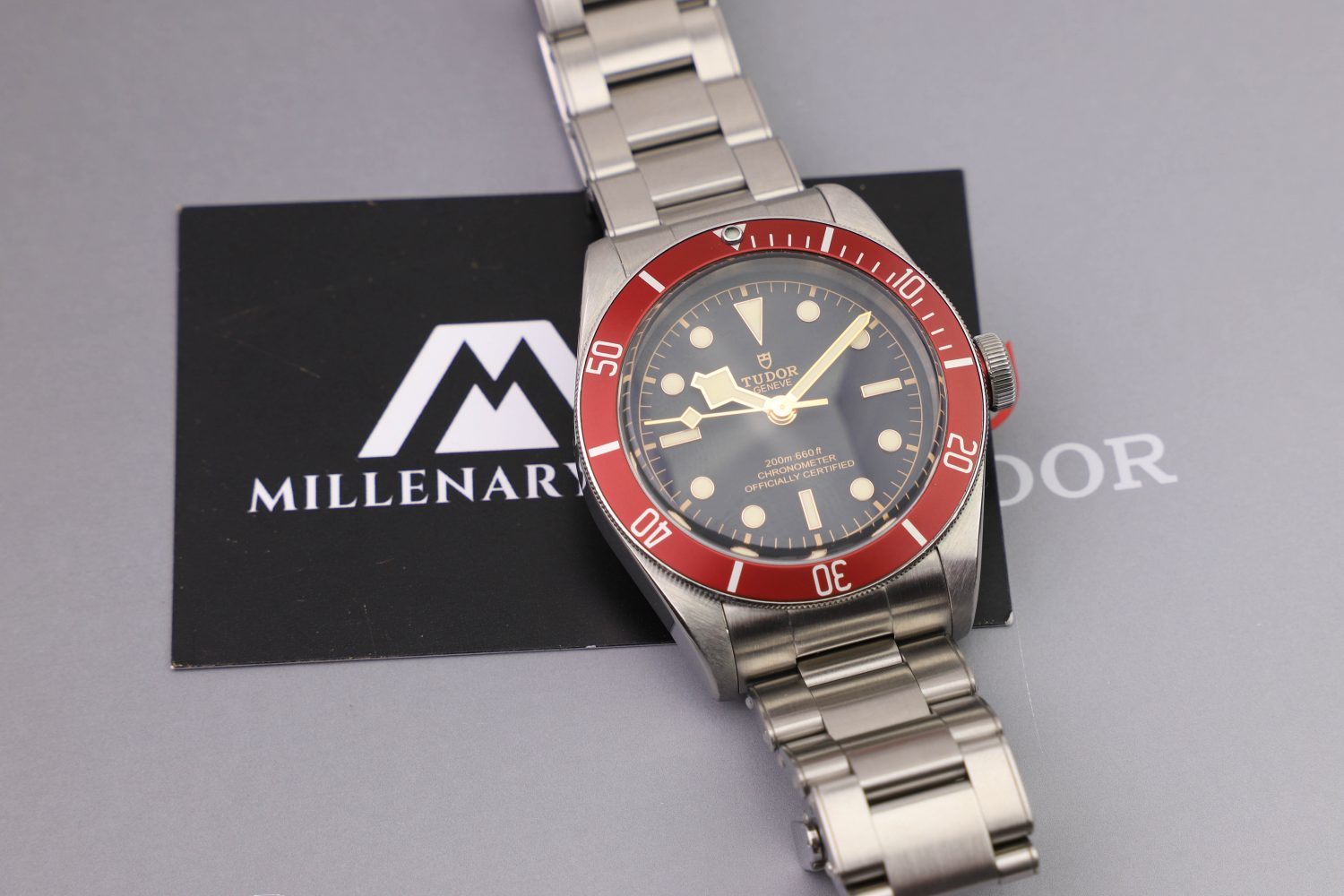 If you want a safe bet, go for the Heritage Black Bay reference 79230, Black Bay GMT 79830RB or Black Bay Fifty-Eight 79030n. These are the most popular models from the range, and therefore, they will also hold their value the best.

These models will depreciate anything from 0% to 30% from the retail price, and this is actually very good numbers of how well they hold the value. Some watches from other manufacturers can depreciate as much as 50-60%. In some cases even more. 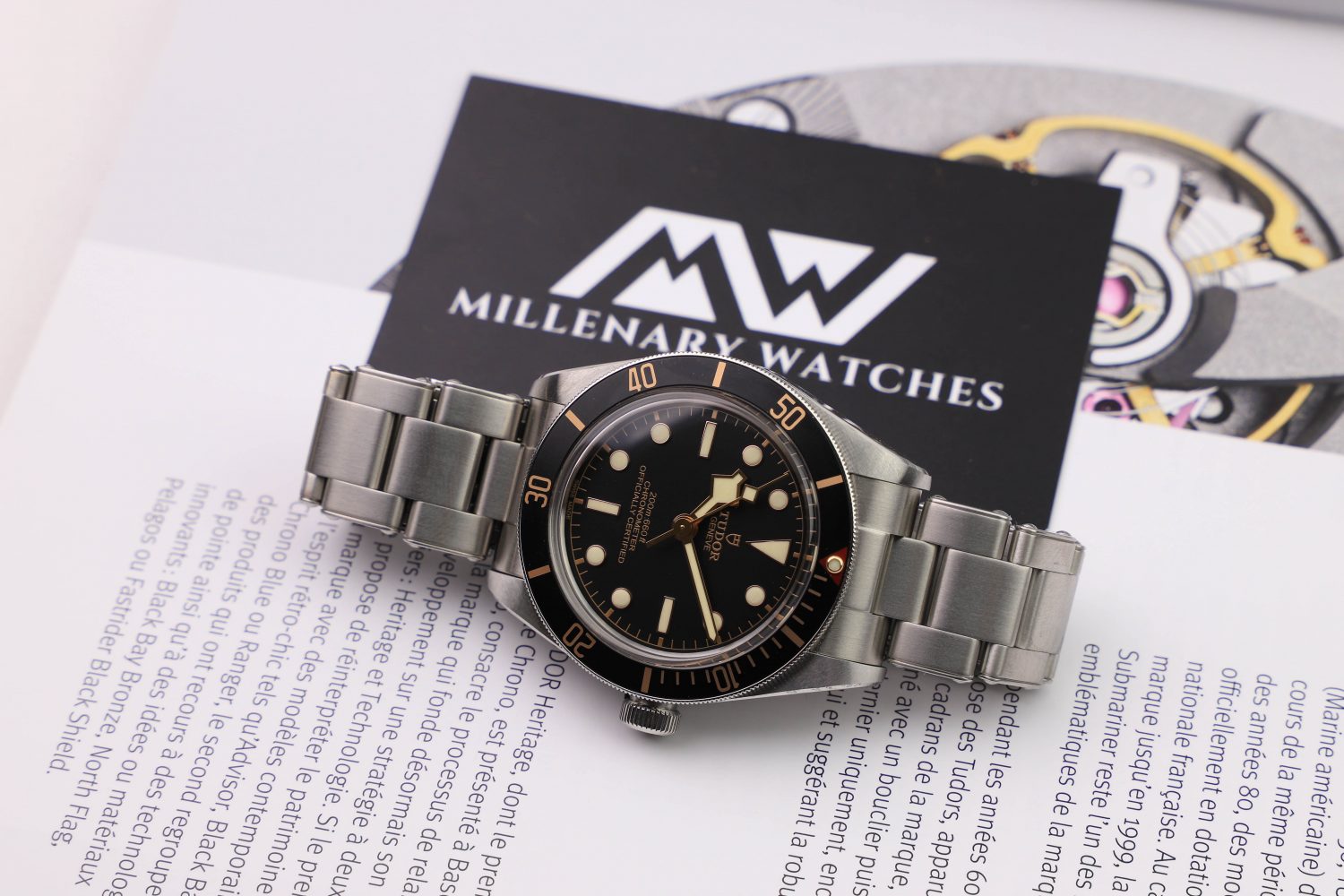 Seeing that Tudor is a brand that has been around for quite some time, the brand has also produced many different watches that have now become vintage.

The vintage models from Tudor which have proven to perform the best are the Submariner, older chronographs, such as the big block, Tiger, as well as a few other models. Collectors have really gotten their eyes open for these models, which is contributed by the brand’s close relationship with Rolex. And the thing with vintage watches is that they are getting harder and harder to find. Especially in good condition.

Buy pre-owned or from the secondhand market

For almost everything you buy in a store from a retailer, you can expect them to depreciate in value. However, with that said, if you buy a Tudor watch from the secondhand market immediately, someone else will have already taken most or all of the depreciation already. If you want to buy a Tudor watch, but you don’t want to lose

Plus, buying on the secondhand market – whether pre-owned or new, means you will not only avoid the big depreciation that happens when you buy something new.