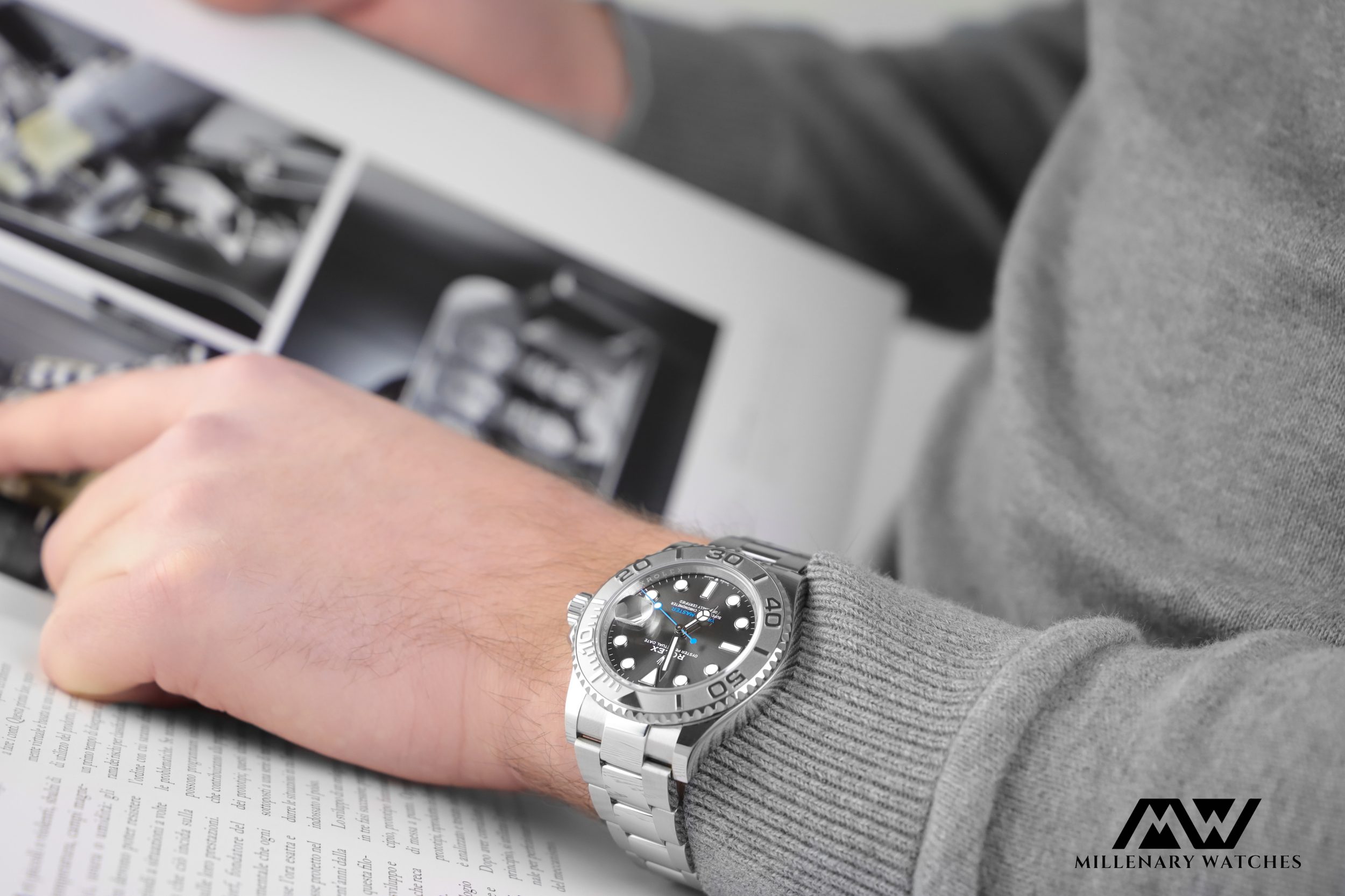 The Rolex Yacht-Master is a model that has long been overshadowed by other models such as the Daytona and the Submariner. It is also one of Rolex’s youngest models with the shortest history. Still, the Yacht-Master fills a hole in Rolex’s lineup of watches as the most dressy and elegant professional sports watch that Rolex offers.

The Yacht-Master is a sports watch, but it is designed to be more elegant and less tool-inspired than, for example, the Submariner or the Sea-Dweller. This makes it a perfect choice for those who enjoy Rolex’s professional models but also want something a bit more elegant and versatile that can work on many different occasions.

Due to the relatively young age of the Yacht-Master range, this model is sometimes forgotten and doesn’t get the same recognition as the other models in Rolex’s collection. But in this article, we are highlighting the Yacht-Master and taking a closer look at some of the most interesting facts about the Yacht-Master.

Top most interesting facts about the Yacht-Master

1. The Yacht-Master was introduced in 1992, making it one of the youngest Rolex models

Rolex is not a brand that frequently releases new models. They release new watches frequently, but they’re usually often just iterations and updates to existing models. A new bracelet, a new dial, a refined case, and so on. And so when Rolex releases a completely new model, it’s quite a big deal. Since Rolex doesn’t often release new models, the Yacht-Master, despite being introduced in 1992, is one of Rolex’s youngest Rolex models.

Only two models have since been released – the Yacht-master II and the Sky-Dweller. In other words, every time Rolex releases a brand-new model, it’s quite a big deal.

2. The Yacht-Master focuses more on luxury and elegance than the other professional models

As its name suggests, this watch is developed for Yachters. And this is naturally much less demanding than diving in demanding waters with a Submariner, for example.

Whilst the Yacht-Master is in many ways based on the Submariner, its design has been tweaked, refined, and changed to better suit a different target audience – jet-setting yachters. Therefore, the design was tweaked to get a more elegant and luxurious feel. 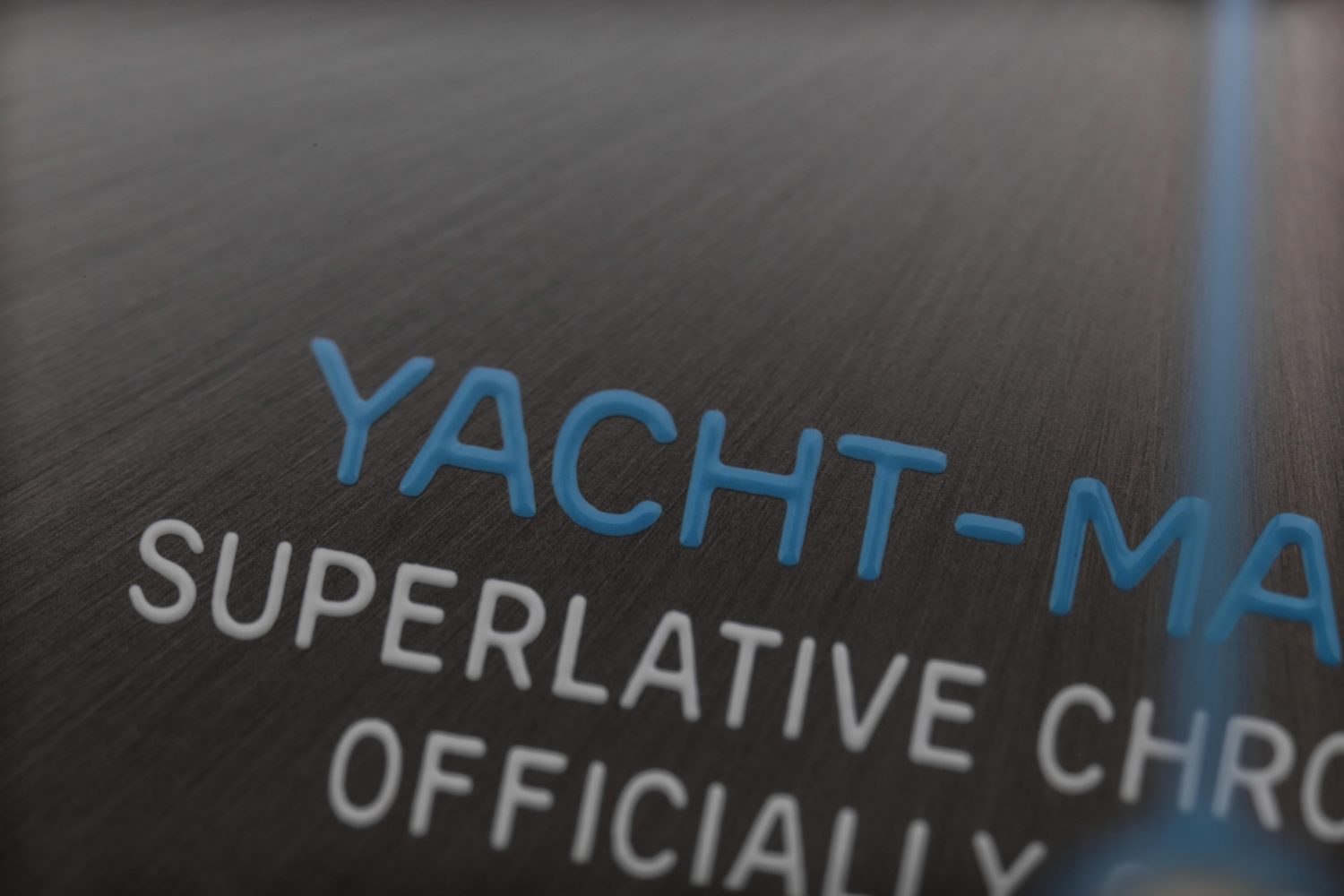 3. The first Yacht-Master was made in full yellow gold

As discussed, the Yacht-Master targeted a different clientele and a different purpose than what the rest of the professional watches did. It represented a much more elegant and stylish alternative. As such, it doesn’t come as a surprise that the first Yacht-Master was made in full 18ct gold. Today, the model line has been expanded to include all kinds of different materials, from steel to solid gold as its popularity grew. Plus, today, most people who wear a Yacht-Master are not yachters.

Rolex made the first Yacht-Master in yellow gold to prove a point, or more correctly to highlight the type of watch it was intended to be. It wasn’t intended as a tool watch made for the most extreme environments like all of its other steel professional watches. It was a watch made for the open seas and an ultra-luxury sports watch.

The first Yacht-Master reference launched in 1992 was the 16628. As discussed earlier, it was made in full 18ct gold with a solid yellow gold oyster bracelet and a 40mm case. One of the biggest differences from the Submariner is that the bezel is bidirectional and not unidirectional. 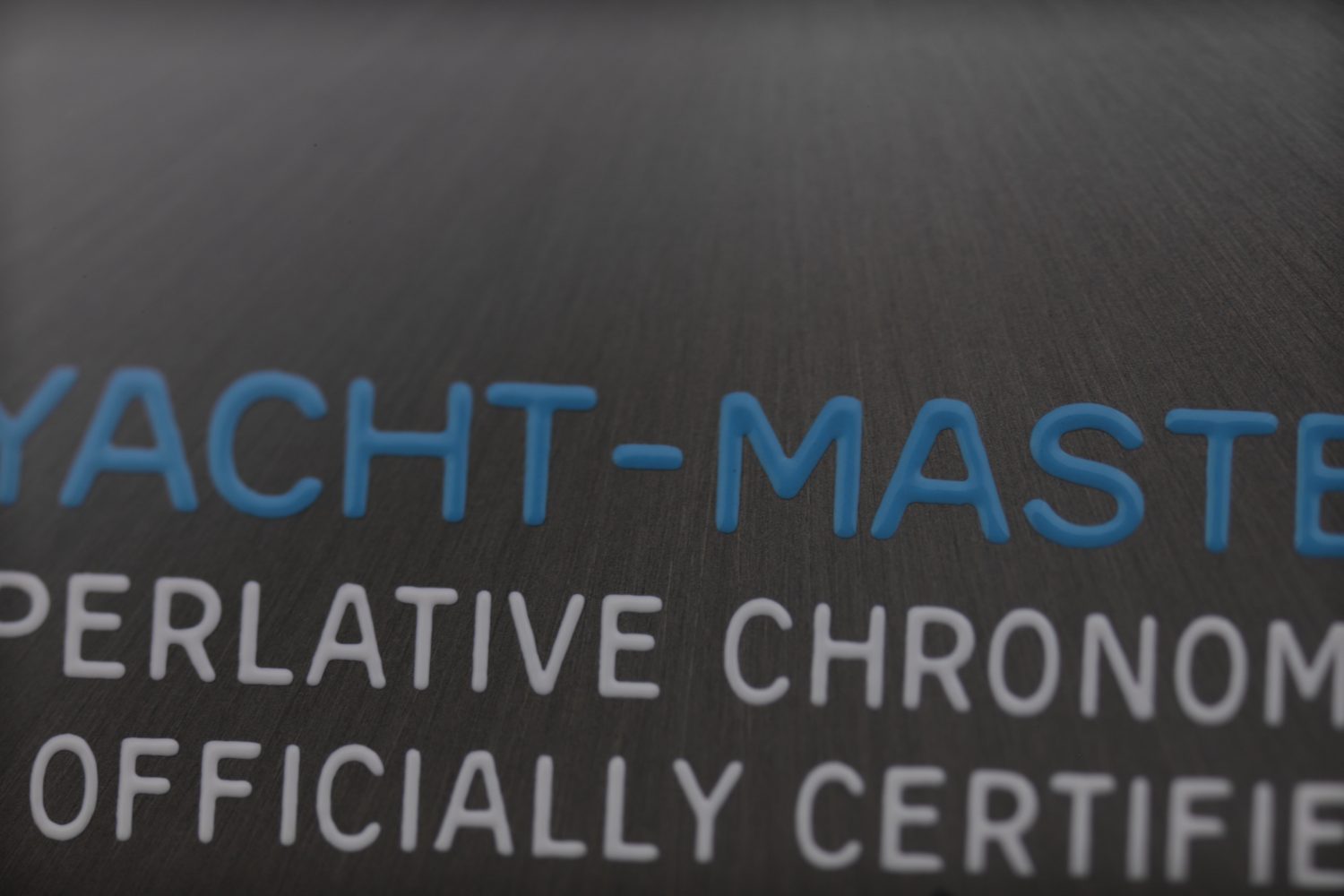 5. The Yacht-Master range was expanded with new sizes

Originally, the Yacht-Master was only released in one size, 40mm, but in the coming years, Rolex expanded the collection with more sizes and new iterations. Today, the Yacht-Master is available in three sizes, 37mm, 40mm, and 42mm. But back in the day, Rolex also made Yacht-Masters in 29m and 35mm which have since been discontinued.

6. The bezel of the Yacht-Master is bi-directional

“This functional bezel – which allows the wearer to calculate, for example, the sailing time between two buoys – is also a key component in the model’s distinctive visual identity.”

7. The Yacht-Master has a water resistance of 100m – and always has

The water resistance of the Yacht-Master is and has always been 100m/330 feet. Whilst is capable of increasing the water resistance, the depth rating is more so a way to position its models differently. 100m is well enough to go swimming and even diving (except for deep diving), but it’s a way to highlight the fact that this model isn’t a professional diver’s watch. It’s more so a watch that you are meant to wear on the yacht with a drink in your hand, not on top of the wetsuit 100 meters below the surface. 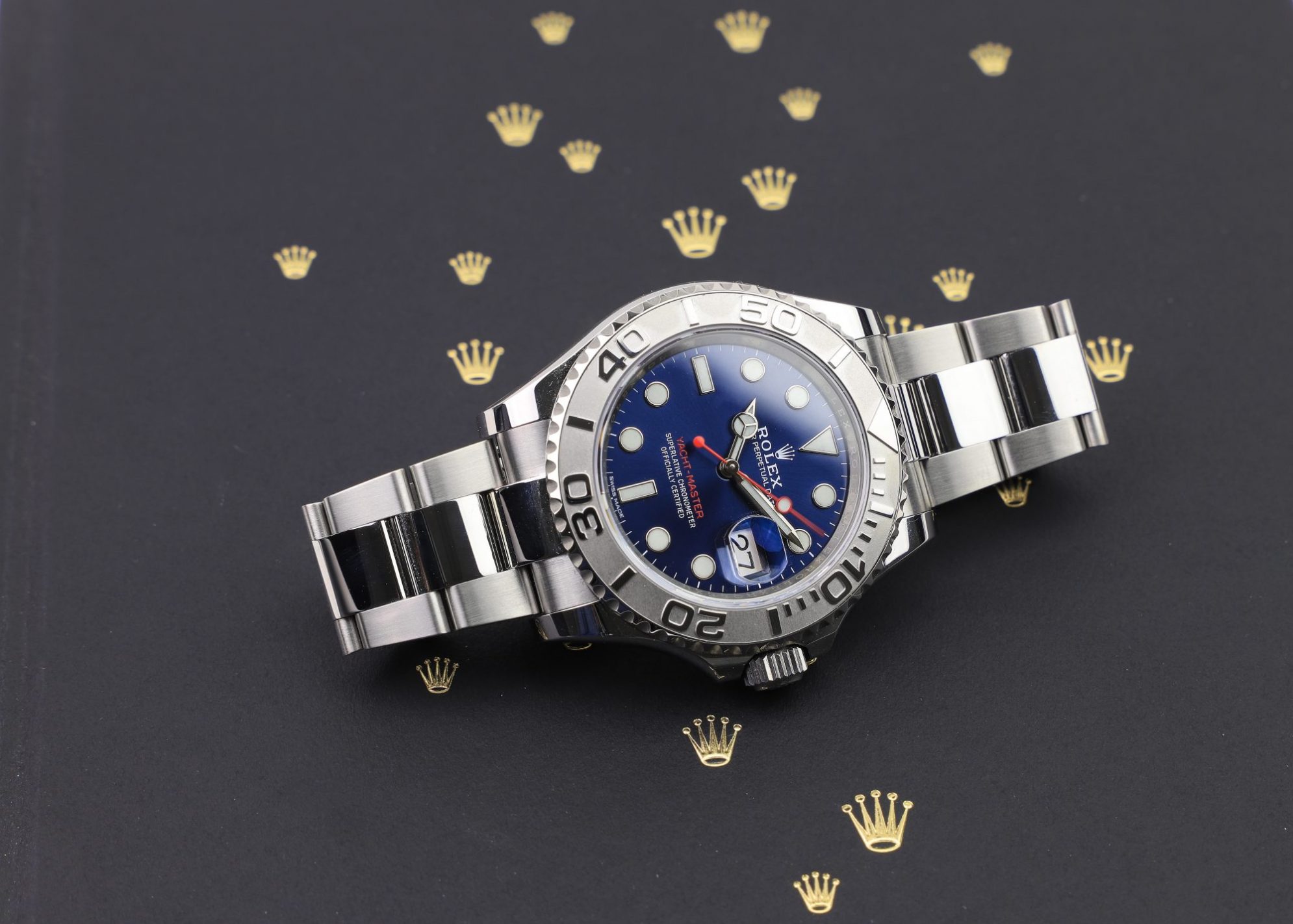 8. The Yacht-Master was the first watch to have an Oysterflex bracelet

Today, the Oysterflex bracelet can be seen on several different watches, including the Sky-Dweller, Daytona, and of course Yacht-Master.

But did you know that the Yacht-Master is the first model to debut this bracelet?

The first Rolex watch to feature the Oysterflex bracelet was the Yacht-Master 40 reference 116655 in rose gold. Whilst you may say that this is not a big deal, Rolex very rarely releases new bracelet designs and mostly relies on its classics, predominantly the Oyster and Jubilee bracelets. With the launch of the 116655, Rolex was testing the waters with a new rubber strap and it’s safe to say that it was a huge success, seeing that it has since been introduced to several additional models.

Important to point out is that the Oysterflex is not just your average rubber strap. Unsurprisingly, Rolex went above and beyond in developing a new rubber strap. In fact, Rolex calls it a bracelet because it has metal blades inside the rubber for better shape retention. Moreover, the Oysterflex has “cushions” on the inside to allow the wrist to create and sit more comfortably on the wrist.

Rolesium is a new combination of metals that Rolex developed specifically for the Yacht-Master. Most people are familiar with the term “Rolesor” which refers to a two-tone watch made with yellow gold and stainless steel.

But Rolesium is actually a combination of stainless steel and platinum components.

“Rolesium is a creation specific to the Yacht-Master. While the case and bracelet are in rugged Oystersteel, the bezel of the Rolesium versions is made of platinum, imparting a silvery whiteness and vibrant luminosity for an unmistakable sense of luxury.” 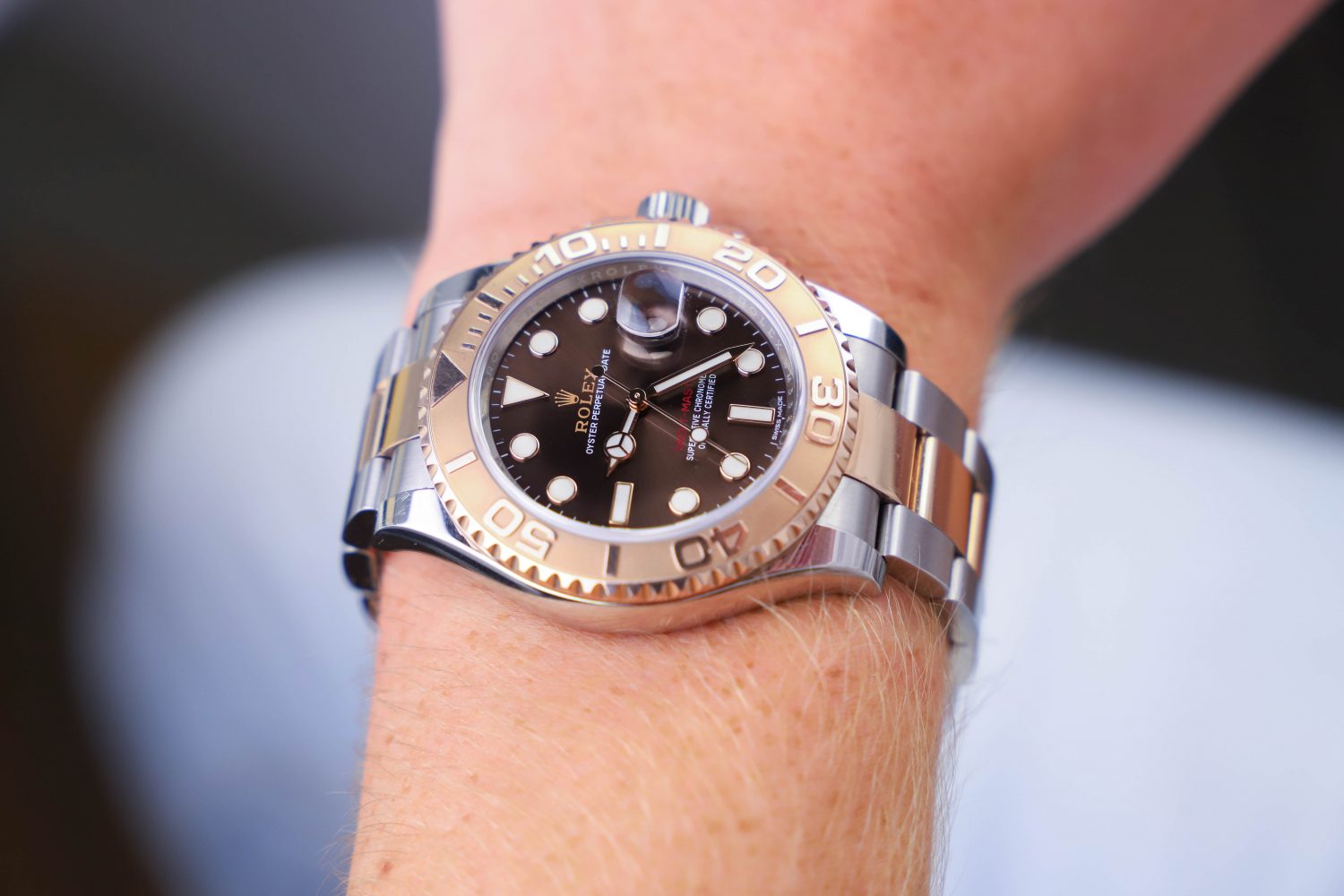 10. Rolex introduced a ceramic bezel for the Yacht-Master for the first time in 2015

2015 saw the launch of the Yacht-Master 116655 and its 37mm counterpart. They are made in 18ct Everose gold and fitted with black ceramic bezels.

But unlike the rest of Rolex’s ceramic bezels, the bezel on the Yacht-Master has raised numerals instead of recessed. Moreover, the bezel is not polished except for the raised minute markings.

11. The launch of the Yacht-Master was the first new model Rolex released in 25 years

As discussed, Rolex doesn’t introduce new models frequently so when it does happen, it’s quite a big deal. When the Yacht-Master was launched in 1992, Rolex hadn’t released a new model in 25 years. The last model Rolex released was the Sea-Dweller, released in 1967. After the Yacht-Master, it took another 20 years for a new model to be released, the Sky-Dweller. 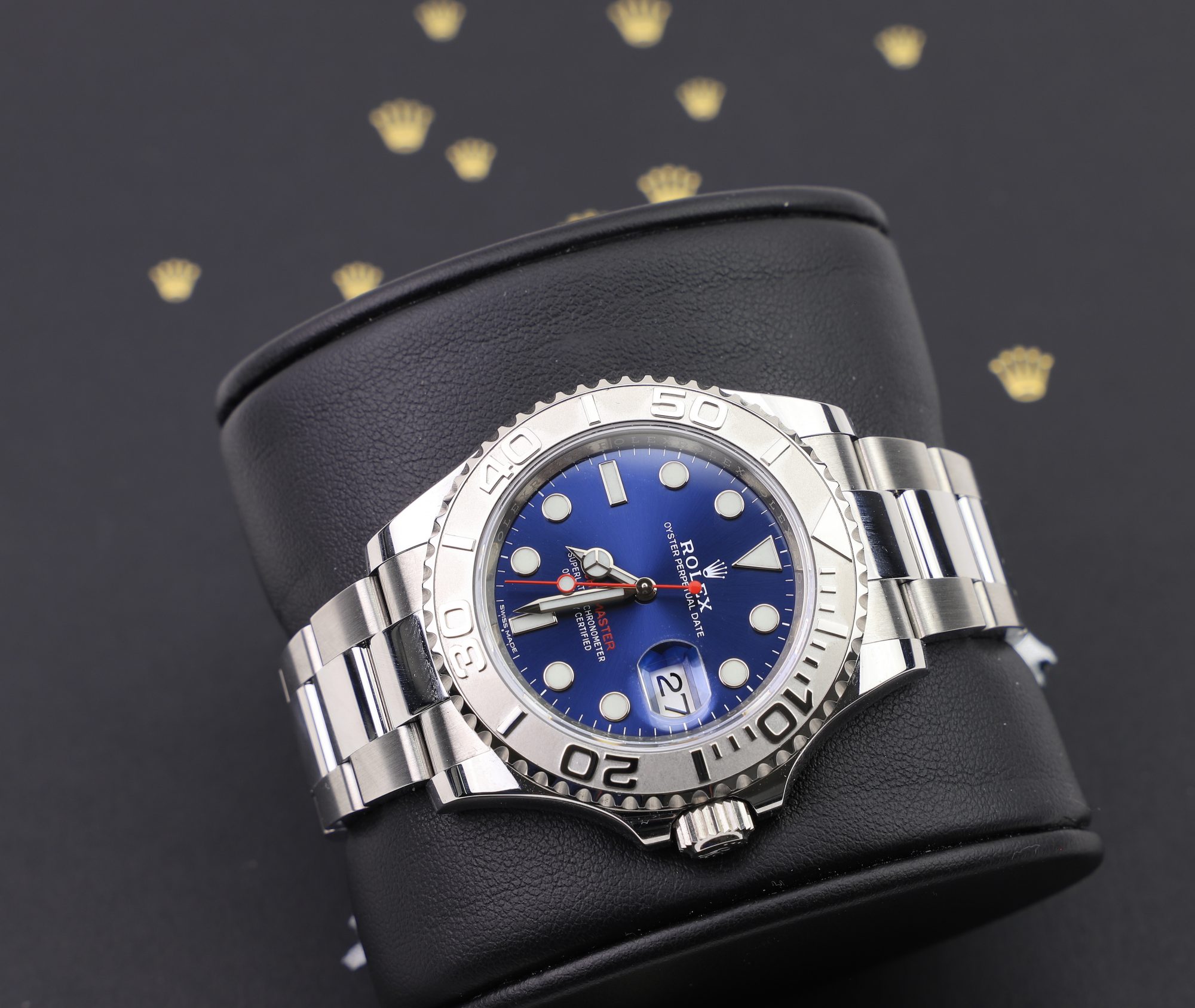 12. Rolex has a close relation with yachting

Whilst it took until 1992 for Rolex to create a yachting-dedicated timepiece,  Rolex’s history with Yachting goes back to 1958. That year, Rolex partnered with the New York Yacht Club. At the time, it was Rolex’s reputation for making reliable and durable waterproof timepieces that made them particularly appreciated in the yachting world.

Rolex continued to strengthen its relationship with the yachting community in many ways over the coming years and decades. In 1966, for example, Rolex was a part of the historical event when Francis Chichester became the first person to sail around the world on his yacht. On his wrist throughout the voyage was of course a Rolex. The journey started in August 1966 and finished in May 1976. 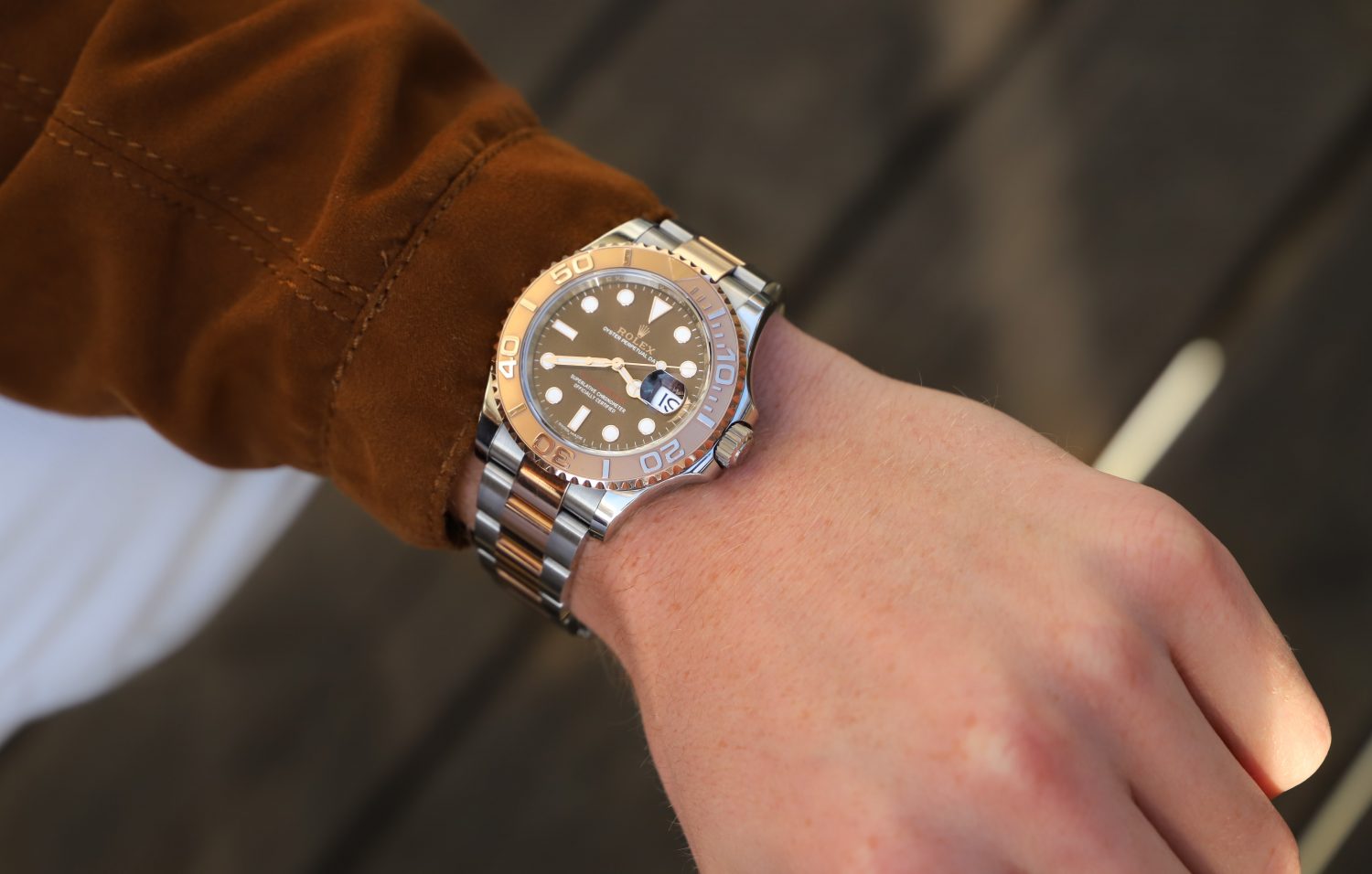 13. Rolex created a Yacht-Master prototype based on the Daytona in the 1960s

As discussed, it took a long time for Rolex to finally create a model dedicated to yachting. However, already in the 1960s, it seems that Rolex was playing with the idea of a watch made for yachting. This didn’t come in the form of a new model but rather a prototype version of the Cosmograph Daytona (with the only difference being the dial). These prototypes had the Yacht-Master name on the dial so it is very interesting to see that Rolex, some 30 years later came back and used its prototype name for the official model.

It’s unknown how many Cosmograph Yacht-Master prototypes Rolex made, but today, only 2 are known, with one of them belonging to Eric Clapton and sold at auction in 2003 for $125,100. 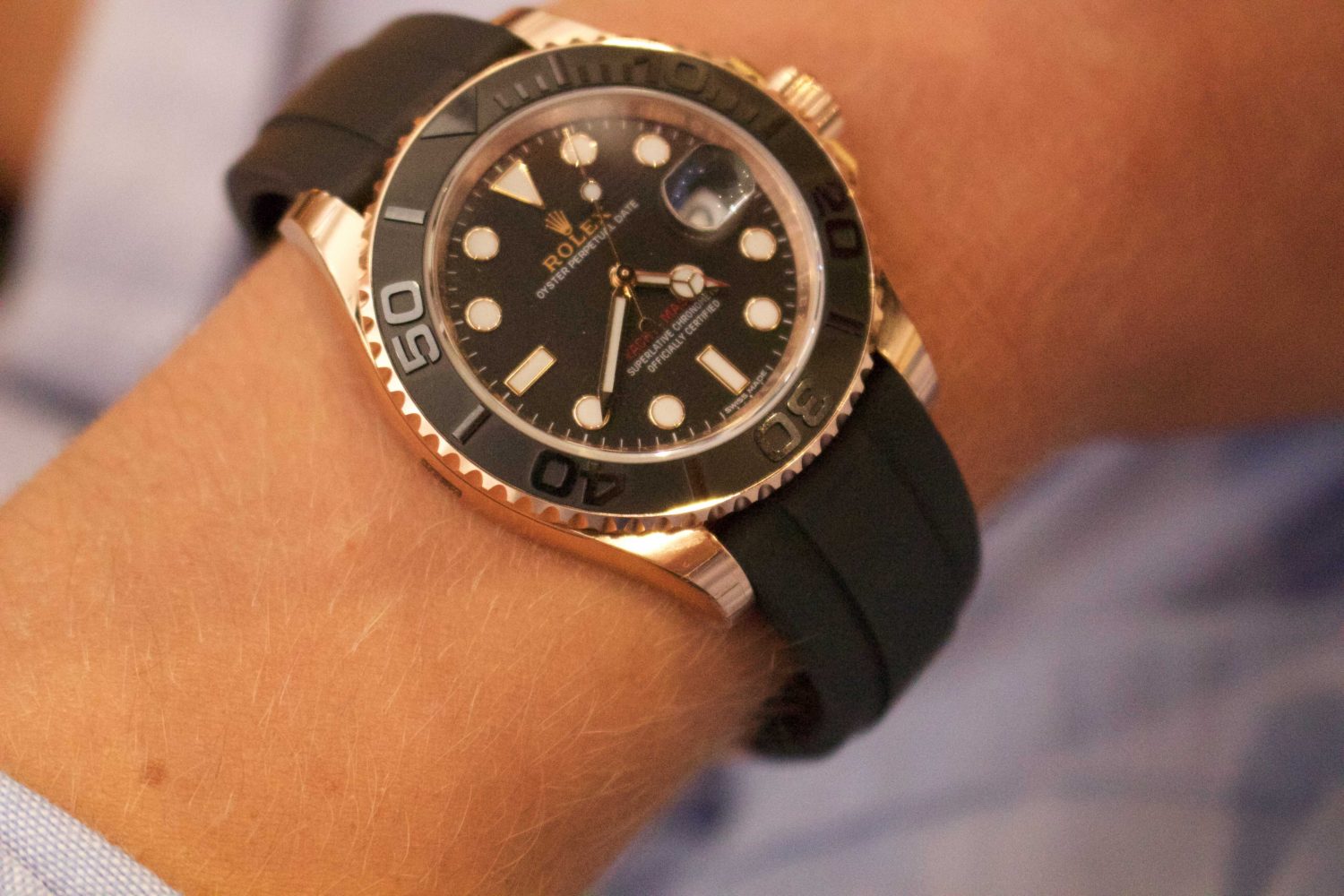 14. The Yacht-Master is one of Rolex’s most diverse model

Whilst most of Rolex’s models are usually only made in a few select iterations, the Yacht-Master is available in a wide selection of materials, dials, and sizes.

The Yacht-Master is available in virtually all materials that Rolex makes, except for solid platinum.